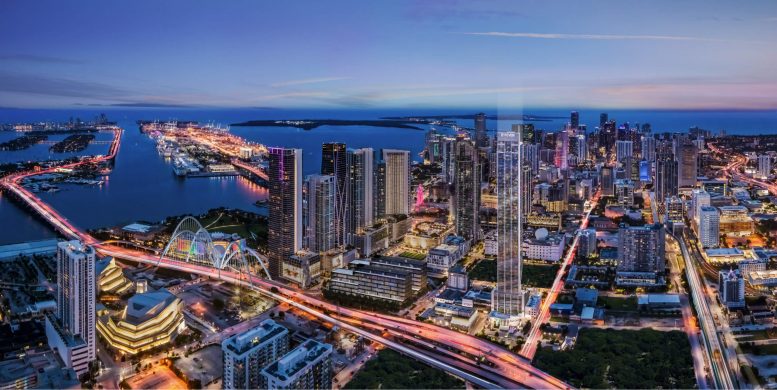 Developers Property Markets Group and E11EVEN Partners are thrilled to announce the acceptance of cryptocurrency for condominium deposits at E11EVEN Hotel & Residences, a 698-foot-tall mixed-use building anticipated to rise in the evolving Park West district of Miami. Addressed as 20 Northeast 11th Street, the 65-story tower is the first project to accept cryptocurrency as a form of payment for condo deposits during pre-construction, and simultaneously is on track to become the fastest selling development within the last decade. The luxury high rise will yield 375 fully-furnished residences, including a Penthouse collection and 2 Presidential suites.

This announcement comes at a critical point in time for the City of Miami as the push to establish cryptocurrency as an official mainstream form of money and capital continues. Night-life venue E11EVEN Miami, owned by developer E11EVEN Partners, is the first major nightclub to accept Bitcoin, Ripple, Dogecoin and others to pay for food, drinks and merchandise, and just recently, the Bitcoin 2021 Conference occurred in Miami as Mayor Francis Suarez backs the acceptance of cryptocurrencies. So in essence, it makes logical sense for developments like E11EVEN Hotel & Residences to join the movement as it becomes one of the leading forms of wealth management in the world. And although the cryptocurrency markets can be extremely volatile, transacting is actually quite simple. When receiving a condo deposit in this manner, once the crypto funds are received, they are then converted into a stable coin such as USDT (Tether) or USDC (USD Coin) to remove the threats of volatility. Ultimately, the converted funds can then be exchanged for dollars, thus completing the end goal and securing the payment.

“We are thrilled to join powerhouses like Goldman Sachs that are embracing cryptocurrency as a focal point of future commerce,” said Ryan Shear, Managing Partner of PMG. “Our goal is to lead the real estate development and hospitality industry in implementing modern technology, and accepting digital currency is one more way we’re doing that.”

Now let’s talk a little bit more on the development itself. The developers tapped Sieger Suarez Architects for the design of the building, featuring interiors by AvroKO Hospitality Group & Studio Ramirez. The most current renderings depict a massive reinforced concrete superstructure featuring floor-to-ceiling glass windows and a massive cantilever just below the stack of outdoor terraces along the southern elevation. The tower volume rises out of a multistory podium, that’ll directly face the E11EVEN Miami nightclub right across the street. The trademarked logo of the brand is perched at the top of the structure, followed by vertical lines of light gray smooth stucco or concrete running down the perimeter columns. 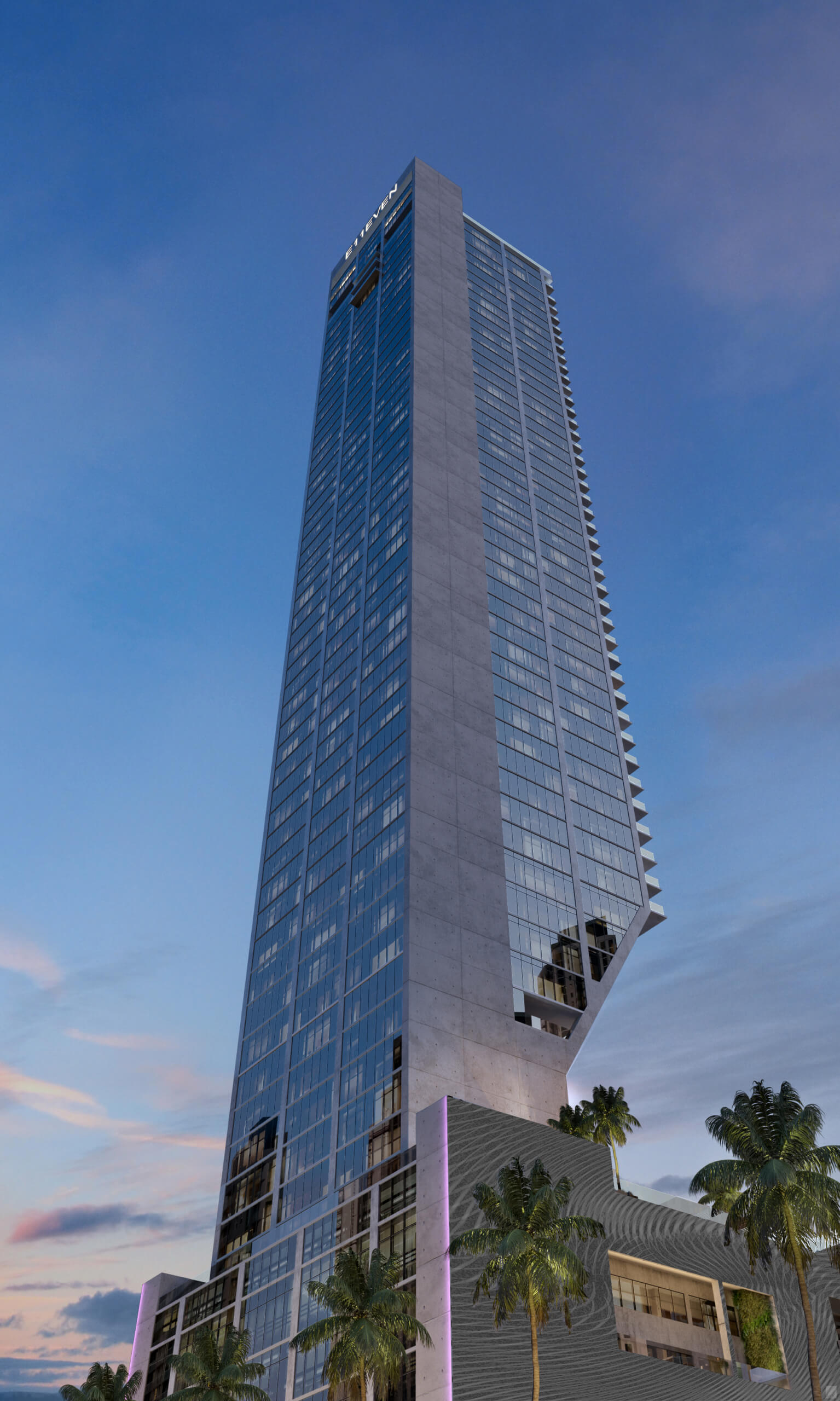 However, it’s the building’s features, residential offerings and amenities where things get interesting and really enticing. Let’s start off with the location; Park West is an optimal location for the development as it is in close proximity to Maurice A. Ferre Park, the Perez Art Musuem Miami, FTX Arena, Adrienne Arsht Center for the Performing Arts and of course, views of Biscayne Bay just off the bay-walk. Transportation is at ease with Miami’s 11th Street Metromover Station and Brightline’s high speed rail nearby. The building features the latest“smart building” technology with a custom E11EVEN app, connecting residents to the concierge services and building amenities. The common areas featuring museum-quality curated fine art and installations, paired with a modern and high design residential lobby space. Residents also have access to Club E11EVEN Bar & Lounge, as well as a 5-star gourmet food hall and a casino-style sports lounge featuring an expansive LED video wall with stadium style seating experience. Chopra Spa & Studio features mind & body experiences, and a then there is a state-of-the-art fitness center, with spaces for meditation and yoga. The E11EVEN Day Club and pool sits above 11 stories and oversees the Miami skyline with up to 20,000 square feet of space equipped with ample seating and cabanas. And to top it all of,  E11EVEN Hotel & Residences feature a rooftop poolside venue featuring its own signature dining experience and views of the cityscape, Biscayne Bay and Atlantic Ocean. 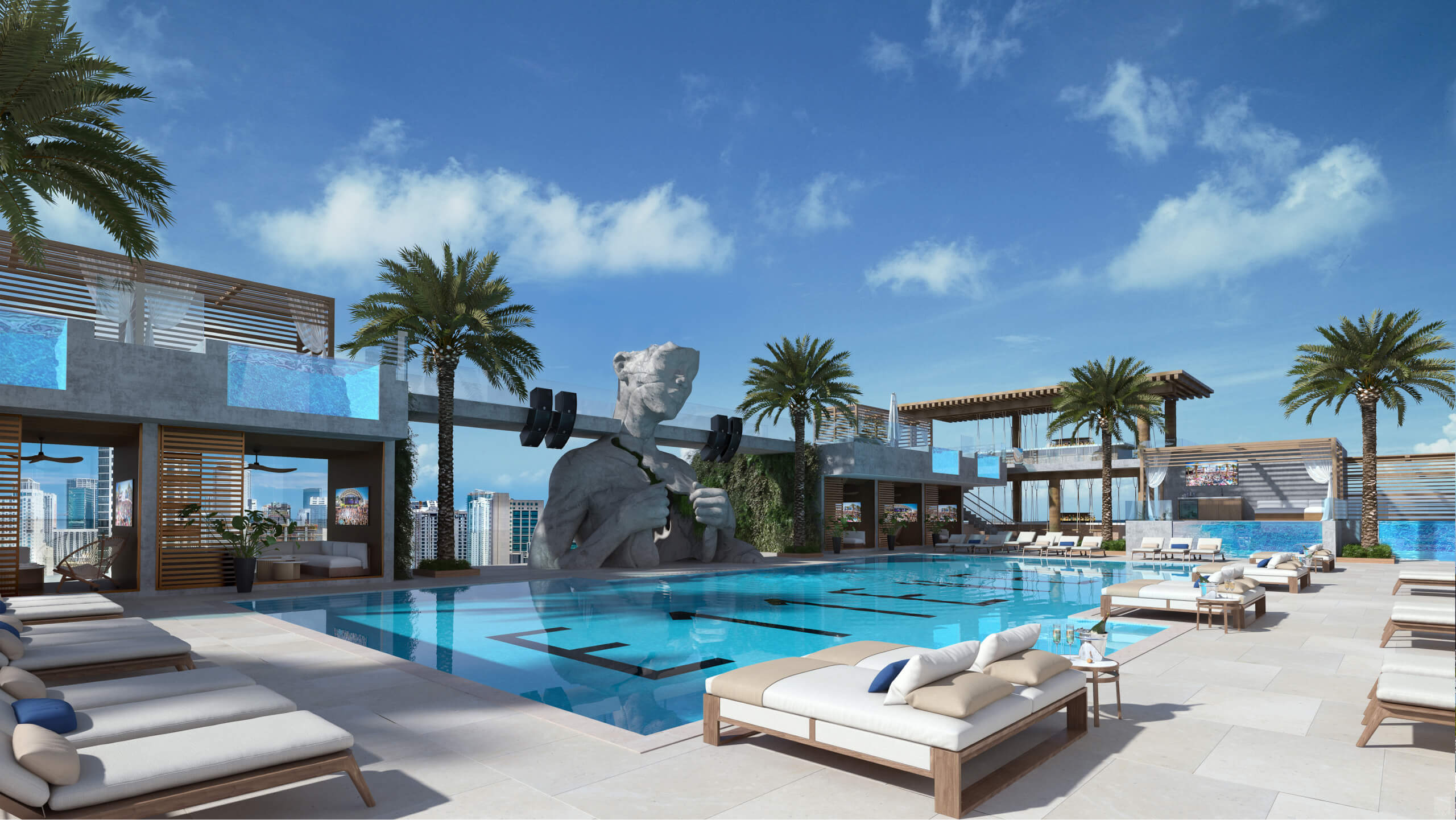 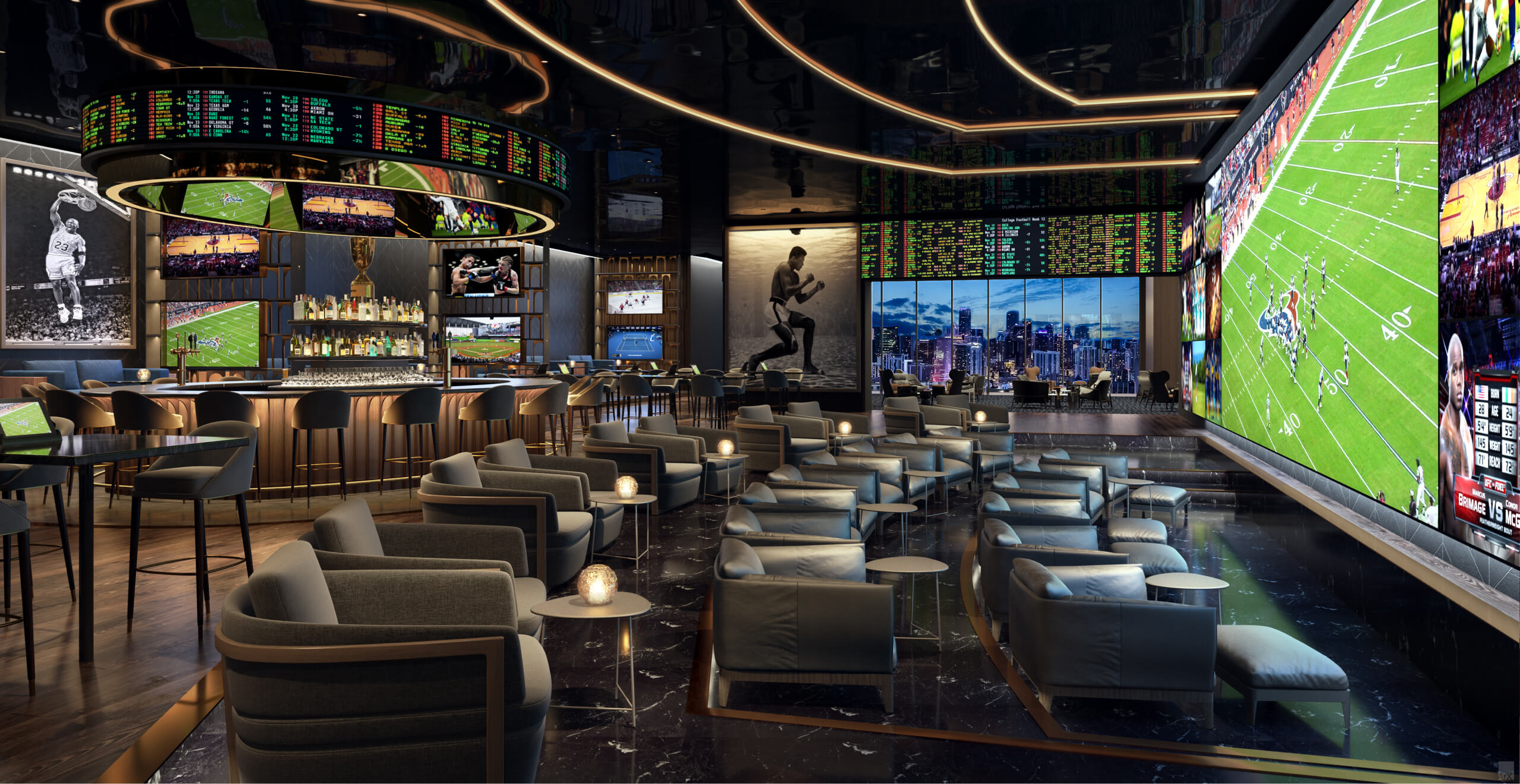 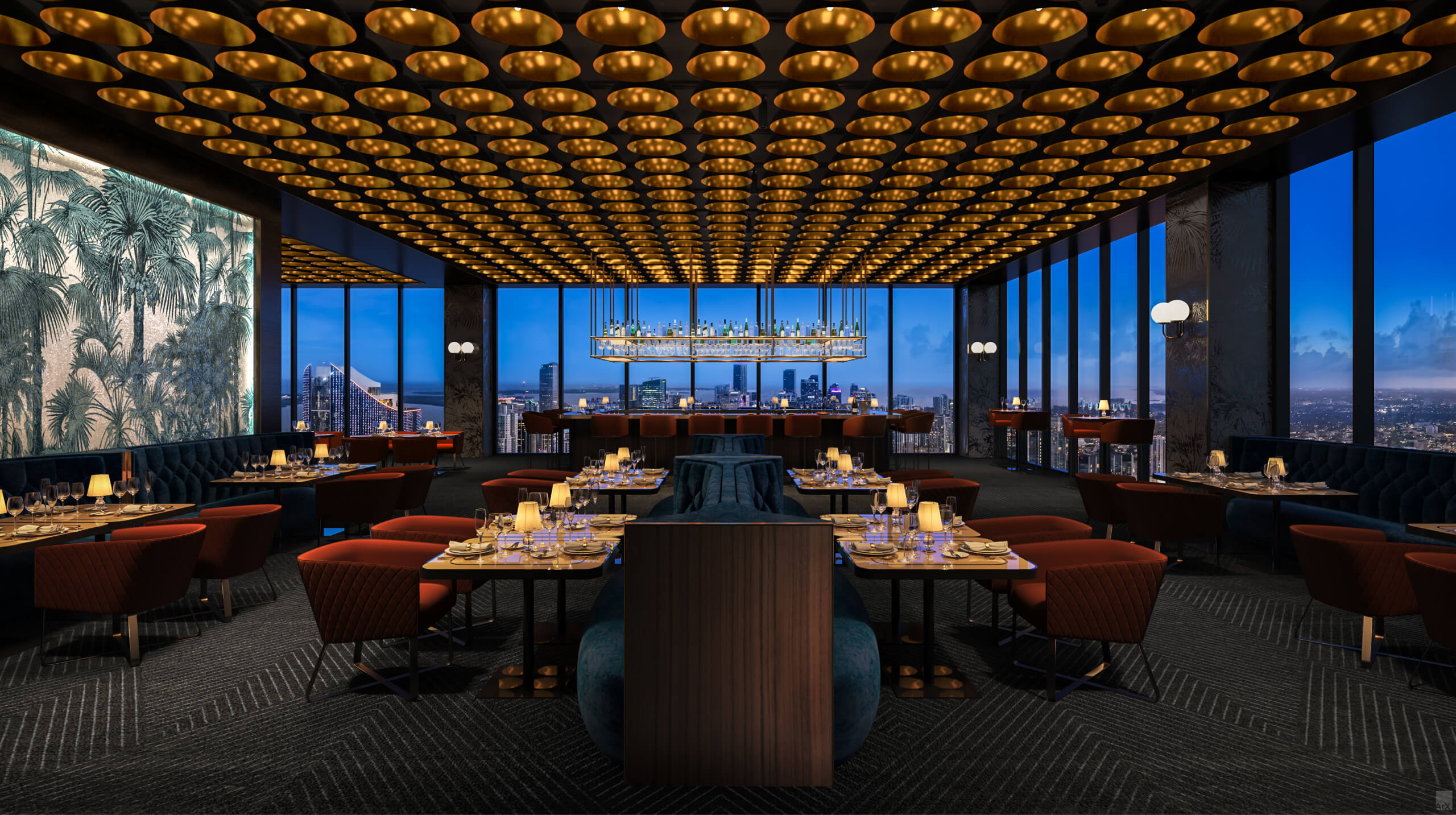 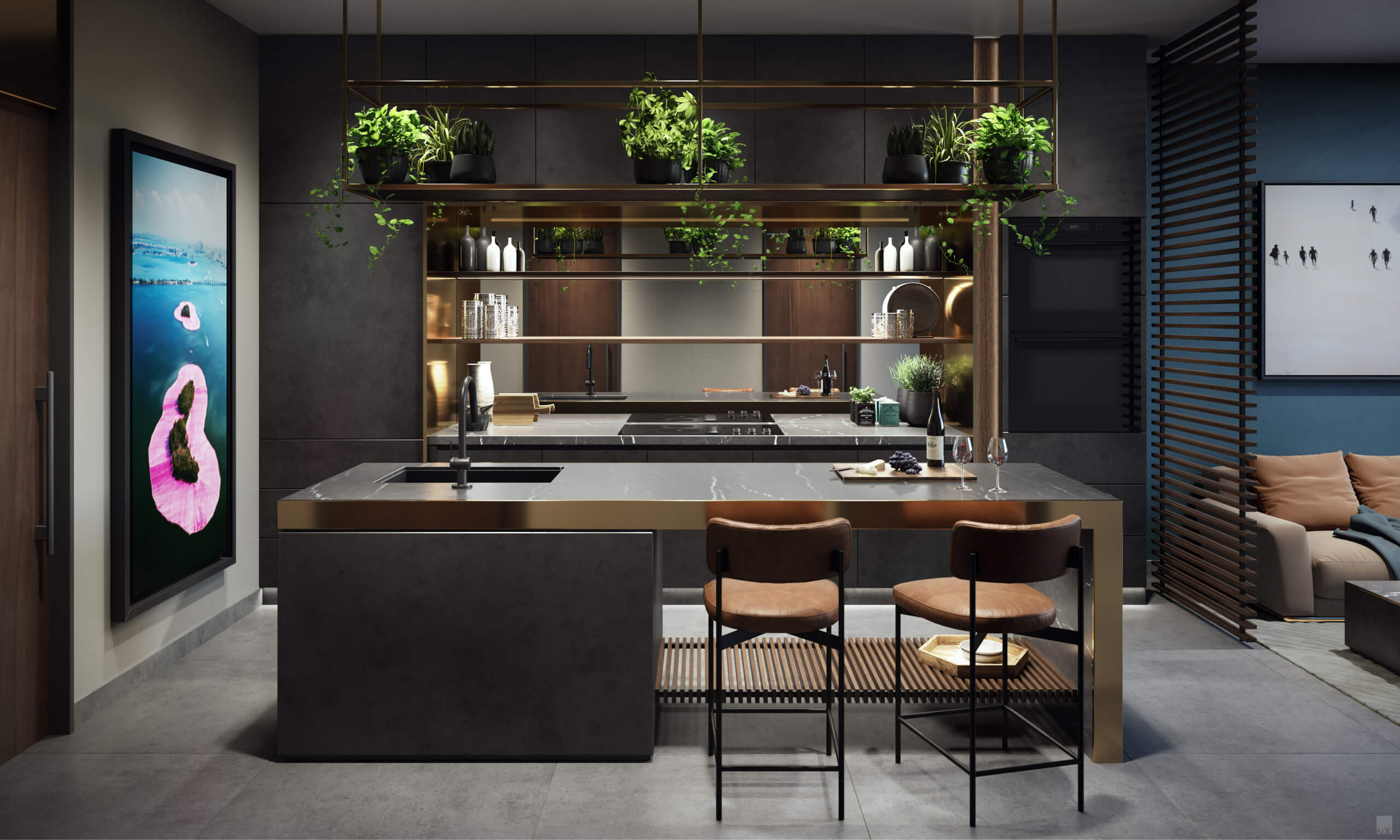 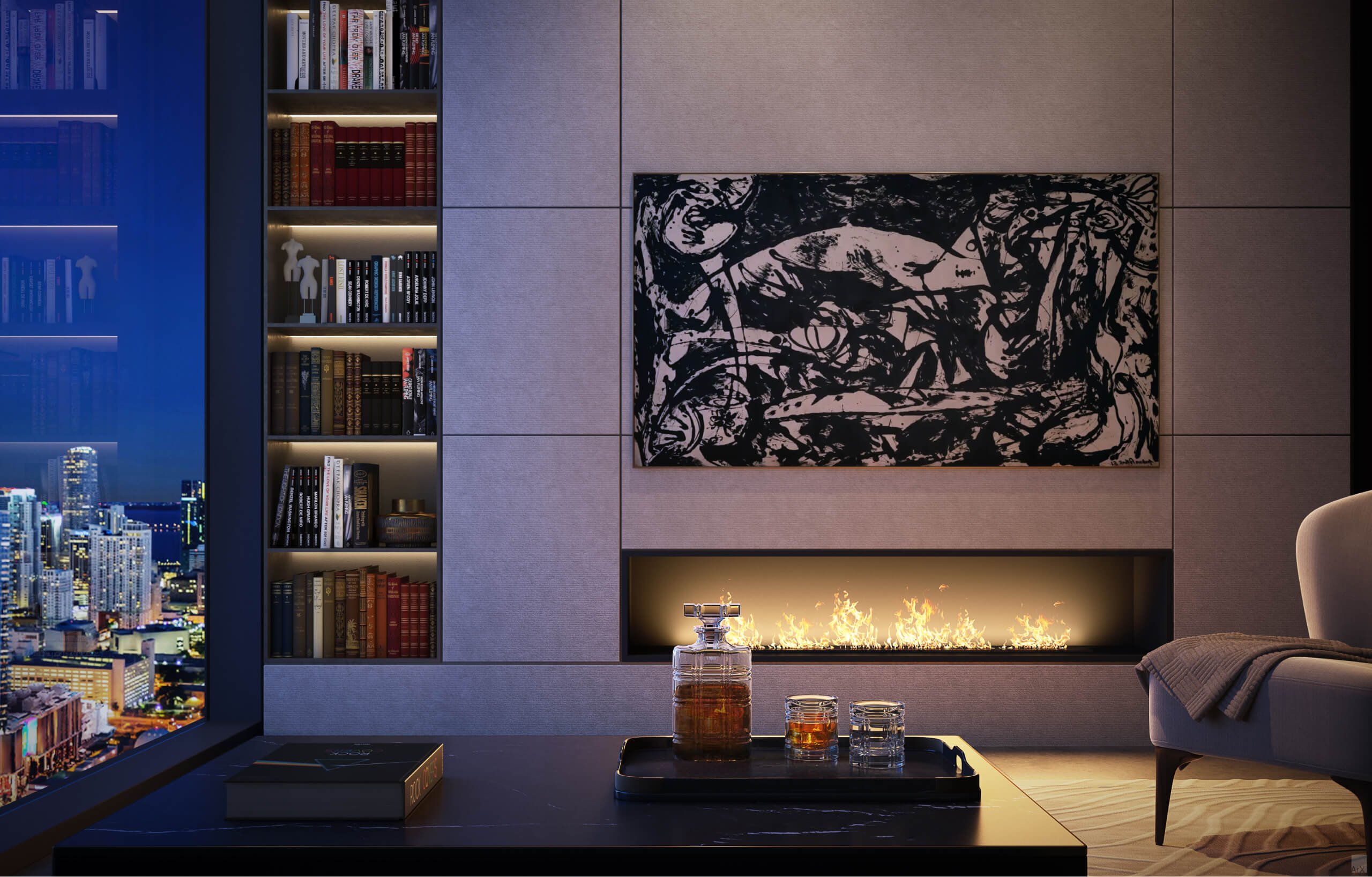 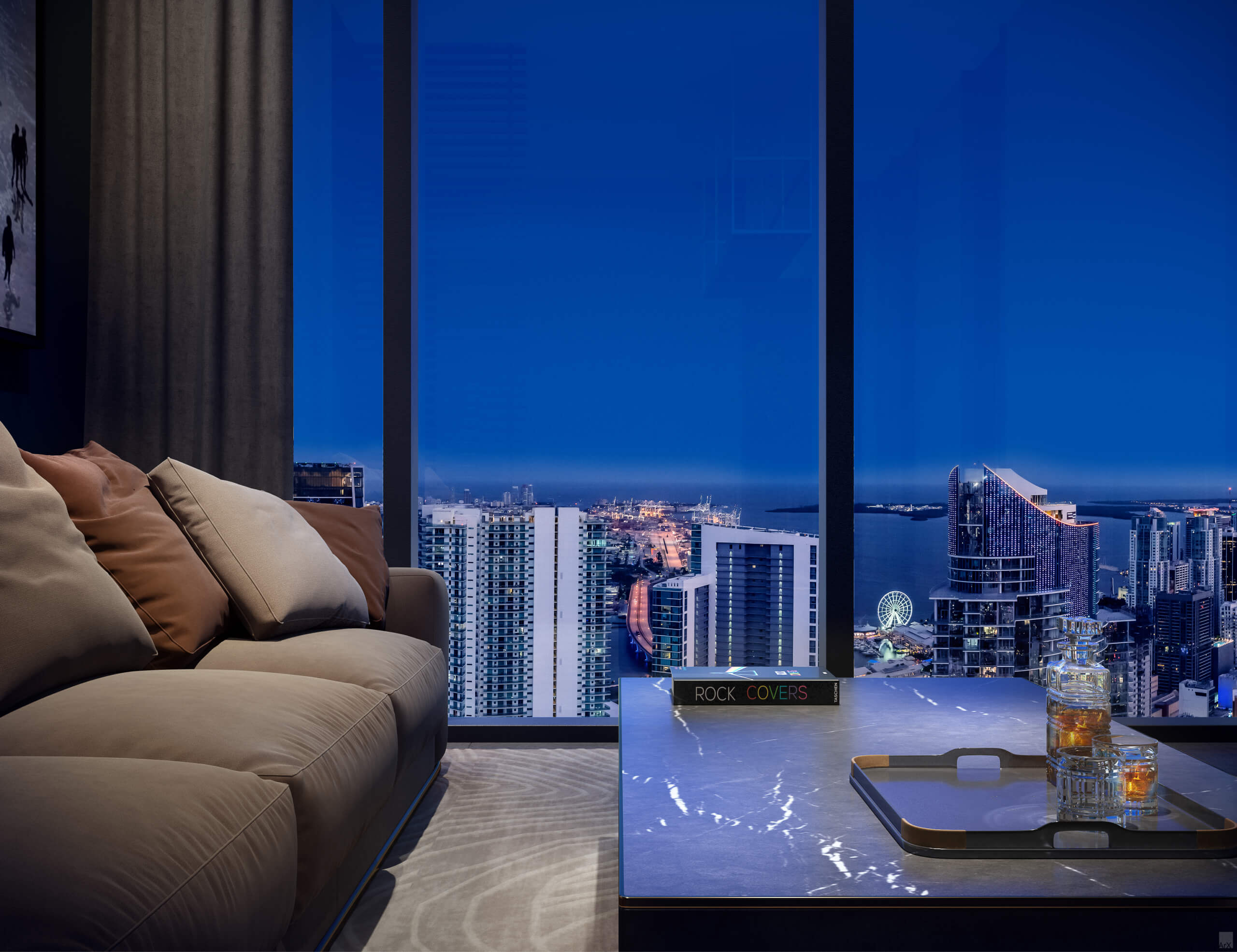 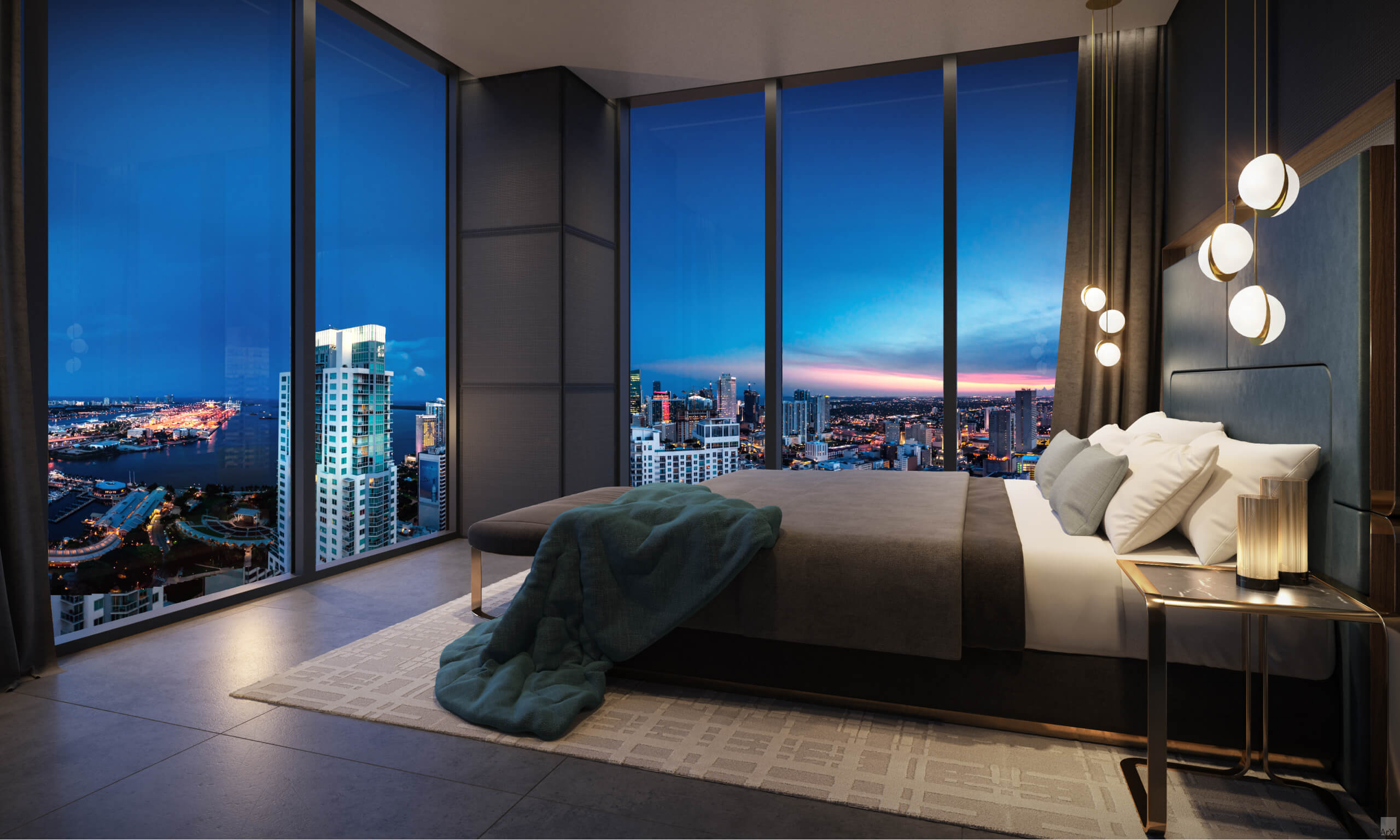 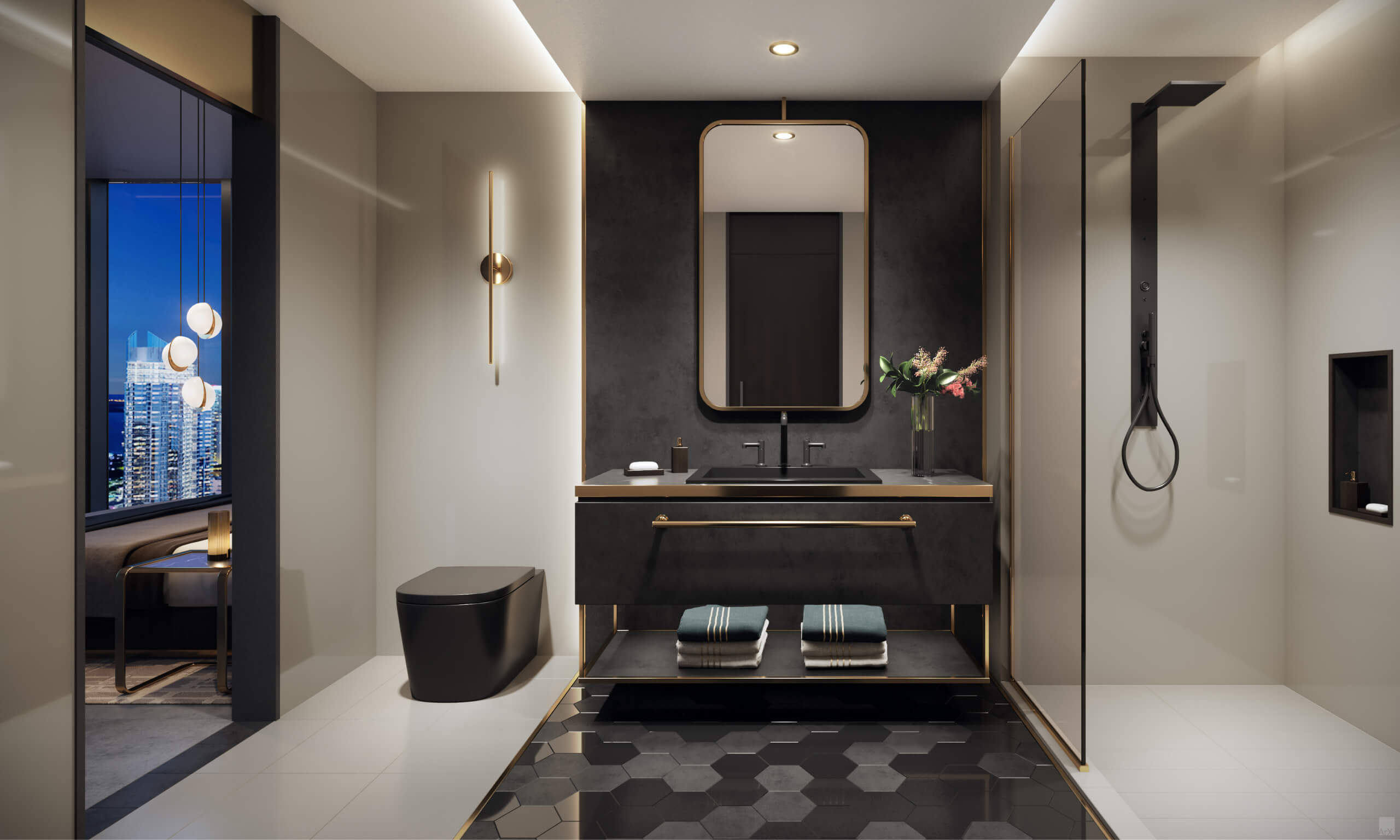 The residences will come in studio, 1-bedroom and 2-bedroom floor plans, a penthouse collection and presidential suites, all fully furnished including a smart home and contemporary lighting package, LED fire places, top-of-the-line in-unit washer and dryer as well as kitchen appliances by Subzero and Wolf. Custom cabinetry will be done by Italkraft, and the master bedroom closets will come fully built out, while bathrooms will feature fixtures and accessories from Waterworks. Ceiling heights will reach as high as 10-feet and some residences will come with French balconies. Units start from around $300,000 and go for as high as $10,000,000.

Upon the success of sales at E11EVEn Hotel & Residences, the developers may attempt to build an additional tower to meet the demand. It is also important to note that Michael Simkins and Marc Roberts, owners of E11EVEN Miami, controls roughly 12 acres in the area where the Miami Innovation District is planned. The rise of the first tower may eventually spark the boom in development for the upcoming new district.

Groundbreaking is scheduled for some time in Q3 of 2021, and the developers aim to reach completion in late 2023, taking approximately 30 months for construction.

Exterior work is moving along on 115 East 55th Str

Looking down at the sharp crown of 400 Park Avenue