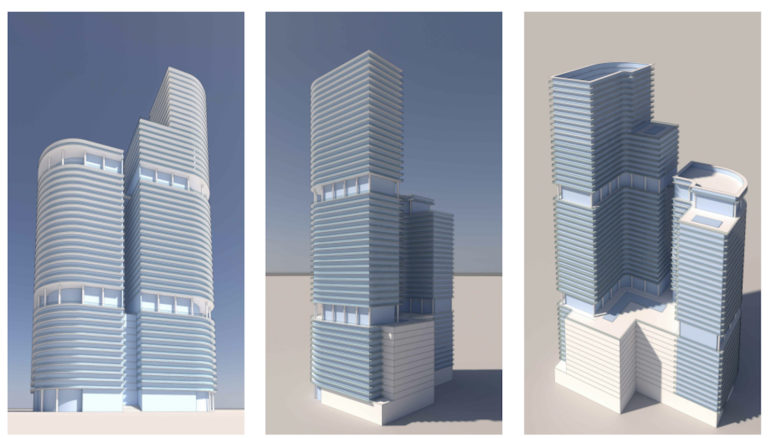 National investment, development, and asset management firm Property Markets Group (PMG), and Sentral, the rapidly expanding prop-tech company creating the world’s largest flexible living community, announced a partnership to develop a two-phase, 803-unit multifamily community with more than 15,000 square feet of retail space in the heart of Miami’s Brickell neighborhood. The acquisition of the site at 130 Southwest 8th Street will mark Sentral and PMG’s first partnership, as well as Sentral’s first purpose-built development as part of the brand’s national expansion. Phase one includes a 550-foot-tall, 46-story tower with 570 units and will break ground in late 2022, with completion slated in late 2024. Phase two will include a 380-foot-tall, 31-story tower with 233 units.

The building is designed by acclaimed Sieger Suarez Architects, in collaboration with the team at Sentral, and will include an expansive lobby lounge with concierge, state-of-the-art fitness center, multiple co-working spaces, pool decks on both the 13th and 31st floors, more than 15,000 square feet of retail space and a parking garage. The property will be managed by Sentral and will offer their distinctive style of residential living for any length of stay. Both towers are clad in glass and curve on the corners. 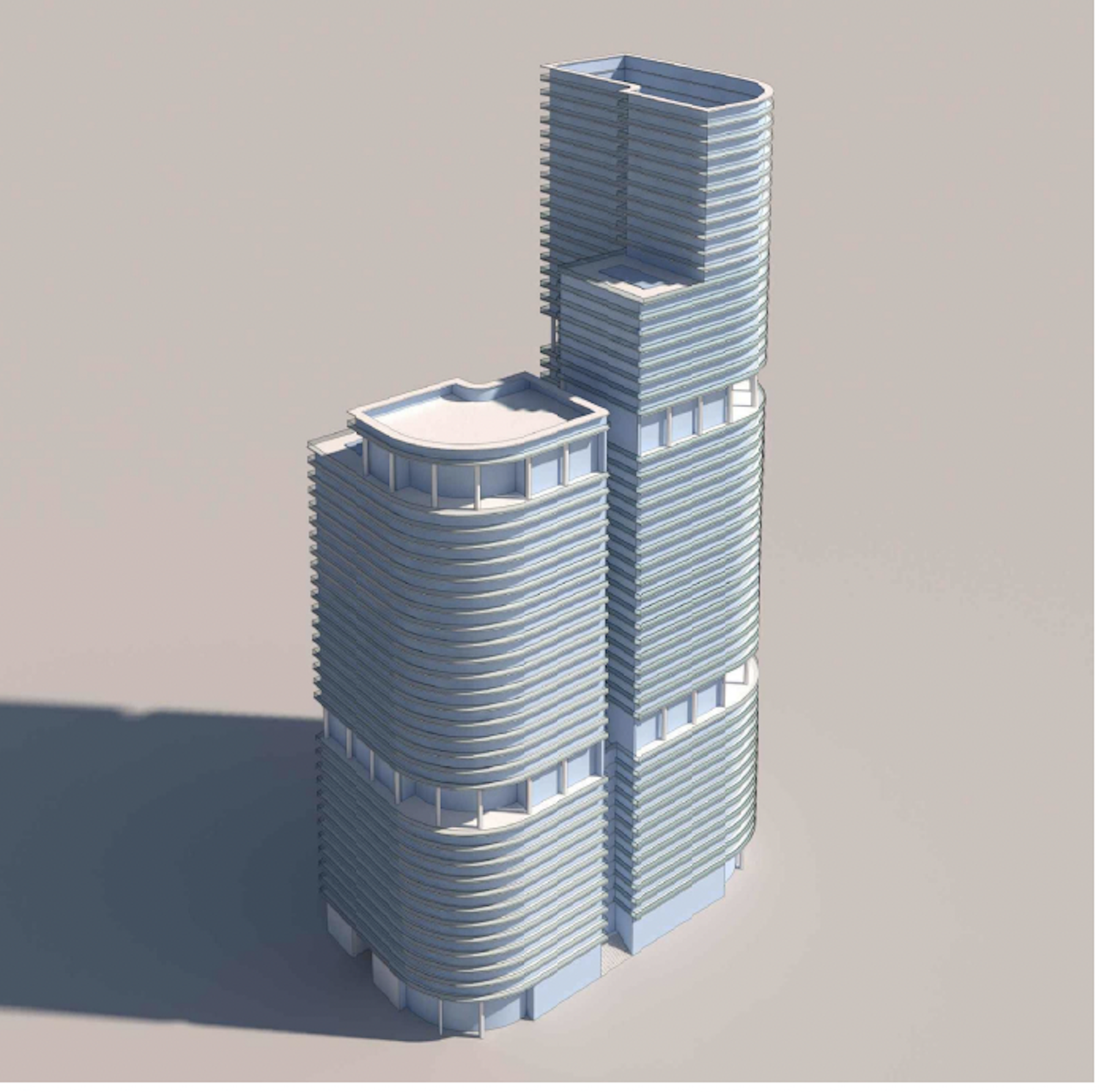 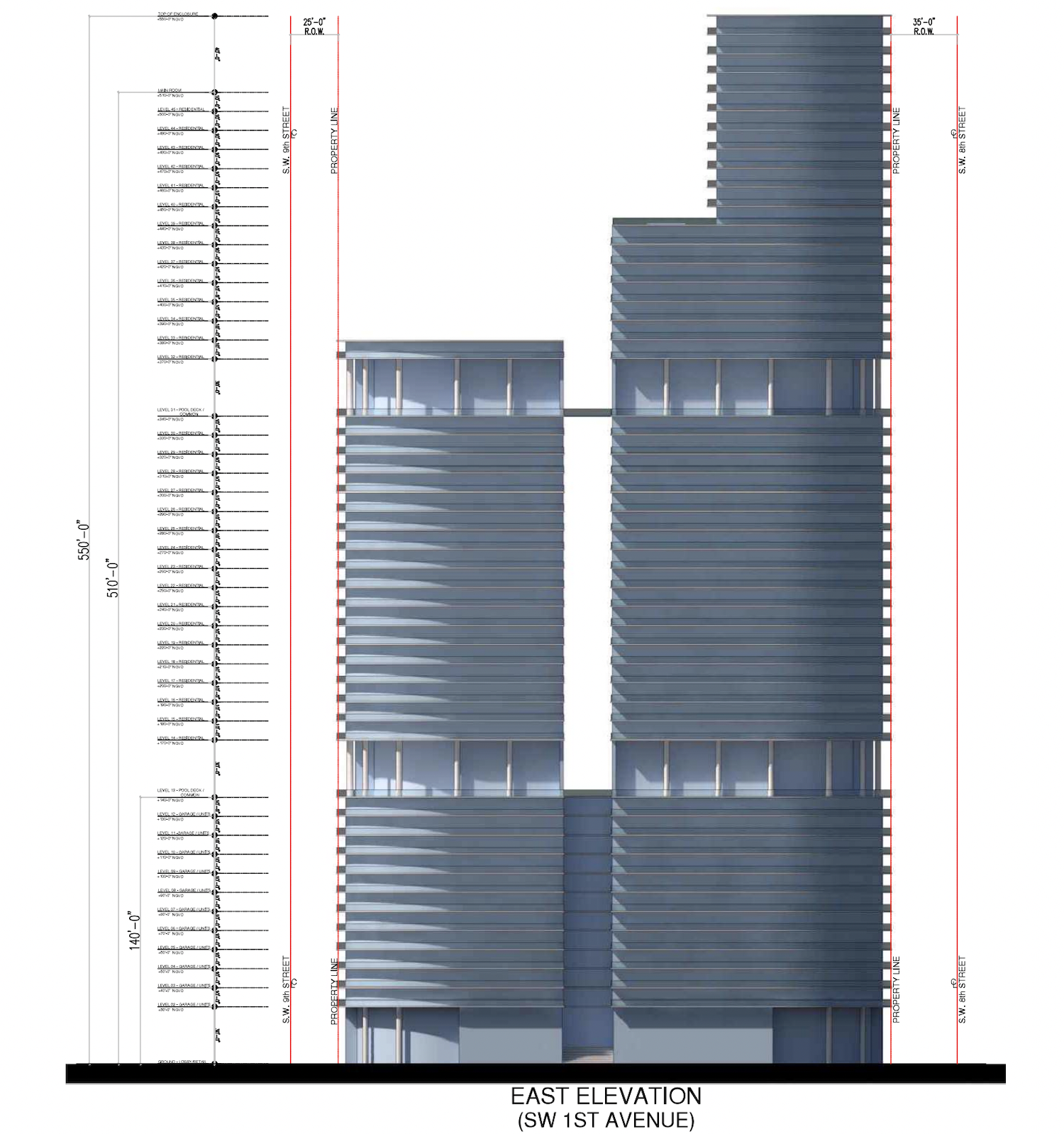 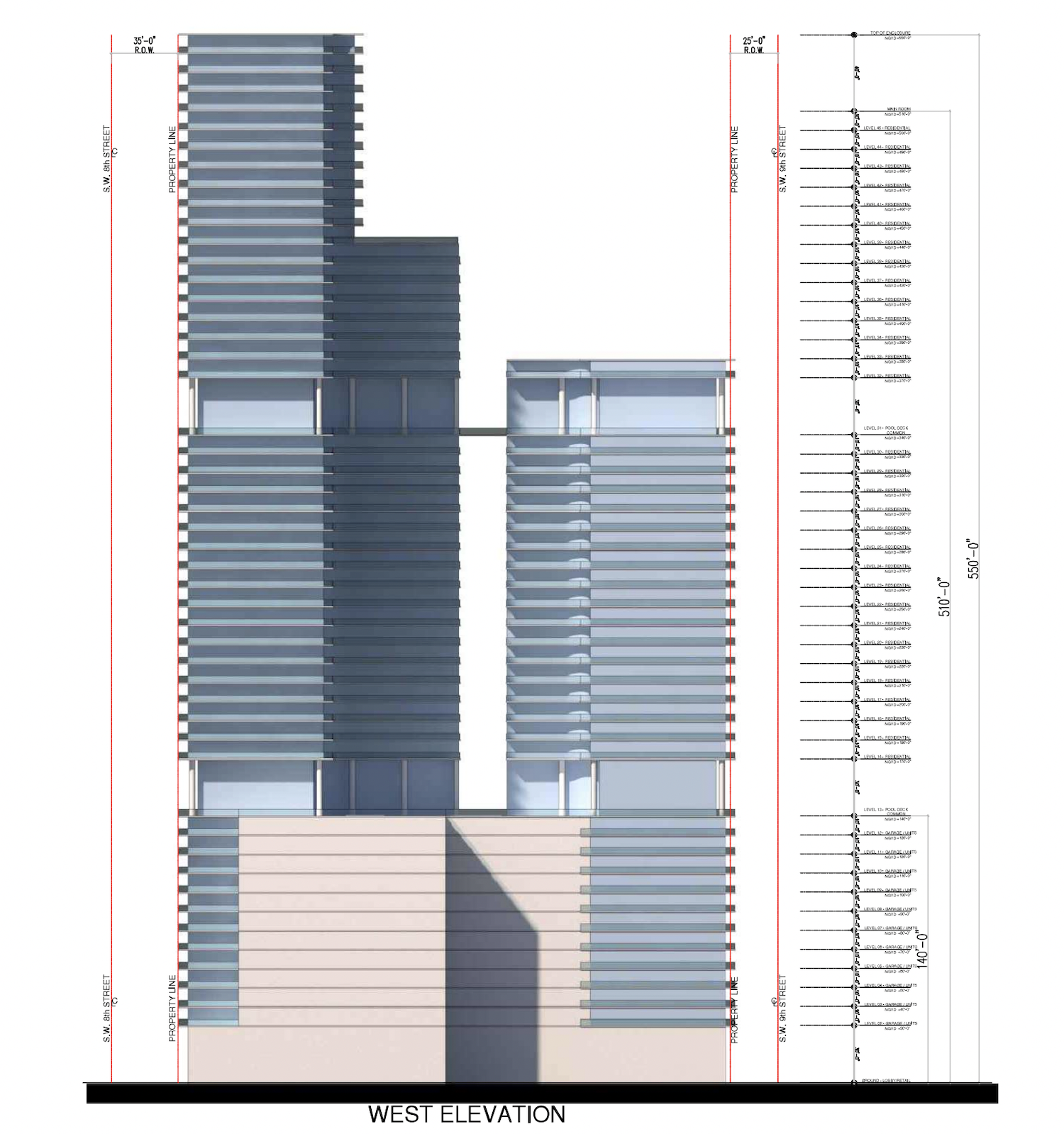 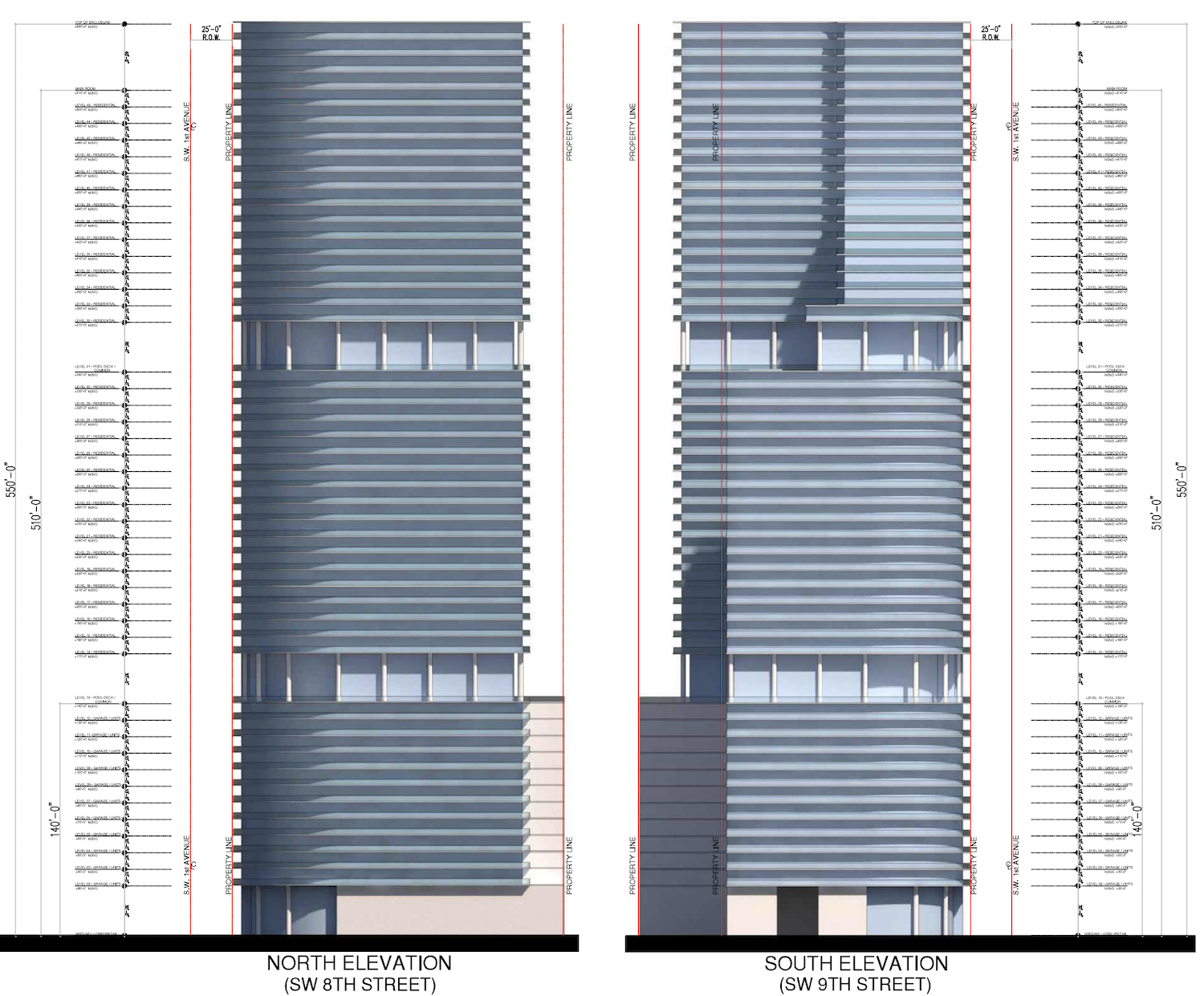 PMG and Sentral acquired the 1.15-acre site assemblage for $58 million, which includes the addresses 102, 106, 120, and 130 Southwest 8th Streets, 826 Southwest 1st Avenue, and 101 Southwest 9th Street. The property is located to the west of Metrorail elevated tracks, and is just a block north of the Brickell Metrorail Station. 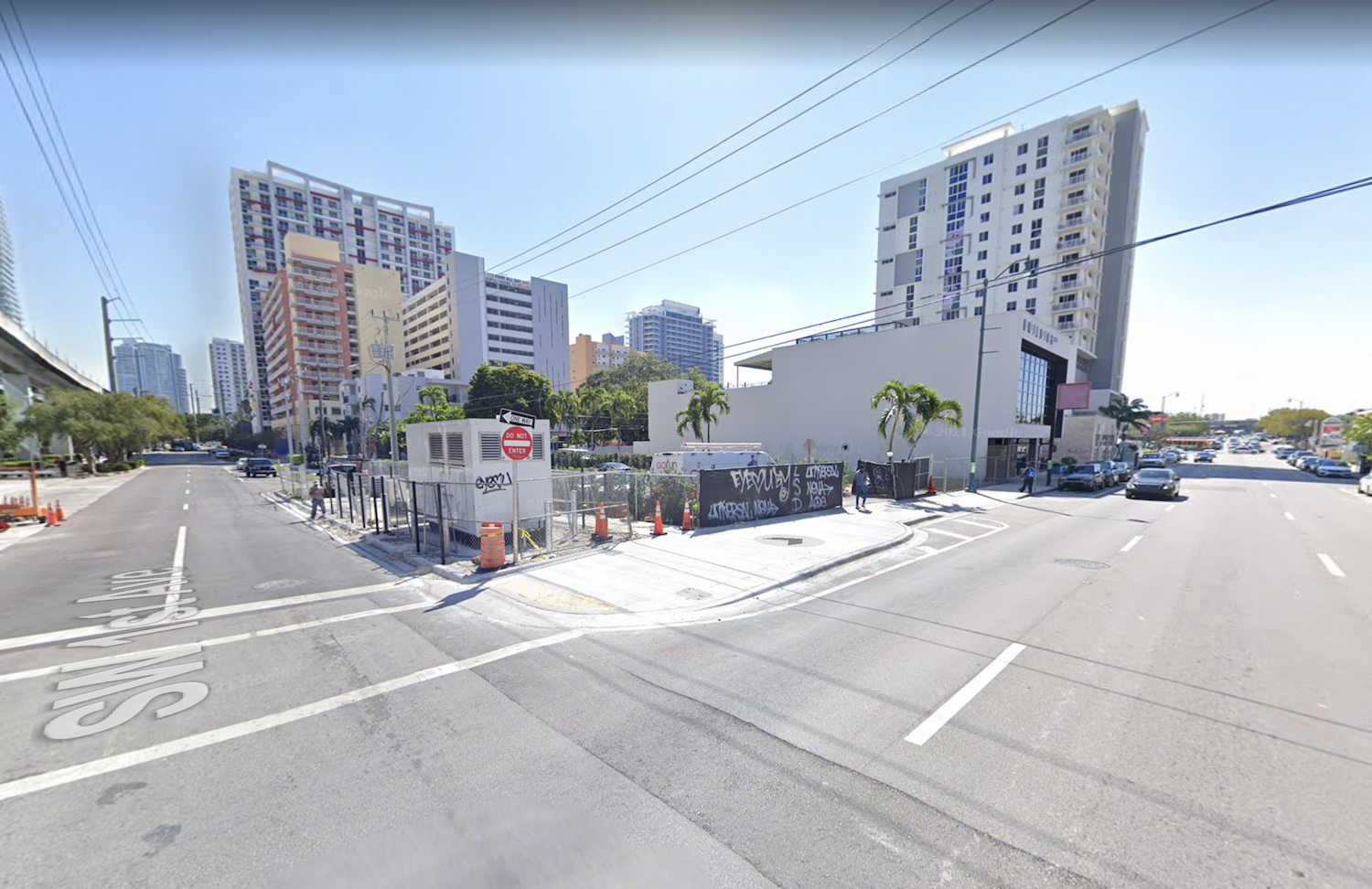 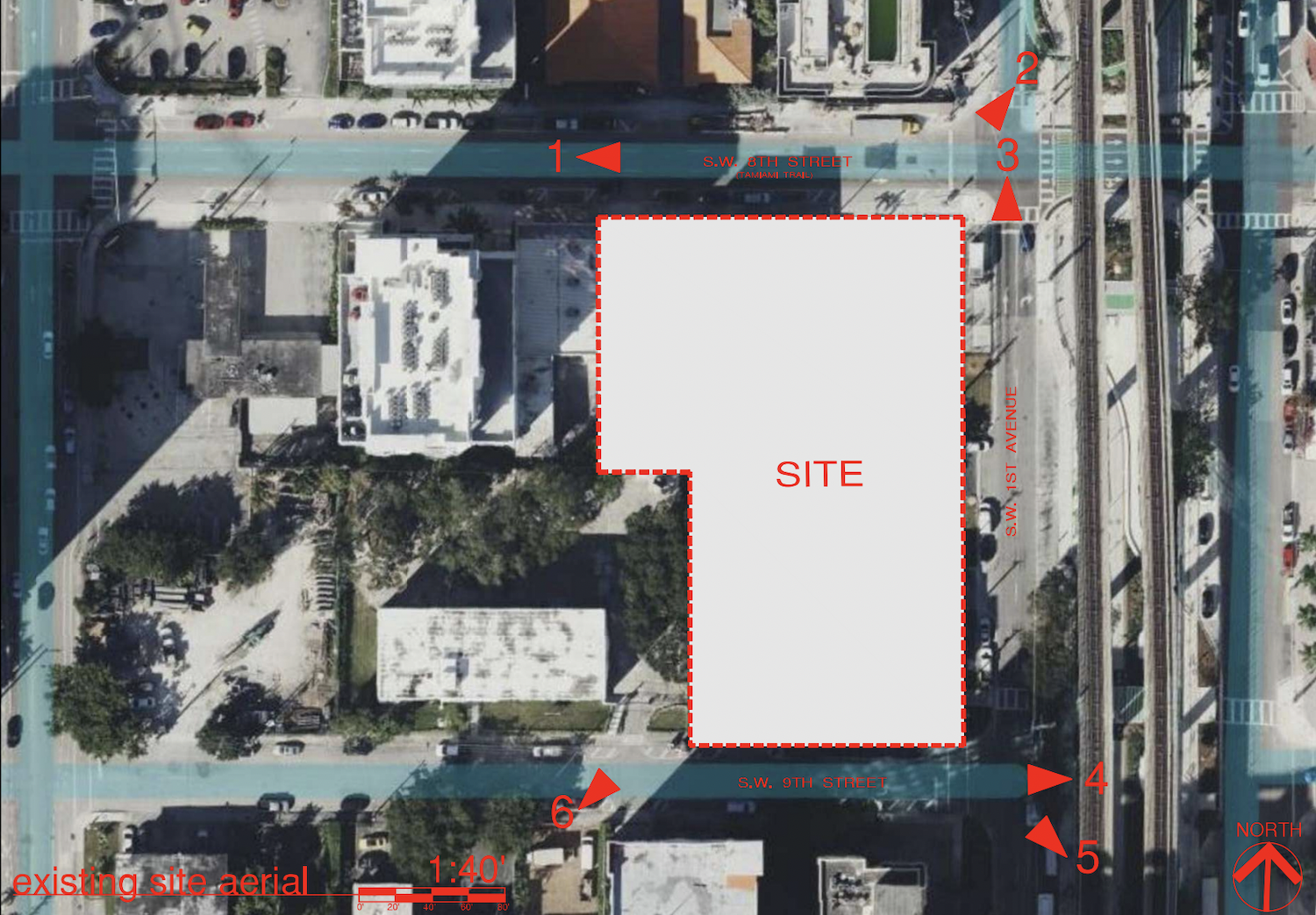 “At PMG, we pride ourselves on being at the forefront of innovative multifamily development, so our vision for this property naturally aligned with Sentral’s unique model of flexible living. We are confident this development will be a great addition to the neighborhood by providing a range of high-quality residences and short-term accommodations,” said Ryan Shear, Managing Partner at PMG. “As Miami’s financial district, Brickell is one of the city’s most desirable destinations and one in which we’ve had success developing previously. We are excited to partner with Sentral to bring a fresh perspective on residential living to the area and offer future residents a walkable environment in the center of it all.”

“With the success of our Sentral Wynwood community, we wanted to expand our Miami footprint and bring the Sentral brand to the vibrant Brickell neighborhood,” said Jon Slavet, Chief Executive Officer at Sentral. “We’re excited to partner with PMG on this project, as they are one of the nation’s top developers and have a deep understanding of and affinity for the South Florida market. We look forward to collaborating with PMG on this new development and to expanding our innovative, flexible living concept to the Brickell neighborhood.”

Saul Ewing Arnstein & Lehr attorneys Luis Flores and Sophia Rub represented the venture in closing the acquisition of the property.

“This transaction speaks to the strength of the PMG-Sentral partnership in acquiring prime real estate in one of the most sought-after housing markets in the U.S.,” said Luis Flores, who previously represented PMG in acquiring a Brickell site now home to Echo Brickell. “The development of this project will help address the growing demand for housing in the Brickell area, which is seeing an unprecedented influx of companies and residents relocating from all over the world.”

EGS2 Corp is the landscape architect.

Be the first to comment on "PMG And Sentral Partner Up For Dual-Tower, 1.5-Million-Square-Foot Mixed-Use Development At 130 SW 8th Street In Brickell, Miami"