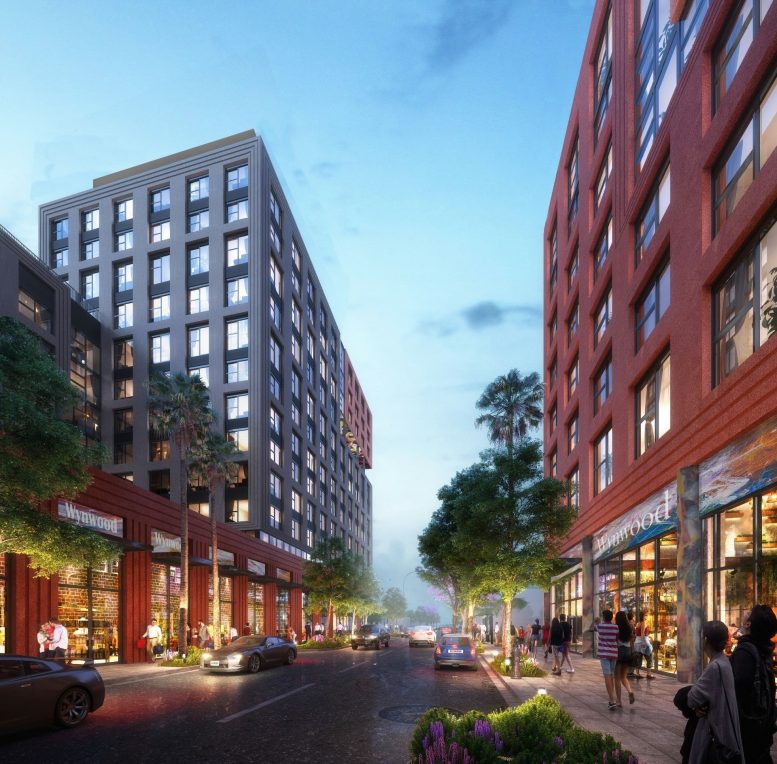 The Related Group and Miami-based real estate firm Metro1 have secured $72.8 million in construction financing from New York City’s Cerberus Capital Management to develop an upcoming mixed-use project dubbed Wynwood 29, a two-building development of 8 and 12 stories planned to yield a combined 248 dwelling units accompanied by 26,651 square feet of retail space and 372 parking spaces. The subject properties are addressed as 2828 Northwest 1st Avenue and 2819 Northwest 1st Avenue, encompassing two parcels of land between Northwest 28th and 29th Streets in the heart of the Wynwood Arts District in Miami. Arquitectonica is credited as the design architect for the development.

Related and Metro1 purchased the development sites back in 2016 at the cost of $12 million, according to the property appraiser, via a joint venture affiliate company listed as PRH CHO DRAGON WYNWOOD LLC. The western-most acreage includes all sections of lot 1, lot 2 and all sections of lot 23 on block 6 along Northwest 1st Avenue with frontage on the horizontally bounding streets, netting a combined 28,891 square feet. The eastern most acreage includes lots 14 through 17 on block 5, right across the street from the west parcels, but with the majority of the frontage along Northwest 29th Street, netting 27,464 square feet.  The structures that once stood there were demolished in 2017, and the planned replacement has been in the works ever since. 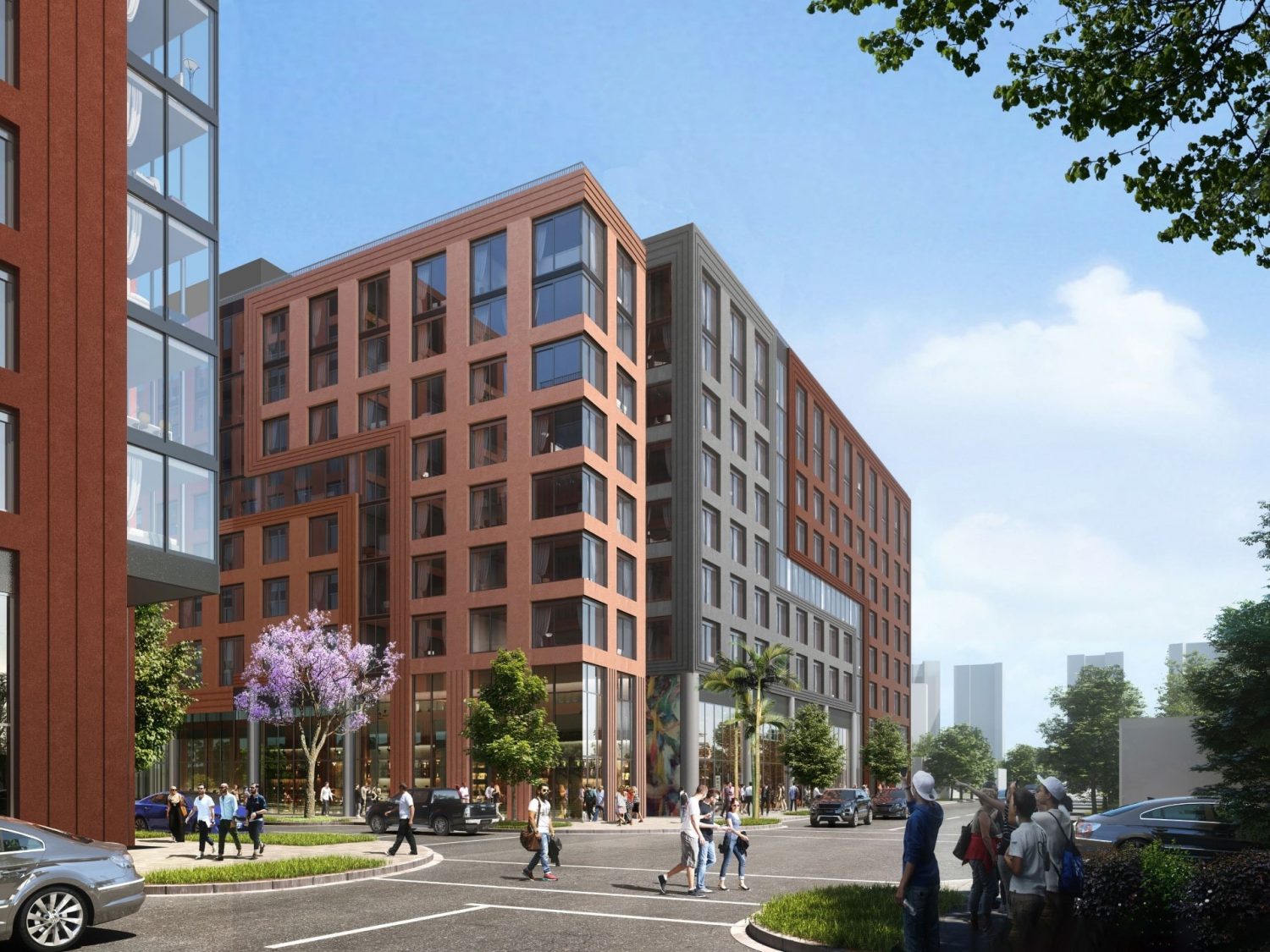 Arquitectonica has made several significant changes to the design of the initial proposal, which called for two multi-dimensional structures with a few setbacks and featuring a striking grid-like exterior framed in with squared bands of black and white, taking the appearance of a chess board when viewed from a distance. The new design is a major departure from the first, changing not only the color scheme but the overall pattern of the facade, which seems to fit best with the artful architecture of the district. The buildings will be clad in mostly light and dark terracotta stucco, in other words a variety of brick red, with several accents of grey and dark grey stucco as well. This time, the grid formation is less striking, but framed and outlined with quadrilinear forms, and divided along the middle sections of several elevations by window walls with spandrels. The blank concrete walls of the parking components will feature colorful art murals. 2828 Northwest 1st Avenue will top off at 158-feet across 12 stories, while 2819 Northwest 1st Avenue will top off at 113-feet across 8 stories. 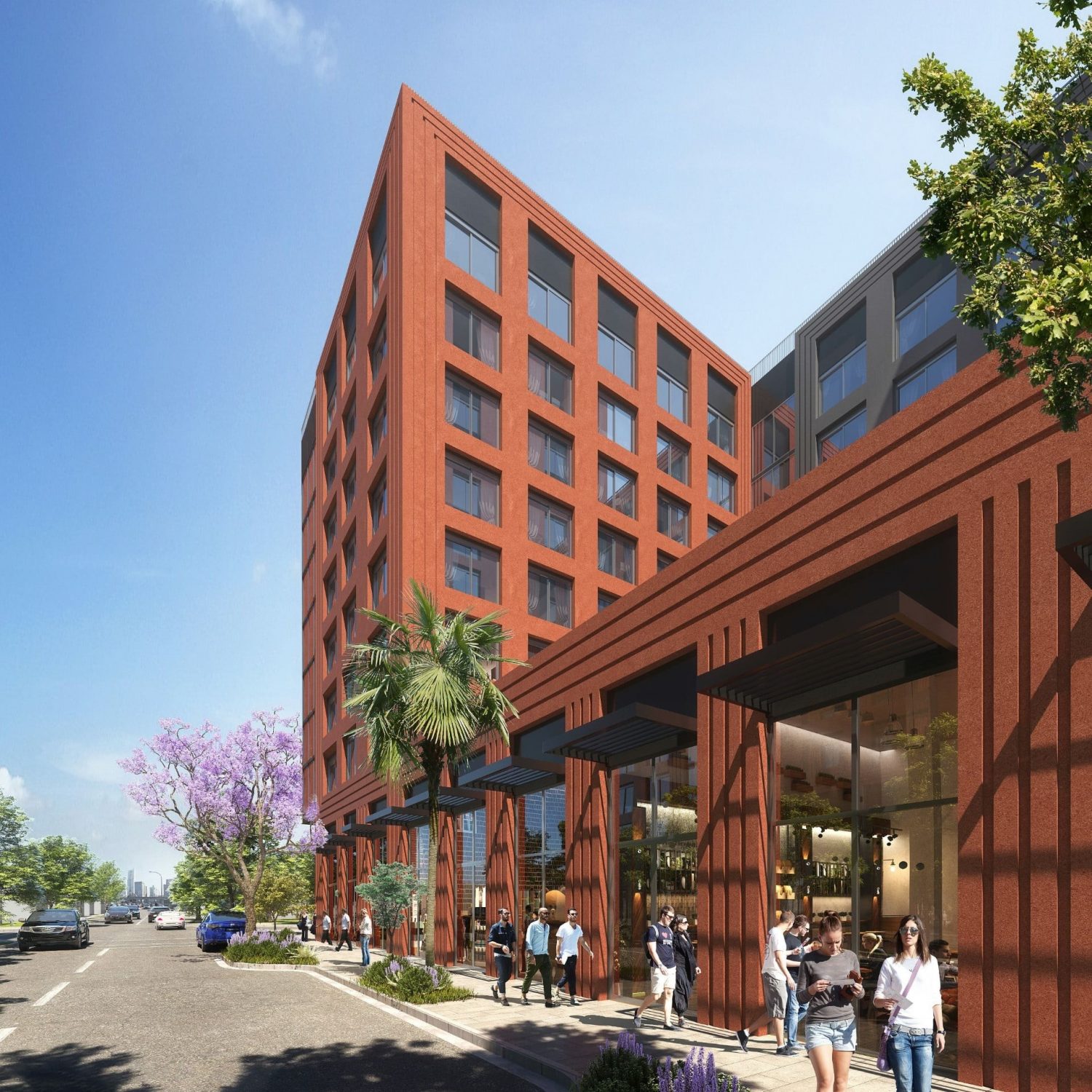 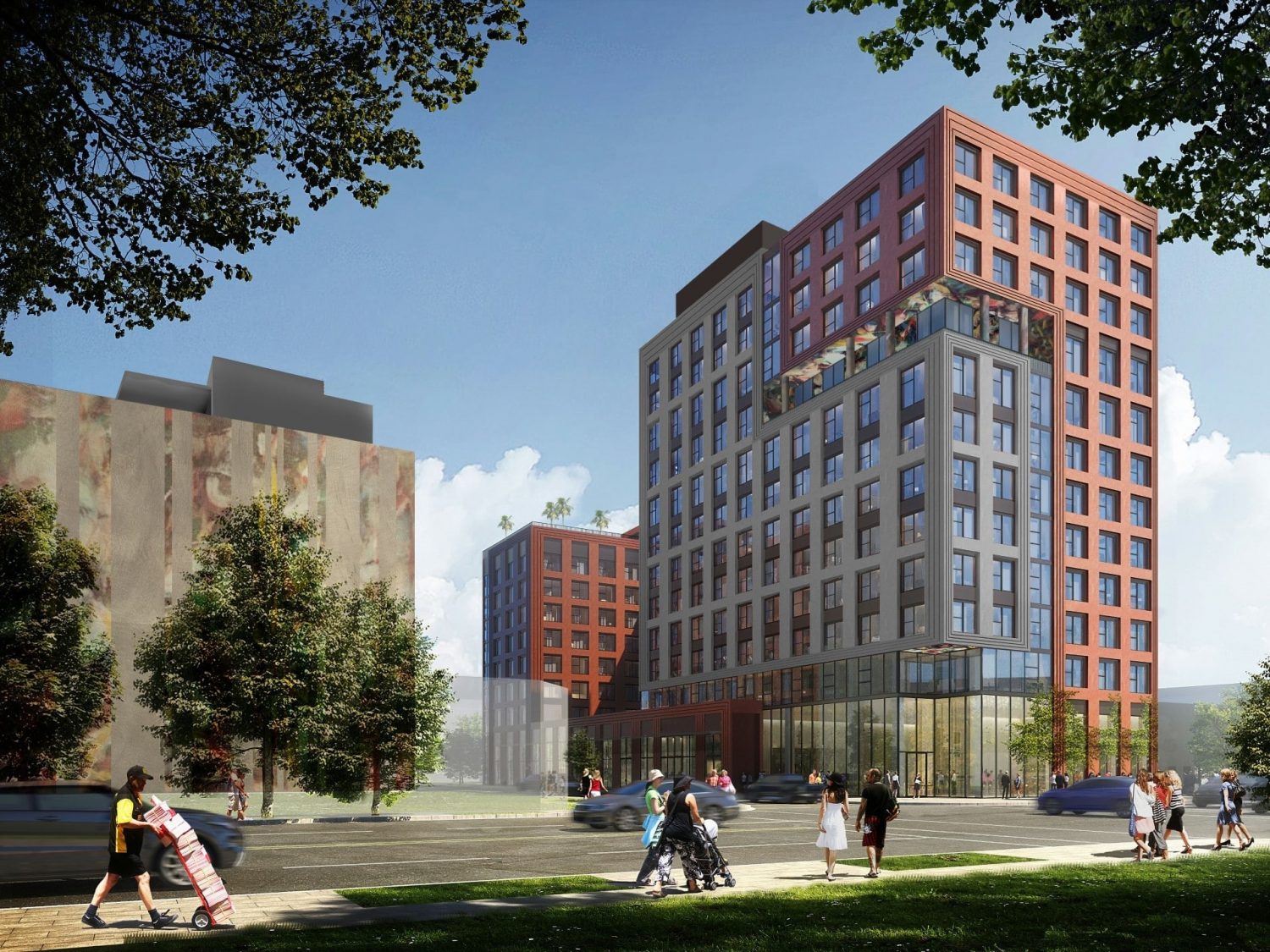 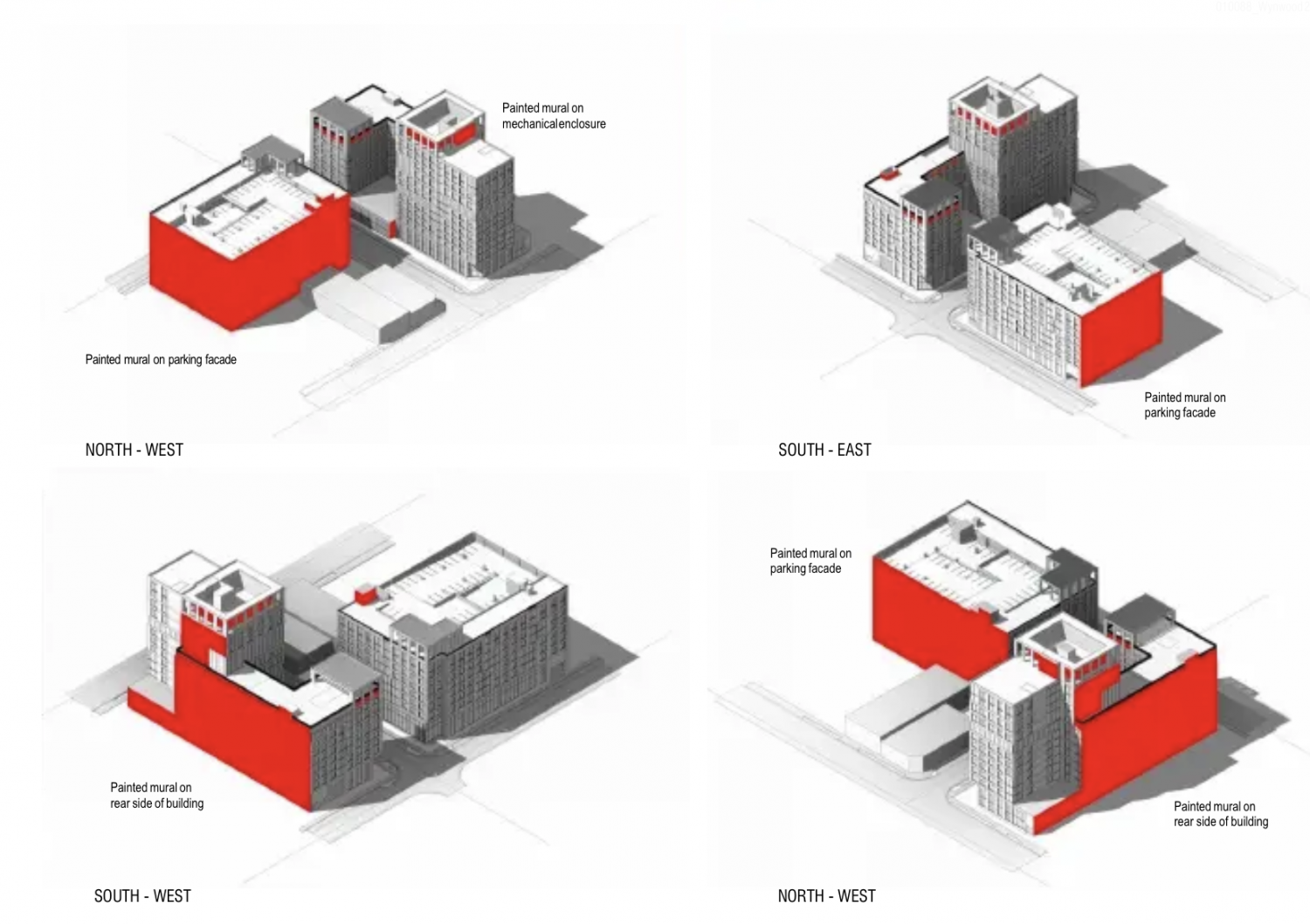 Below are the former designs for the pair of buildings: 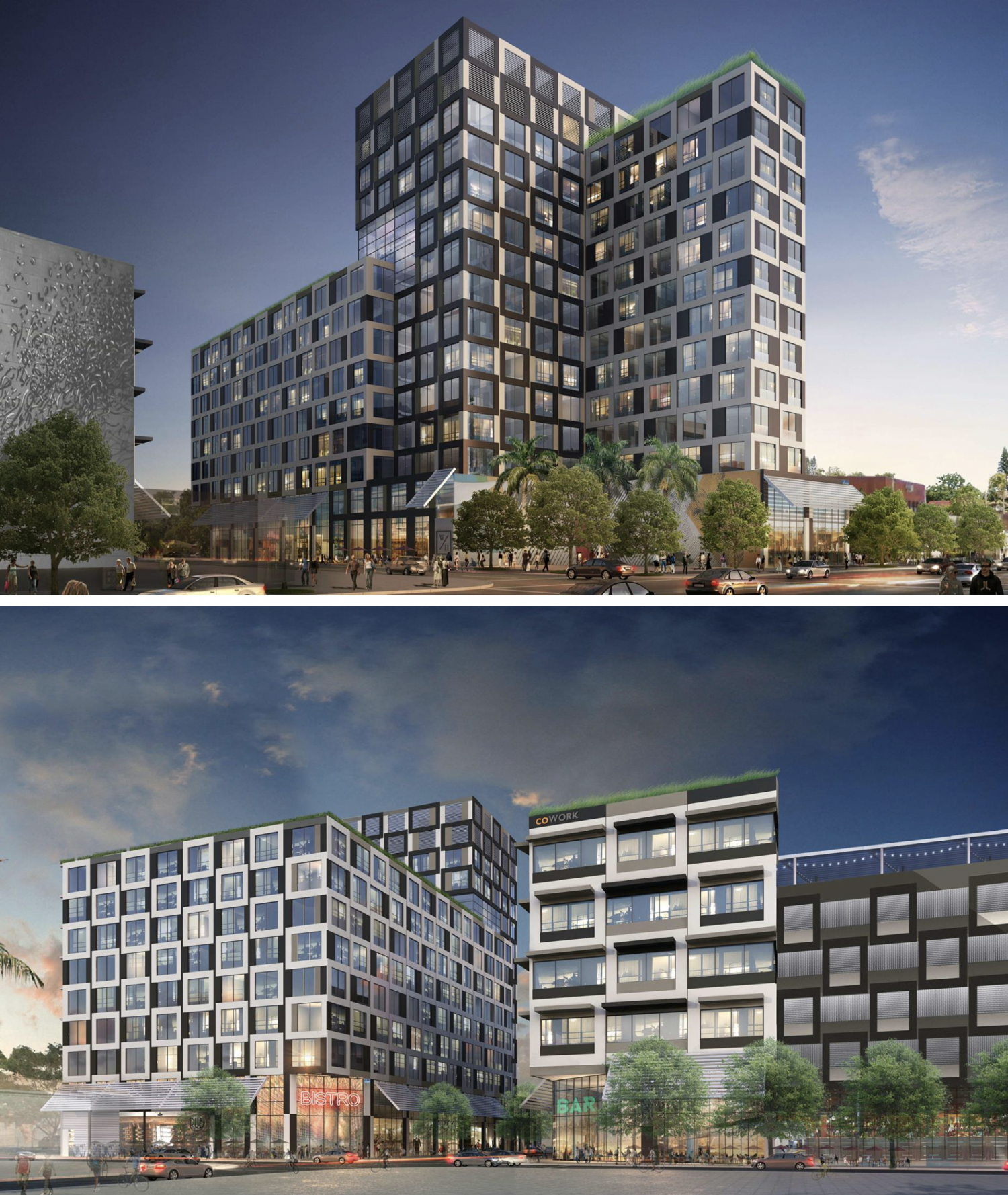 Wynwood 29 will consist of mostly micro-sized units, configured in studio through three-bedroom floor plans, ranging in floor area from as small as 411 square feet for a studio to 1431 square feet for the largest three-bedroom unit. The amenities offered will include a fitness center, bike storage, a pool deck with an outdoor kitchen and a co-working area. The ground floor retail spaces will have double height ceilings and can accomodate mid to large size tenants. Naturalficial will be handling landscaping.

According to the construction permit filing, which is still under review by private provider NV5 Inc., the cost of construction for both towers is estimated to total $35,561,965 and $24,438,035. Beauchamp Construction is listed as the general contractor for both buildings.

With financing locked in, ground breaking should occur relatively soon.