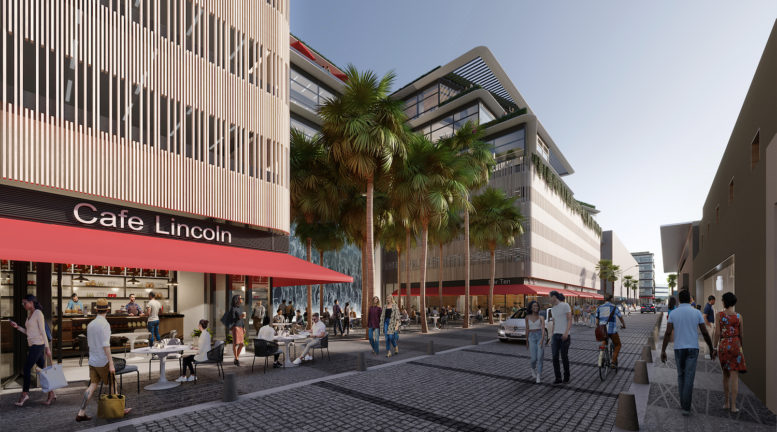 The Gardens at Lincoln Lane. Designed by Brandon Haw Architecture.

The City Commission of Miami Beach voted 5-1 in favor of The Gardens at Lincoln Lane, a low-rise mixed-use development slated for South Beach that will comprise just under 130,000 square feet of Class-A office space, 25,000 square feet of street-level retail, and more than 425 easily accessible parking spaces. The project is designed by Brandon Haw Architecture, along with West 8 Urban Design & Landscape Architecture, and includes a 6-story building on a 0.9-acre lot at 1680 Lenox Avenue, and an 8-story building nearby on a 1.1-acre lot at 1080 Lincoln Lane North in the Lincoln Road District. The Gardens at Lincoln Lane is a joint venture between Starwood Capital Group, Integra Investments and The Comras Company, and the project now moves on to the November ballot, which will seek voter approval.

The proposal originally came about following a Request For Proposals (RFP) launched in 2021 by the City Commission, with the intent of diversifying the Miami Beach economy by activating existing City-owned parking lots with newly built office space that satisfies pent-up demand among existing and new-to-market office tenants, bringing greater diversity to the Lincoln Road District.  With average office rents in the City consistently among the highest of any South Florida submarket, Miami Beach has an opportunity to revamp Lincoln Road as an attractive location for local residents and businesses, rather than relying solely on tourists to drive economic activity. 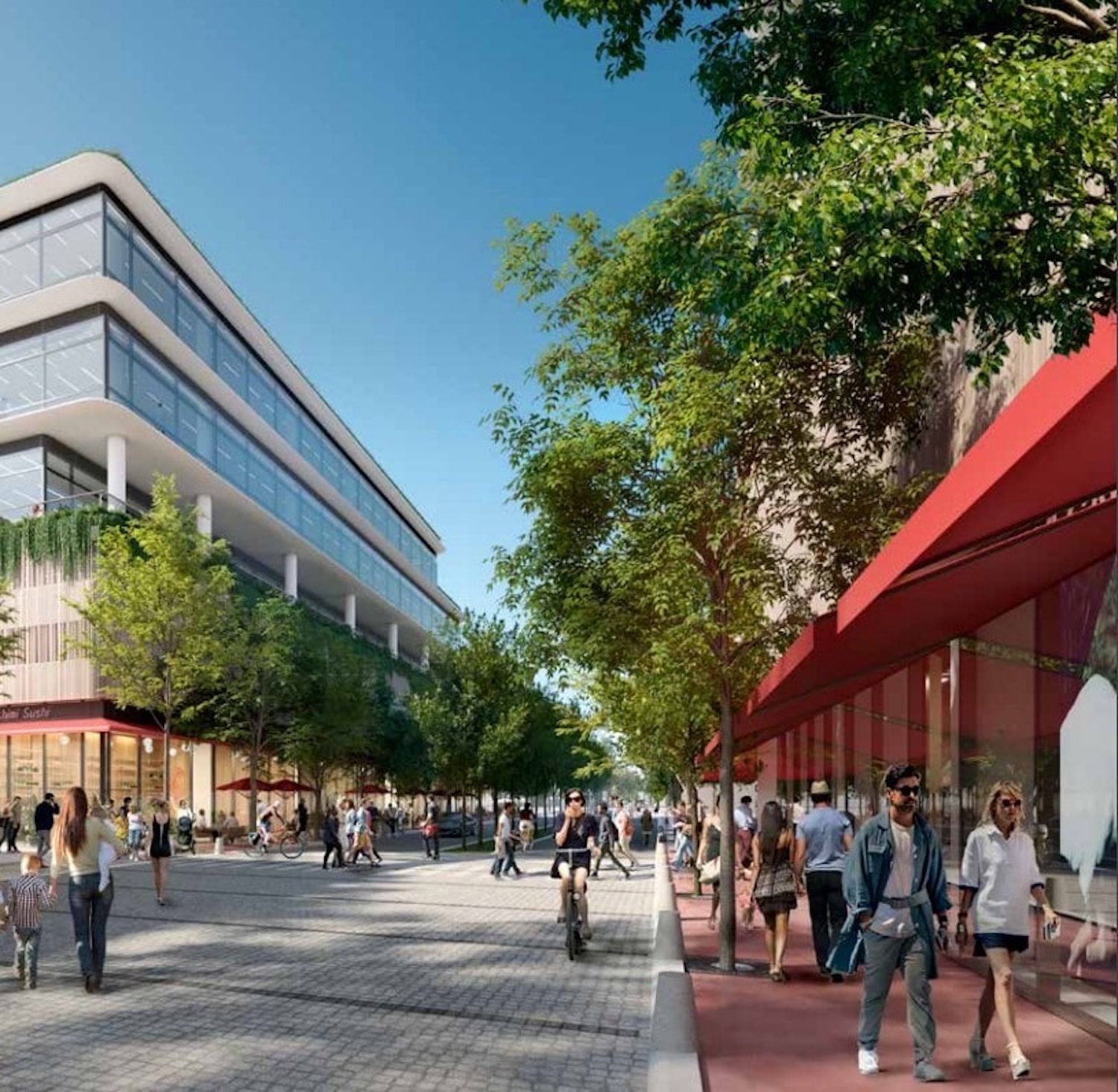 The Gardens at Lincoln Lane. Designed by Brandon Haw Architecture.

“The Gardens at Lincoln Lane will activate the Lincoln Road District with new office and retail space that strengthens the local economy, upgrades walkability and connectivity in the neighborhood, and reduces the burden on taxpayers by funding priorities including public safety, resiliency, and affordability.”

“As a team led by principals who reside in Miami Beach, we believe in our hometown’s future as a live-work-play community and understand that investing in quality-of -life initiatives is critical to our future. The Commission’s vote in favor of a referendum is good news for Miami Beach residents, and we are eager to engage with the community ahead of November’s election.”

Plans for the development include multiple floors of premium, Class-A office space offering tenants access to open-air terraces, panoramic views of the surrounding streetscape, and maximum natural light. Sustainability and technology features will include energy and water conservation systems, a ‘green roof’ that promotes natural cooling and enhances storm water retention, and touchless security features. The development will include more than 425 parking spaces, 192 of which will be reserved for the public and fully available during construction of the project.

The first floor of each building will enliven the streetscape with new retail uses, public seating areas, and a pocket park featuring a signature waterfall. This street-level experience will improve walkability in the neighborhood by creating greater connectivity with the newly remodeled Miami Beach Convention Center and forthcoming Grand Hyatt Hotel, the thriving Lincoln Road District, and cultural anchors such as New World Center and The Fillmore Miami Beach.