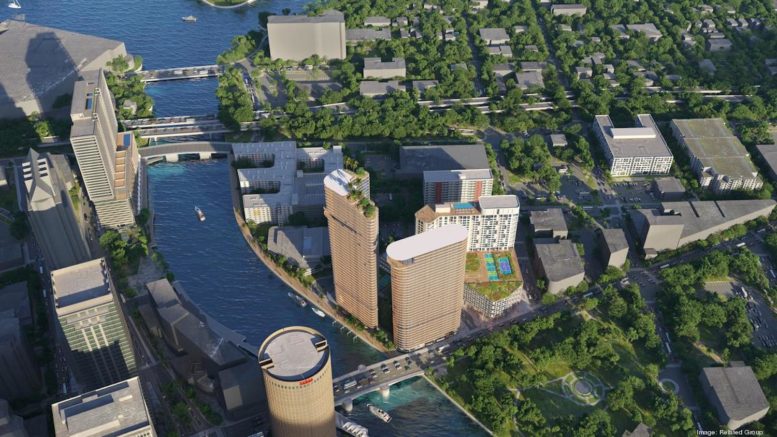 The architect remains unknown, and only two preliminary renderings have been released by the developer including an aerial view looking down at the parcels and another shot from the Hillsborough River looking up at the taller, most notable towers at 102 South Parker Street. If the renderings are to give an indication on possible floor counts and heights on this pair, we counted approximately 45 stories on the southern tower and about 35 on the northern tower from the river view shot, meaning we could potentially see 450-foot and 350-foot-tall towers here at the minimum. Both buildings are structurally curvilinear and feature rounded corners with wrap-around terraces, strong horizontal lines and a glass exterior. The southern tower would have an L-shape footprint and a stepped crown with landscaped terraces up top, while the northern tower would have a more cylindrical footprint with a flat parapet crown, and the overall exterior would give off a yellow or golden tone. 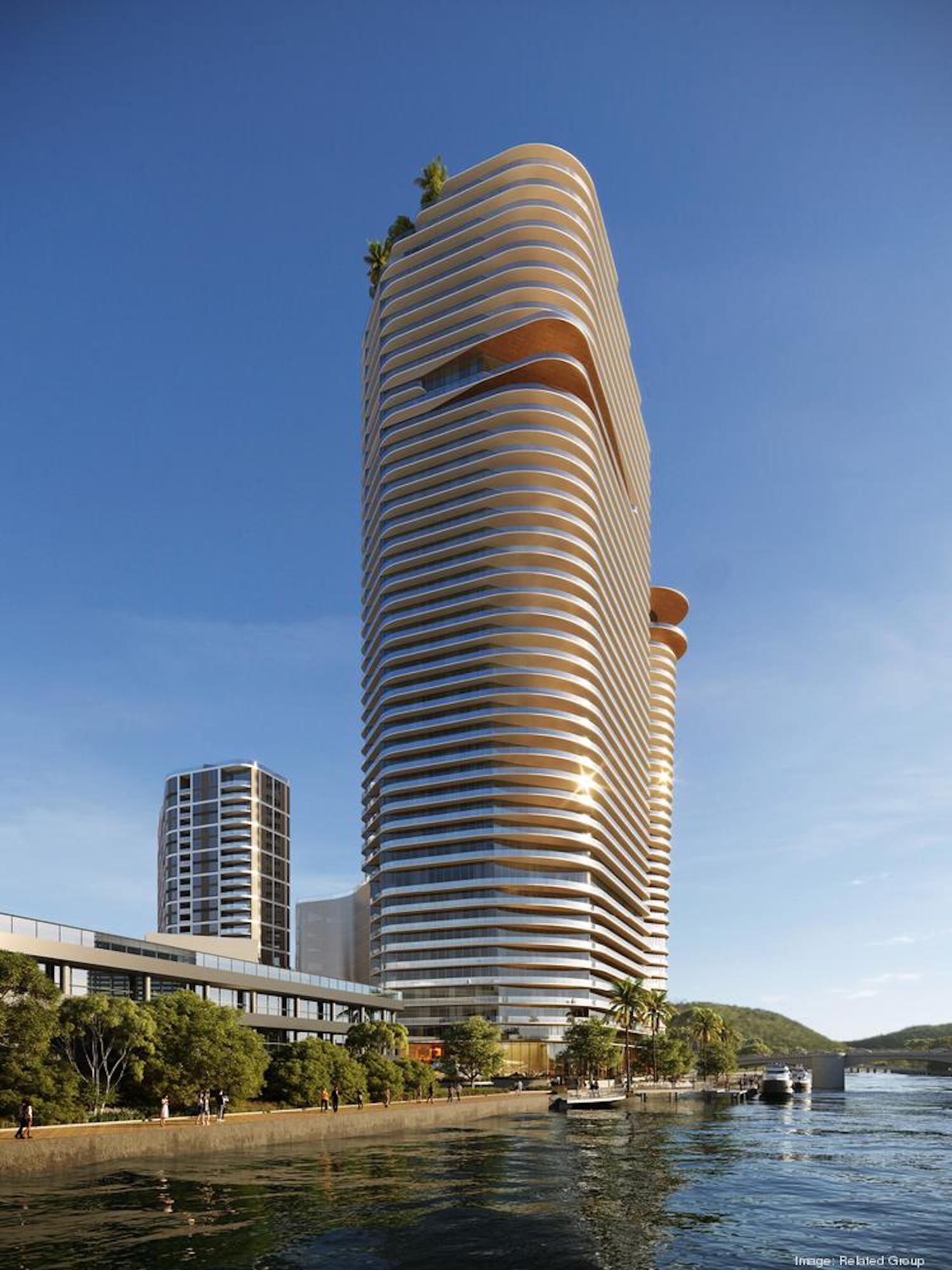 The renderings also depict a 23- to 24-story building at 101 South Parker Street occupying the entire trapezoidal lot. This structure would be architecturally different from the riverfront facing towers, and would feature a massive landscaped amenity terrace. Another structure of 9 or 10 stories would be built at 108 Cedar Avenue, away from the other three buildings, but with a similar architectural profile to the aforementioned building. There are no projects rendered for the 0.53-acre site at 110 Keller Avenue, but that is still subject to change.

So as per the current renderings, Related Group would add at least 4 new buildings to the west side of Downtown Tampa. Plans for the site include a mix of luxury market-rate apartments, for-sale condominiums and student housing. Related will also spend $8 million to expand and enhance the West Riverwalk, honoring an agreement with the city under the current entitlements for the site. YIMBY predicts the two taller towers to be the condominium components of the development, and the two other buildings to serve as the apartment complexes.

The developer has not announced a construction time line or potential ground breaking date as of yet. No general contractors have been publicly named.

Be the first to comment on "Related Group Acquires 6-Acre Assemblage In Tampa, Plans Mixed-Use Development With 1,079 Units Along Hillsborough River"