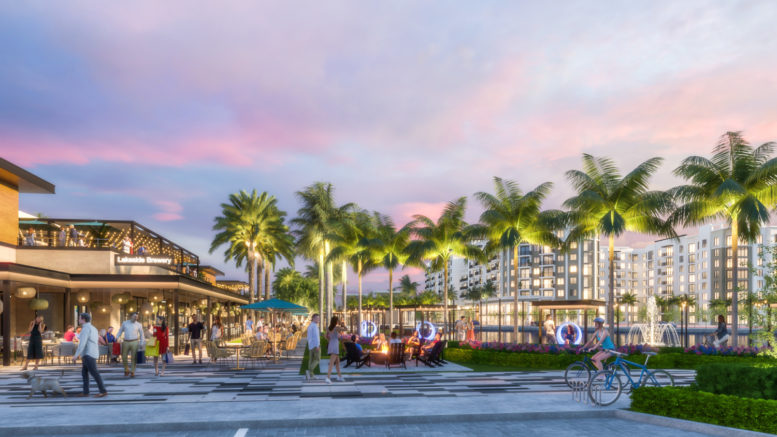 Electra America, a real estate private equity firm, along with its U.S.-affiliate, American Landmark, and BH Group, a Miami-based private real estate investment, and development firm, has unveiled preliminary plans for the redevelopment and revitalization of the Southland Mall in Cutler Bay, located at 20505 South Dixie Highway, approximately 20 miles south of downtown Miami. The 80-acre, $1 billion redevelopment will be one of the most significant projects of its kind in the Southeast and be called Southplace City Center, designed and master planned by MSA Architects Inc. with Insite Studio as the landscape architect, Kimley Horn as the civil/traffic engineer, CPH for retail consulting, and Florida Economic Advisors for economic consulting. 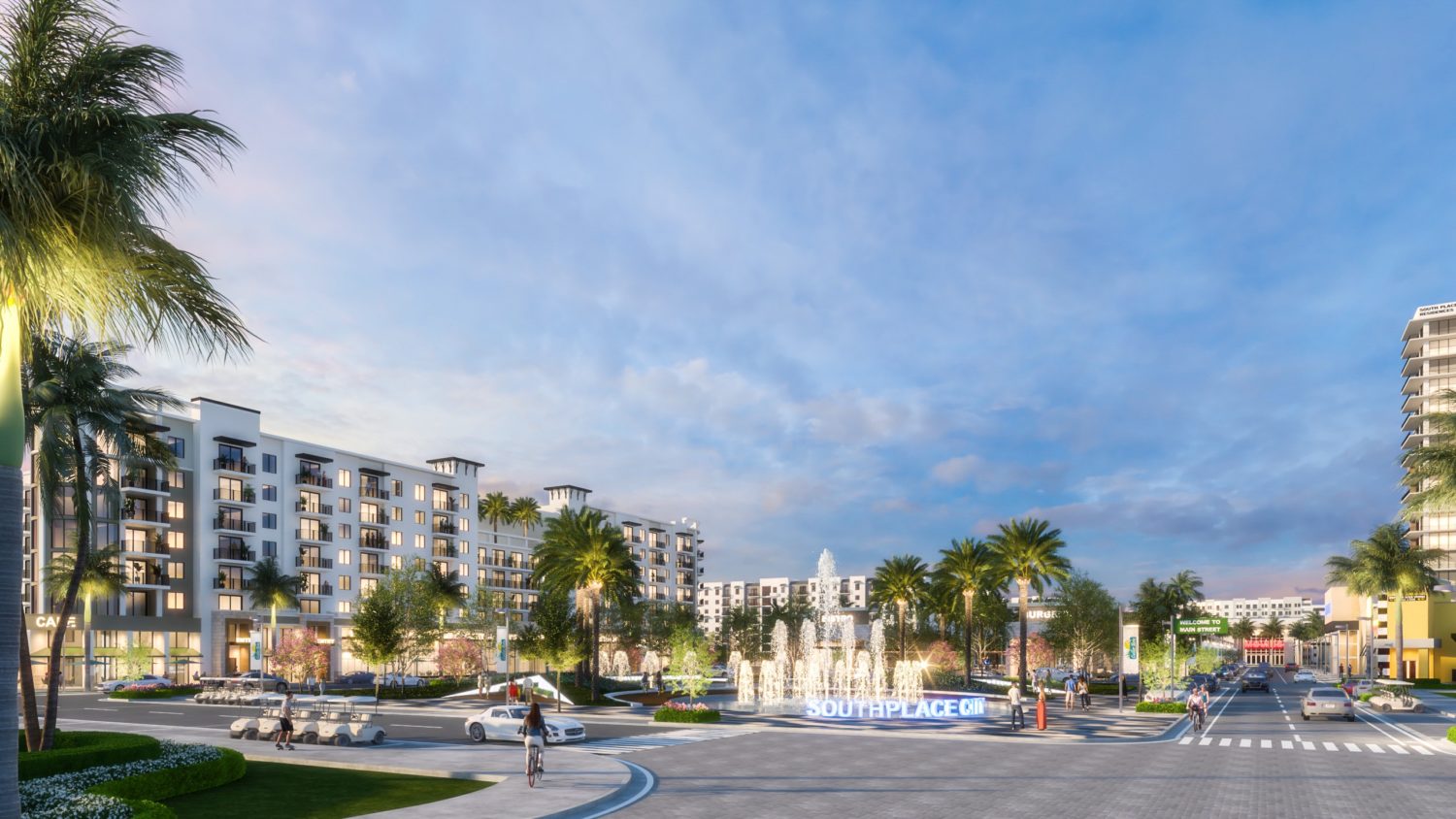 The developers envision a “city within a city” for living, working, shopping, and playing that will create more than 4,000 residential units, over 500,000 square feet of curated retail, and exciting dining and entertainment venues at the existing mall, with an additional 150,000 square feet of prime retail space and outparcels for food and beverage operators. The phased redevelopment project will be a charming, self-contained community with abundant green space, bike and golf cart trails, walking trails, a trolley system, and easy access to public transit – specifically, the soon-to-open Miami-Dade SMART Plan mass transit route adjacent to the property.

The total project, to be completed over a seven-year time frame, is expected to create approximately 2,700 new jobs and generate $44 million in property taxes ad valorem revenue in the first five years ($6.1 million to Cutler Bay) and up to $491 million ($75.2 million to Cutler Bay) over 20 years. The developer’s plan fully complies with the Town’s code and will not seek any special approvals. 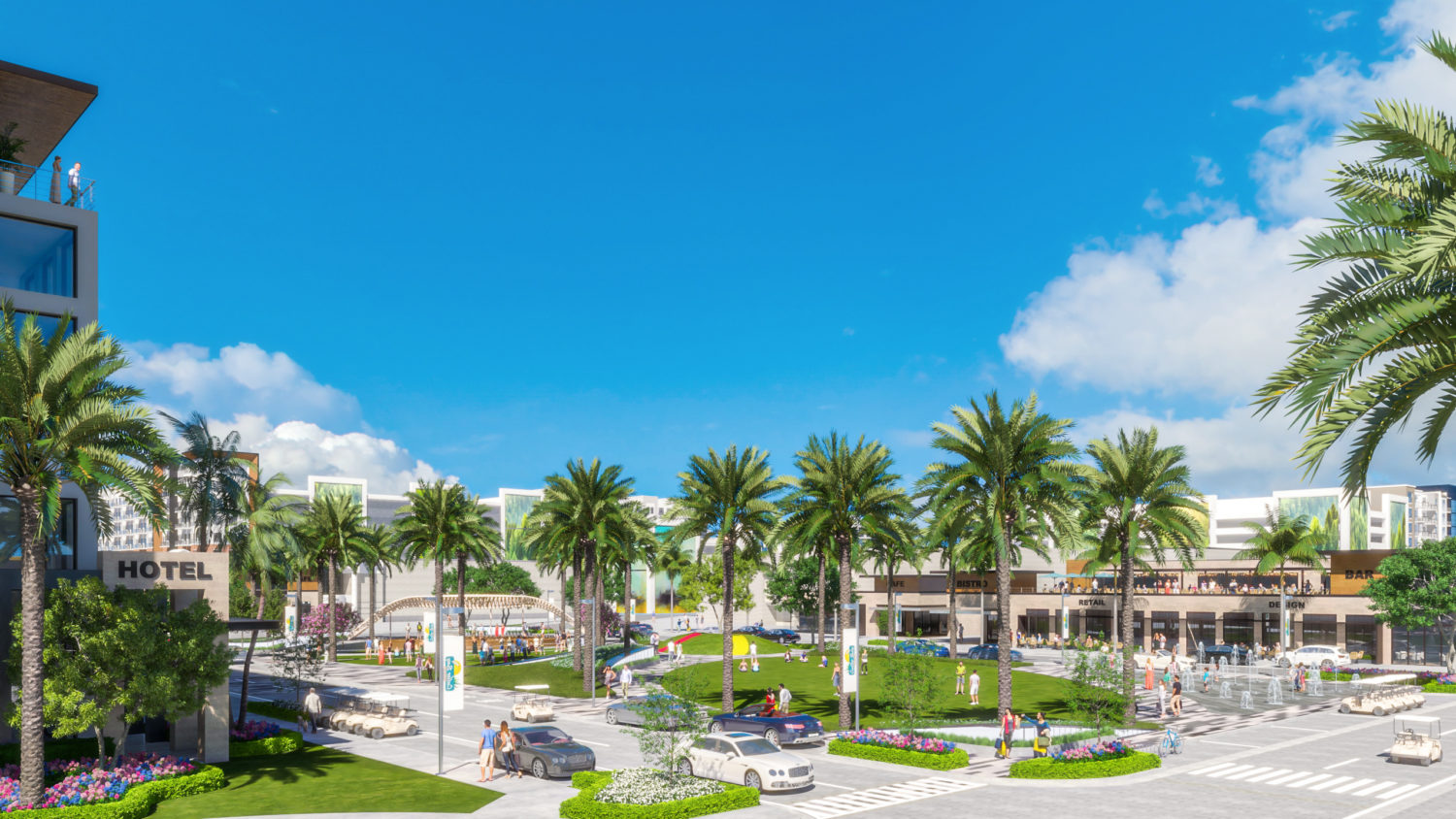 “We’re delighted to work with the Town of Cutler Bay and its residents to breathe new life into a property that has been underutilized for decades, and in so doing, create thousands of new jobs, as well as help alleviate the housing crunch facing many Miami-Dade residents today,” said Ron Gaither, Chief Development Officer of Electra America. “Southplace City Center will provide a wide range of market-rate housing options, and its location close to major thoroughfares and mass transit, yet away from residential communities, minimizes traffic and facilitates the use of public transportation – two key priorities for this community. We’re looking forward to continuing working with the community to ensure this project reflects the values and character of Cutler Bay.”

“The future of this site is one that our residents deeply care about,” expressed Town of Cutler Bay Mayor Tim Meerbott. “Ensuring that this project aligns with our community’s vision and has a proper mix of use is extremely important to the Town Council and me. The site is ready for change, and this project will check so many boxes on our community’s wish list—thousands of jobs, more restaurants, entertainment, and a fresh look, to name a few. We look forward to working with Electra America and BH Group to bring this important project to life while keeping it consistent with the character of our beautiful Cutler Bay.”

The development team acquired the mall and adjacent parcels totaling 80 acres in May this year. The Florida Turnpike conveniently borders the site on the east and U.S. 1 on the west, placing it on major commercial crossroads in suburban Miami-Dade County, directly along the new South Corridor Rapid Transit Project, expected to open in late 2024. The corridor will provide a 20-mile mobility connection between Miami’s central business district and the County’s southernmost communities.

Specifically, the developer’s master plan calls for updating the existing 808,766-square-foot mall with cosmetic improvements and the addition of several new high-quality retailers; the phased development of 4,395 new market-rate apartments catering to a full spectrum of household budgets; the addition of several new retail and restaurant concepts, situated around a series of artificial lakes and open spaces; a new specialty grocer, a 150-key hotel, and 60,000 square feet of medical office space; and a terraced community amphitheater/bandshell. The plan also calls for a new vehicular entrance directly off U.S. 1, featuring a welcoming entrance square with a large fountain and ample green space, and a pedestrian bridge connecting the community to the new bus rapid transit stop. The community as a whole will feature bike and golf cart paths, pedestrian walking trails, and trolley stops to minimize the use of cars.

Ground-breaking on the first residential building is expected in mid-2023 and will deliver in early 2025.

Be the first to comment on "Developers Unveil Plans For $1B Southland Mall Redevelopment In Cutler Bay, Miami-Dade County"