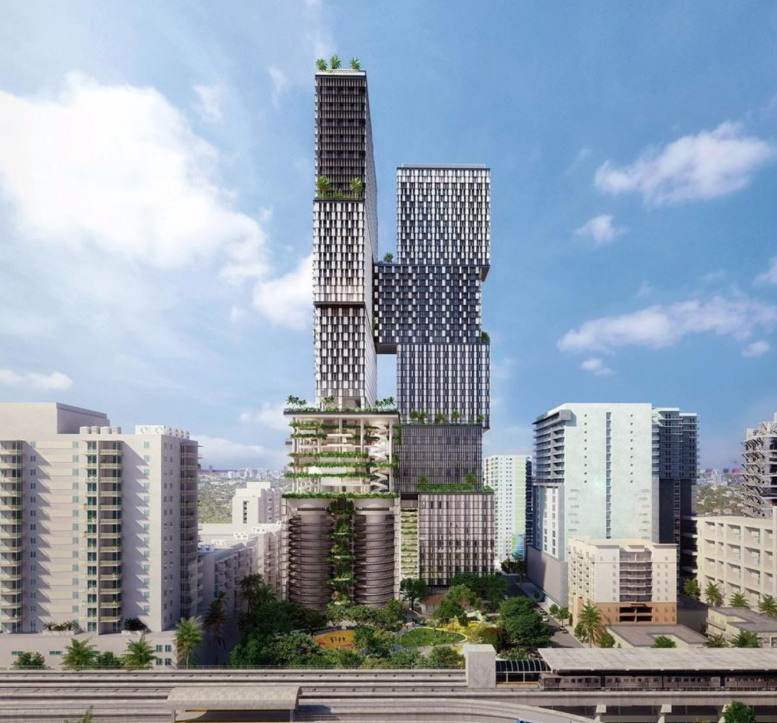 Back in January 2021, renown real estate developer JDS Development Group announced a 2.5 million-square-foot project in the Brickell neighborhood of Miami now known as 1 Southside Park. Addressed as 1133 Southwest 2nd Avenue, the structure is anticipated to rise up to 60-stories and top out at 780-feet, serving as a mixed-use skyscraper of multiple purposes. Based in New York, the developer is notorious for building iconic, one-of-a-kind and sometimes recording breaking buildings such as 111 West 57th Street, 9 Dekalb Avenue and the American Copper Buildings. Let’s dive in to the details of this new mega project set to take its spot in the Brickell-Miami skyline.

1 Southside Park is designed by non other than Brooklyn-based SHoP Architects, known for collaborating with JDS on multiple occasions and taking the concept of designing skyscrapers to new levels.  1 Southside Park does exactly that. The appearance of the tower is quite striking, as renders reveal a series of stacked and shifted volumes, creating two separate towers united at several levels. Each volume being offset from one another allows for more outdoor spaces and terraces as well as amenity spaces. 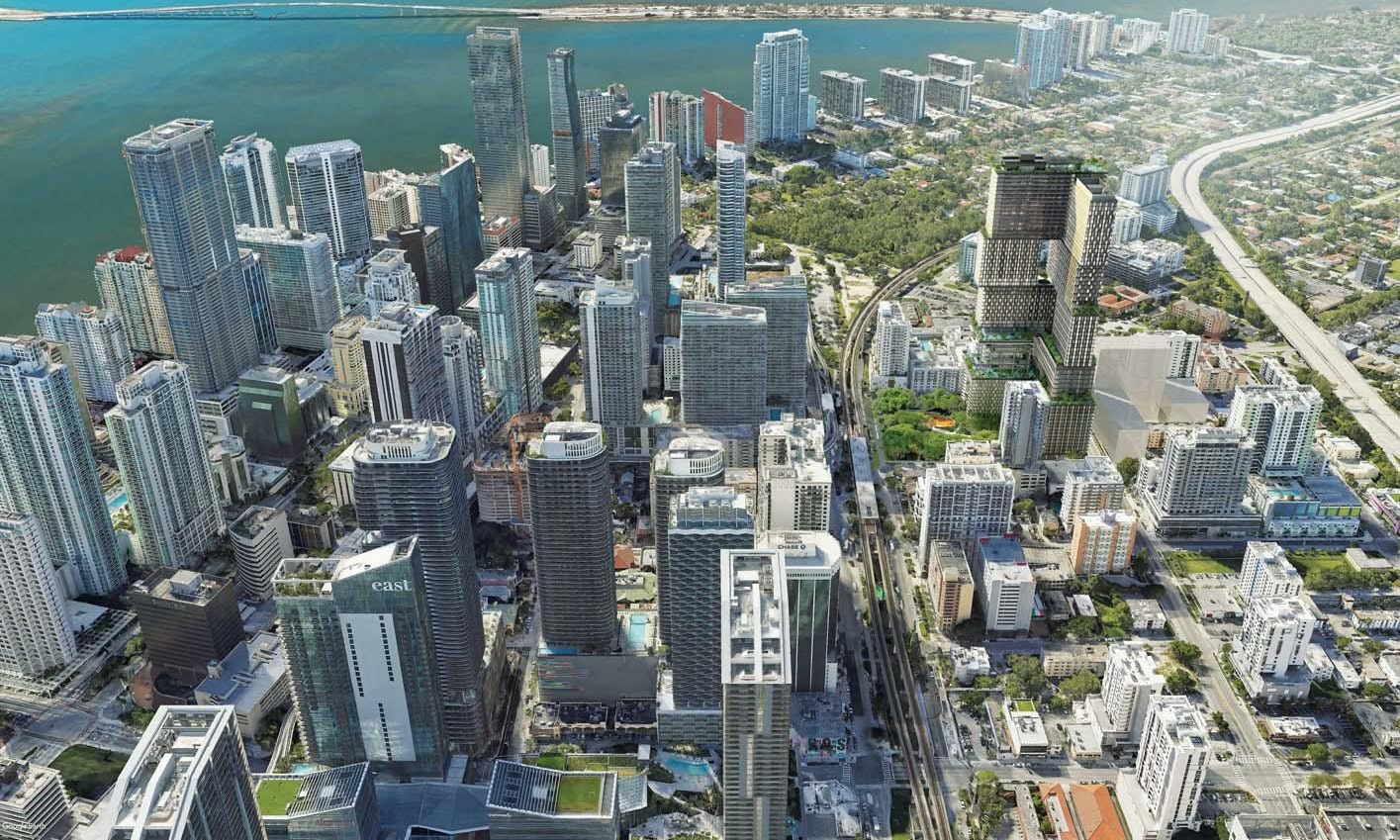 The facade employs a semi-circular perforated screen system referred to as “brisesoleil”, as is used to enclose the building on all elevations in various patterns and densities, giving the exterior a unique fabric and texture; a step away from the standard glass-only curtain wall. 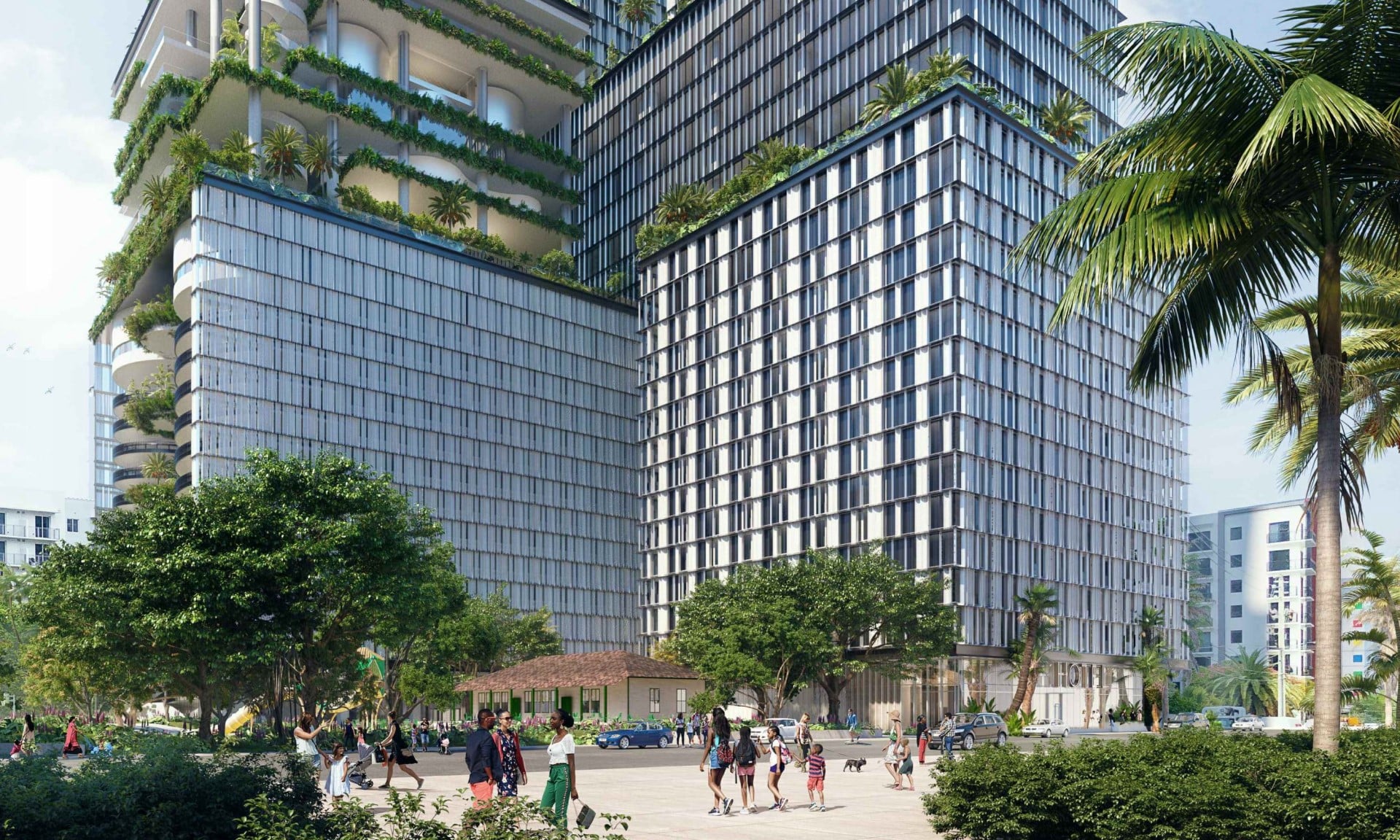 James Corner Field Operations has been selected for landscaping, and is reimagining and revitalizing Southside Park, adding in various dog parks, additional seating areas, more spaces for public art, a basketball court as well as numerous playgrounds and water features. New trees will be added to the park, all while preserving the current Banyan trees for maximum density. Greenery will also be found in the outdoor spaces throughout the building’s volumes, as per the renderings. 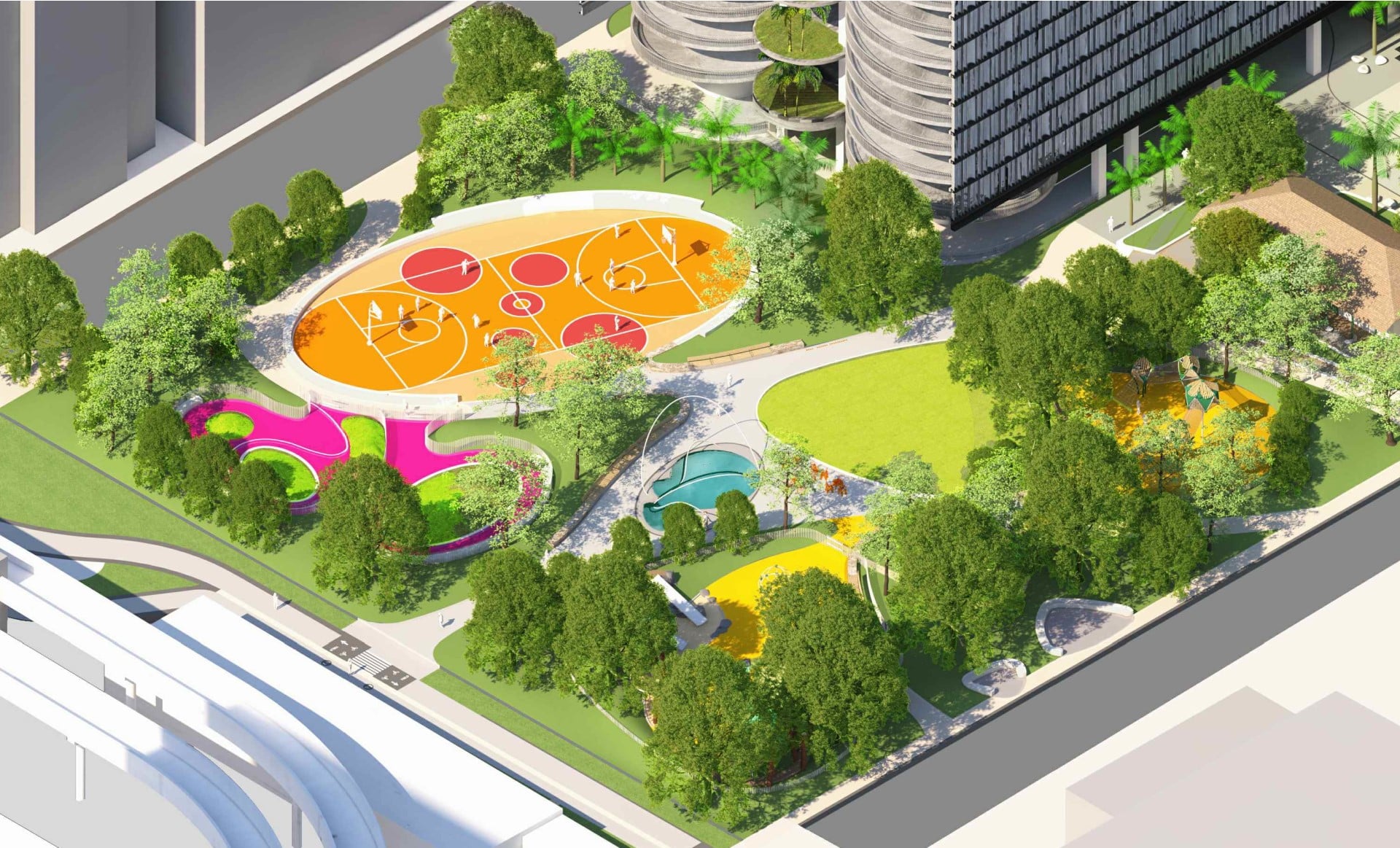 An updated state-of-the-art Fire Station No.4 will be built within the ground floor along Southwest 2nd Avenue and Southwest 12th Street, to replace the former station. 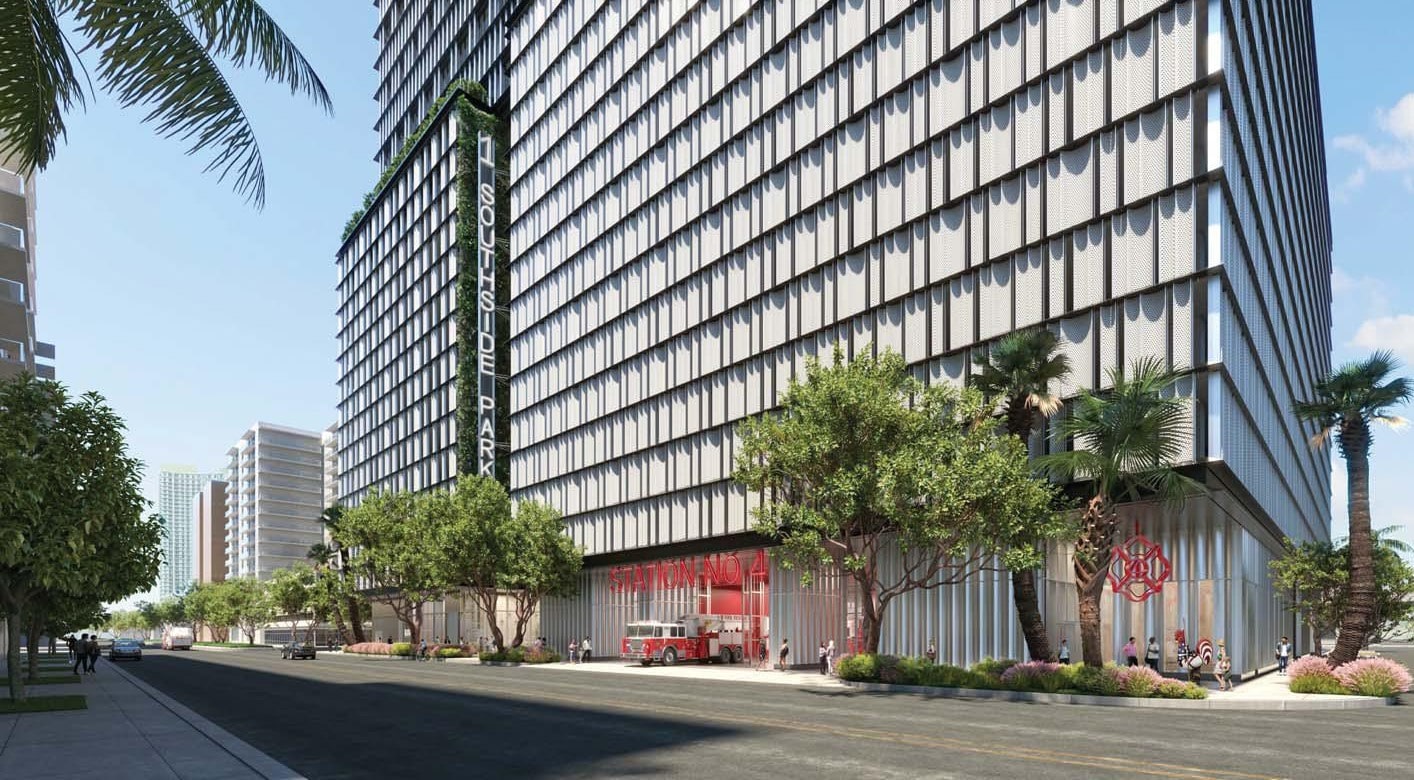 As mentioned earlier, 1 Southside Park will be a mixed-use skyscraper, adding over 1 million square feet within 1,175 residential units, 190,000 square feet of office space, a world-class Treehouse Hotel by Barry Sternlicht featuring 191 rooms, 111,000 combined square feet of commercial/retail/restaurant as well as healthcare/wellness facilities and hotel convention and event space, a 32,000-square-foot fire station and up to 1000 parking spaces. The project will also have easy access to public transportation as the Brickell Metrorail and Metromover station is just steps away.

O’Donell Dannwolf and Partners Architects is serving as the architect of record. Vidaris is selected for the facade and waterproofing. Rockwell Group is designing interiors.

The site is currently in the pre-development demolition stages, with a scheduled completion date set for 2023.