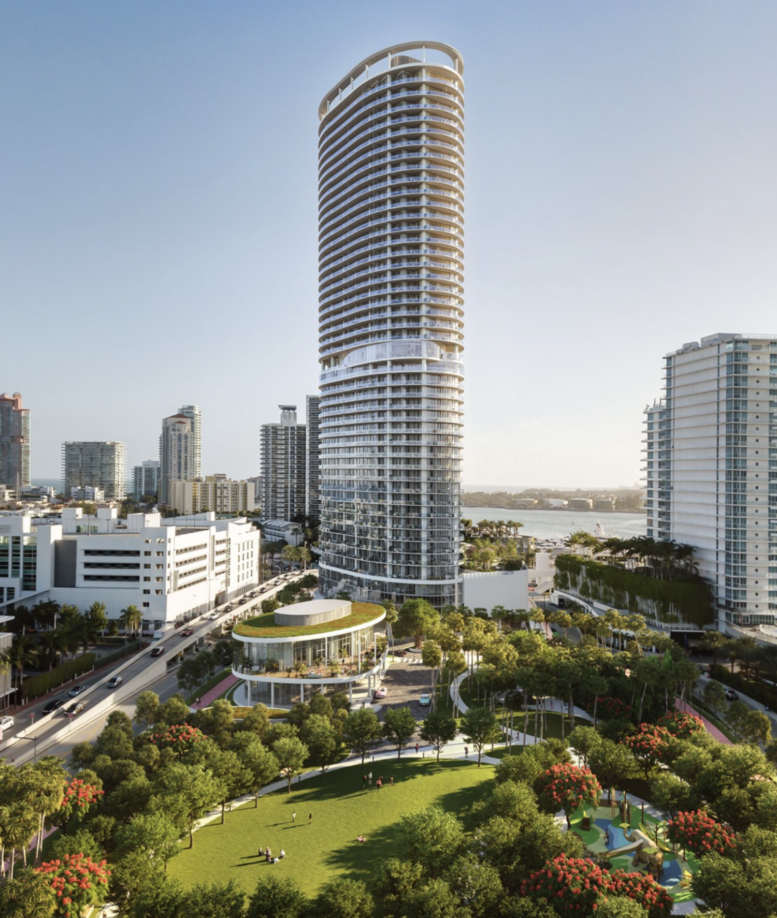 The site of the tower was once home to South Shore Hospital, who’s concrete frame sat abandoned for nearly a decade and fell into disrepair. The structure was strategically imploded and demolished in April of 2019 to make way for the new project. The FAA gave the green-light for the permission to build the new structure in October 2020, and just recently, the developers announced the closing of a $345 million construction loan from Blackstone and Apollo Global Management, which cleared the way for the rise of Five Park. 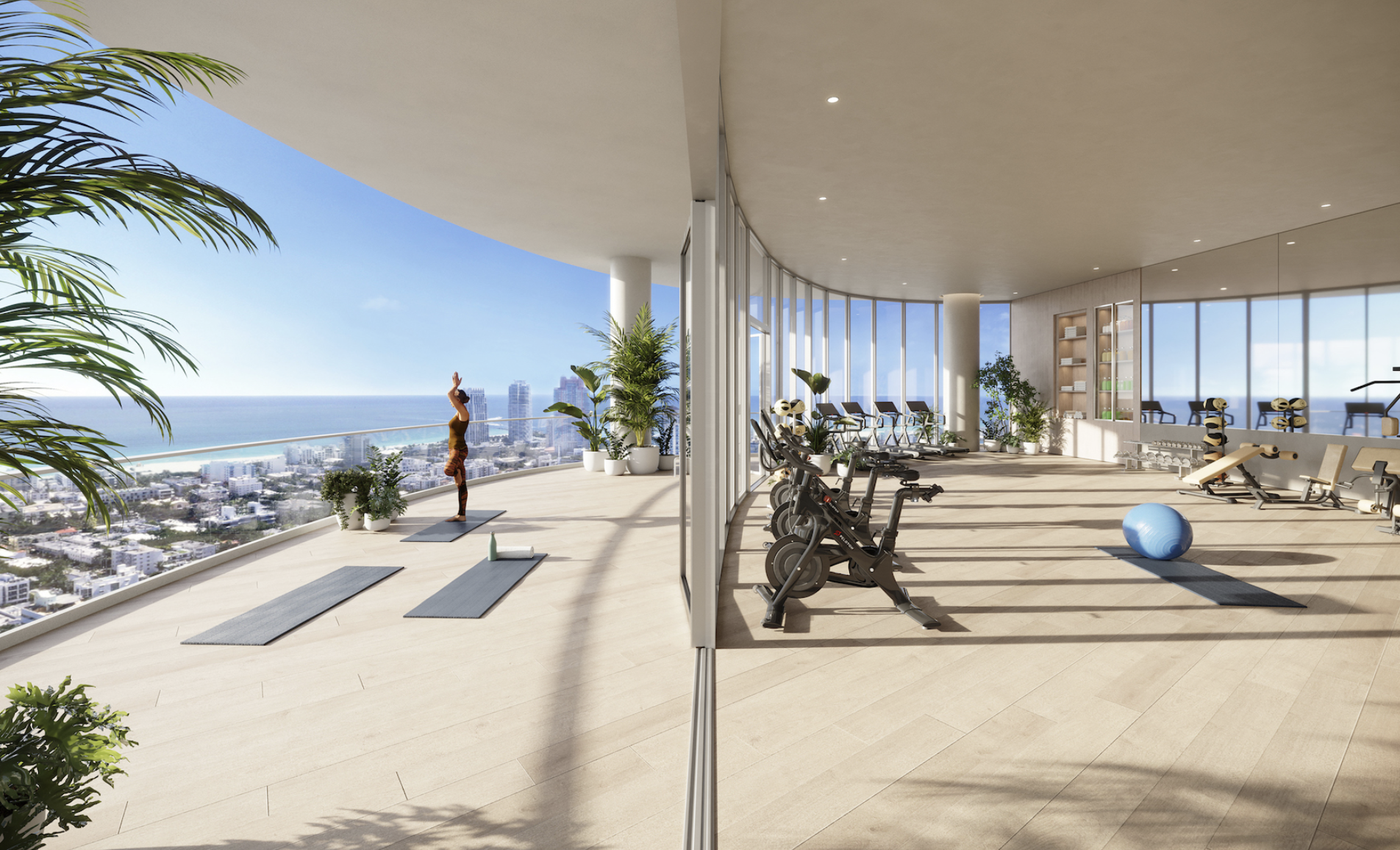 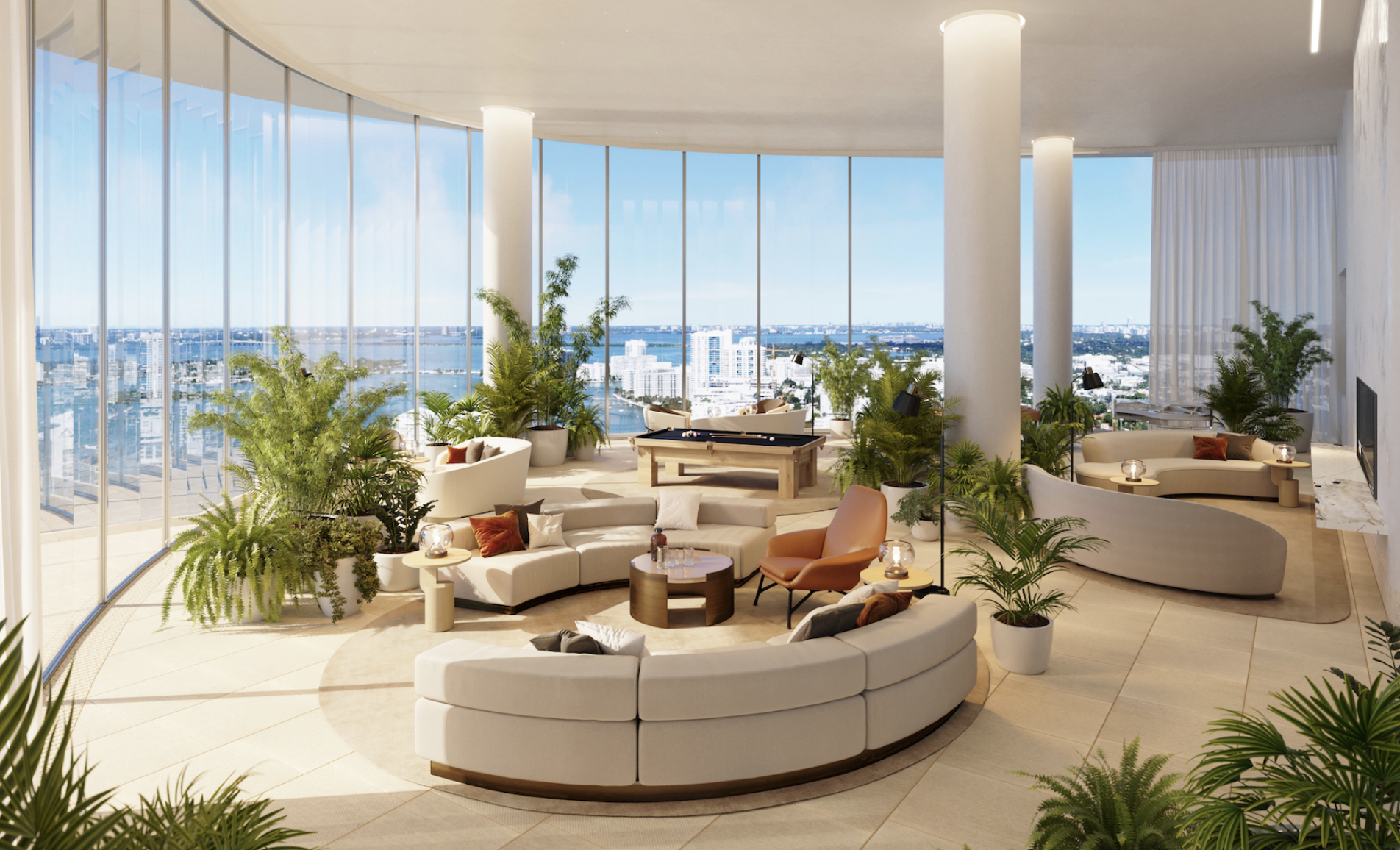 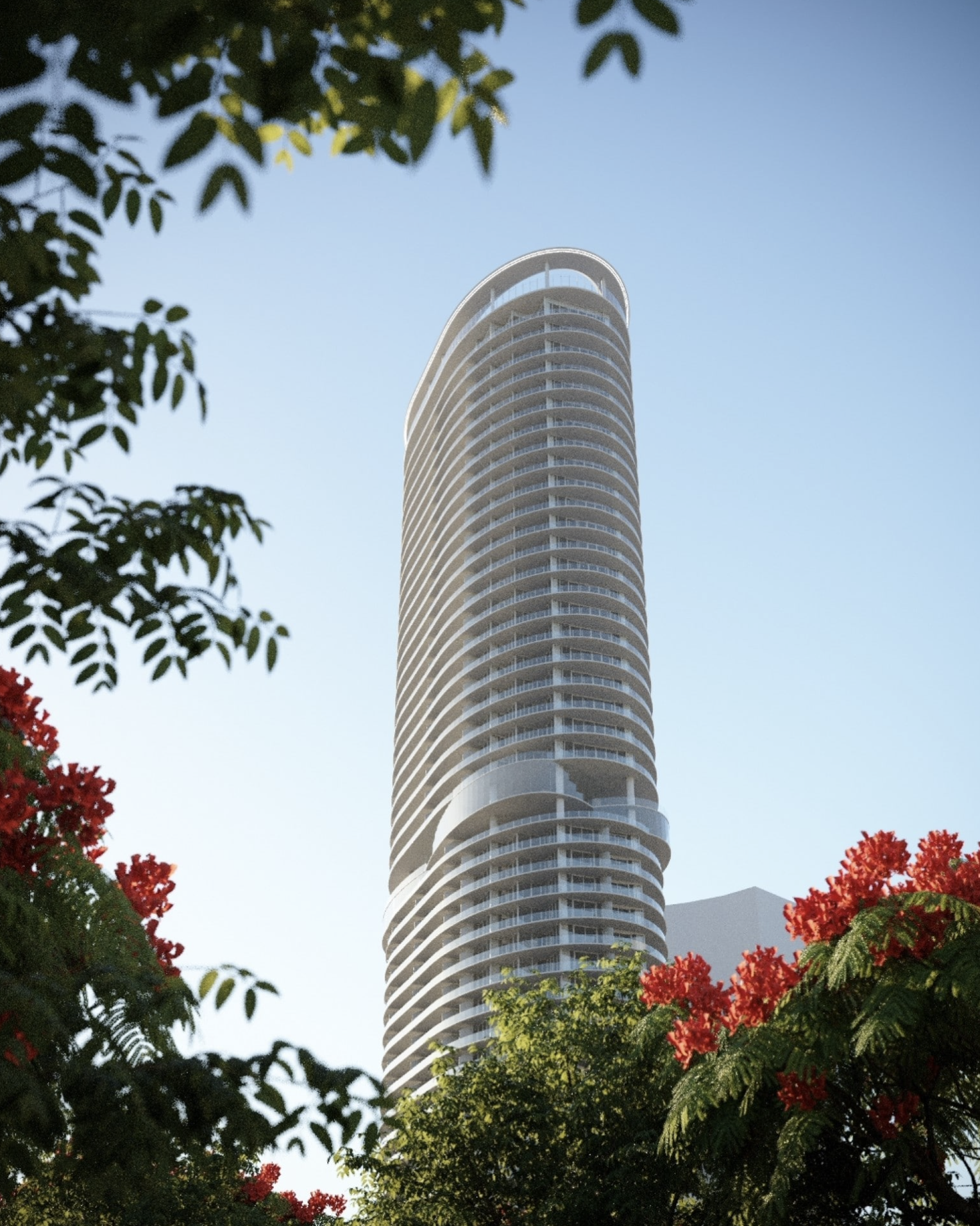 Douglas Elliman is leading sales of 98 condos, which will come in 1-bedroom, 2-bedroom, 3-bedroom, 4-bedroom and 5-bedroom floor plans, ranging from 1,434 square feet to 6000 square feet, all with private elevator access, generous 10-foot ceilings, floor-to-ceiling glass windows and sliding doors. The units will start from the 30th floor all the way up to the 48th floor, paired with enticing amenities such as a pool deck and clubhouse, co-working spaces, charging stations for electric vehicles, a fitness center and spa with treatment rooms, and a pool bar with cafe. Those units will start from $2.5 million. Another 180 units referred to as “park residences” may potentially be rental suites or condos but it’s remains unclear, and those will likely be located below the 30th floor. Nonetheless, most of the residences should feature striking views of Biscayne Bay, Downtown Miami and Brickell, and the rest of Miami Beach.

According to The Next Miami, groundbreaking has already occurred and foundation work is underway. The reinforced concrete superstructure should go vertical relatively soon, and completion is scheduled for some time in 2023.

A 3-acre public park dubbed Canopy Park is also under construction across from 500 Alton Road by the same developers. It serves as a public benefit that was required as part of the approval process for the condo tower, and is slated for completion this Summer of 2021.