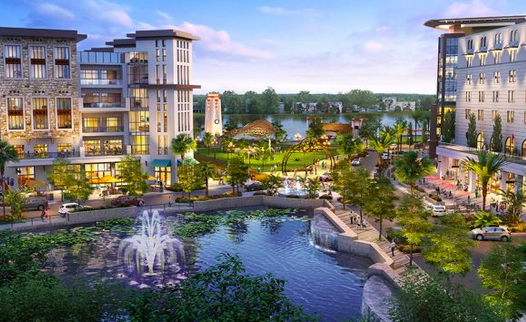 Lake Orlando Golf Club will soon find a new life as Rosemont Neighborhood. The $1 billion venture will provide housing to those living in the Central Florida area, requiring about 128 acres total. Per the Construction Journal, the project sought verification in July 2020. Now, nearly a year later, the project is in its conception stage.

The owner, Westfield Capital Group, acquired the land for $1.85 million. Per the Orlando Sentinel, the waterfront property may be referred to as the “Rose Arts District” in the future, although this name has not been confirmed.

The project will be built within these parameters

The publication also noted that Rosemont has a relatively small population, and this venture might not only bring tax revenue, but also create jobs, provide housing, and increase already-existing property values.

Not much is known about the venture, as it’s just beginning. However, we do know that it will have a theater, museum, retail stores, and residences. The bidding style is “bids by invitation” meaning that only certain contracts will be allowed to apply for the project. Right now, the owners, Westfield Capital Group, have two active ventures in the private entertainment, residential, and commercial sectors. They may call on contractors from previous endeavors.