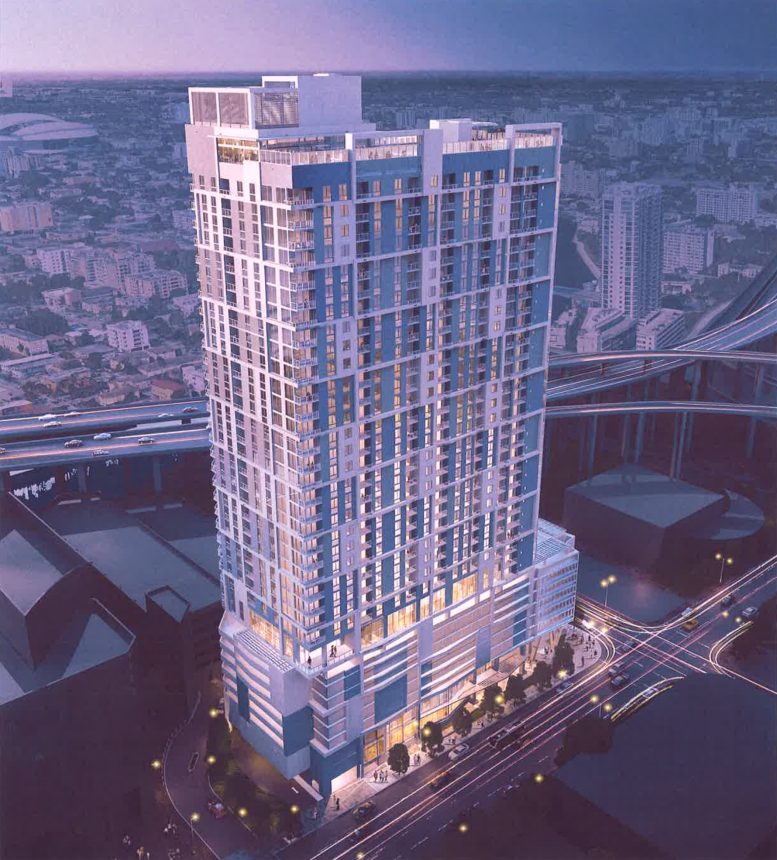 The Federal Aviation Administration has received an application requesting approvals for the construction of a 413-foot-tall structure as well as two tower cranes of 588-feet and 531-feet at the site of the planned 428-unit Nexus Riverside mixed-use skyscraper in Downtown Miami. Designed by NBWW Architects and developed by Miami-based Adler Group, the tower is planned to rise 36 stories at 230 Southwest 3rd Street, which sits east of the northbound I-95 elevated highway and bounded by Southwest 2nd Avenue to the west. This tower is part of the greater 3-acre Riverside Center redevelopment project.

A previous article on YIMBY covering this project stated the 36-story tower rising to a maximum height of 392-feet including the mechanicals, but as of the submission of the FAA application on August 24, 2021, the structure may in fact rise 21-feet higher to 413-feet. The mechanical section in question is likely the elevator extension.

230 Southwest 3rd Street is within close proximity to public transportation, including several bus routes and Metromover lines. The nearest Metromover stop is the Goverment Center Station at Miami Central, which also connects to Brightline, Tri-Rail and Metrorail too. 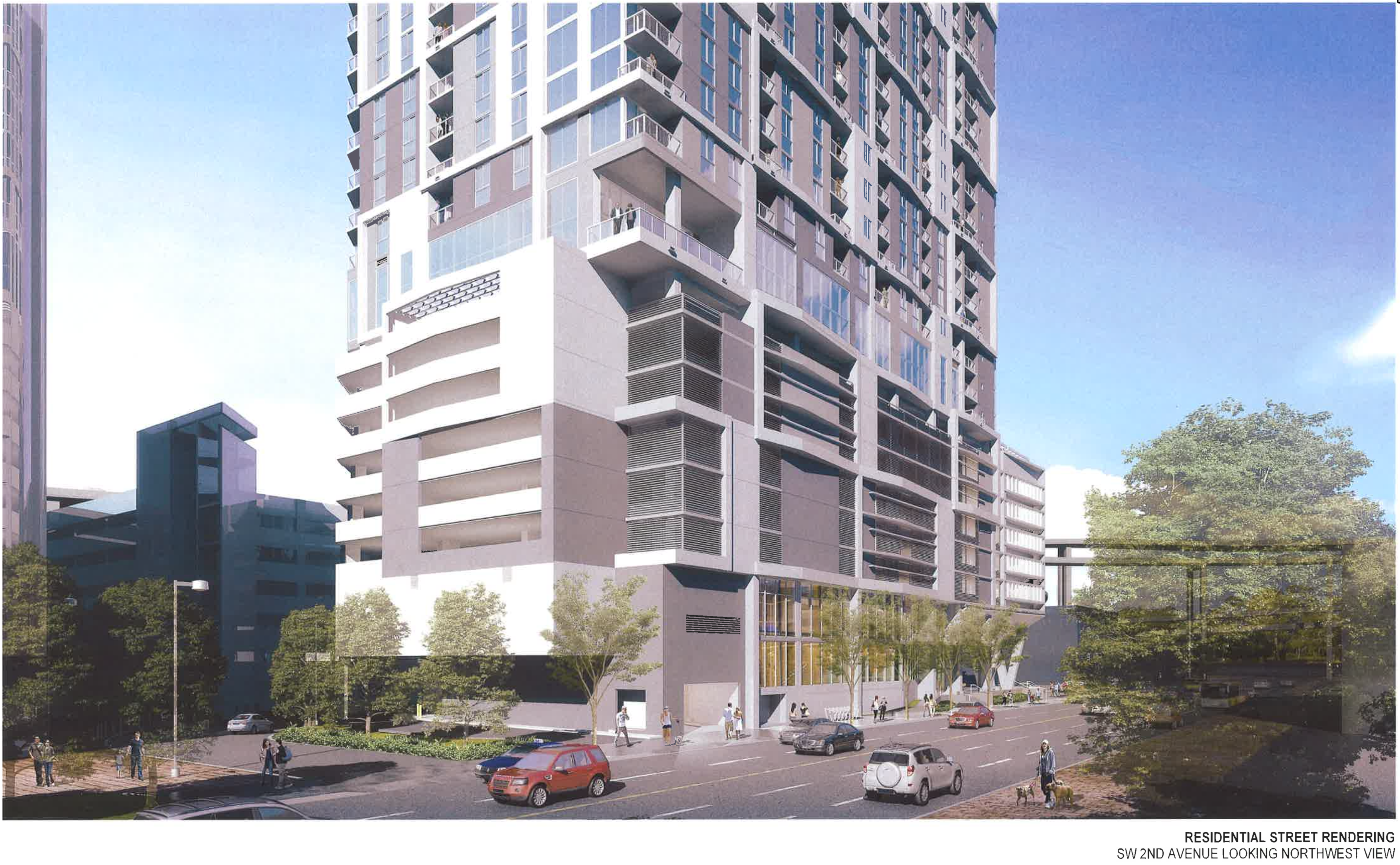 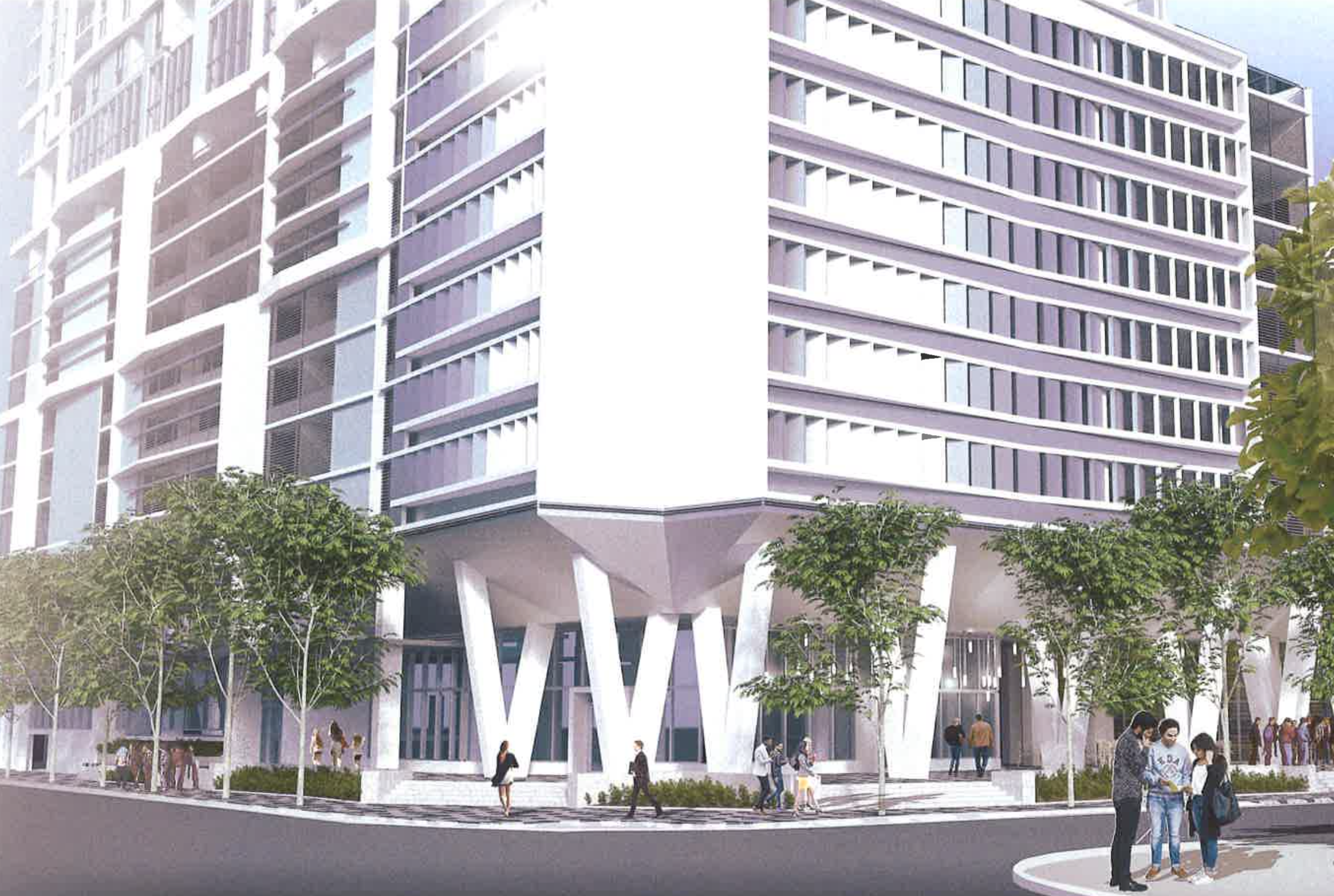 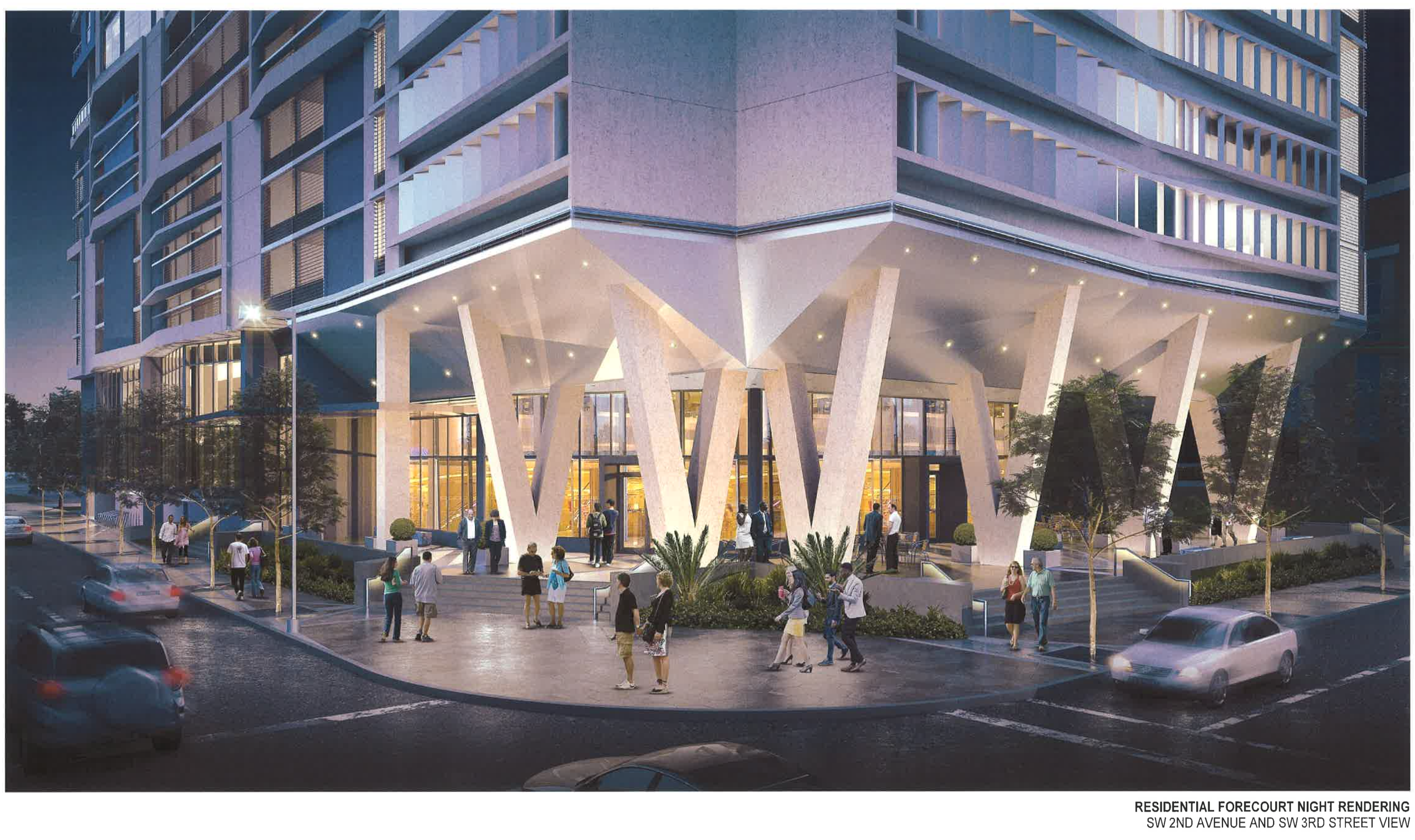 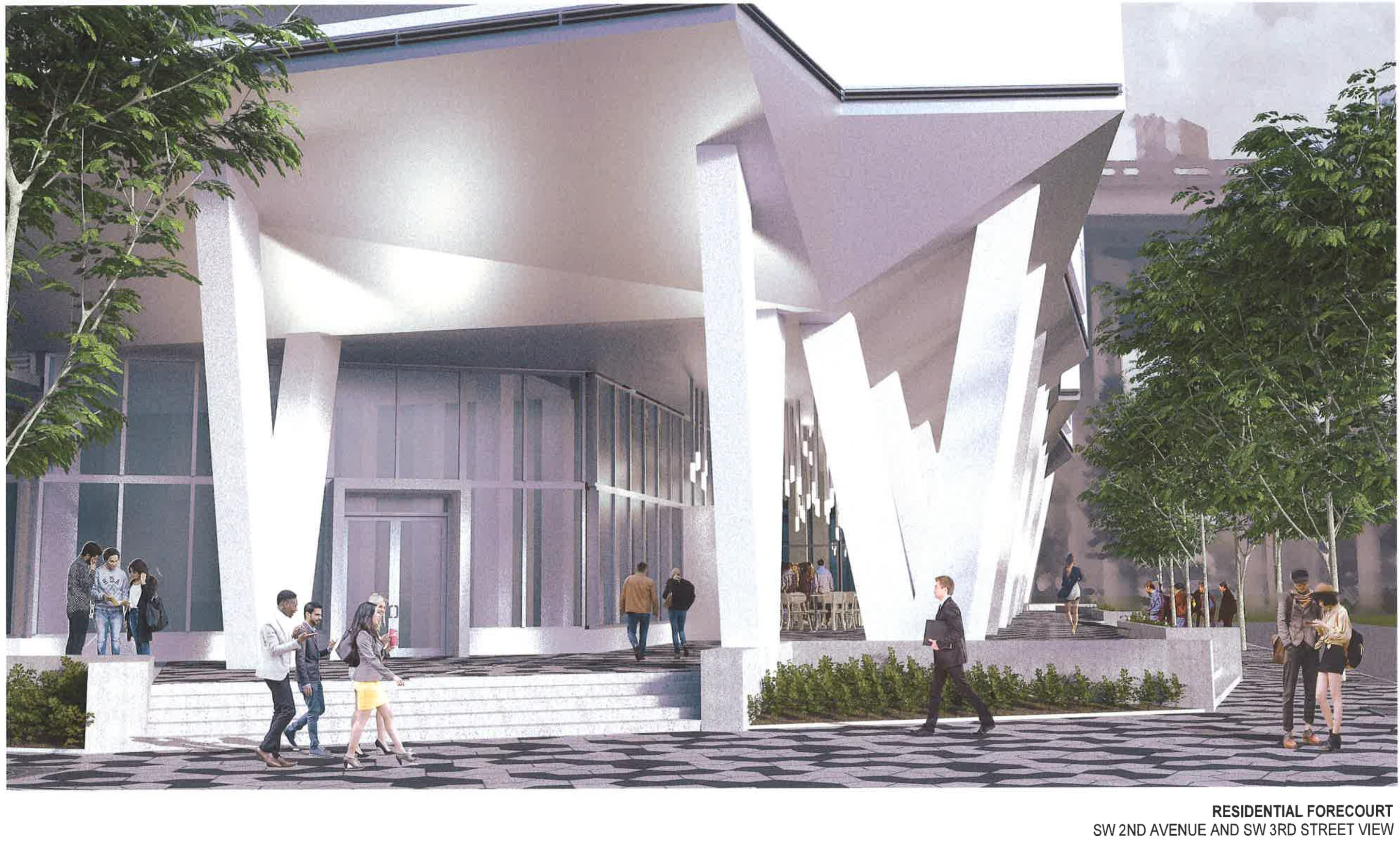 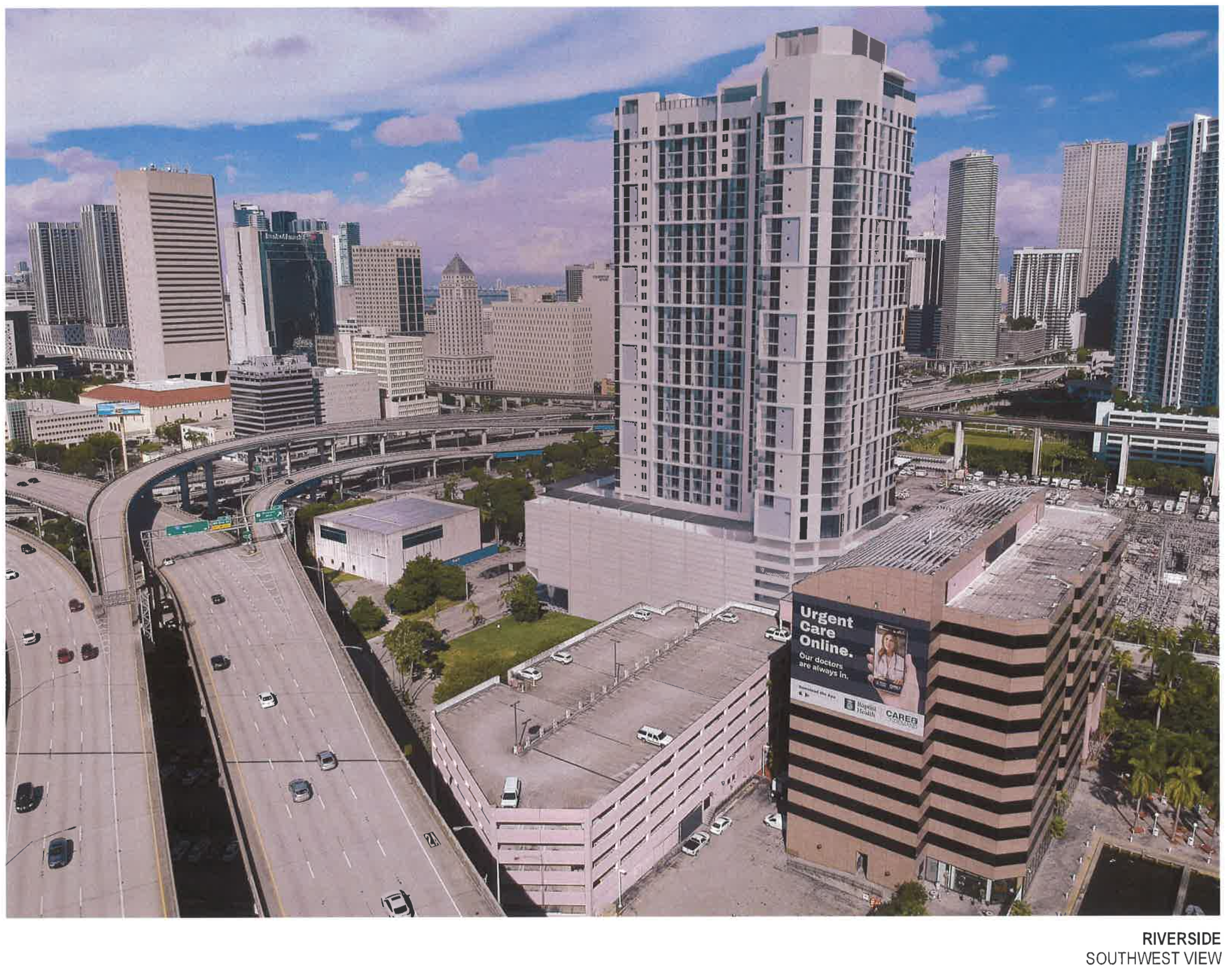 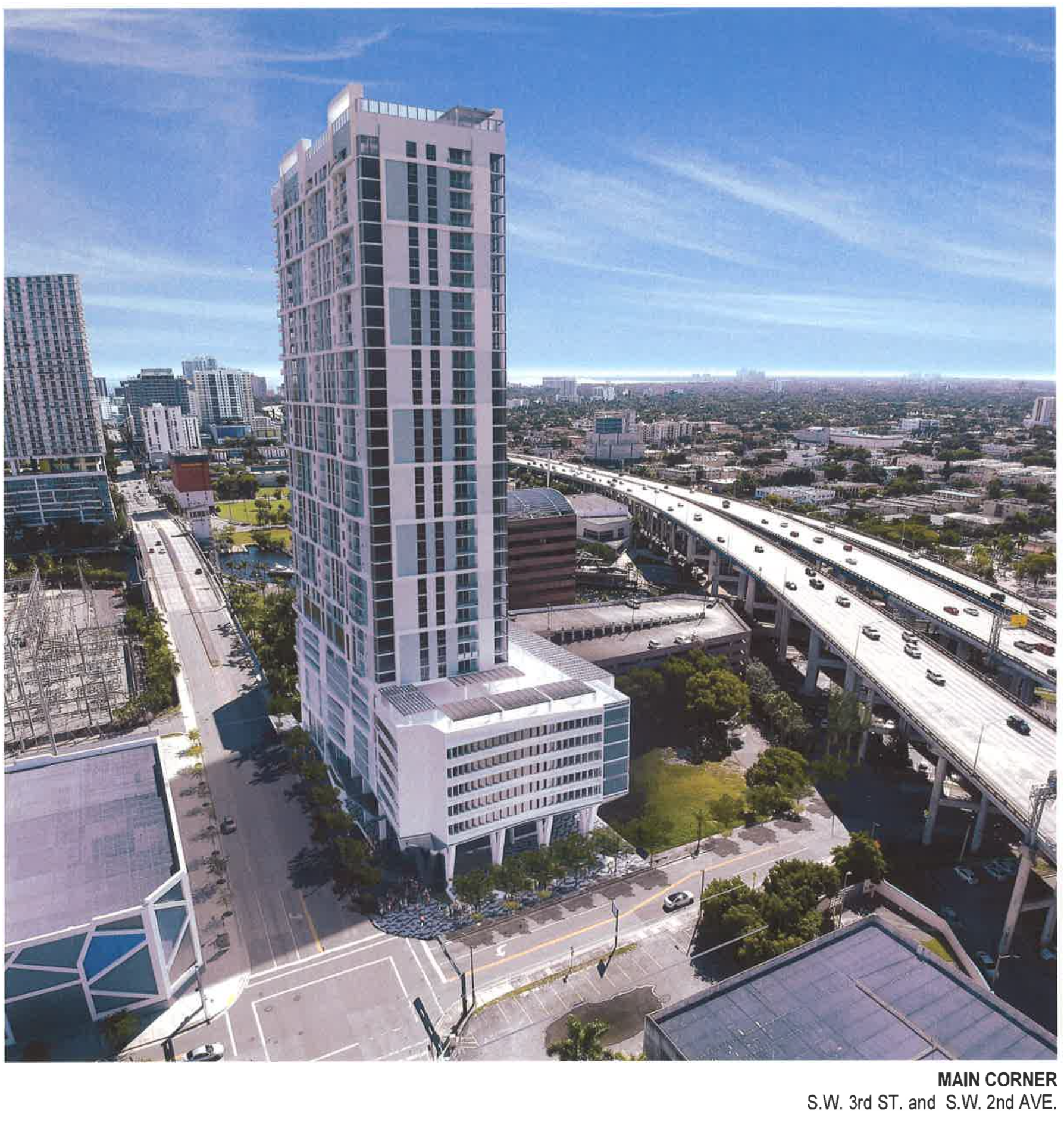 Nexus Riverside will yield 690,973 square feet of space over 39,184 square feet of land; 0.899 acres. Details regarding the units have not been disclosed, but the 428 apartments will likely come in 1-to-3 bedroom layouts. Amenities include a fitness center and yoga room, co-working spaces, a game room and media room, and at the rooftop a social room along side a pool and hot tub, surrounded by a landscaped deck with cabanas. The parking garage will be able to accomodate up to 506-vehicles and their will also be 3,631 square feet of ground floor retail.

The developer plans to have the tower cranes assembled on January 1, 2022 and to remain actively used through 2024.

An application for a building permit was filed with the city on July 29th.