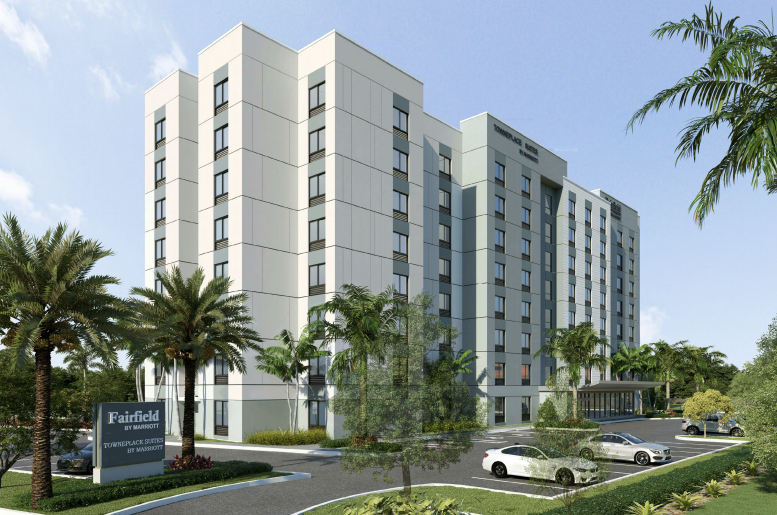 Proposals to construct a new eight-story commercial building in Edgewood, Fort Lauderdale are now under review by the Development Review Committee. The development site is approximately 82,904 square feet and bound by Southwest 26th Street to the south, Marina Mile Boulevard (SR 84) to the north, and Southwest 9th Avenue to the west. 1100 Hotel LLC is listed as the developer with Courtney Callahan Crush of Crush Law representing the applicant. 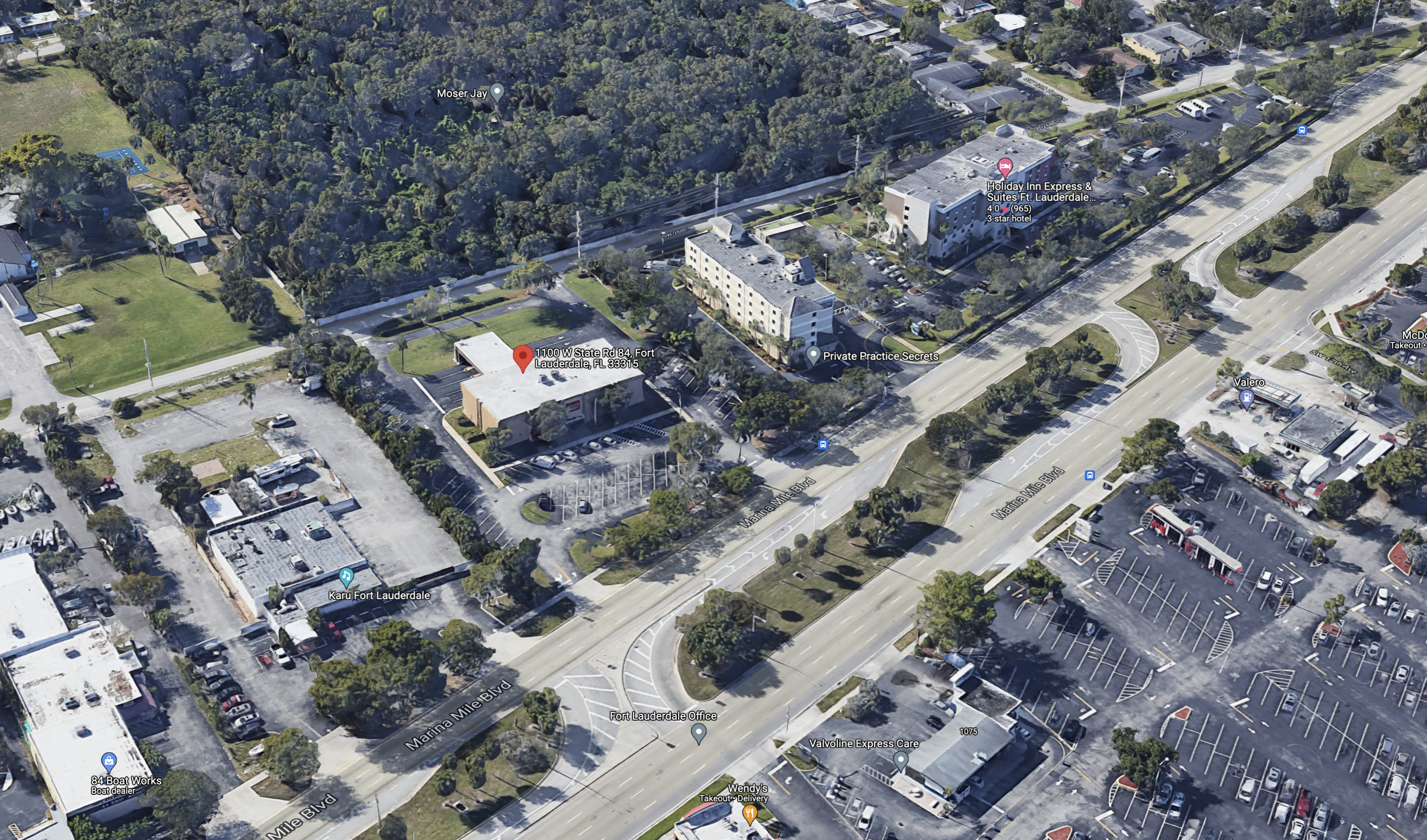 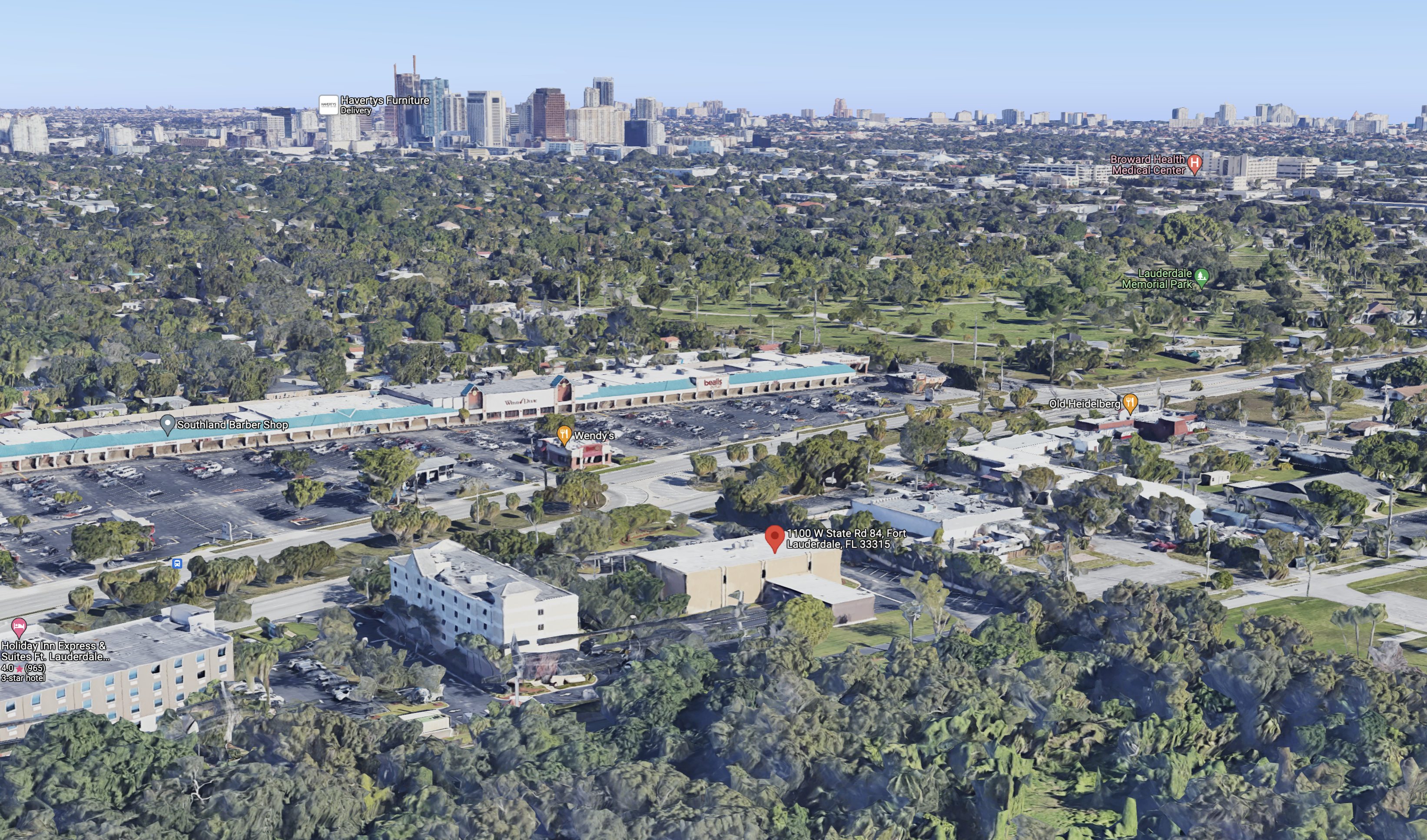 The eight-story structure is slated to become a budget hotel duo-branded as a Fairfield Inn & Towneplace Suites, two franchises owed by Marriot International. The official address is 1100 West State Road 84 (Marina Mile Boulevard), according to the site plan application, and is expected to yield 106,537 square feet of space including 172 combined hotel rooms between the two brands. 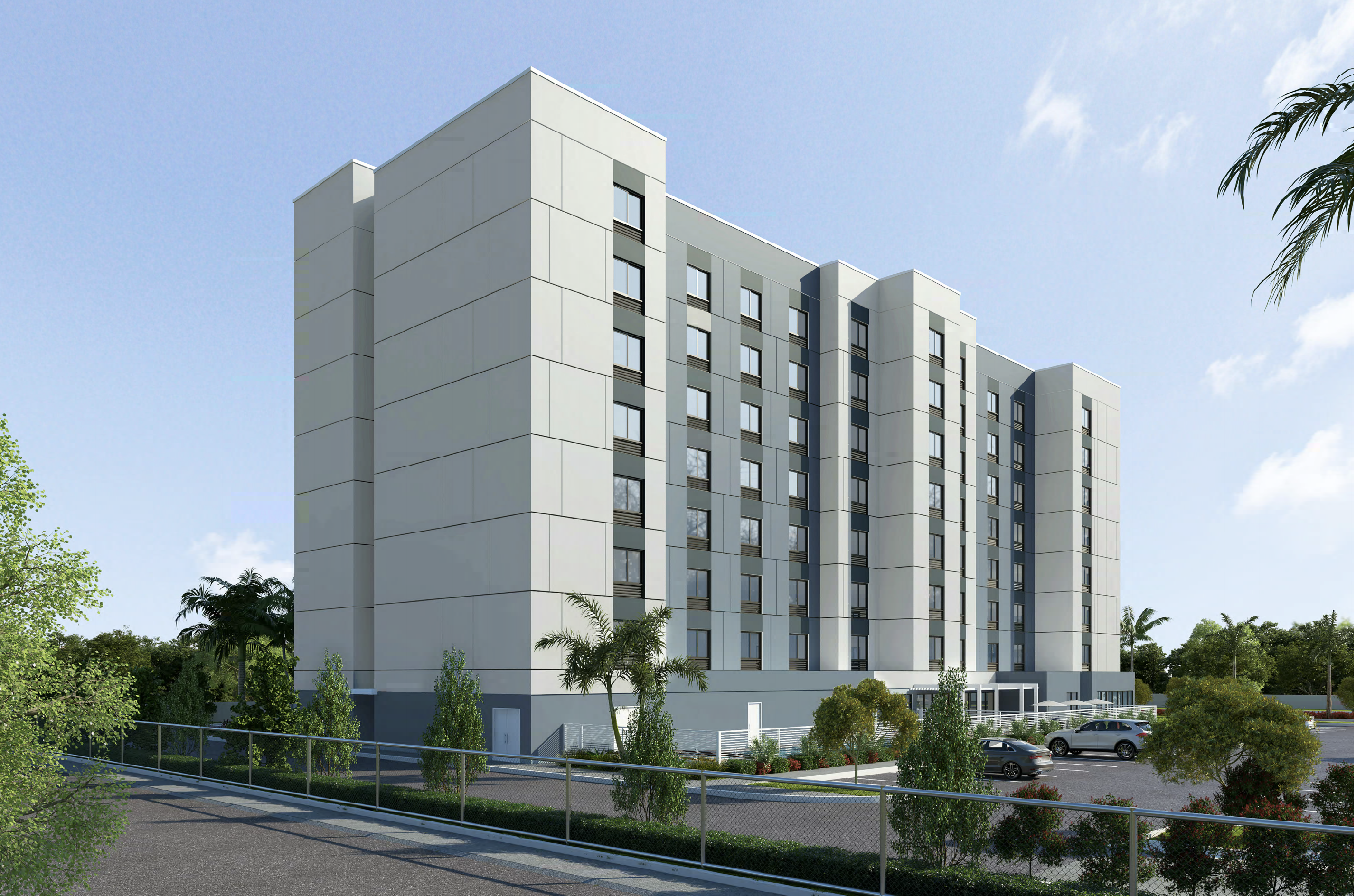 The building is designed by Lake Worth-based George White Architect, and is depicted in the renderings clad in mostly light gray, dark gray and reflective white smooth stucco, layered in a series of parallel and mis-aligned rectangular panels. The structure is expected to rise approximately 92-feet including the parapet and elevator bulkhead. 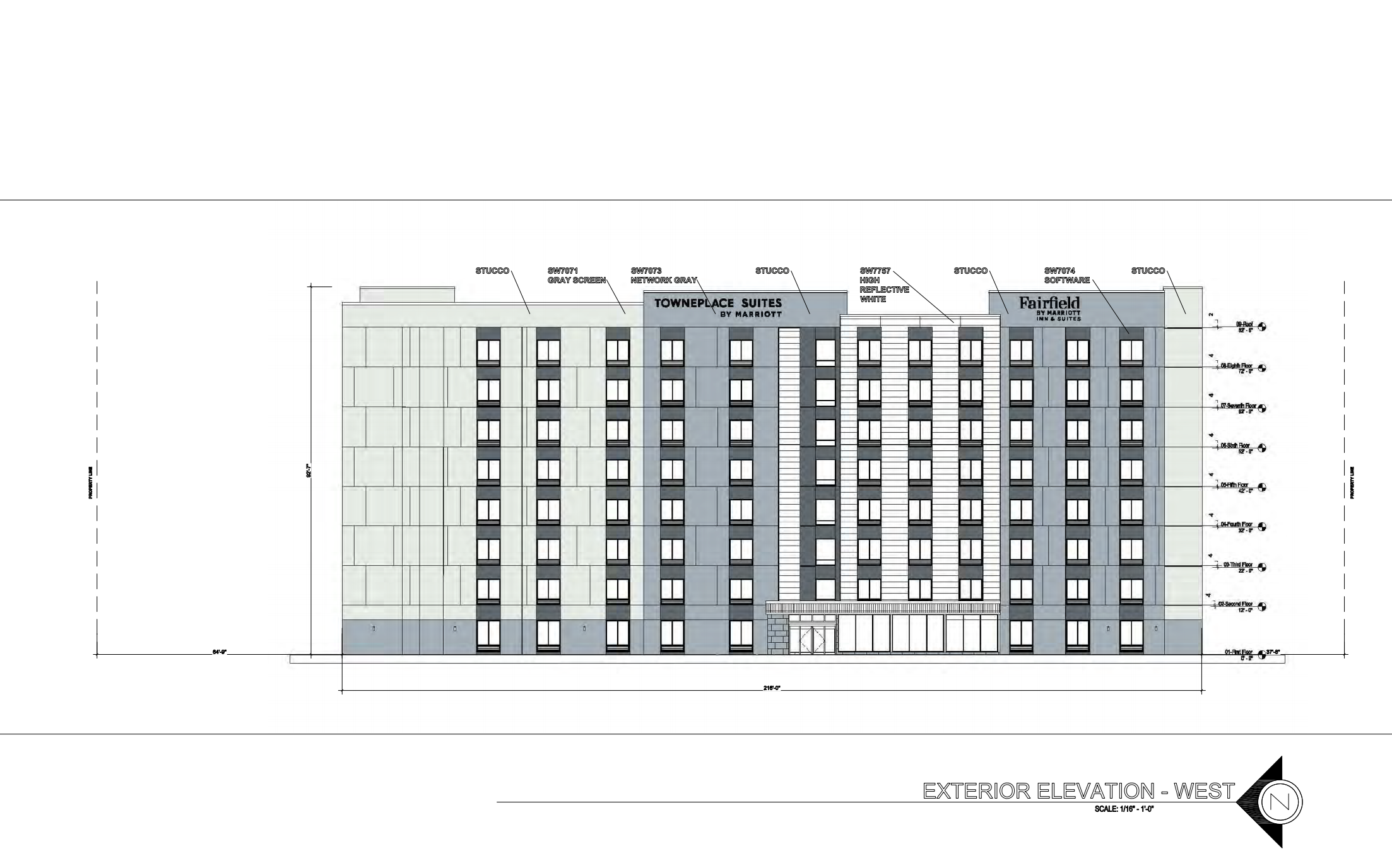 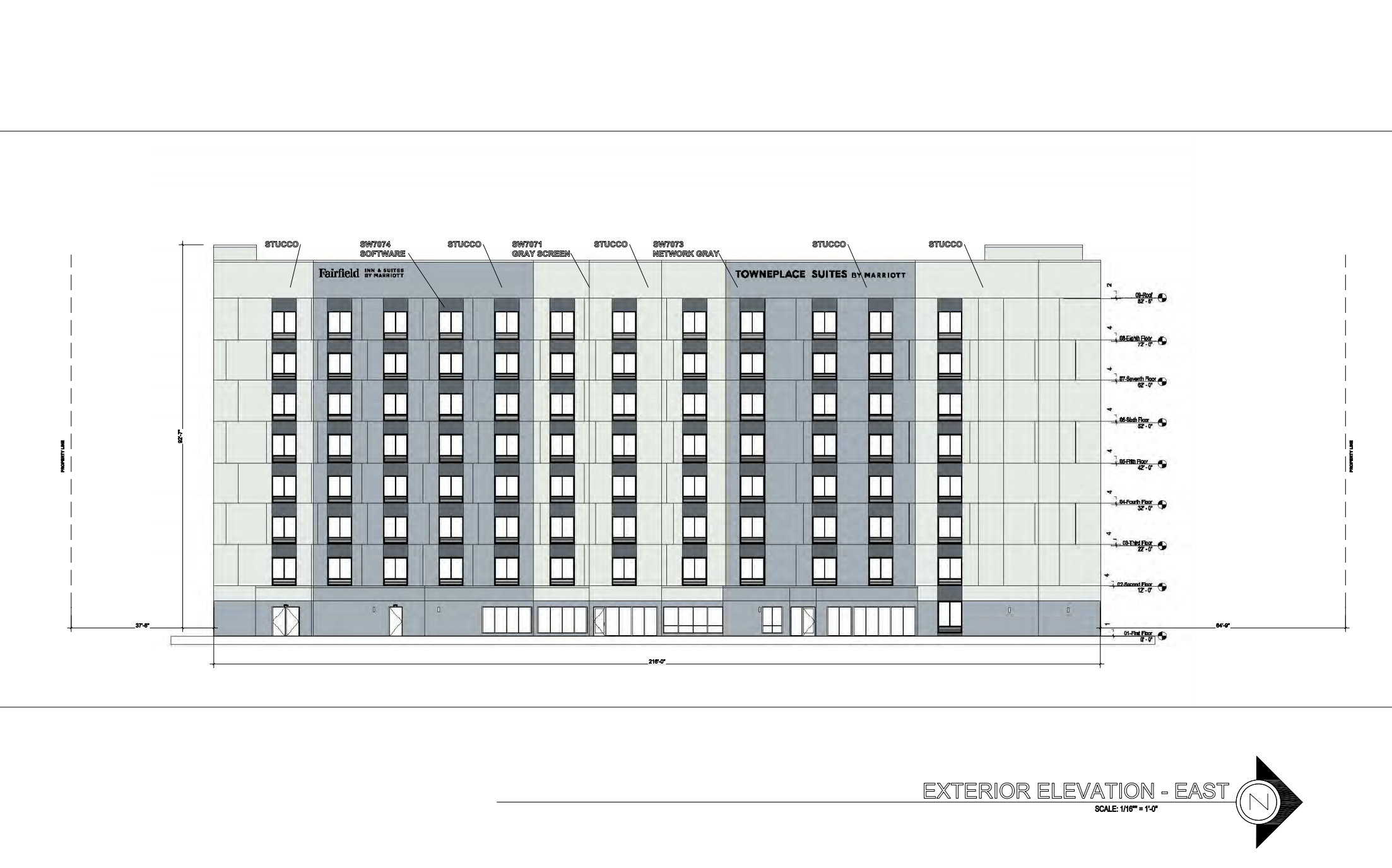 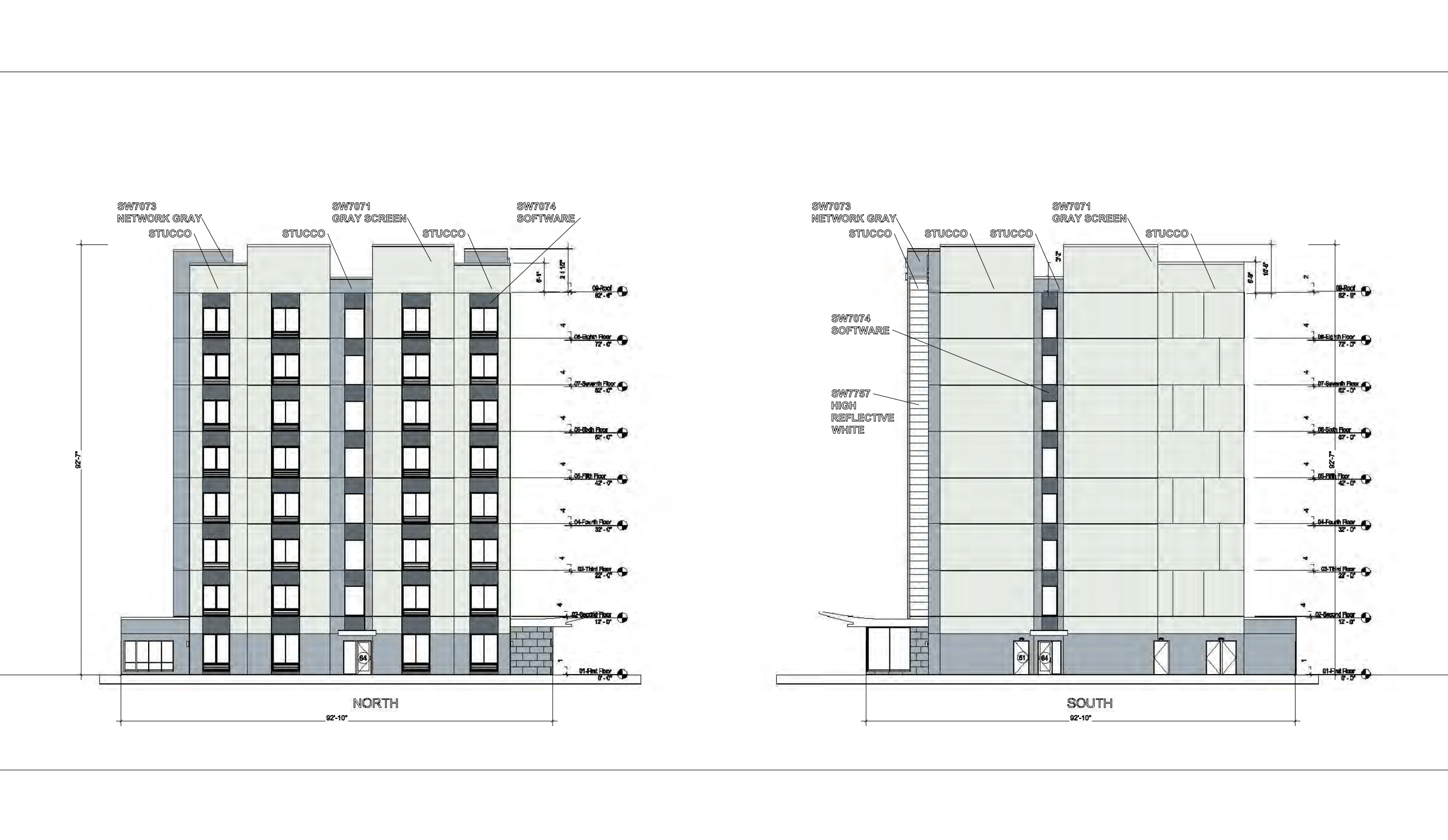 The proposal will be reviewed this week on September 14, 2021. Considering the site is occupied by a single-story structure, demolition permits will likely be required.