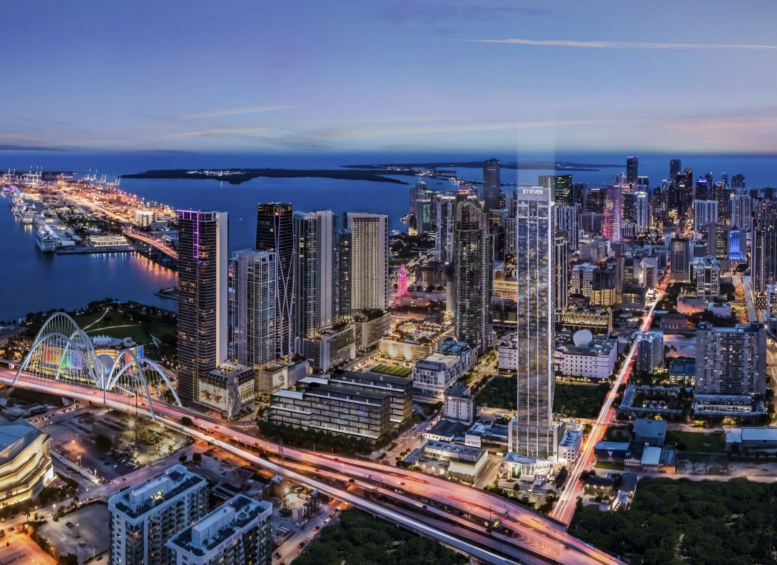 The Federal Aviation Administration (FAA) has granted height approvals for 20 Northeast 11th Street, the site of the upcoming E11EVEN Hotel & Residences, a 65-story mixed-use skyscraper planned for the Park West section of Greater Downtown Miami. Anticipated to rise 709-feet above sea level on the western side of block 18 as per the property appraiser, the interior lots include lot 7 (30 NE 11th St.), 8 and 9, adding up to 18,750 square feet in total floor area. The building is designed by Sieger Suarez Architects, and developed by New York City and Miami-based Property Markets Group with E11EVEN Partners, led by Michael Simkins, Marc Roberts and Dennis DeGori.

After conducting an aeronautical study, the FAA has the structure “would have no substantial adverse effect on the safe and efficient utilization of the navigable airspace by aircraft or on the operation of air navigation facilities”. In other words, the proposed building has been deemed safe and not considered a hazard. 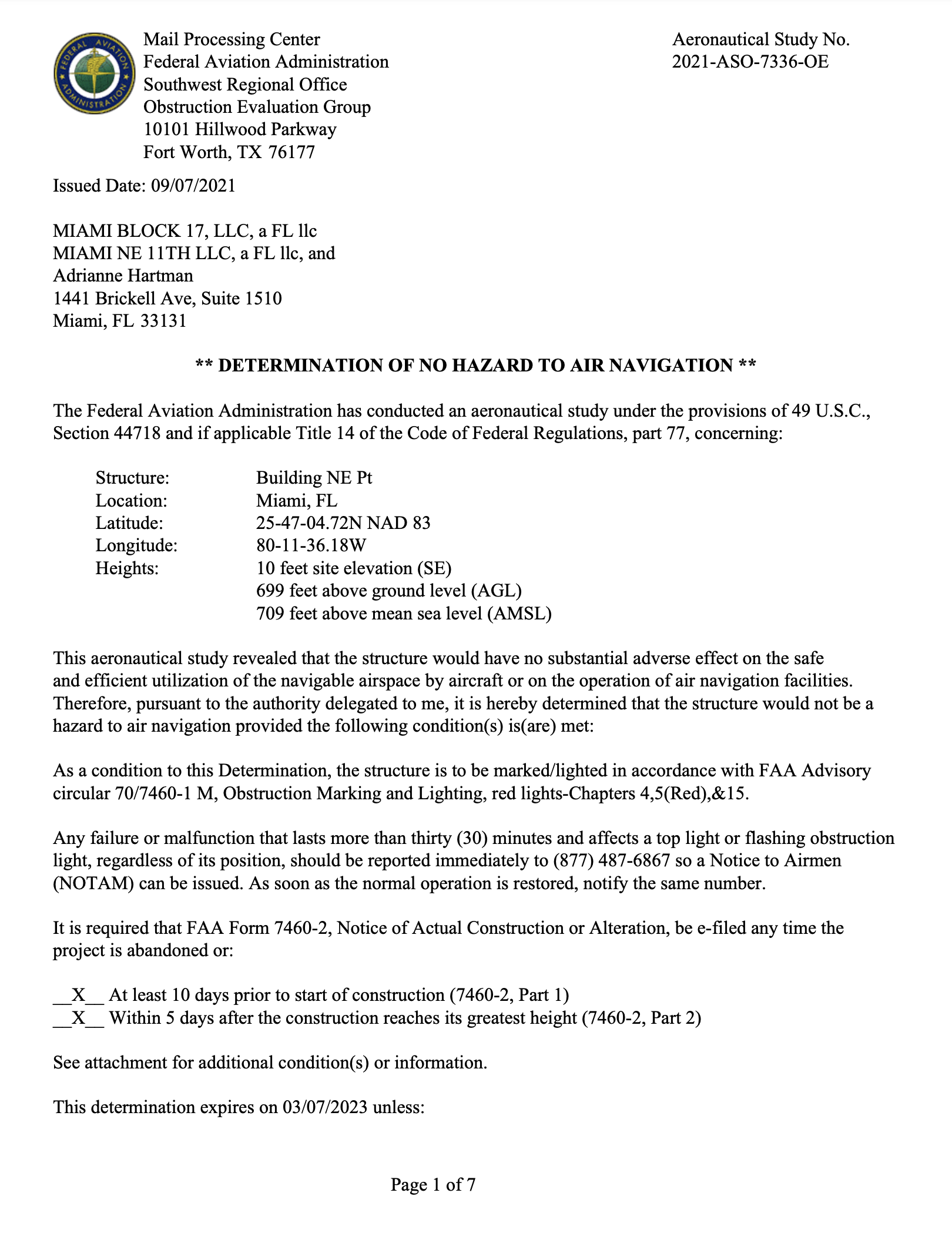 Determination Document. Courtesy of the FAA.

The tower is structurally planned to rise 698-feet, towering over the E11EVEN nightclub across the street, sitting 11-feet above sea level for a total height of 709 feet. The structure will join several towers nearby at the Miami Worldcenter development, that in recent years solidified their positions in Miami’s growing skyline. E11EVEN will join the ranks of the tallest buildings in the city, and like it’s neighbor One Thousand Museum, will likely require deep foundation work to support the structural integrity of the tower. 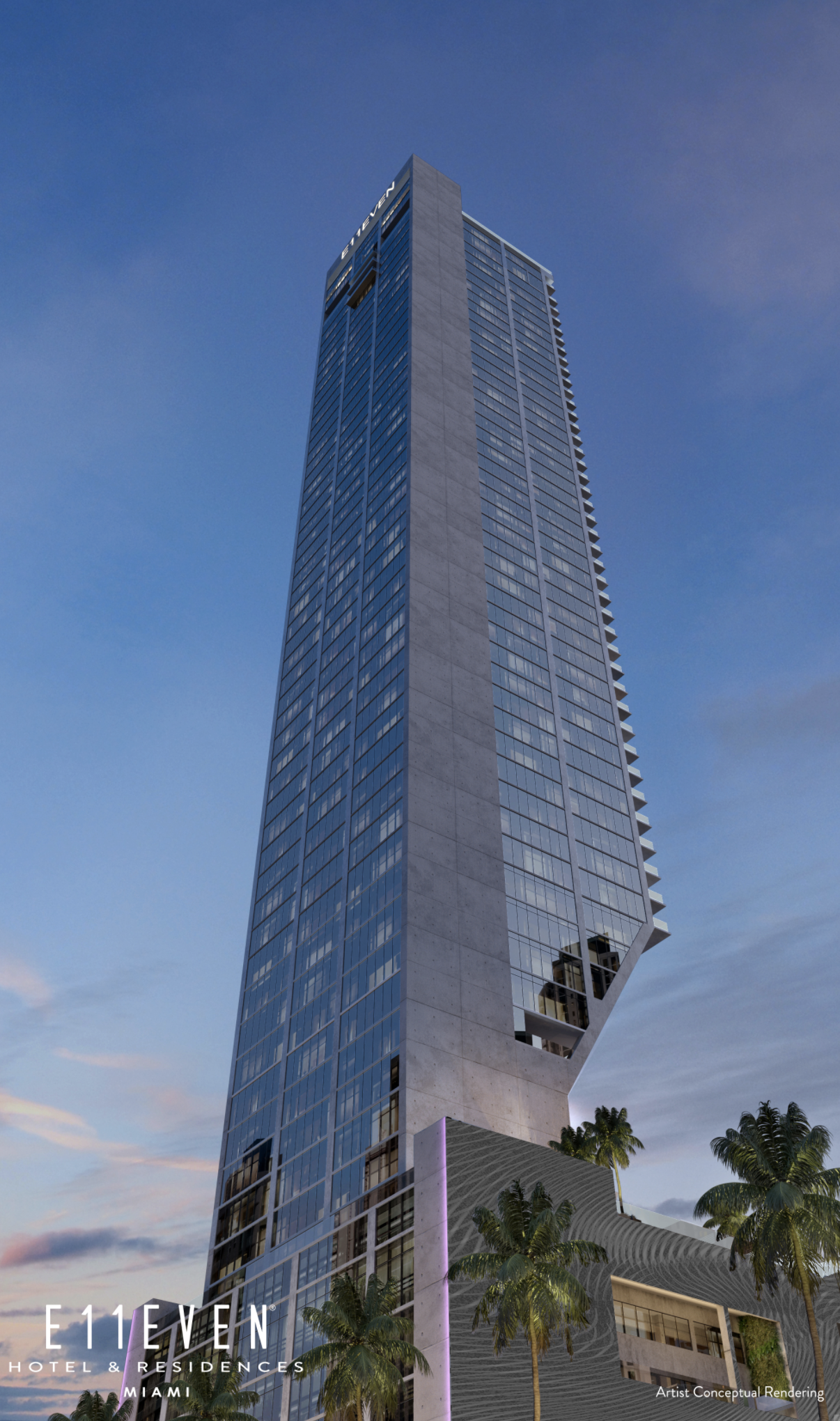 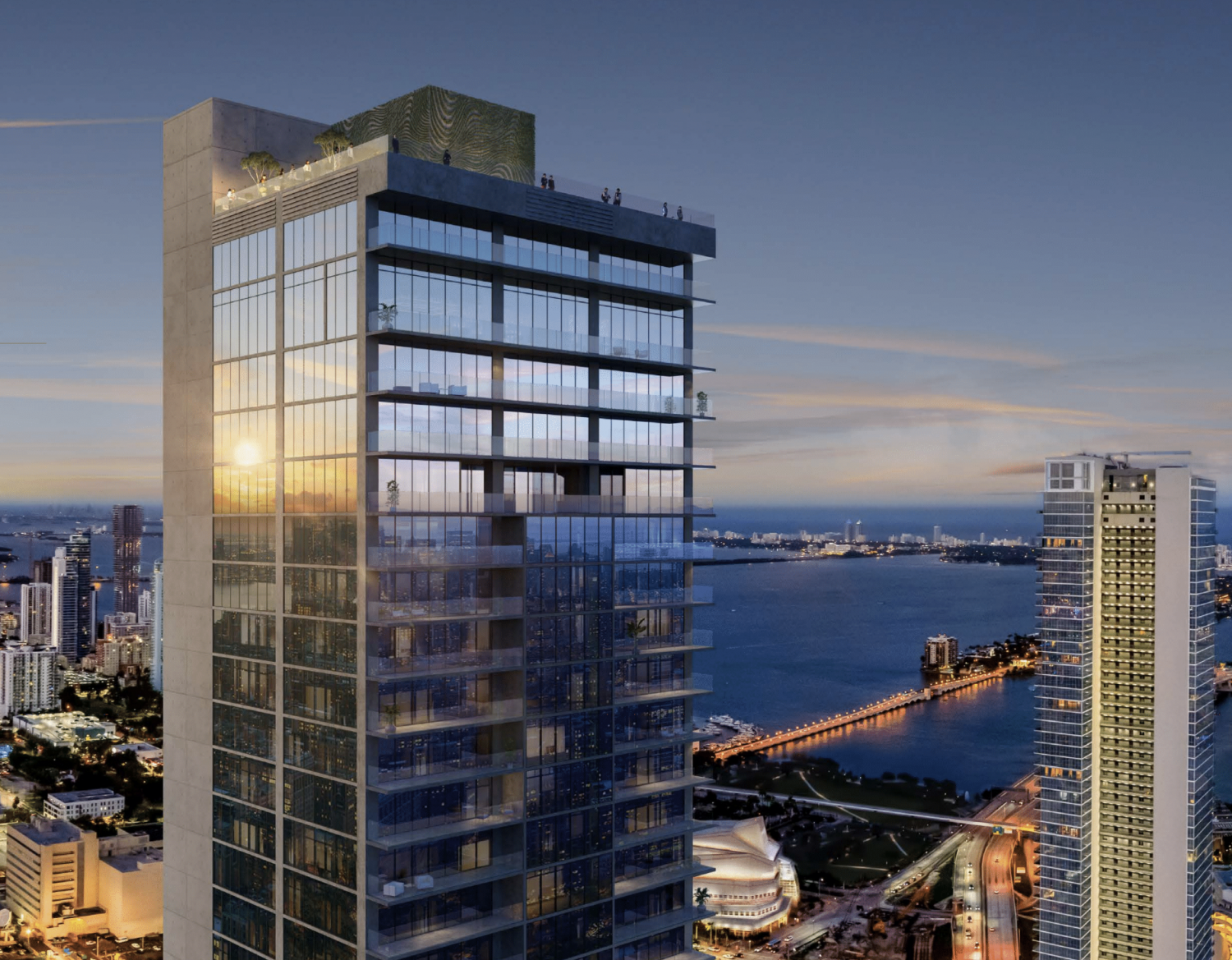 The project will yield 375 fully-furnished residences, and will come in studio, 1-bedroom and 2-bedroom floor plans, a penthouse collection and presidential suites, including a smart home and contemporary lighting package, LED fire places, top-of-the-line in-unit washer and dryer as well as kitchen appliances by Subzero and Wolf. Custom cabinetry will be done by Italkraft, and the master bedroom closets will come fully built out, while bathrooms will feature fixtures and accessories from Waterworks. Ceiling heights will reach as high as 10-feet and some residences will come with French balconies. Units start from around $300,000 and go for as high as $10,000,000.

AvroKO is listed as the interior designer.

Groundbreaking now may occur some time in Q4 of 2021, and the developers aim to reach completion in late 2023, taking approximately 30 months for construction.