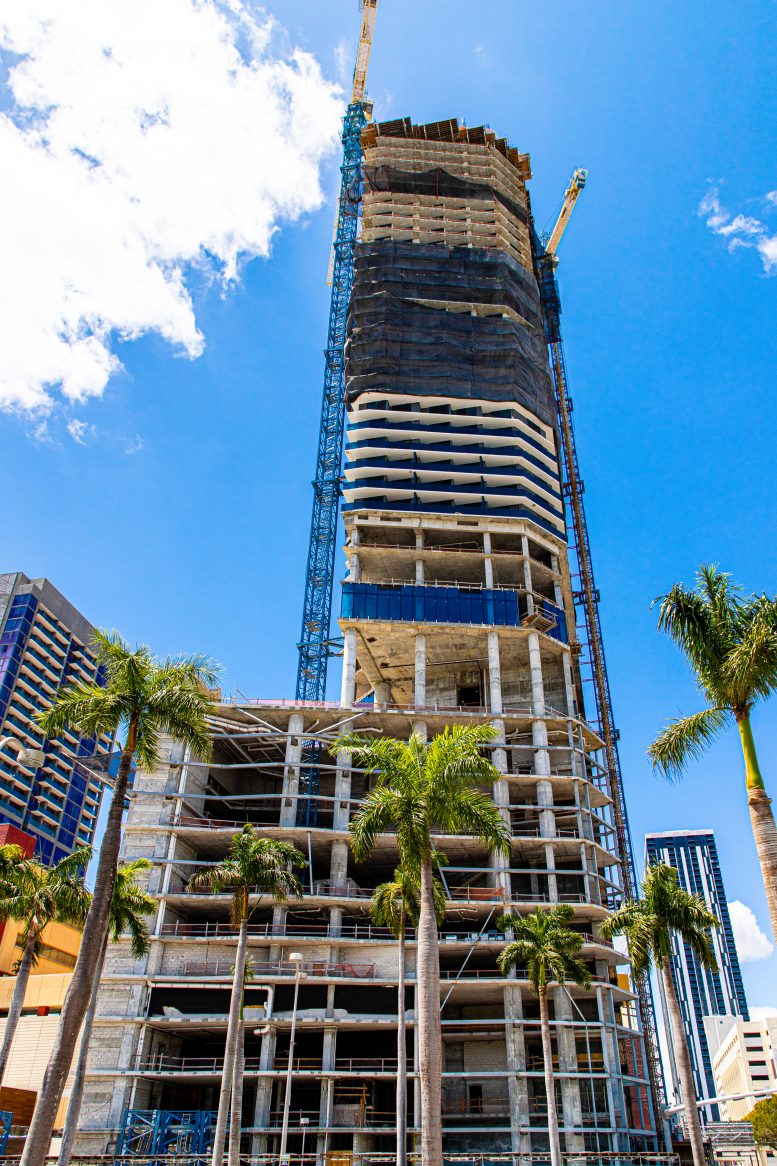 Construction is making steady progress at Society Biscayne designed by Sieger Suarez Architects, a 571-foot-tall mixed-use skyscraper rising in Downtown Miami. Developed by Property Markets Group and Greybrook Realty Partners, the 49-story tower is located at the south-east corner of Biscayne Boulevard and NE 5th Street. The site is addressed as 400 Biscayne Boulevard, sitting directly across the street from Bayside Marketplace and just steps away from the American Airlines Arena. This development also happens to be one of the largest to rise in the current building boom, adding a total of 951,573 square feet of real estate to the city of Miami.

Recent photos show the state of the reinforced concrete superstructure which has been rising at around one floor per week and a half. Glass panels of façade are currently being installed throughout the middle and upper floors. 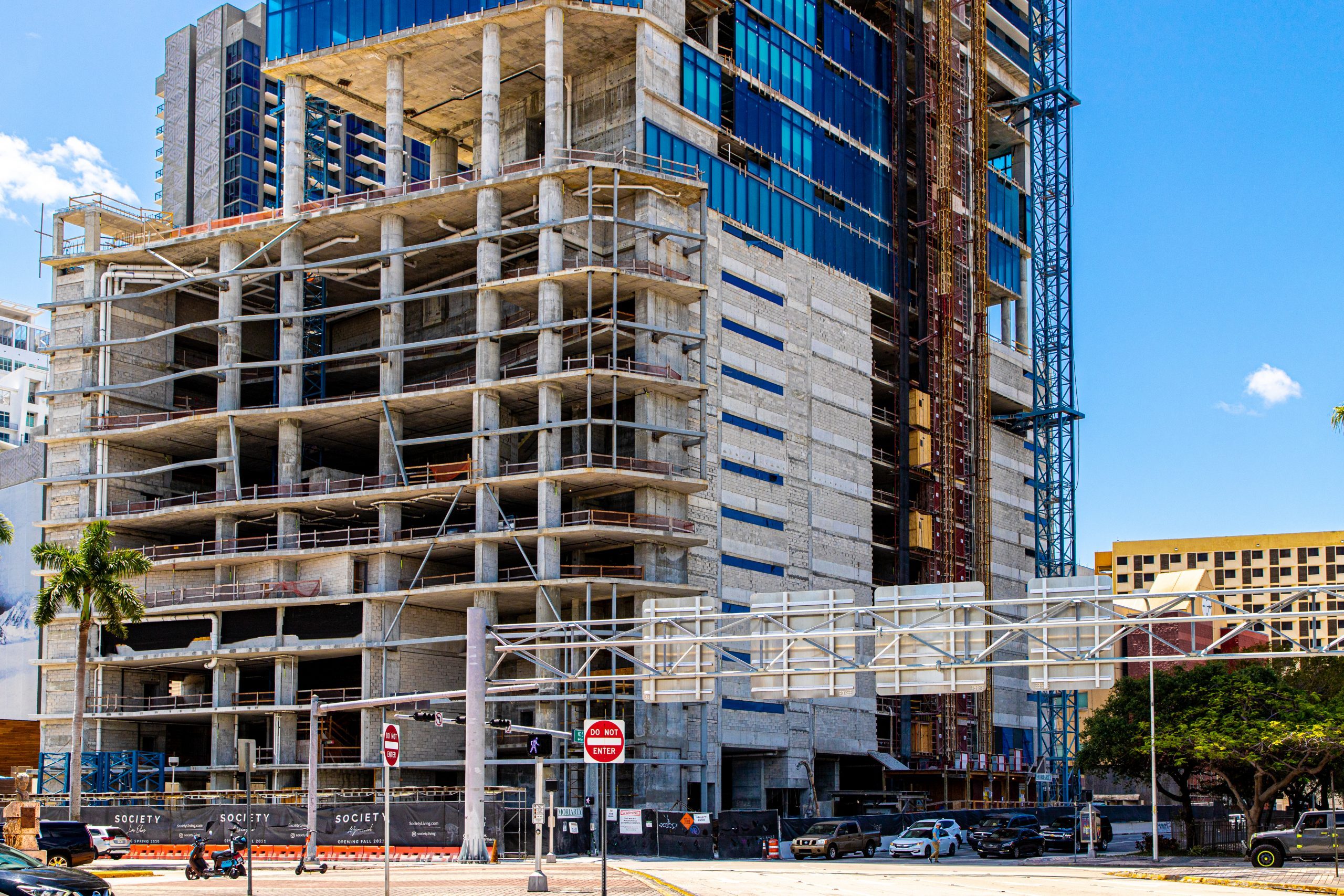 The reinforced concrete superstructure currently stands at around 500 feet as the 39th and 40th stories are formed and poured in. The perimeter columns and floor heights decrease in size after the podium and first set back, as tho se levels are dedicated purely to office and amenity spaces. 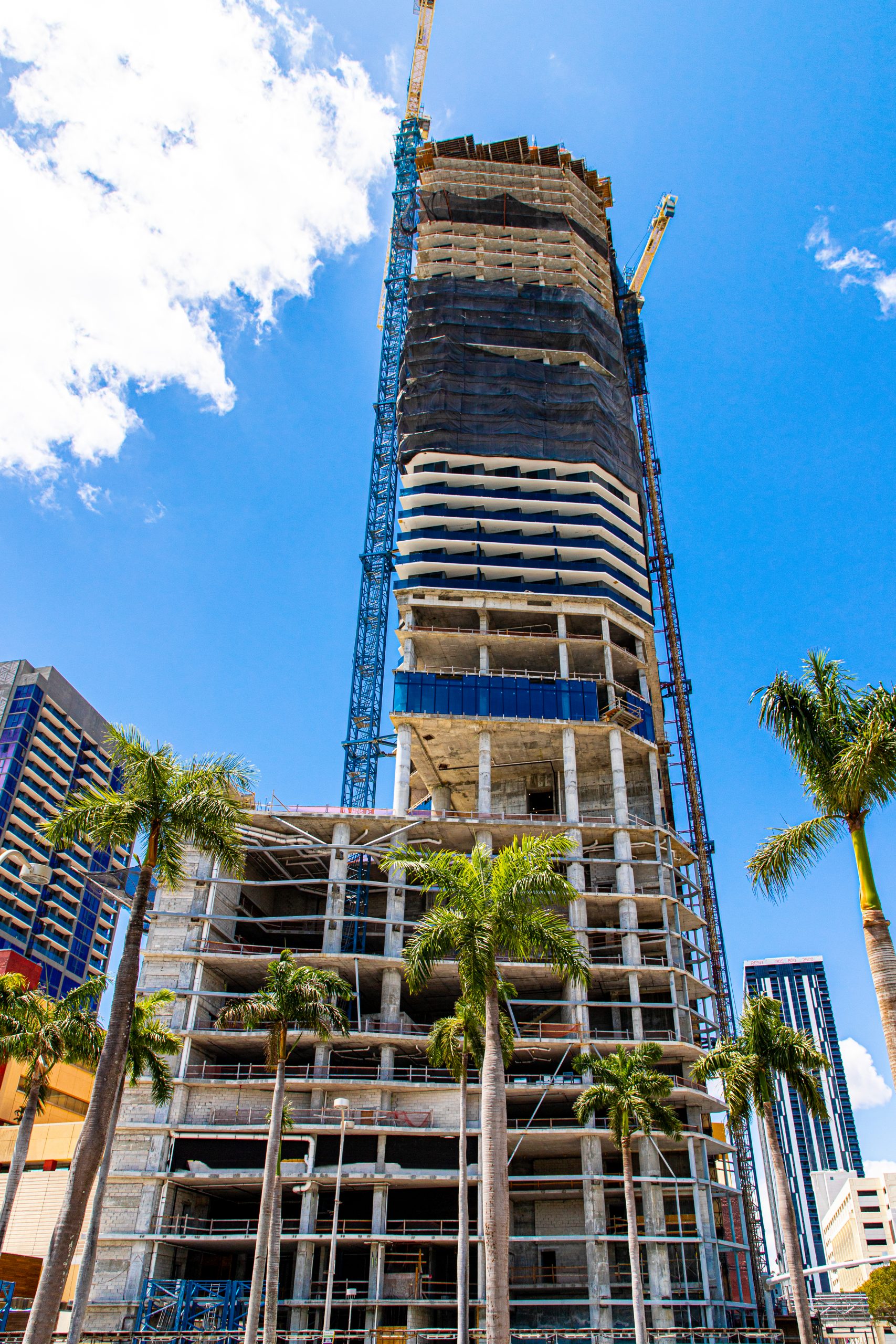 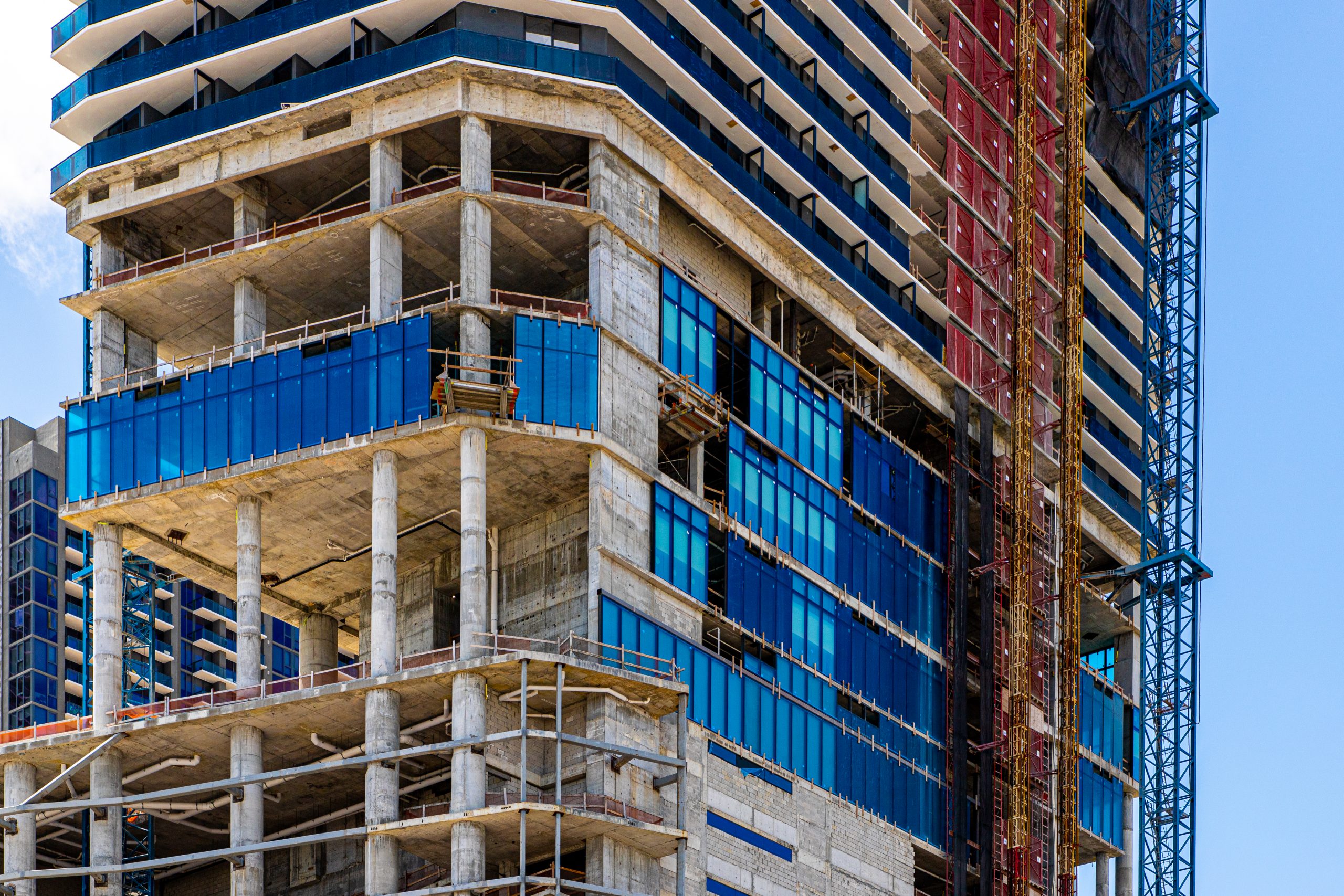 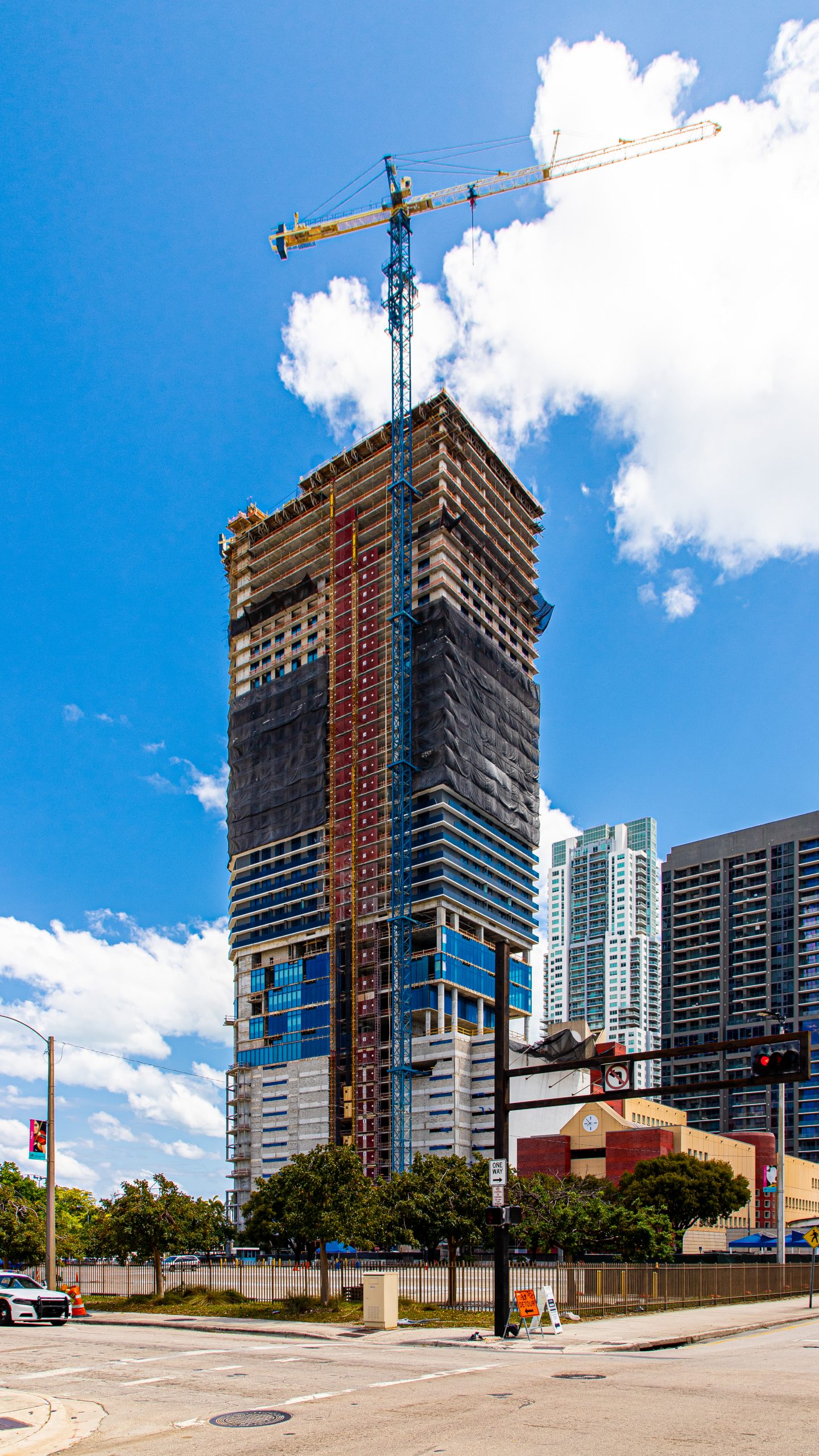 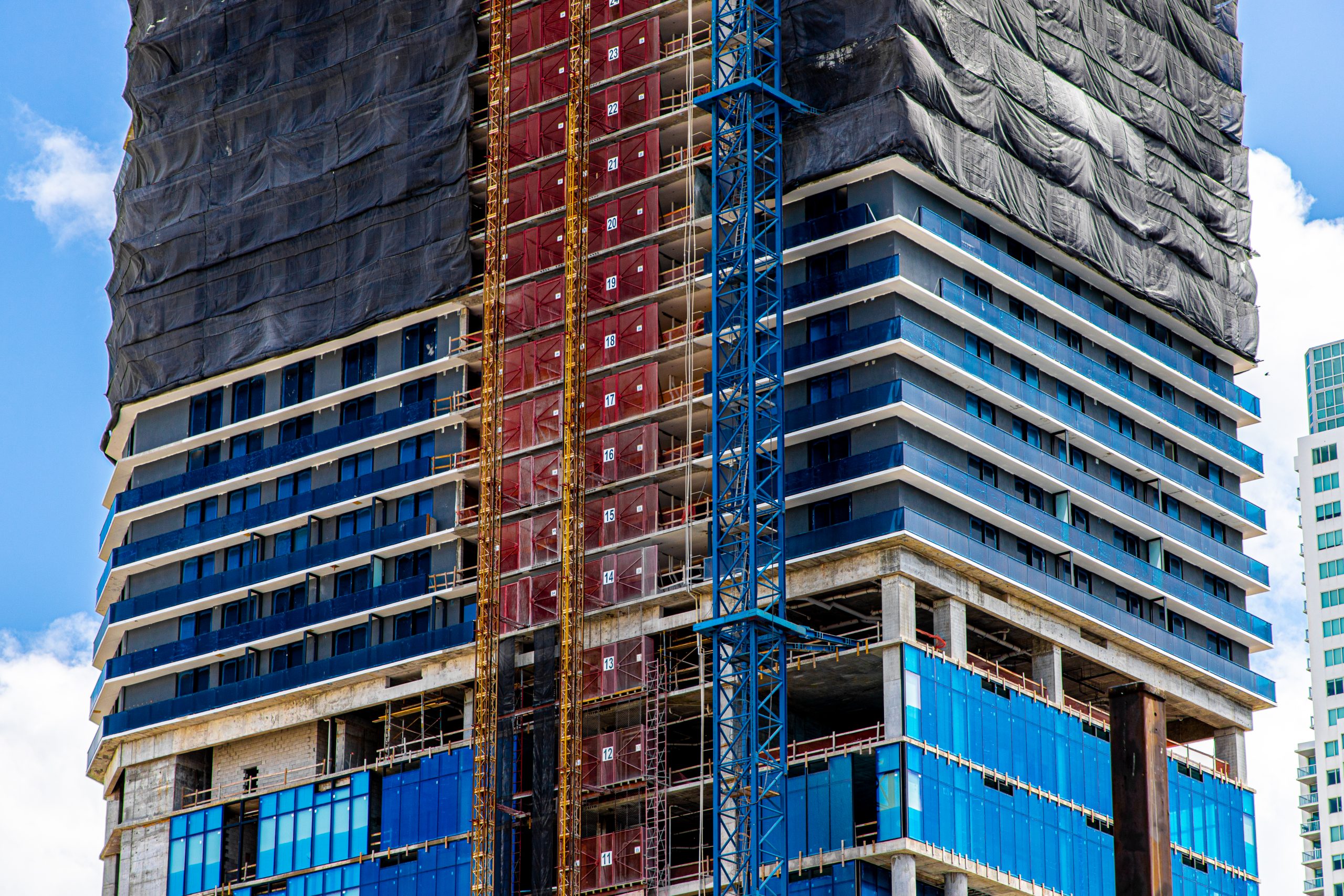 Renderings originally show the glass panels on the building colored in a light transparent grey, so the blue color seen in the recent images is likely a protective film that will be removed some time in the future. 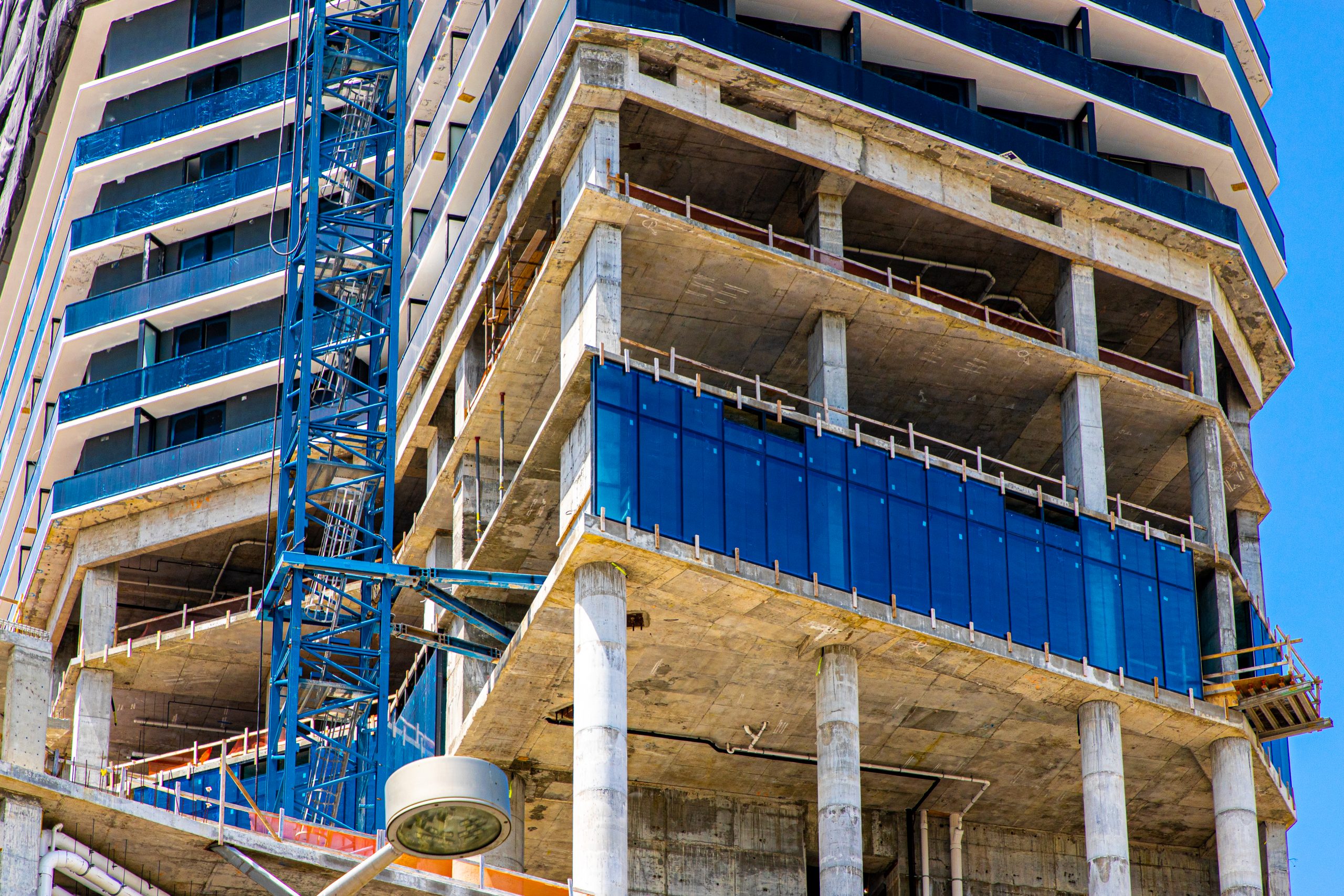 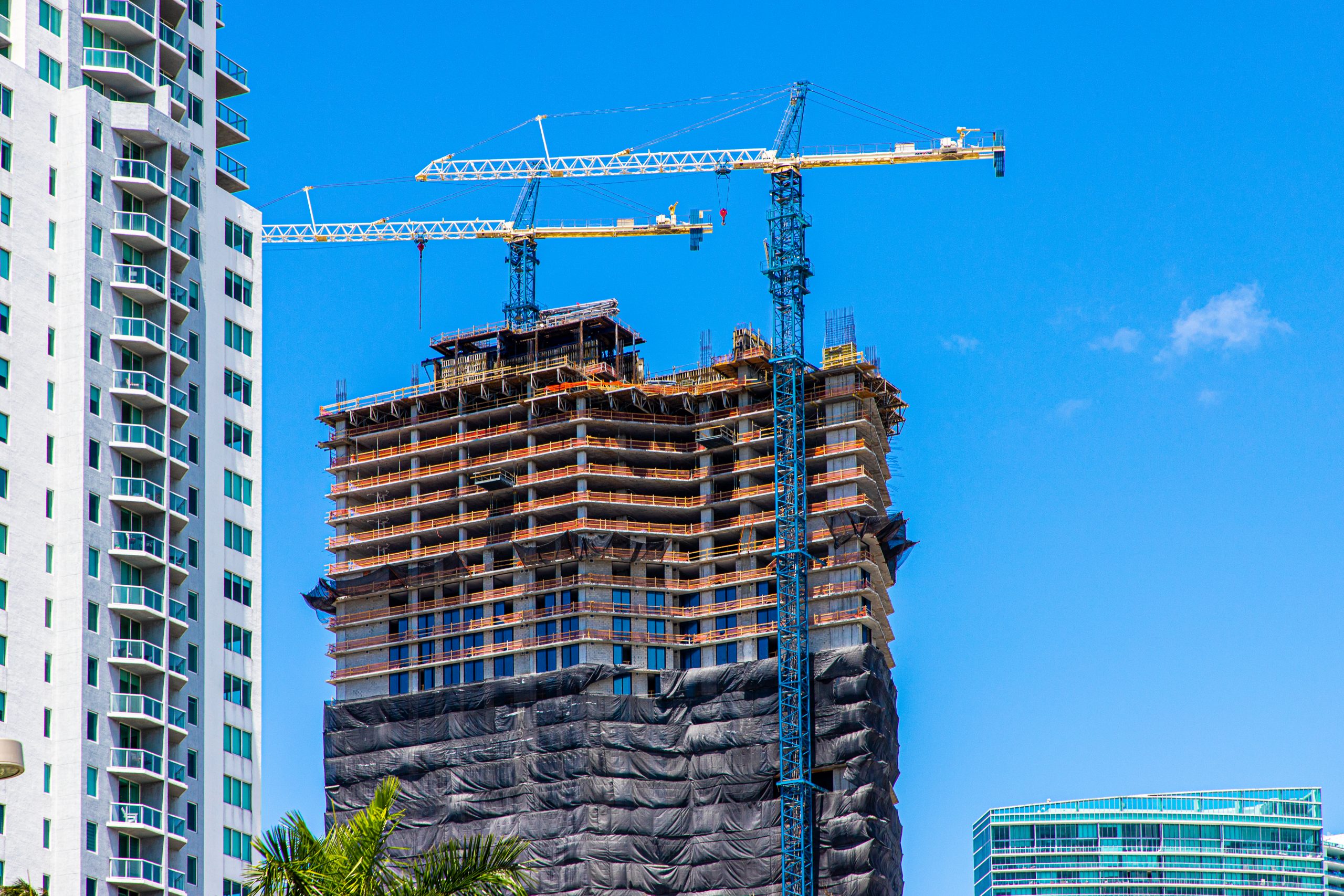 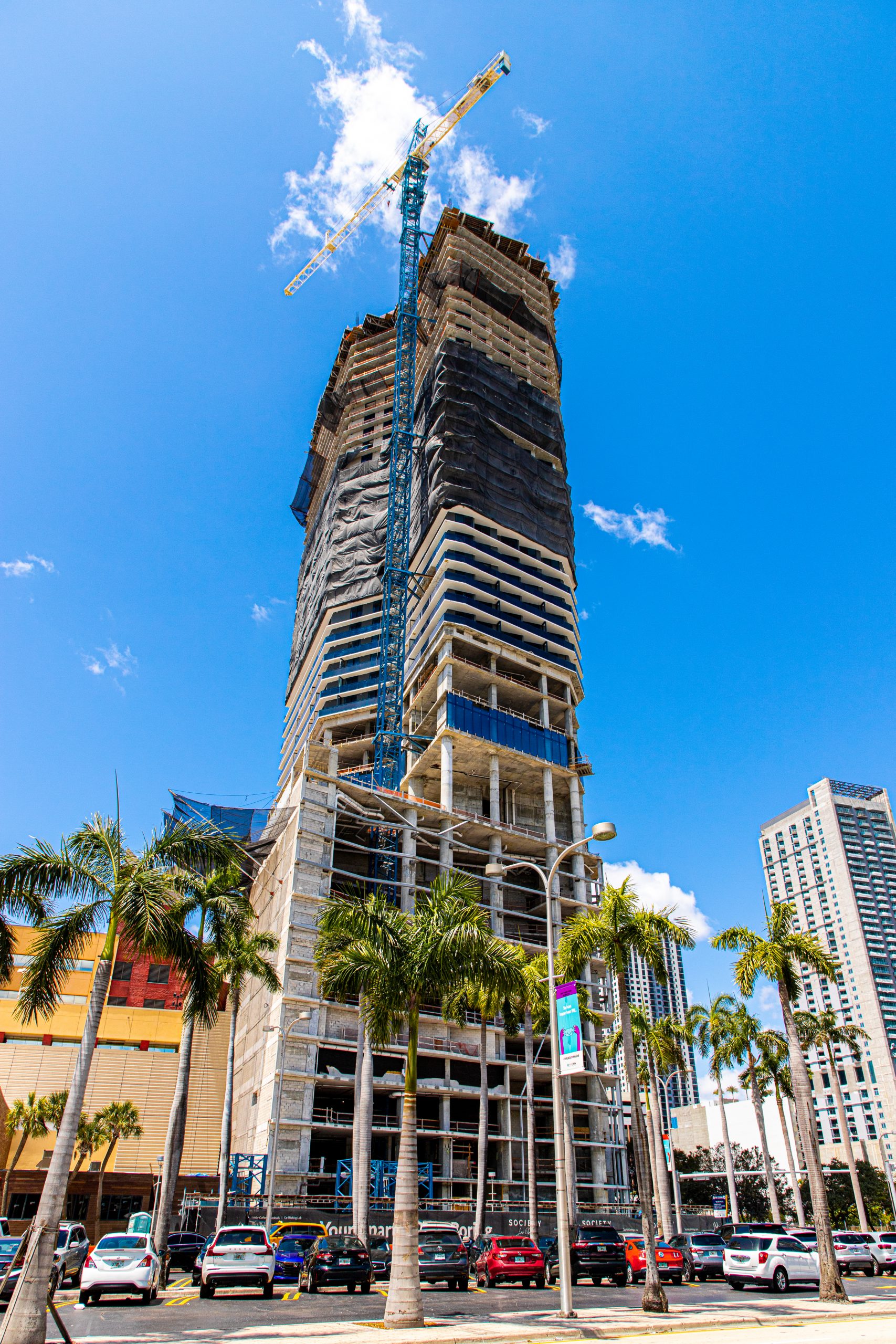 There will be a total of 646 luxury rentals available ranging from studios to three bedrooms upon completion, as well as 51,000 square feet of office space with unobstructed views of the Biscayne Bay and the Miami Beach coast.  Another 17,801 square feet will be dedicated to the First United Methodist Church, who sold the property to the developers and will have a new facility with a separate entrance as part of the deal.  Just over 1000 square feet will be available for retail purposes at the ground floor.

Based on the recent photos, the concrete superstructure could be topping out some time during the summer of 2021. Completion is expected towards the end of 2021 or early 2022.

Moriarty Construction is the general contractor for the site.