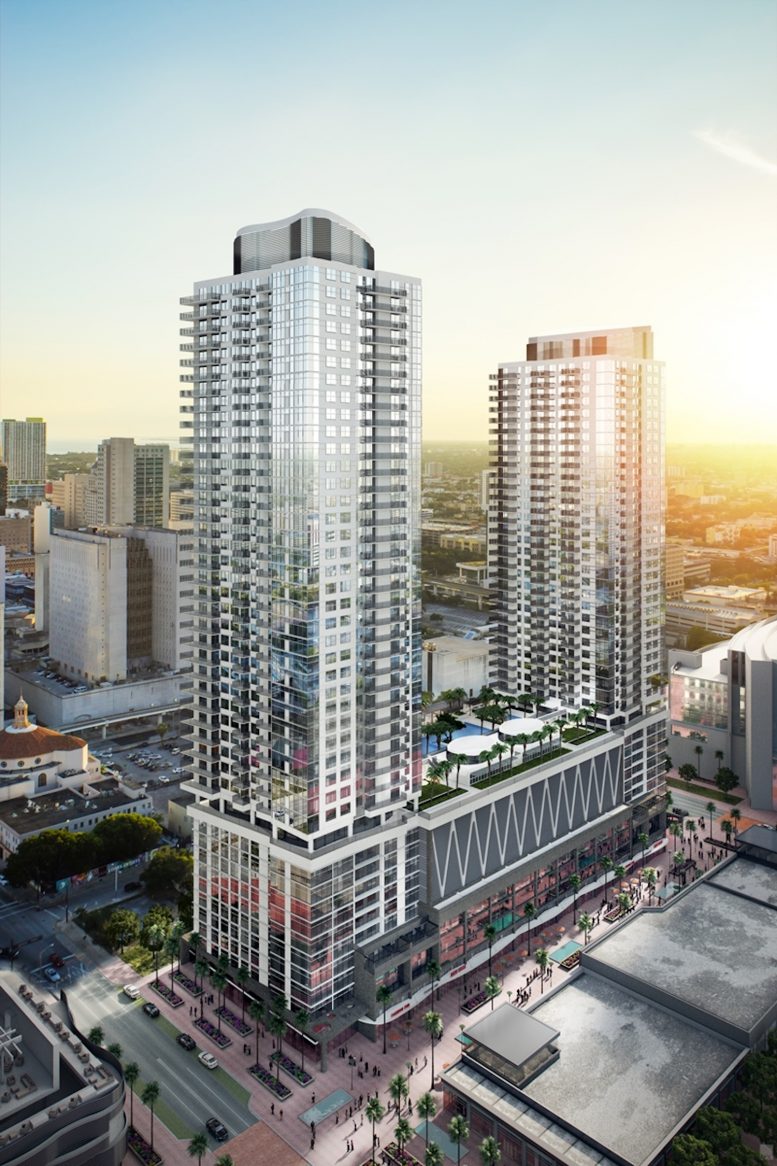 Construction permits have been issued for 697 North Miami Avenue, a 40-story mixed-use building planned to rise behind the 43-story Caoba tower at the 27-acre Miami Worldcenter development in Park West, Downtown Miami. Designed by Cohen Freedman Encinosa & Associates and developed by the CIM Group, the structure would rise 413-feet as part of the second phase of Block G. Plans for the second tower include 473,330 square feet of new construction with up to 411 residential units and 4,103 square feet of retail space. There would be no need for additional parking as the building will share the garage already attached to Caoba. Kaufman Lynn Construction, Inc. is listed as the general contractor.

The property is specifically located on the western frontage of North Miami Avenue between Northeast 6th and 8th Streets, adjacent to train tracks and north of Related Group and Merrimac Venture’s newly acquired 24,000-square-foot development site at 601 North Miami Avenue, where another major project is planned. The plot of land spans approximately 20,980 square feet and also sits west of the former site of the Miami Arena, demolished in 2008, which is now owned by developers Witkoff Group and Monroe Capital. The property is surrounded by major forms of transportation including the MiamiCentral transit hub about two blocks west and the Freedom Tower Metromover Station just two blocks east. 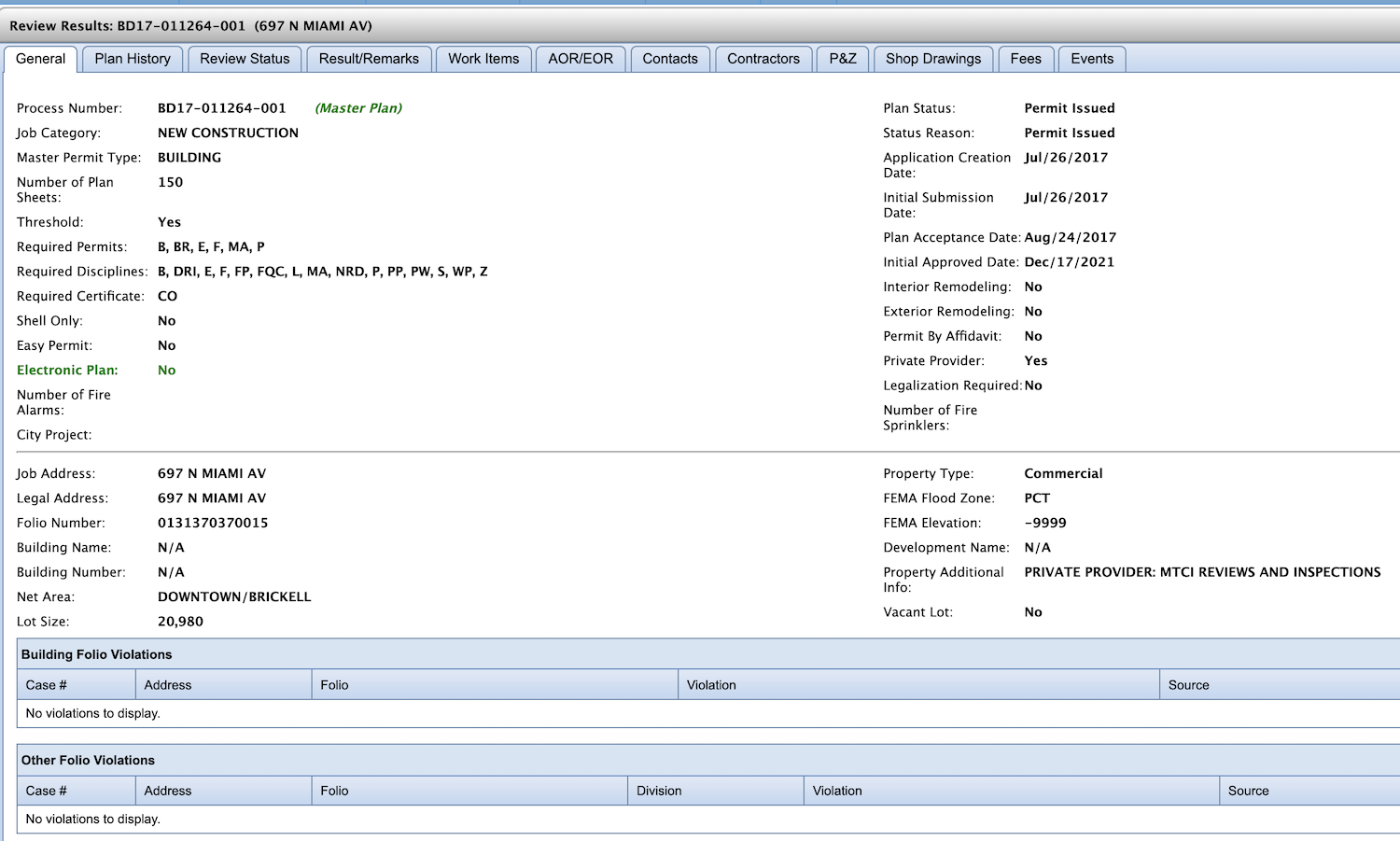 Issued construction permit for 697 North Miami Avenue. Courtesy of the Department of Buildings.

Considering the project is led by the same architect, the second tower will feature an almost identical design to Caoba, featuring elevations comprised of smooth stucco finishes, floor-to-ceiling windows, and rows of cantilevered balconies. The rectangular concrete superstructure will likely be crowned with a parapet feature to hide mechanical equipment. The podium/base of the tower should rise 10 stories, followed by another 30 stories topping out at 413-feet. 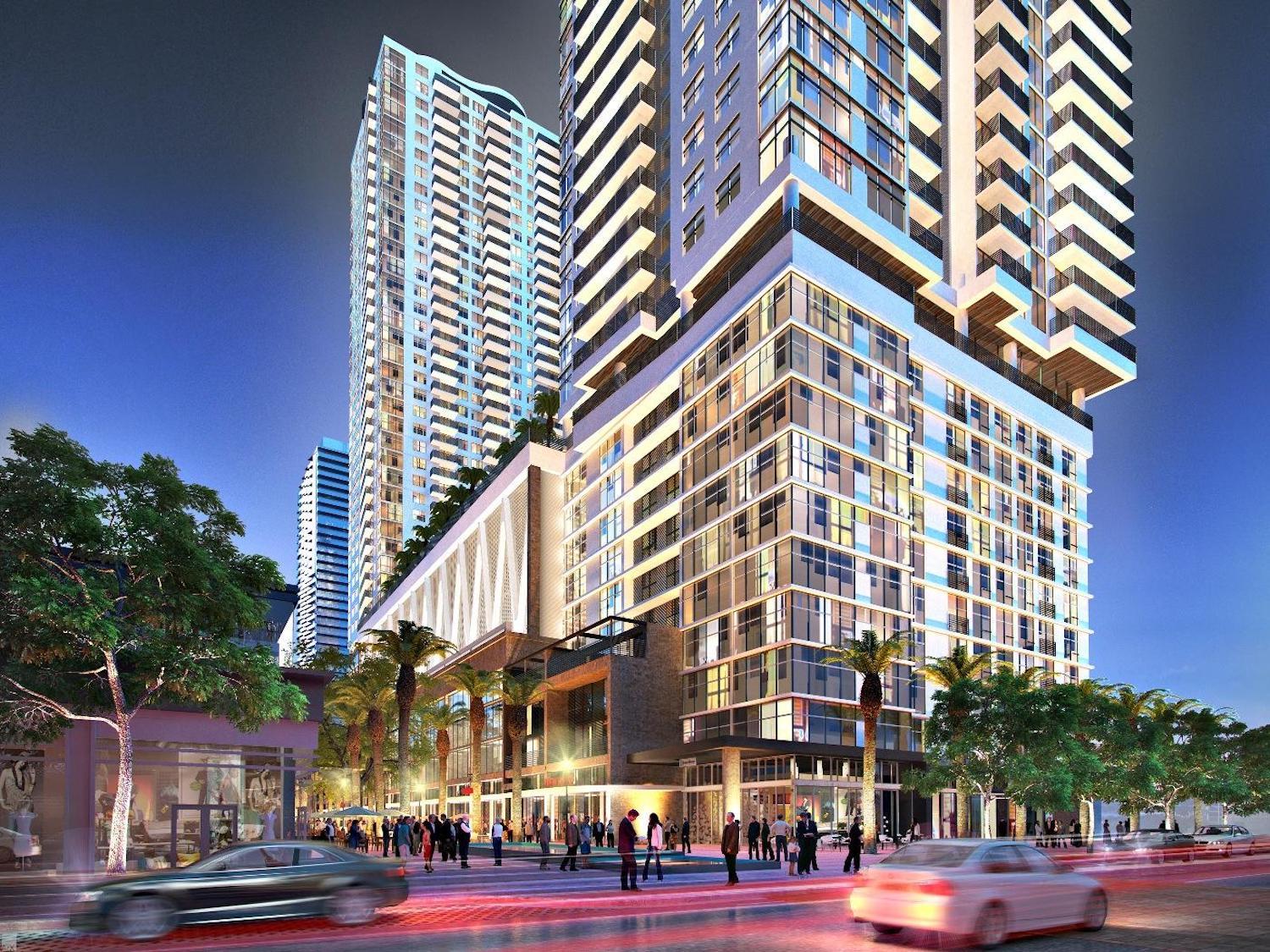 Since the site is vacant, demolition permits will not be necessary. Ground breaking is likely to occur early next year.

Be the first to comment on "Permits Issued For Another 40-Story Tower At Miami Worldcenter In Park West, Downtown Miami"