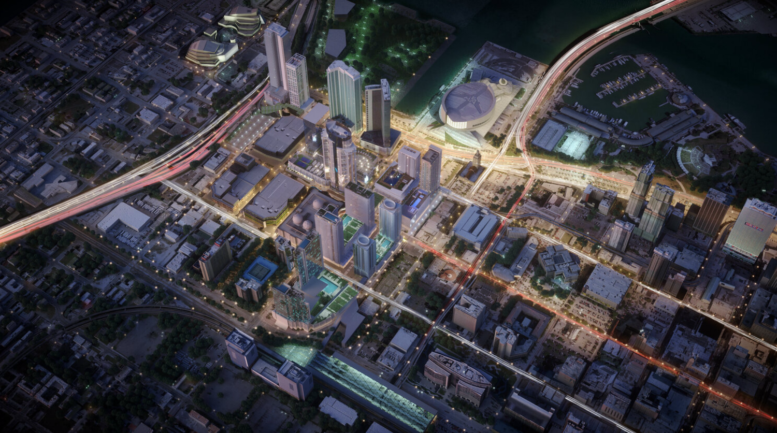 A pre-application has been initiated for an administrative site plan review with the Miami-Dade County Department of Regulatory and Economic Resources for 700 North Miami Avenue, the site of the cancelled Marriot Marquis Miami Worldcenter and the former location of the Miami Arena (demolished in 2008). The application lists WG 700 North Miami LLC, an entity owned and managed by New York City-based Witkoff Group, as the owner of the application, and reveals Miami-based Kobi Karp Architects is leading the design for the project. Plans for the 4.7-acre site consists of two mixed-use high-rise buildings with up to 2,195 residential units, 540,000 square feet of office space, and 49,999 square feet of retail space. Witkoff, along with Chicago-based Monroe Capital, acquired the property for $94 million from MDM Group in July of last year.

The site for the proposed development is located within the 27-acre Miami Worldcenter master-planned complex on the southwest quadrant of the intersection between North Miami Avenue and Northwest 8th Street, bound by Northwest 1st Avenue on the west. To the west of the site is the MiamiCentral transit hub which provides access to multiple forms of public transportation including Brightline, Metrorail, Metromover, and future Tri-Rail services. The development sites for the second 40-story apartment tower planned to rise at Caoba, the recently announced 31-story The Crosby by Related Group and Merrimac Ventures and Lalezarian Group’s Miami World Towers are all located across the street to the east from the Witkoff property. Other major public attractions such as the FTX Arena, Museum Park and Bayside Market Place are all within walking distance. 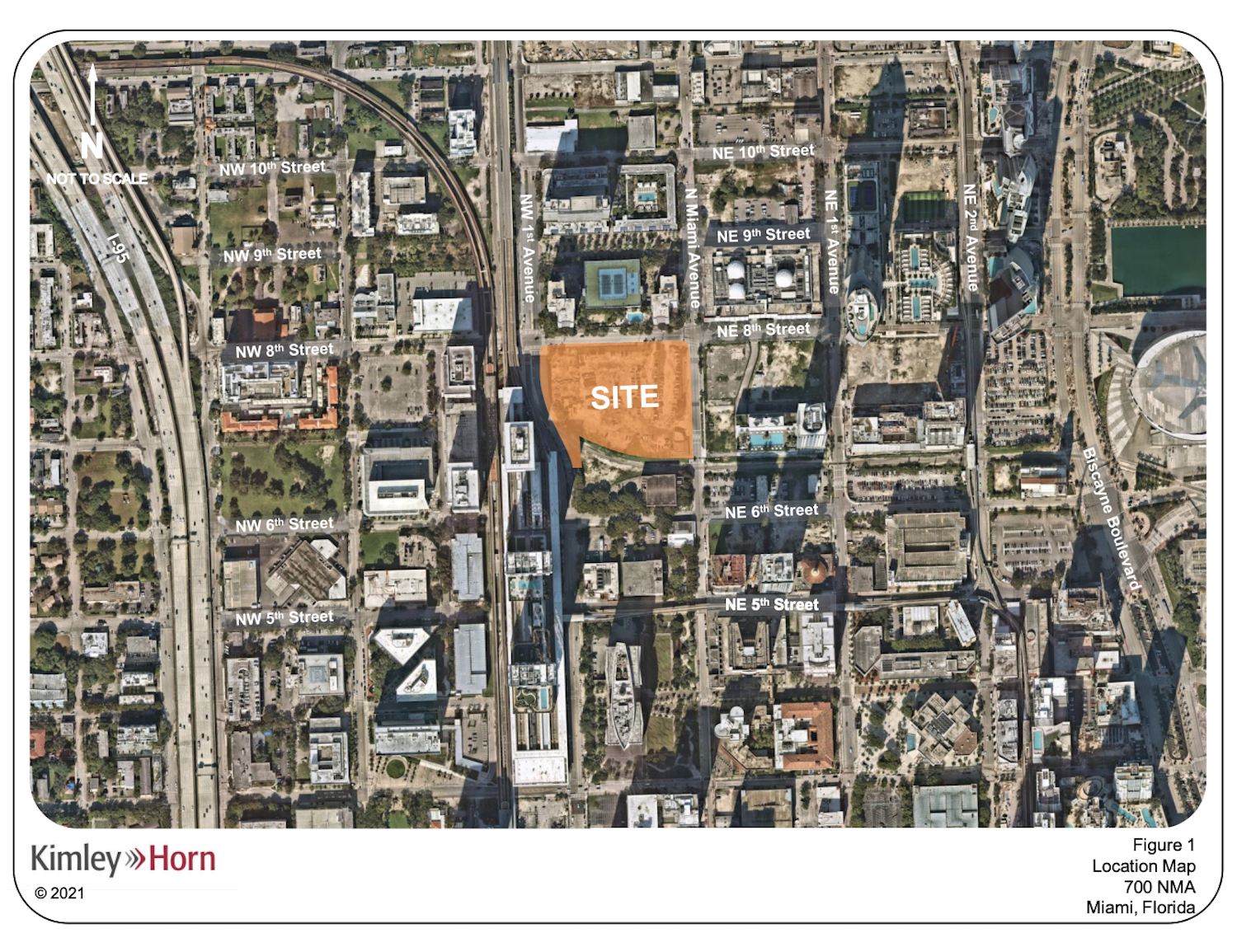 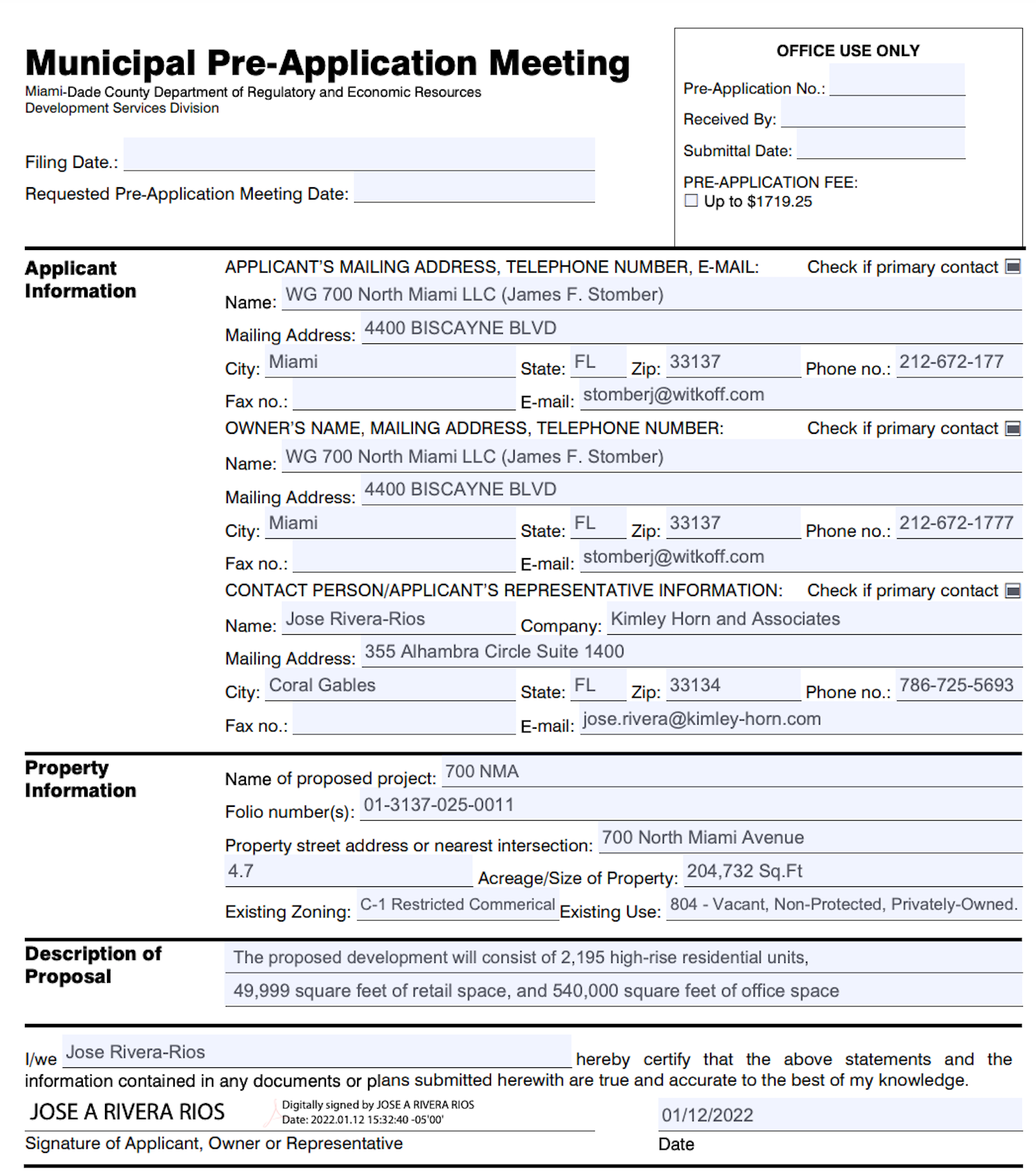 The project will occur in two phases, as indicated in the site plan below, with the eastern tower to be constructed during phase 1 and the western tower during phase 2. The towers will likely be joint by a multi-story podium that will contain retail venues and the required parking spaces. There are no floor counts or information on structural height mentioned in the included documents, but the property is zoned for the development of up to 60-stories. Residential units will come in studio, one-bedroom and two-bedroom layouts. 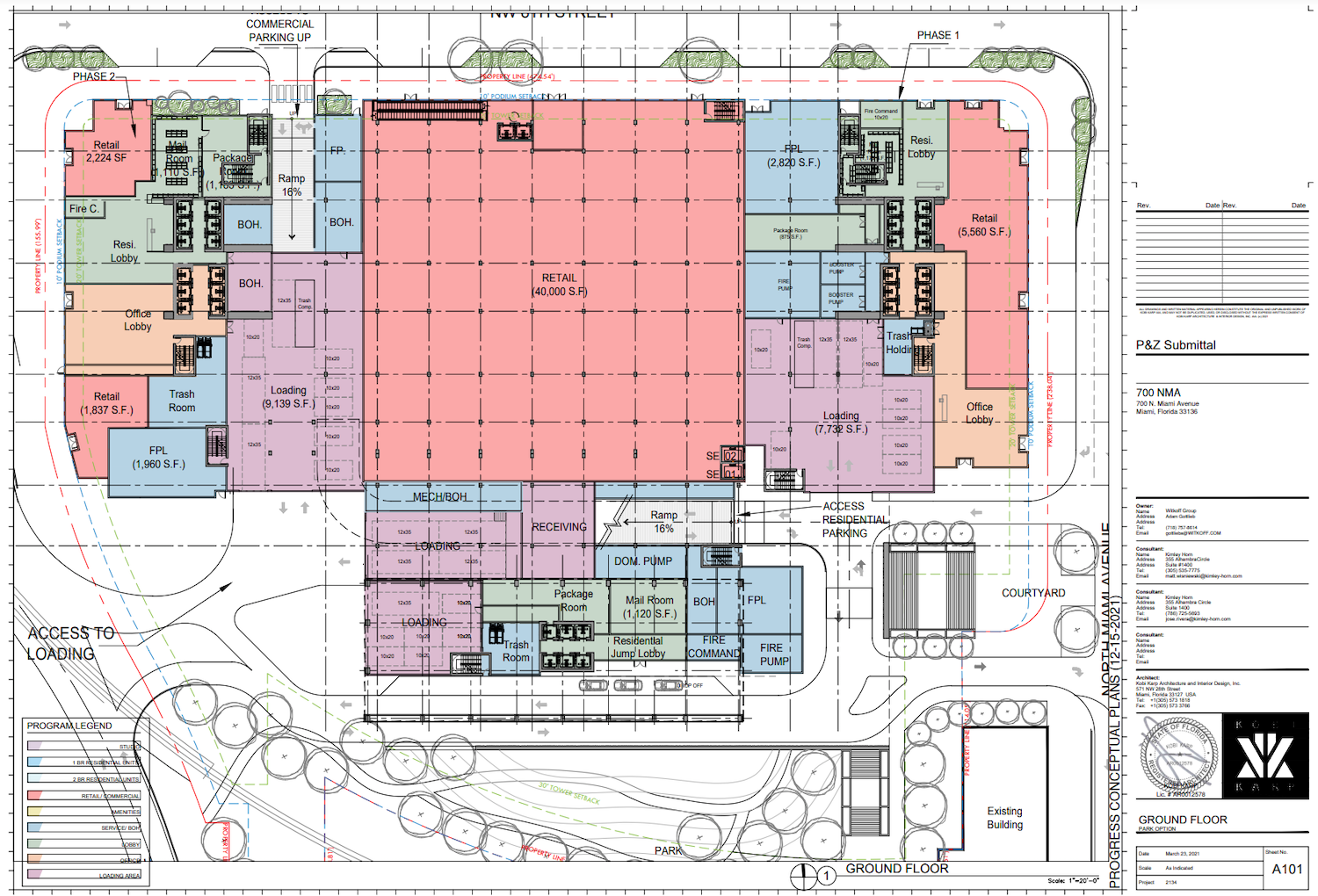 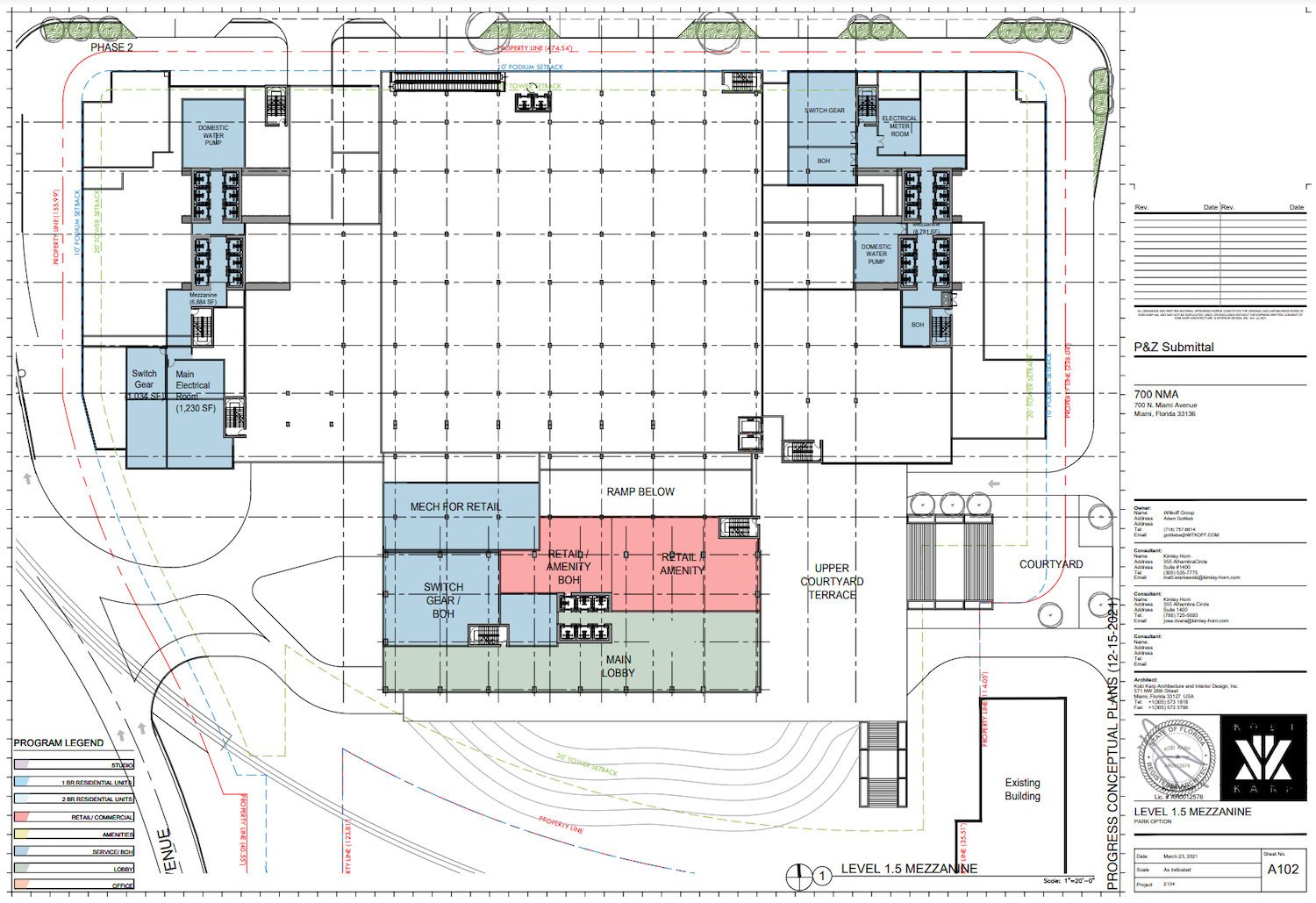 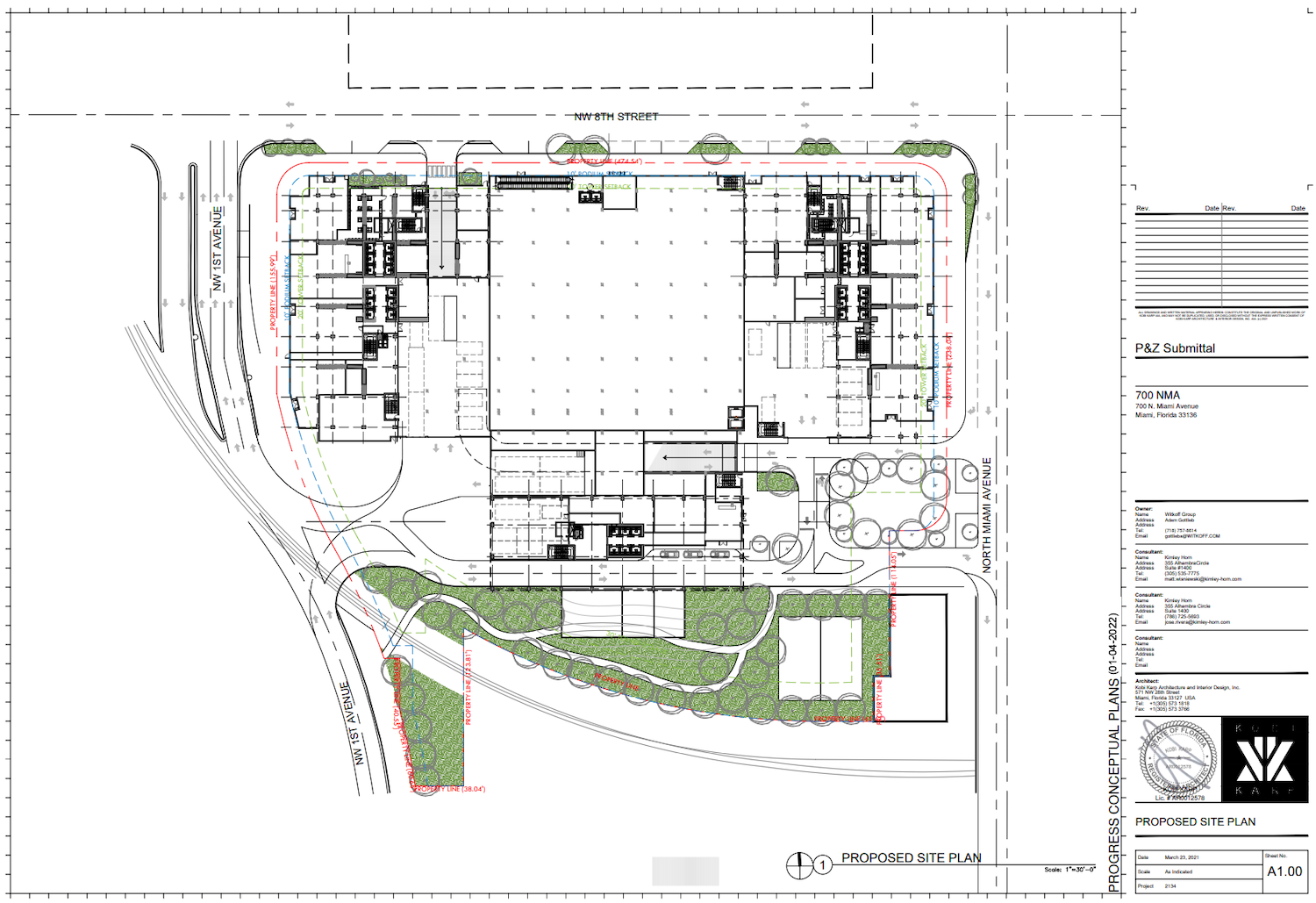 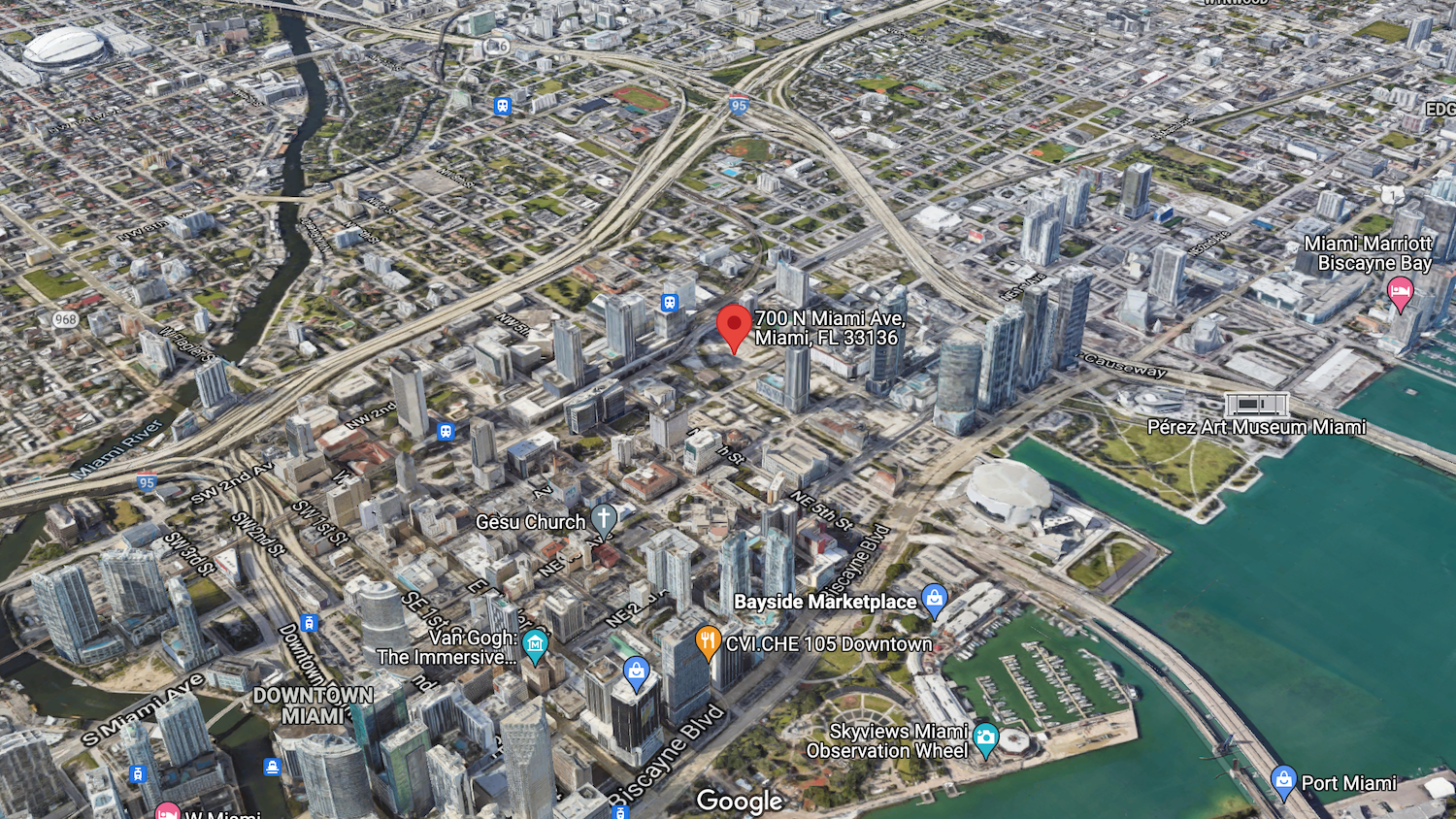 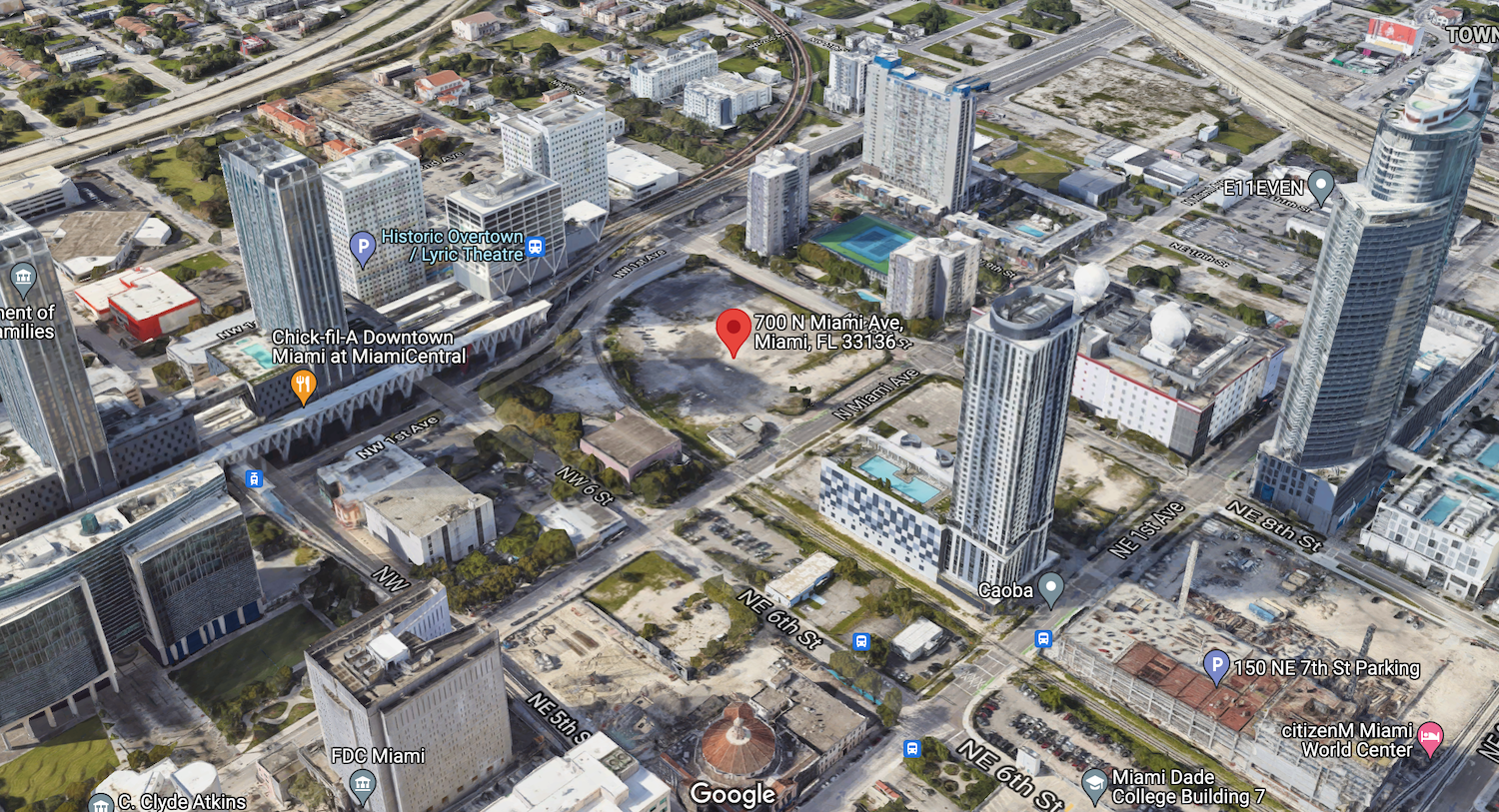 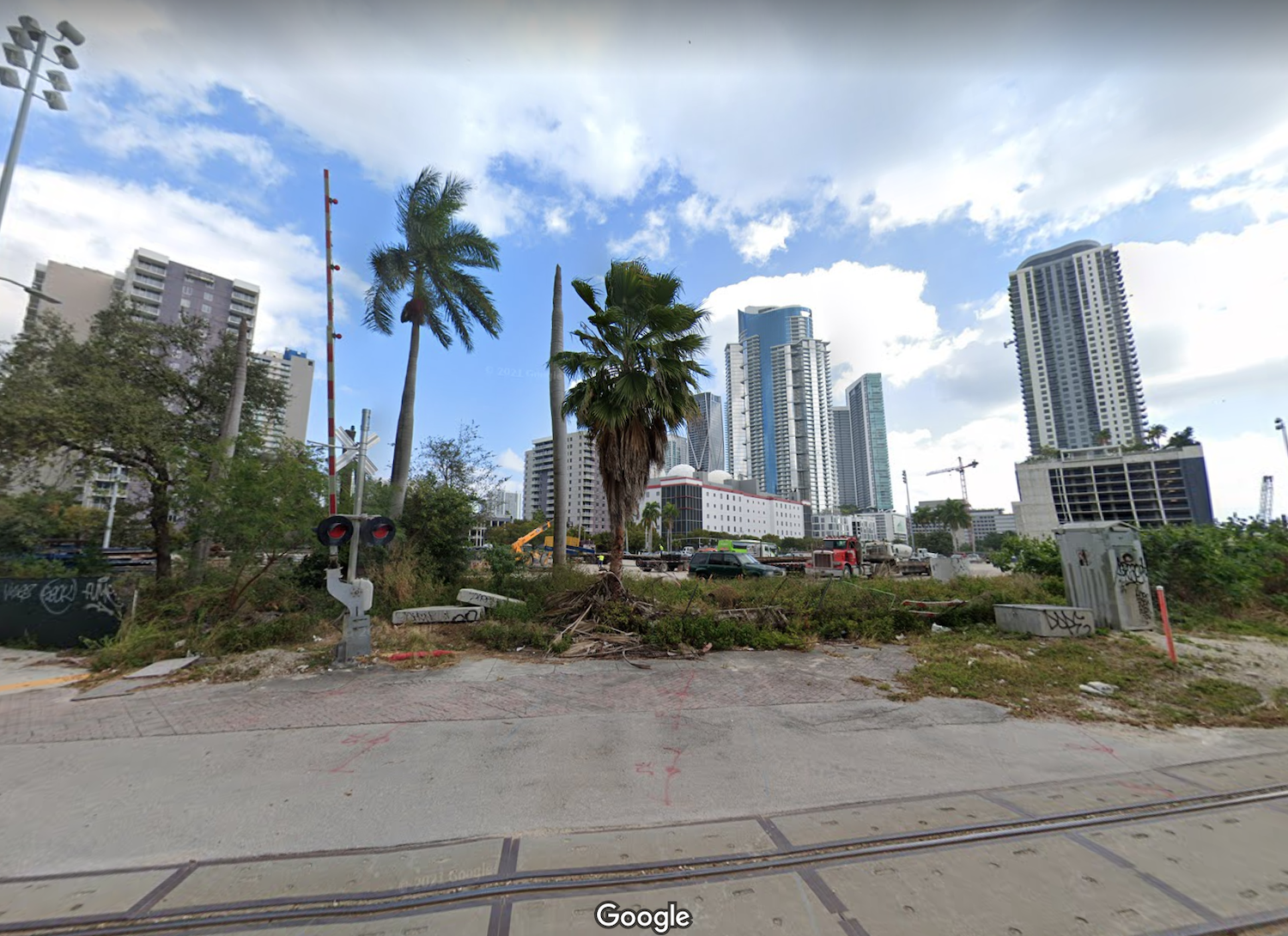 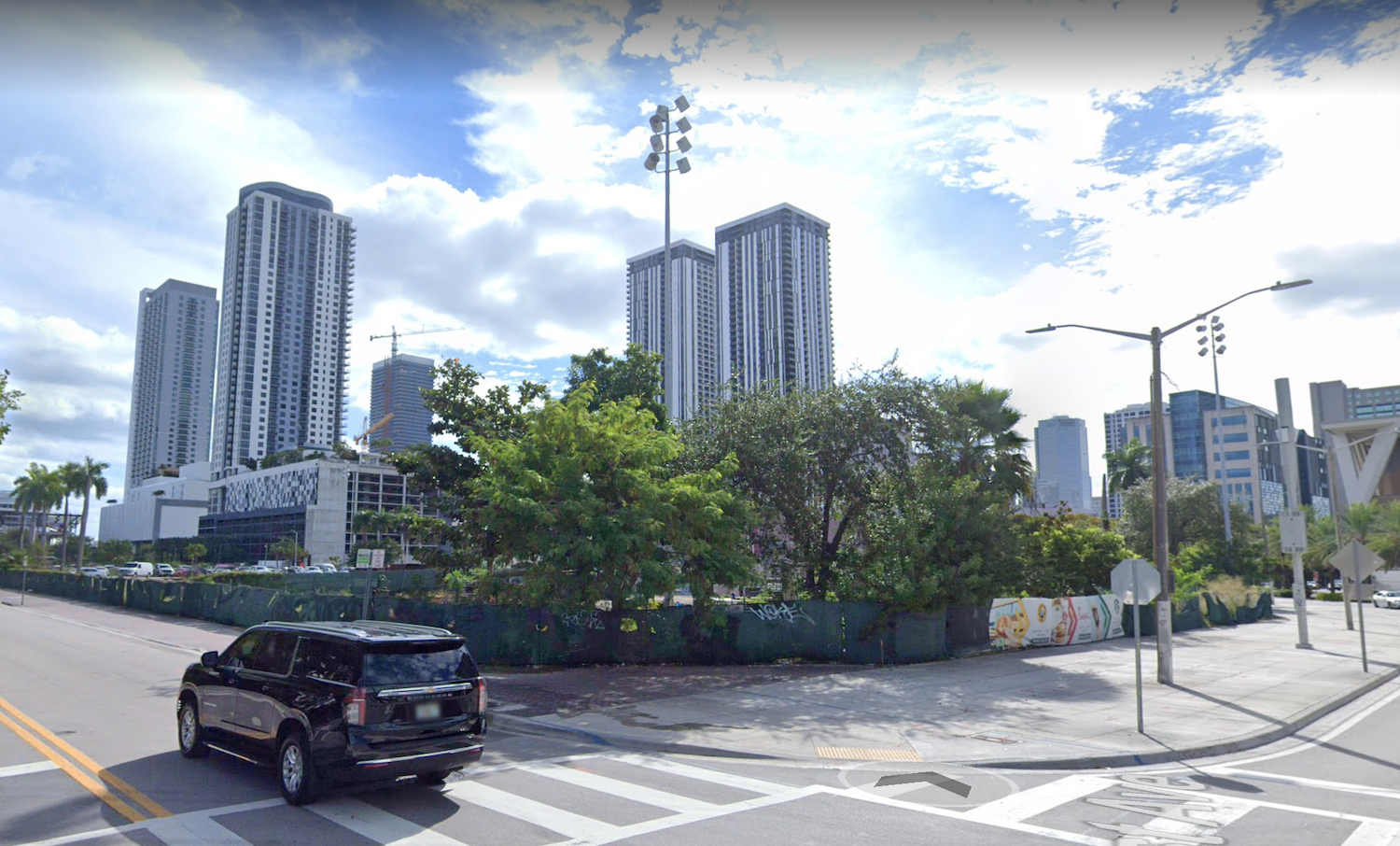 Miami-based MDM Group planned to build a 1,700-key Marriott Marquis hotel and a 600,000-square-foot expo center as part of the 27-acre Miami Worldcenter mixed-use complex. Those plans were canceled due to the toll the pandemic took on the travel industry and the meetings and conventions market. The two-towered project was designed by NBWW Architects. 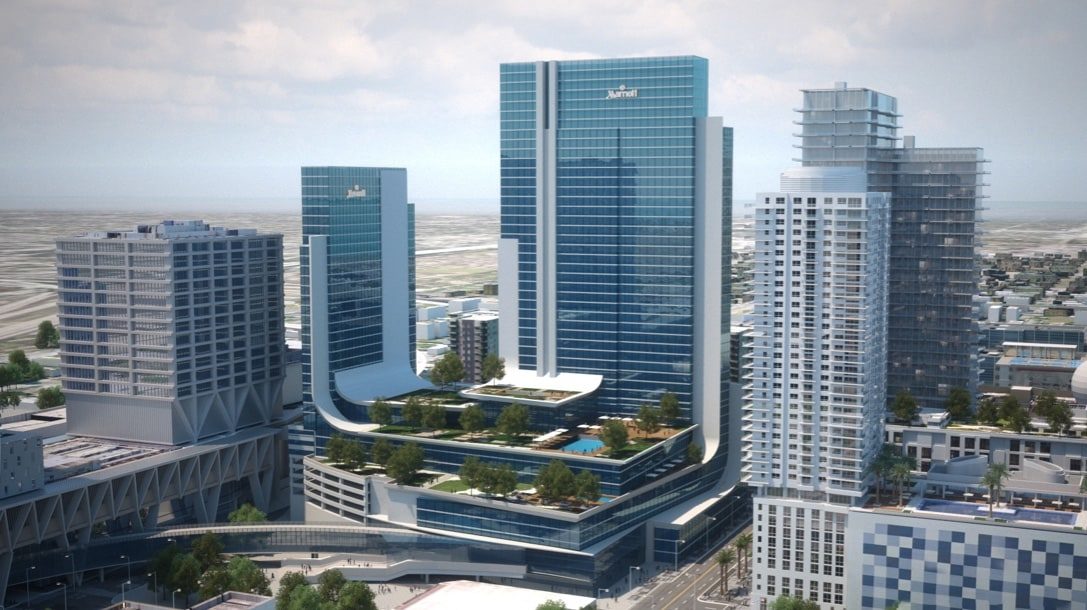 The project is currently titled 700 NMA as per the site plan documents. A time frame for ground breaking and construction has not been announced.