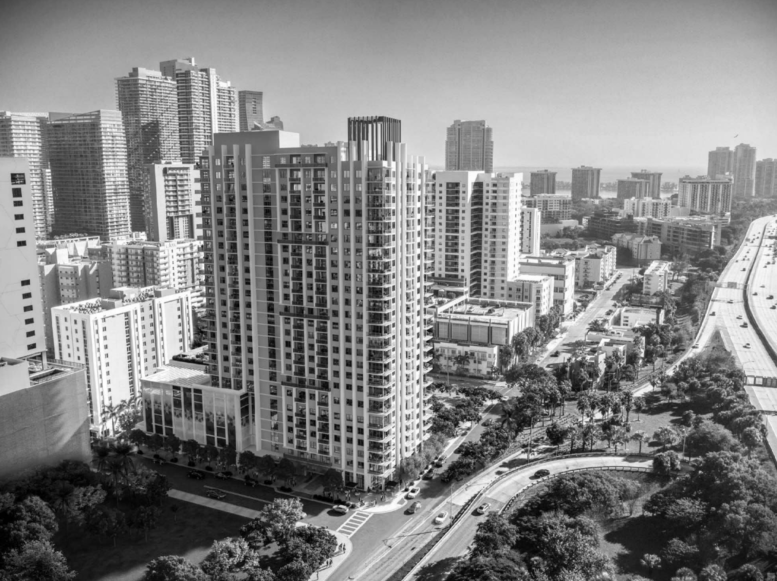 A 26-story residential building has been proposed to rise beside Interstate 95 in the western limits of Brickell, Miami. Dubbed Empire Brickell, the 310-foot-tall structure is designed by Corwil Architects, with Kimley-Horn as the landscape architect. Grand Peaks, a multifamily real estate developer based in Colorado, is under contract to purchase a 1.034-acre site comprising two parcels at 901 Southwest 3rd Avenue and 244 Southwest 9th Street for the project. If approved, the residential development would yield 409,528 square feet of space, including 250 dwelling units, 2,452 square feet of ground-floor retail space, and 352 parking spaces.

The 45,057-square-foot property is improved with two 3-story apartment buildings built in 1962. The structures will be demolished as part of the redevelopment of the property. The development site occupies the northwest corner of the city block bound by Southwest 9th Street on the north, Southwest 2nd Avenue on the east, Southwest 10th Street on the south, and Southwest 3rd Avenue on the west. Progesti Corp is selling the site to Grand Peaks Properties, Inc. after nearly 23 years of ownership. 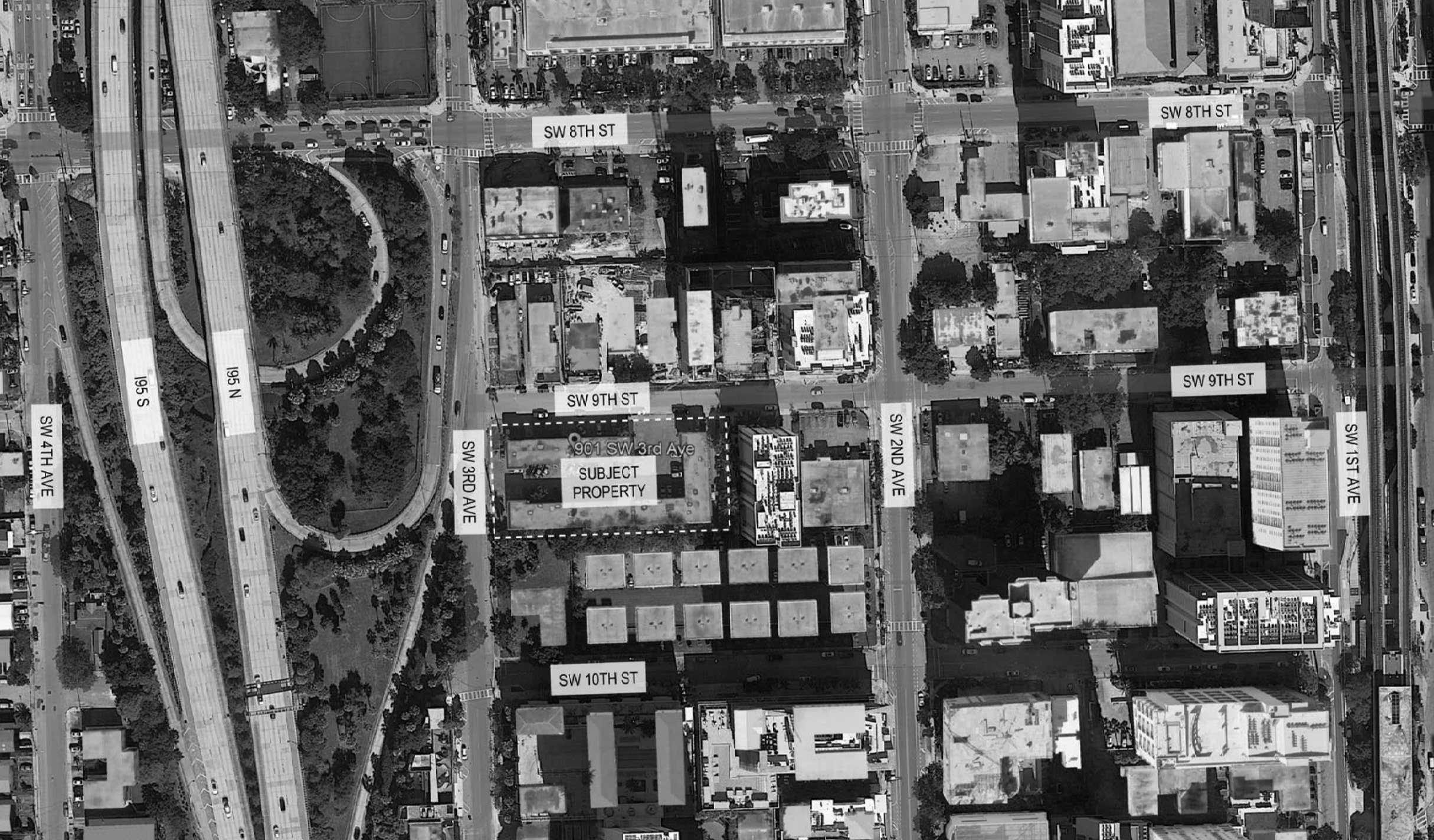 The renderings of the project are by ArX Solutions, depicting Corwil Architect’s design from multiple perspectives. The building is designed in a modern contemporary style and would feature walls finished in a light-texture cement plaster, glass windows with aluminum frames, balconies with perforated aluminum railings, decorative architectural columns, and pre-fabricated decorative steel feature hiding mechanicals on the rooftop. The structure’s roof tops out at 290 feet, and the elevator bulkhead reaches the 310-foot mark. 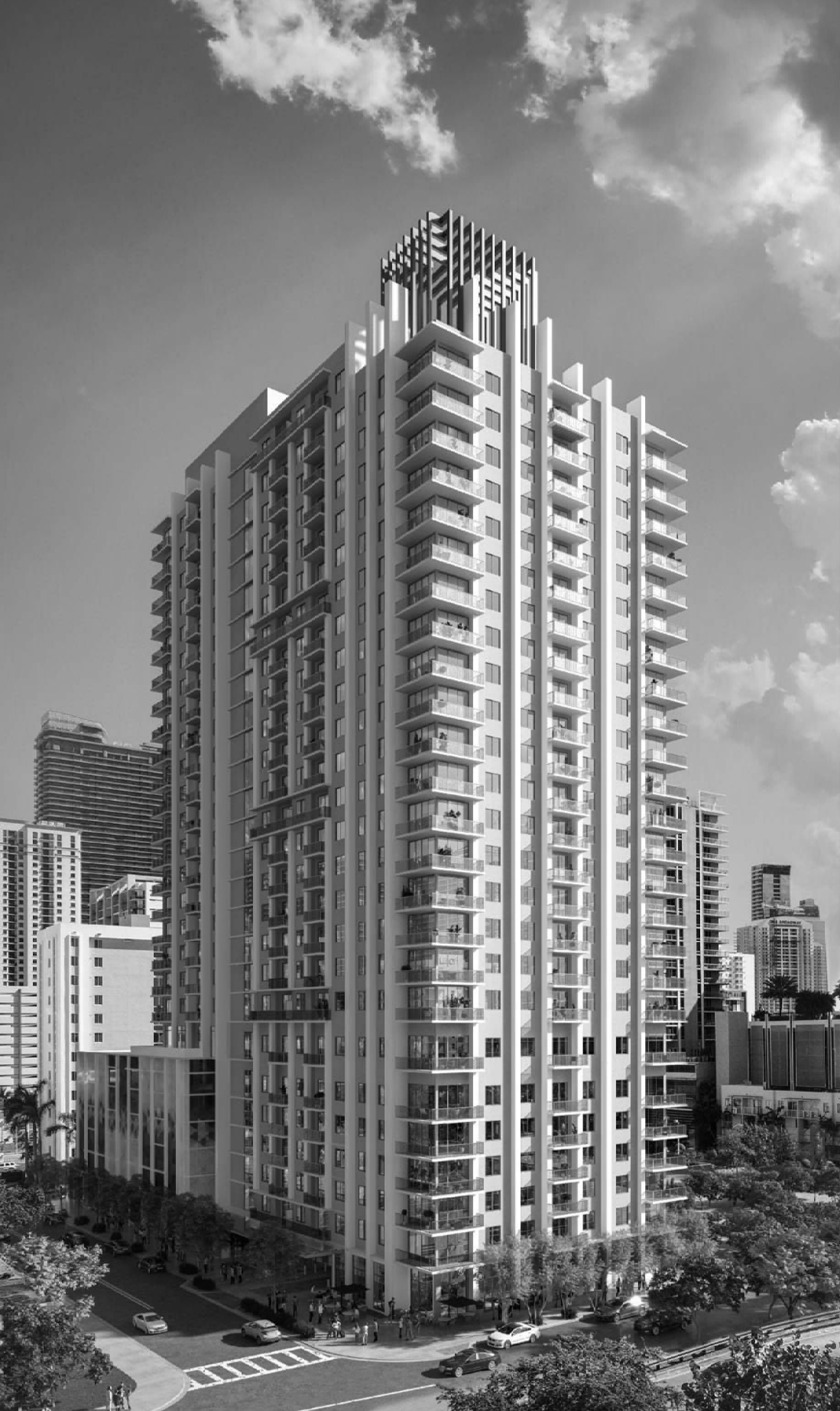 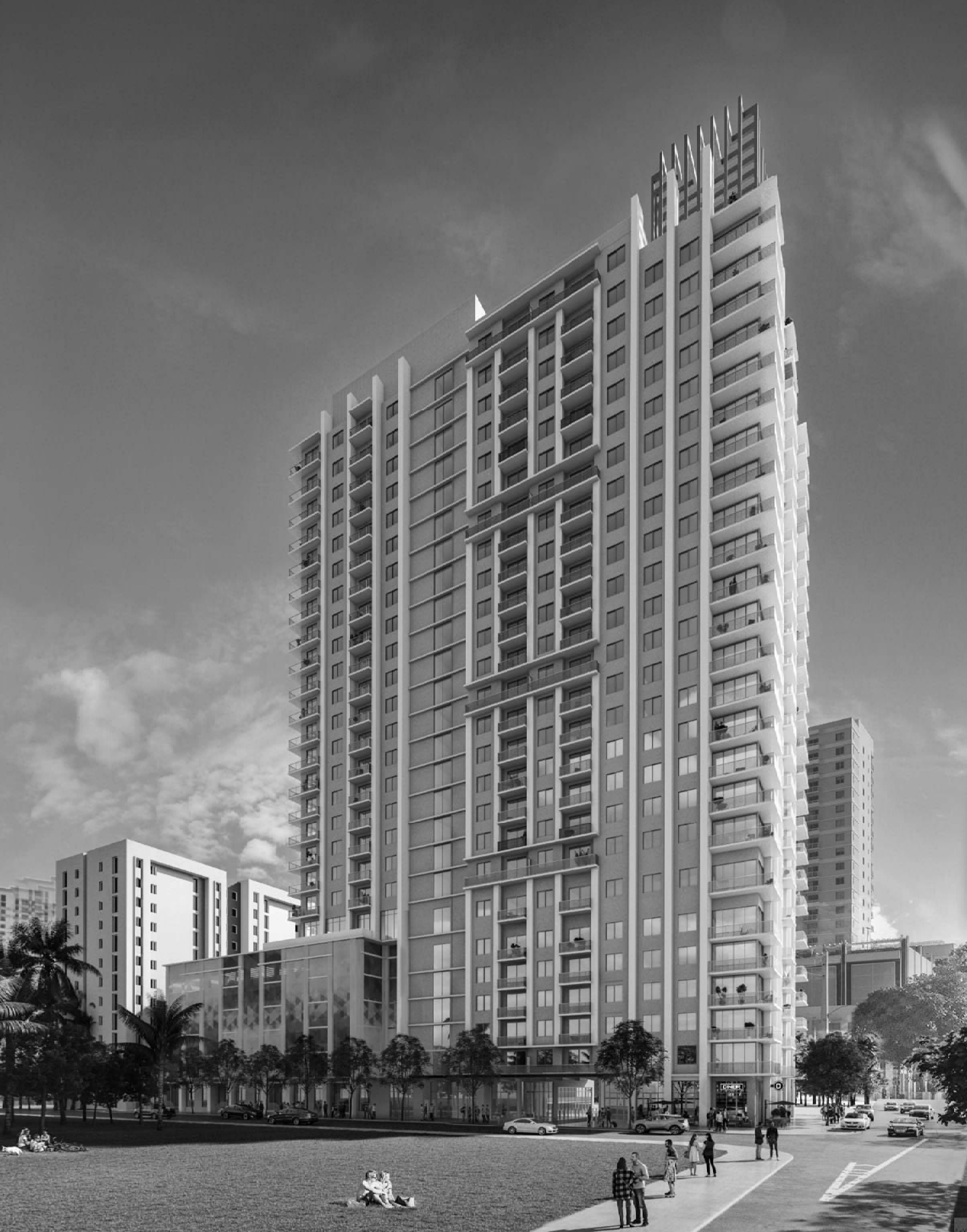 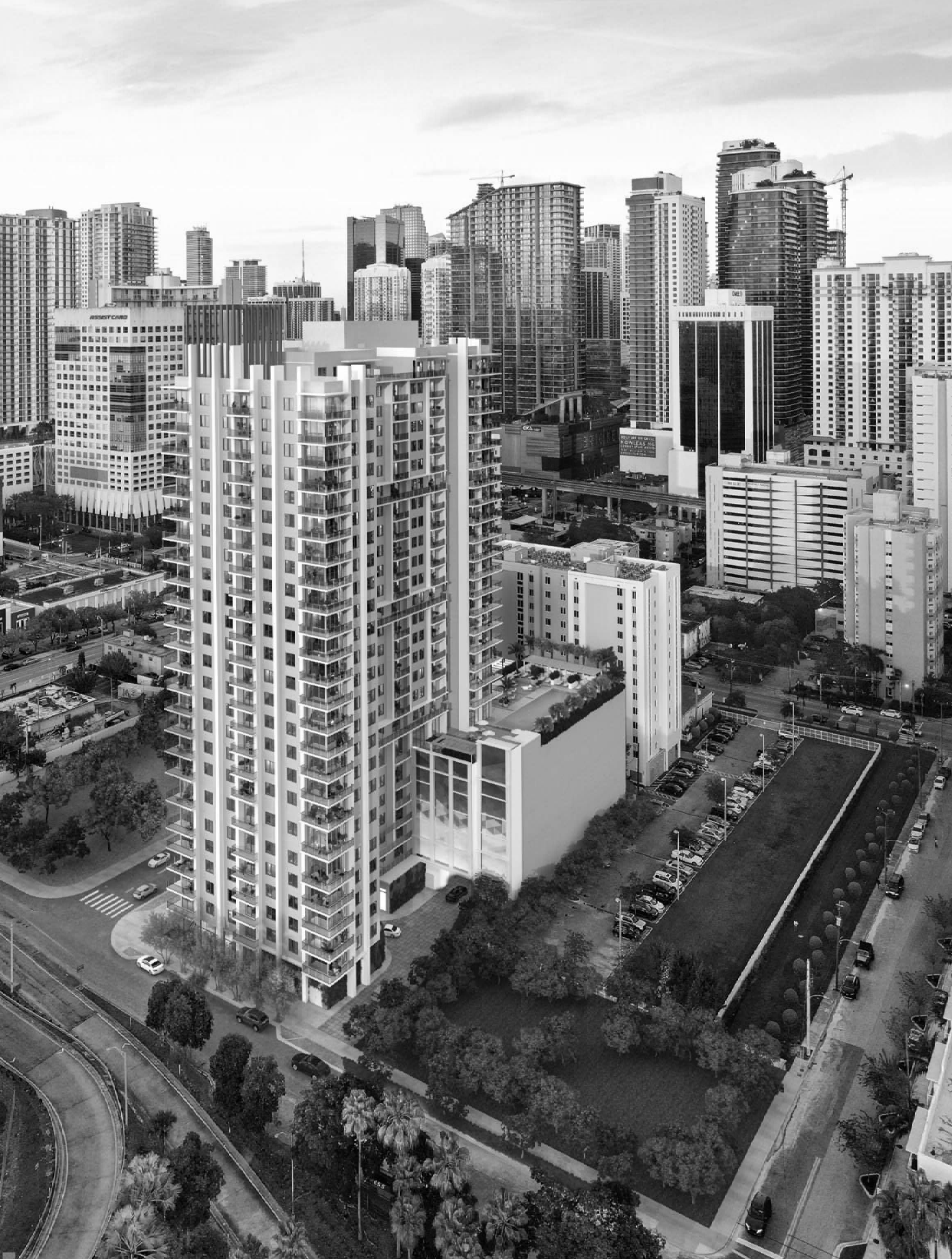 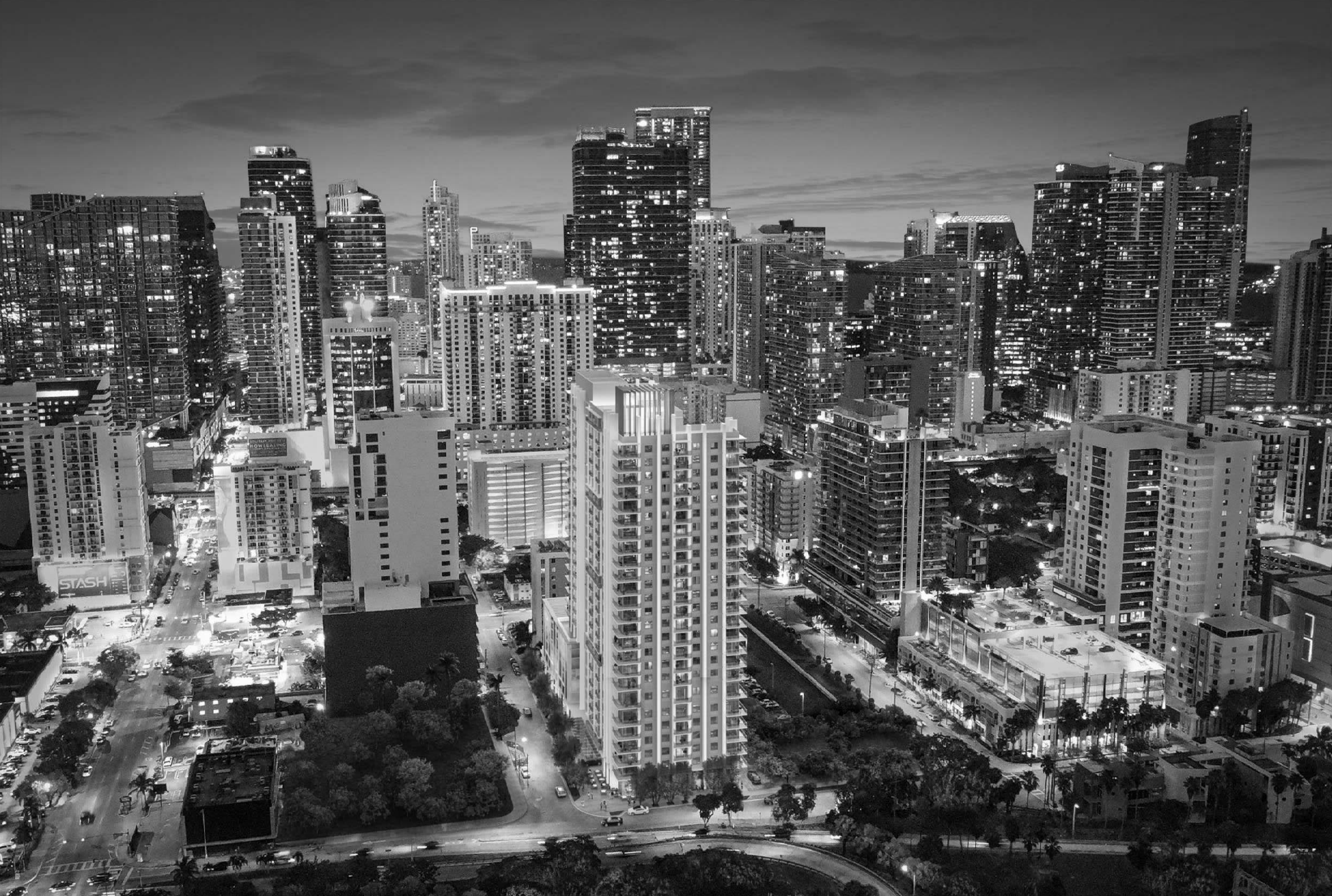 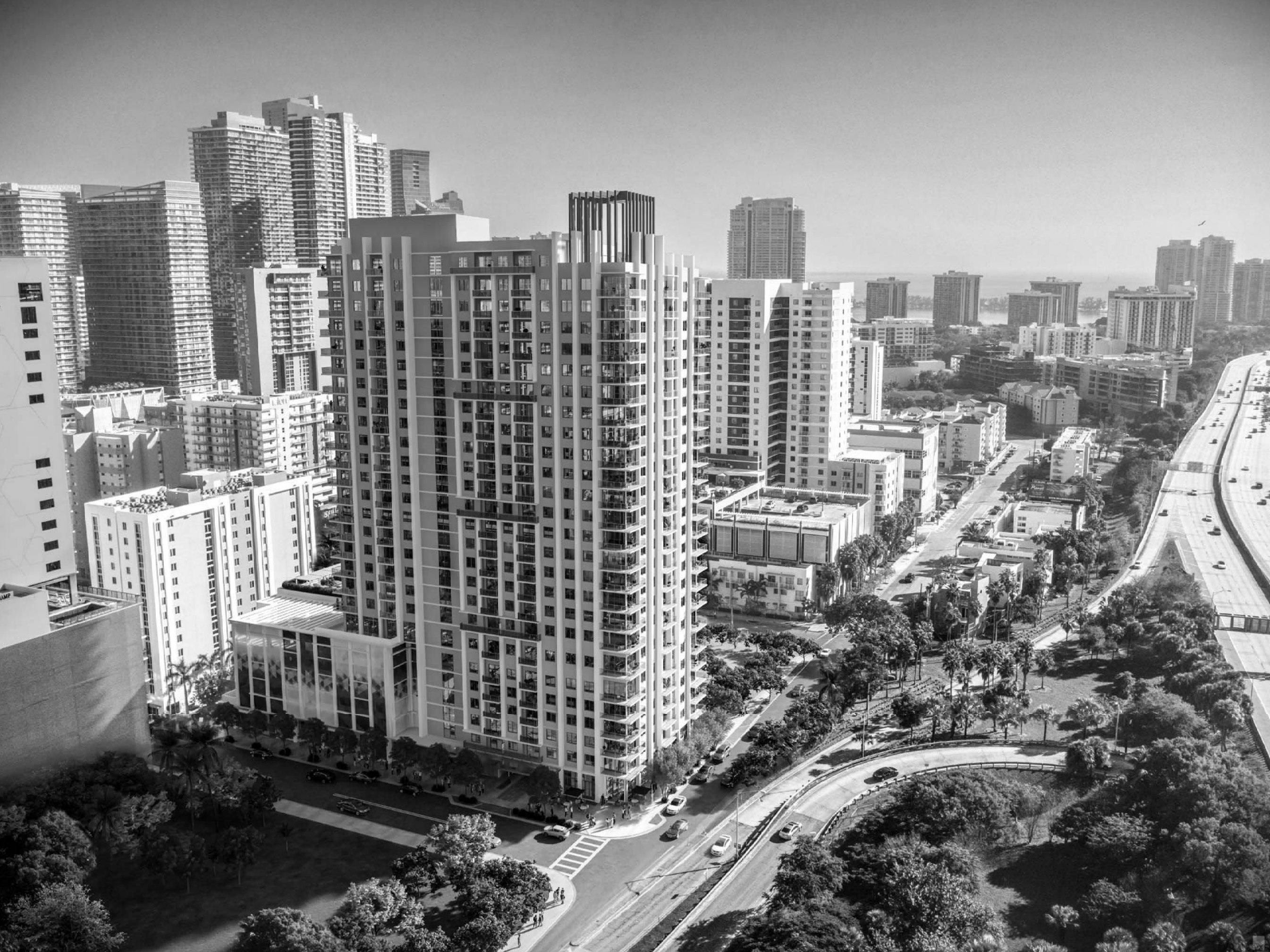 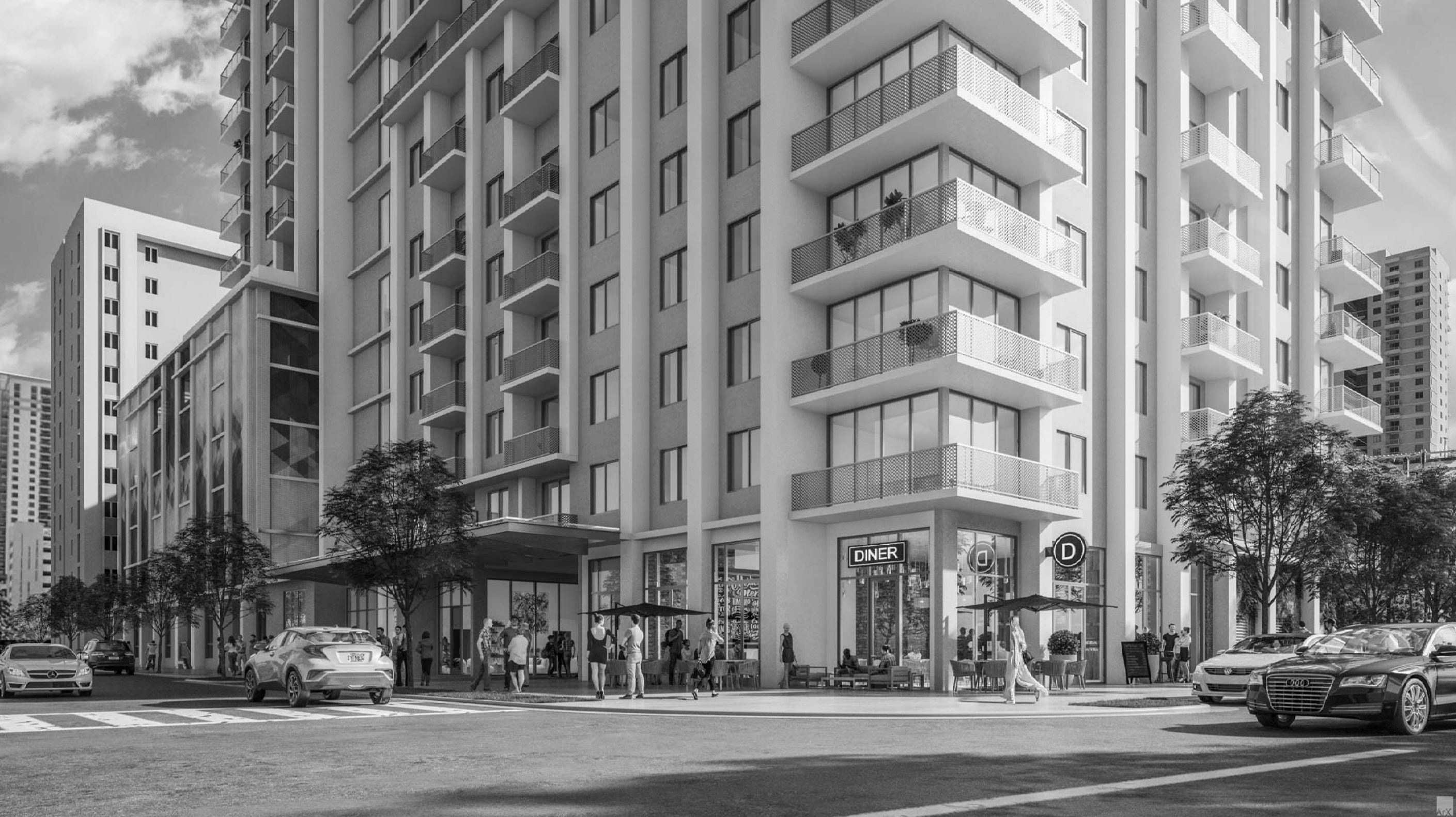 The developer is asking Miami’s Urban Development Review Board (UDRB) for several waivers to develop the property to plan. The requested waivers are listed below: 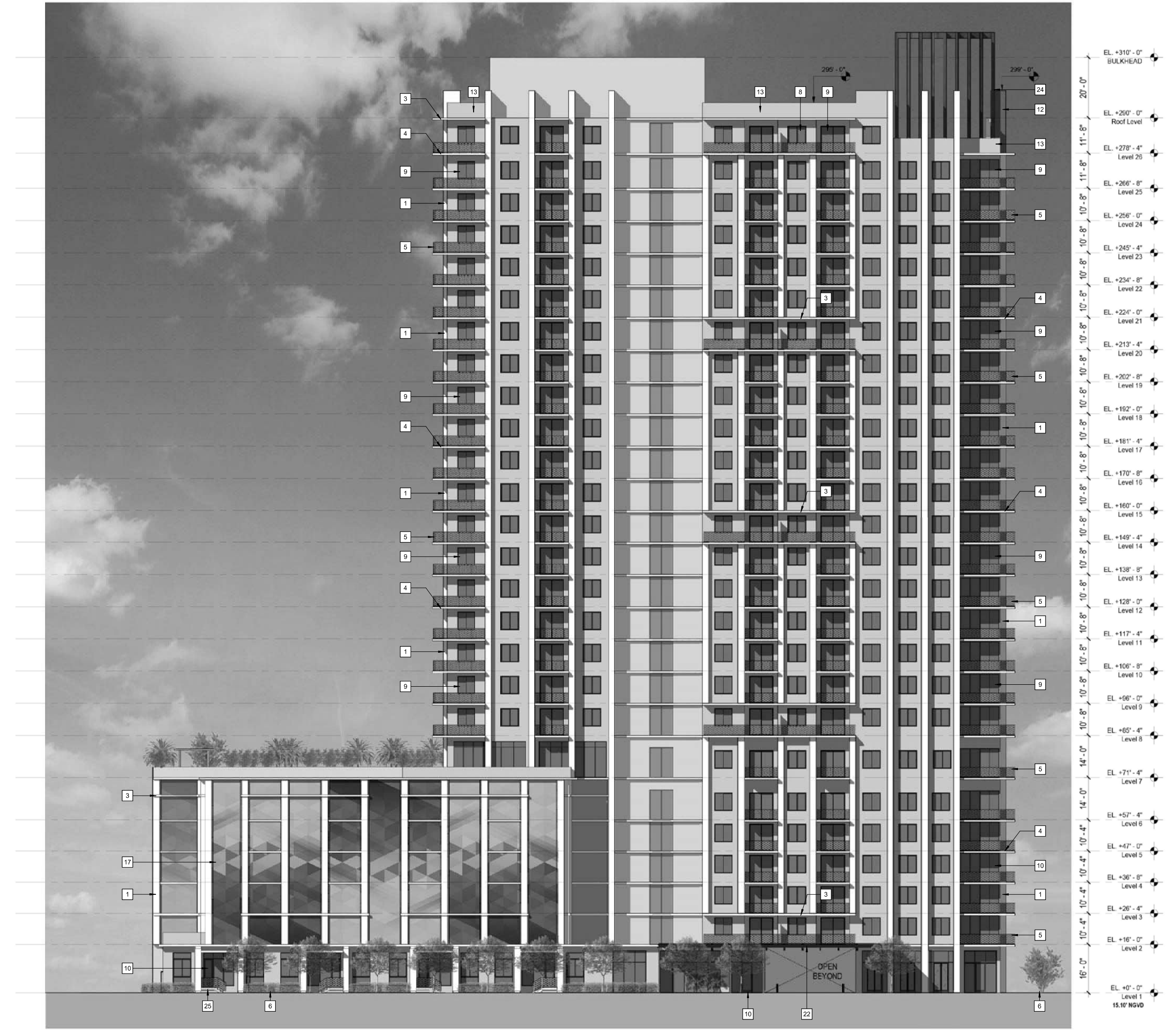 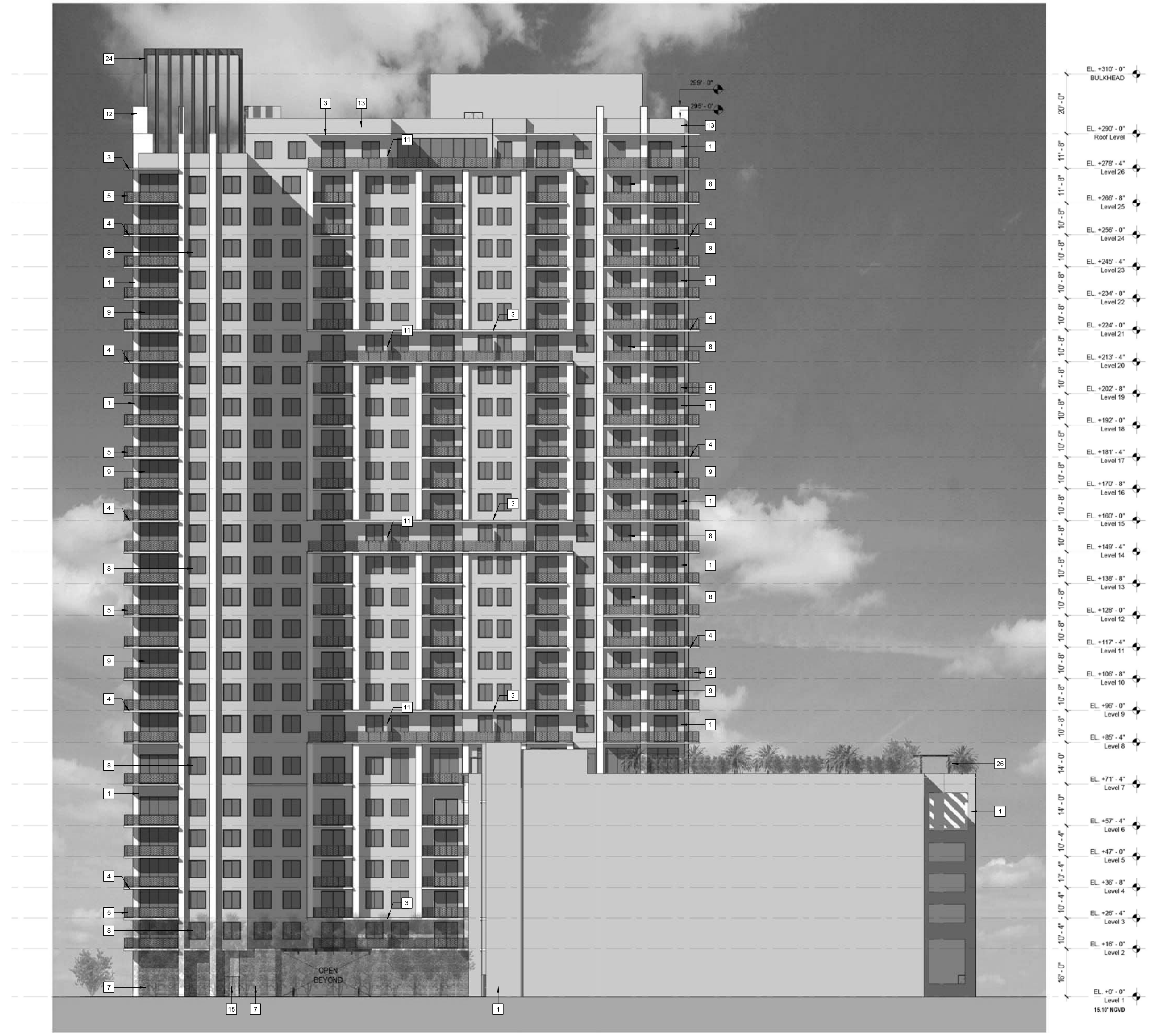 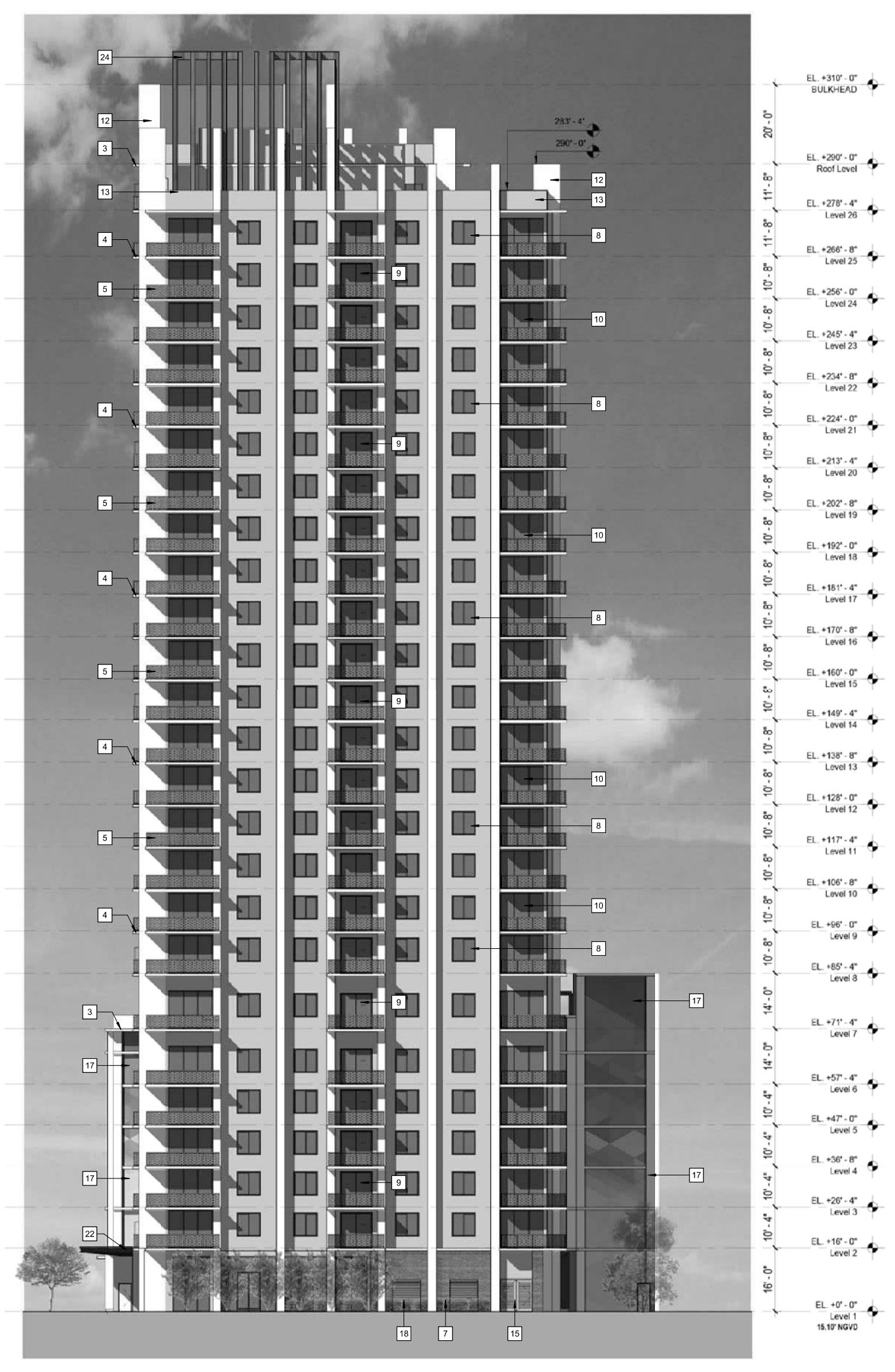 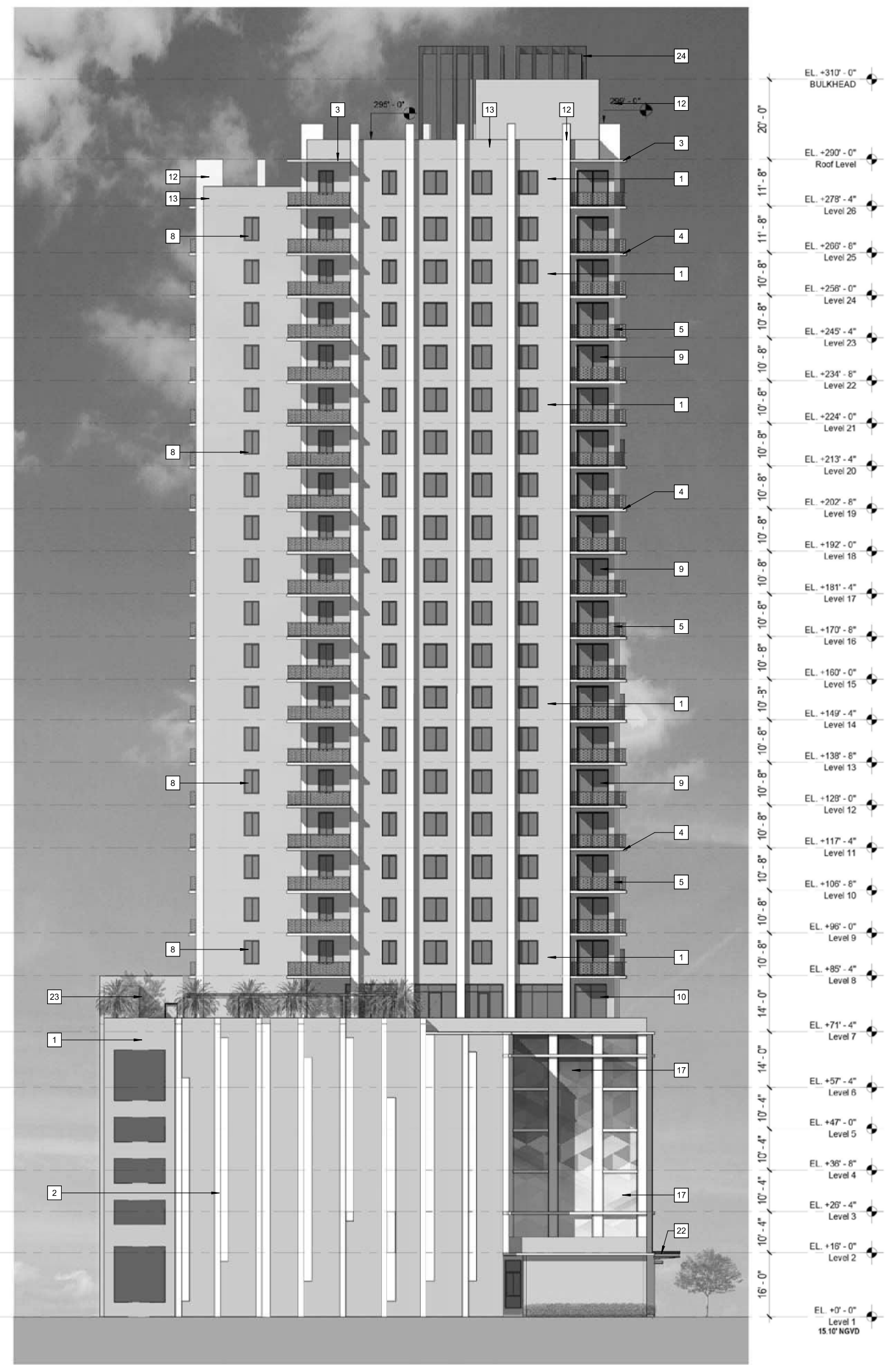 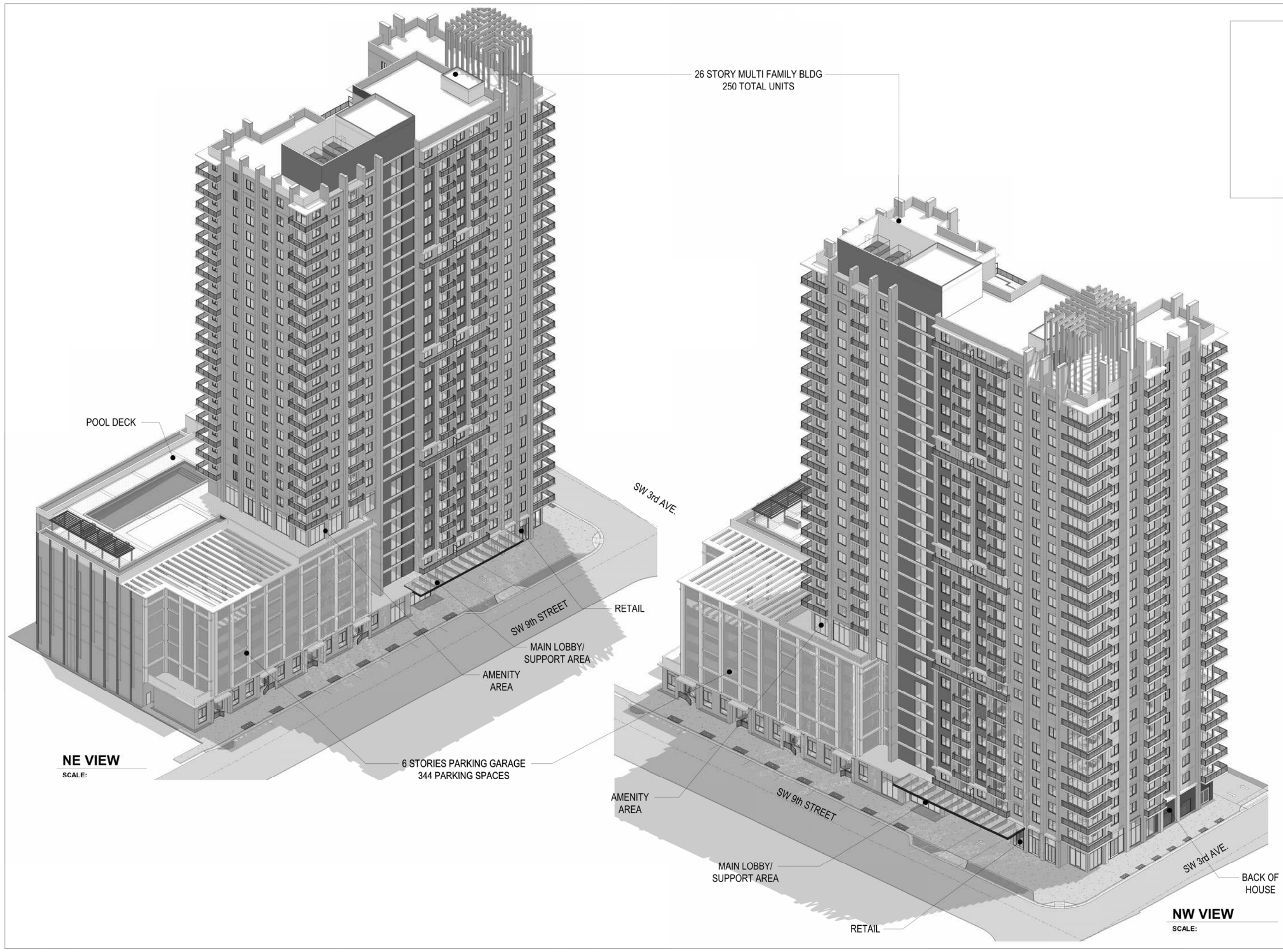 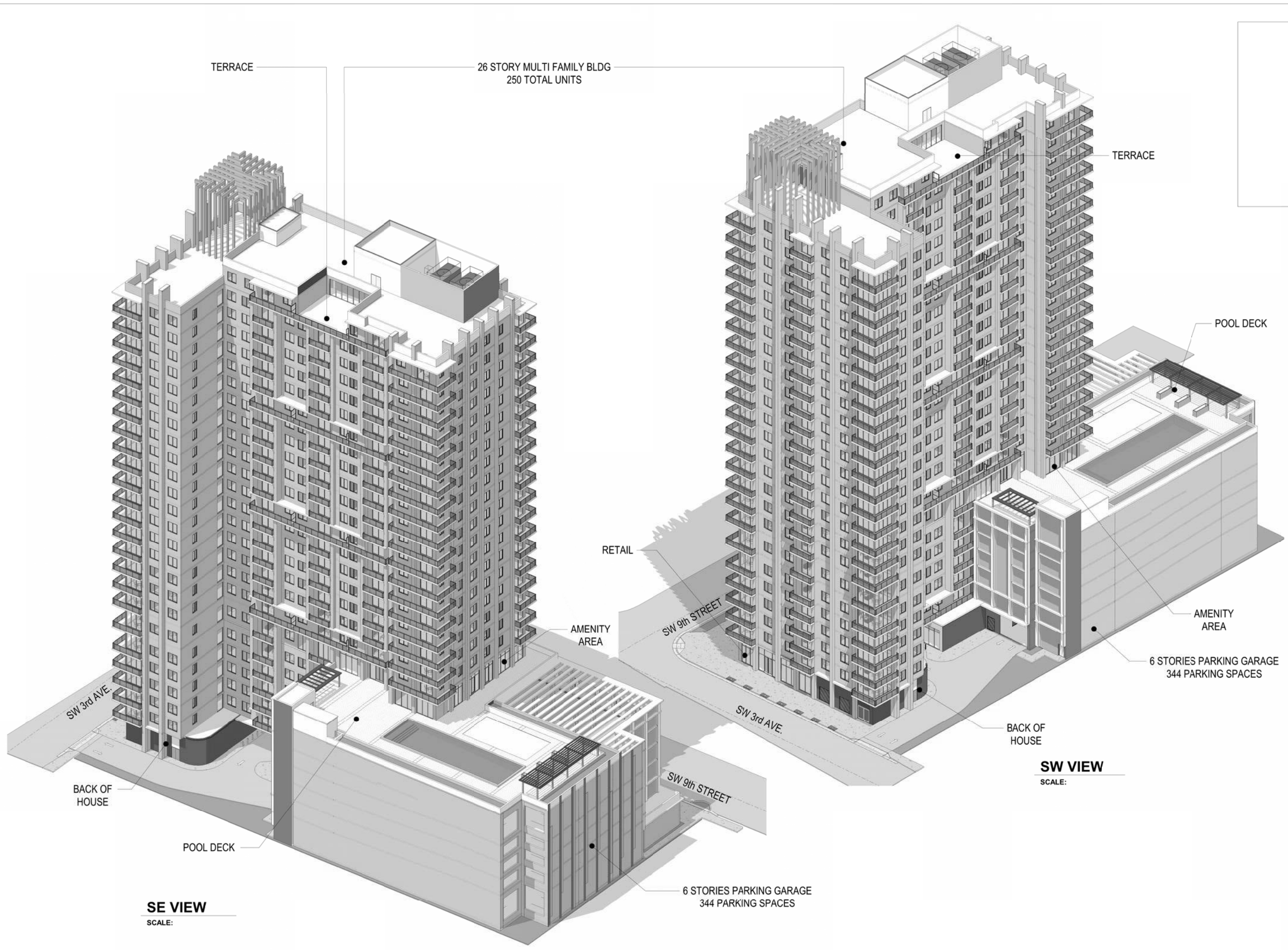 Plans for Empire Brickell are scheduled for review by the UDRB on September 21, 2022.