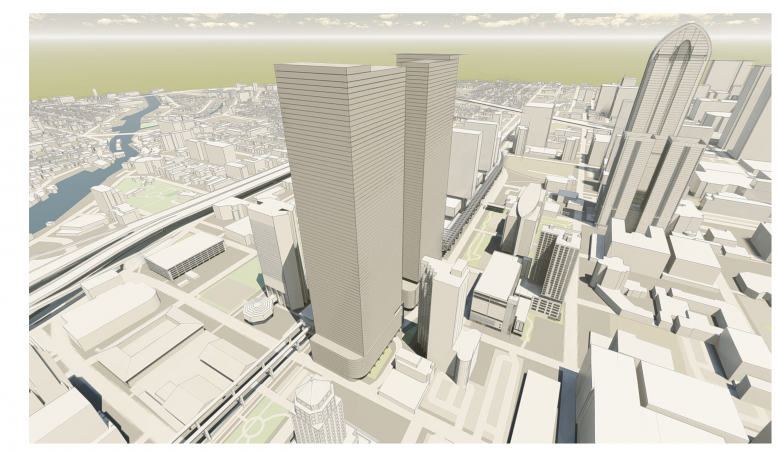 New massing diagrams have been revealed for Florida East Coast Industries‘ (FECI) 220 Northwest 1st Avenue and 195 Northwest 2nd Street in Downtown Miami. The developer is the powerhouse behind MiamiCentral, a massive 9-acre mixed-use development in Miami’s Historic Overtown District, designed by Skidmore Owings & Merril with Zyscovich Architects as the architect of record. The diagrams are derived from an application filed to the Miami-Dade County Department of Regulatory and Economic Resources, which was filed on May 10, 2021. FECI is listed as the owner of the applications under two affiliate companies: Miami Supertower A LLC & Miami Supertower B LLC. 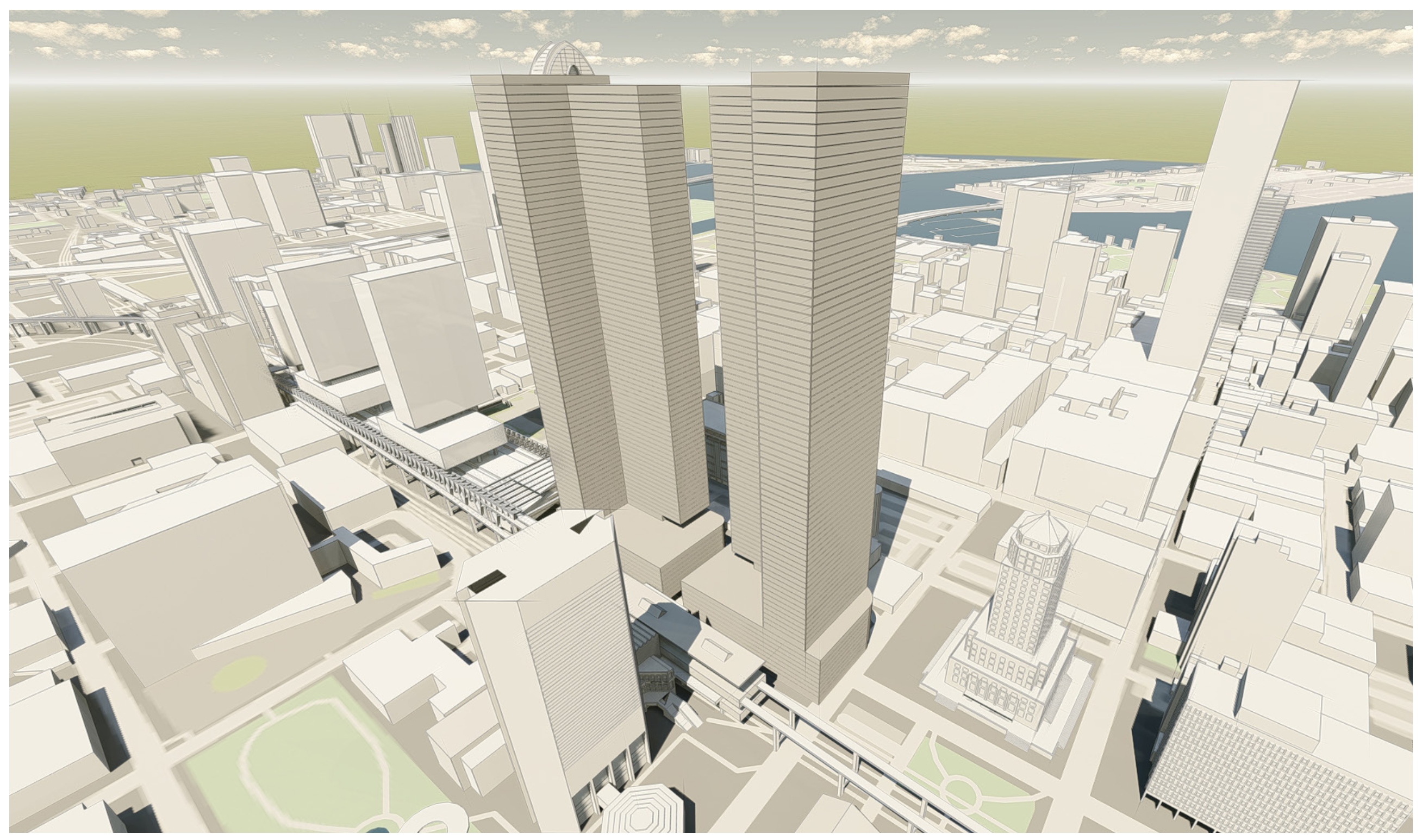 Previous plans for the site included a single supertall tower, surpassing well over 1,000-feet on one tract of land to serve as a mixed-use building of residential, office and hotel space. Those plans were then revised to one a bit more similar to the recent filings, which proposed to build two towers rising 991-feet; one would contain retail and hotel space, the other would offer retail and office spaces. The new proposal is quite the departure from the original, yet the twin structures could fill in a large gap within the skyline and be amongst the ranks of the tallest buildings in Miami. 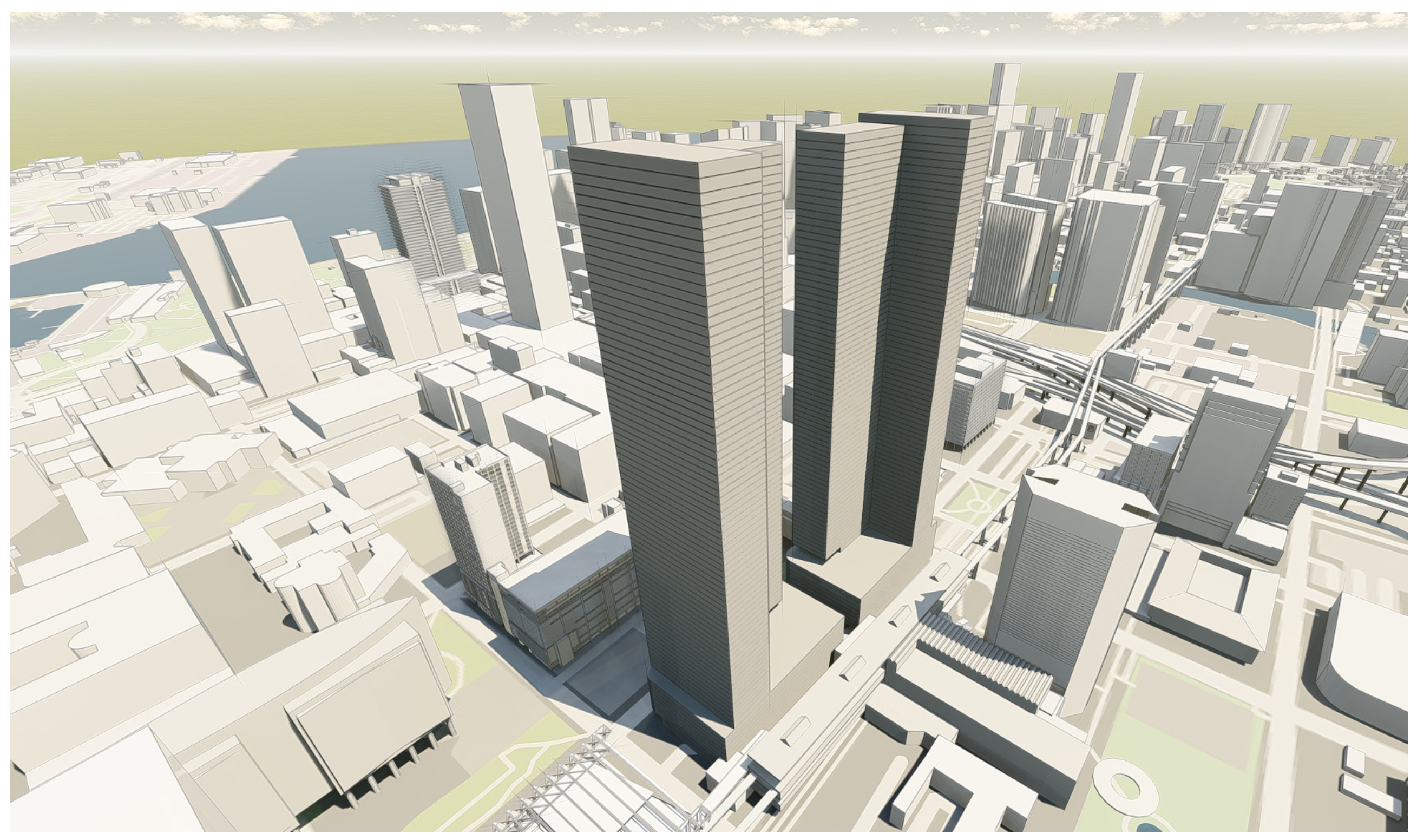 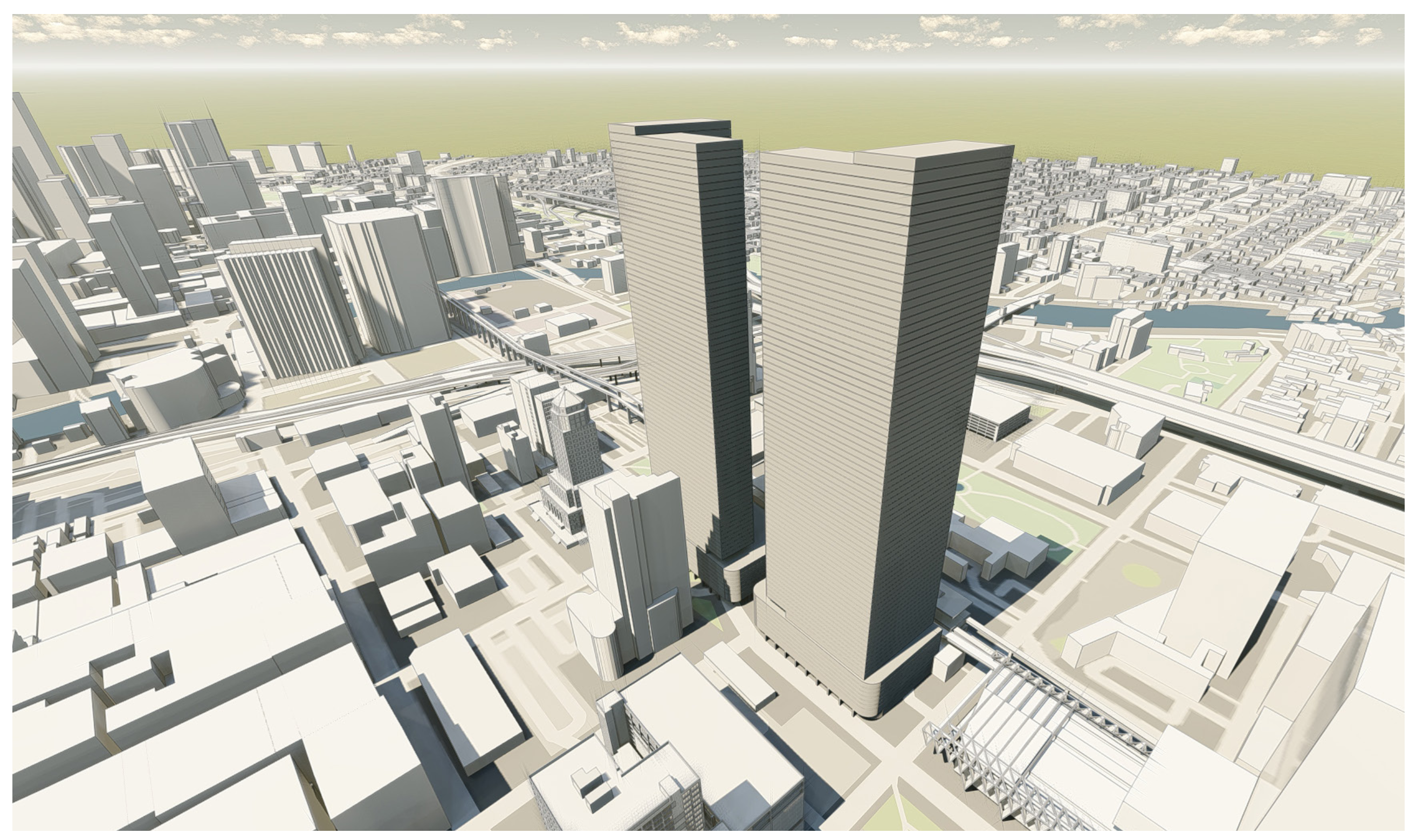 The renderings of the general floor plans from Zyscovich Architects reveal the extension of NW 2nd Street to the west following the division of the tract of land, and NW 1st Avenue will be reconfigured to directly intersect with NW 1st Street. 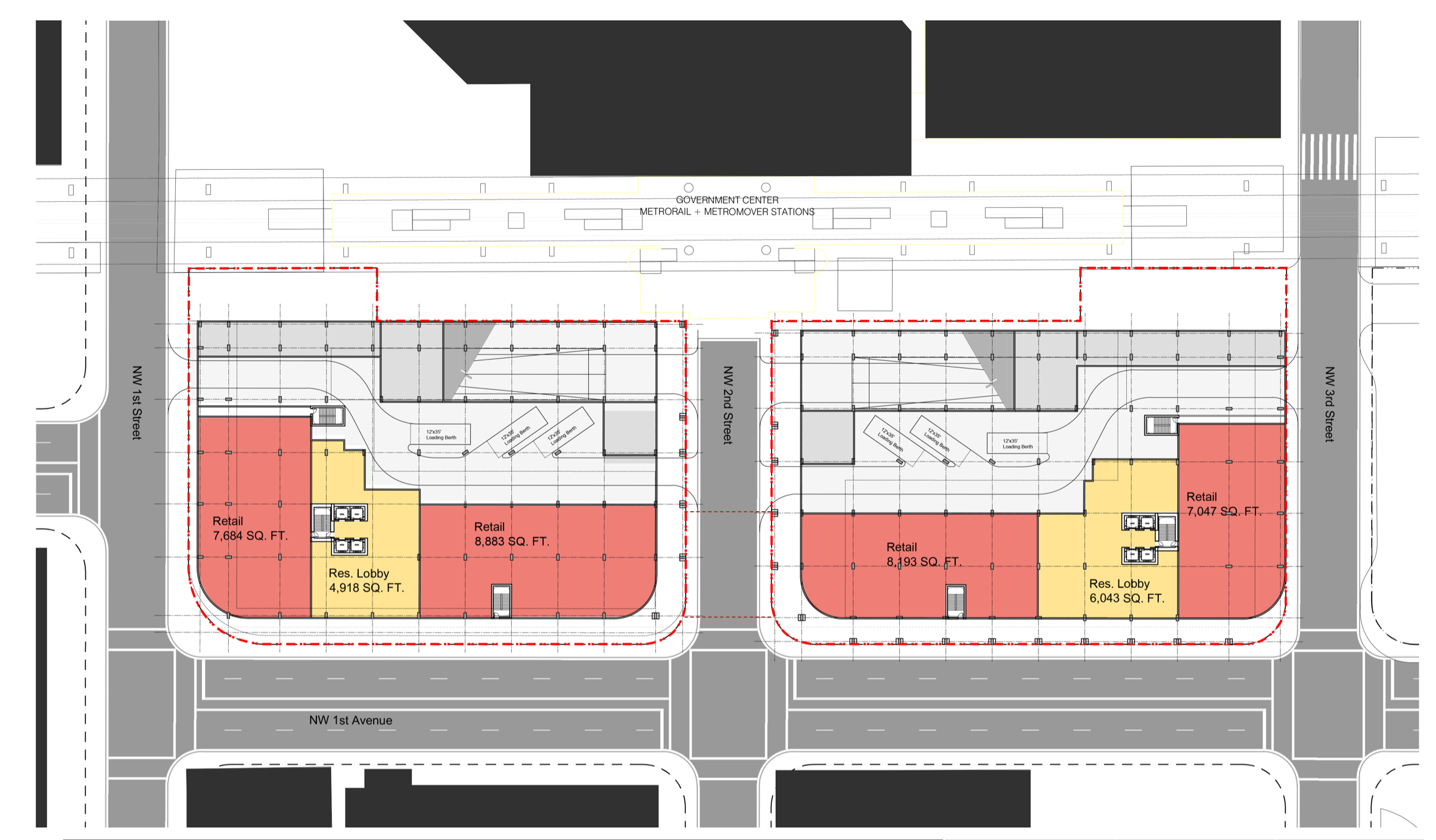 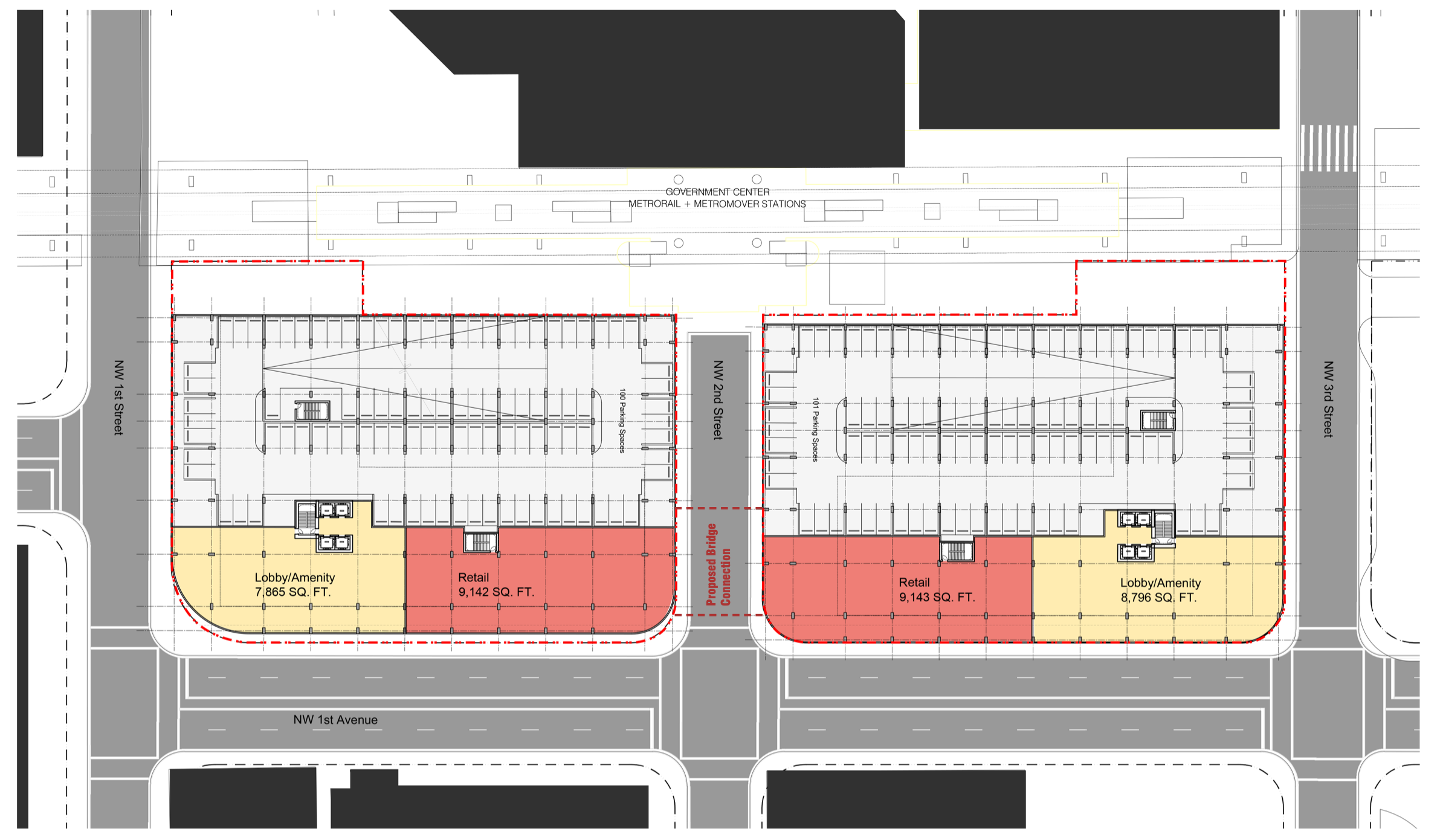 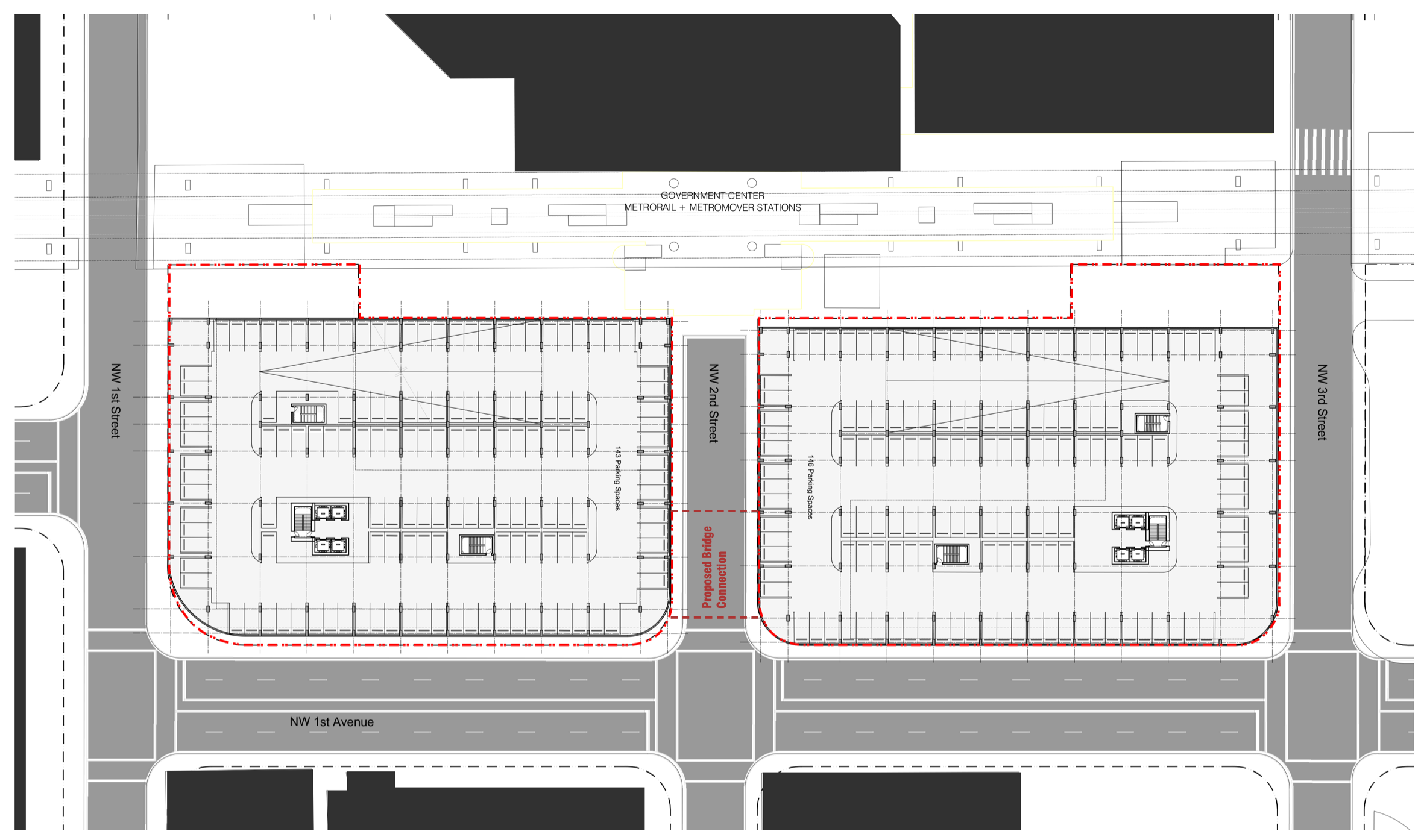 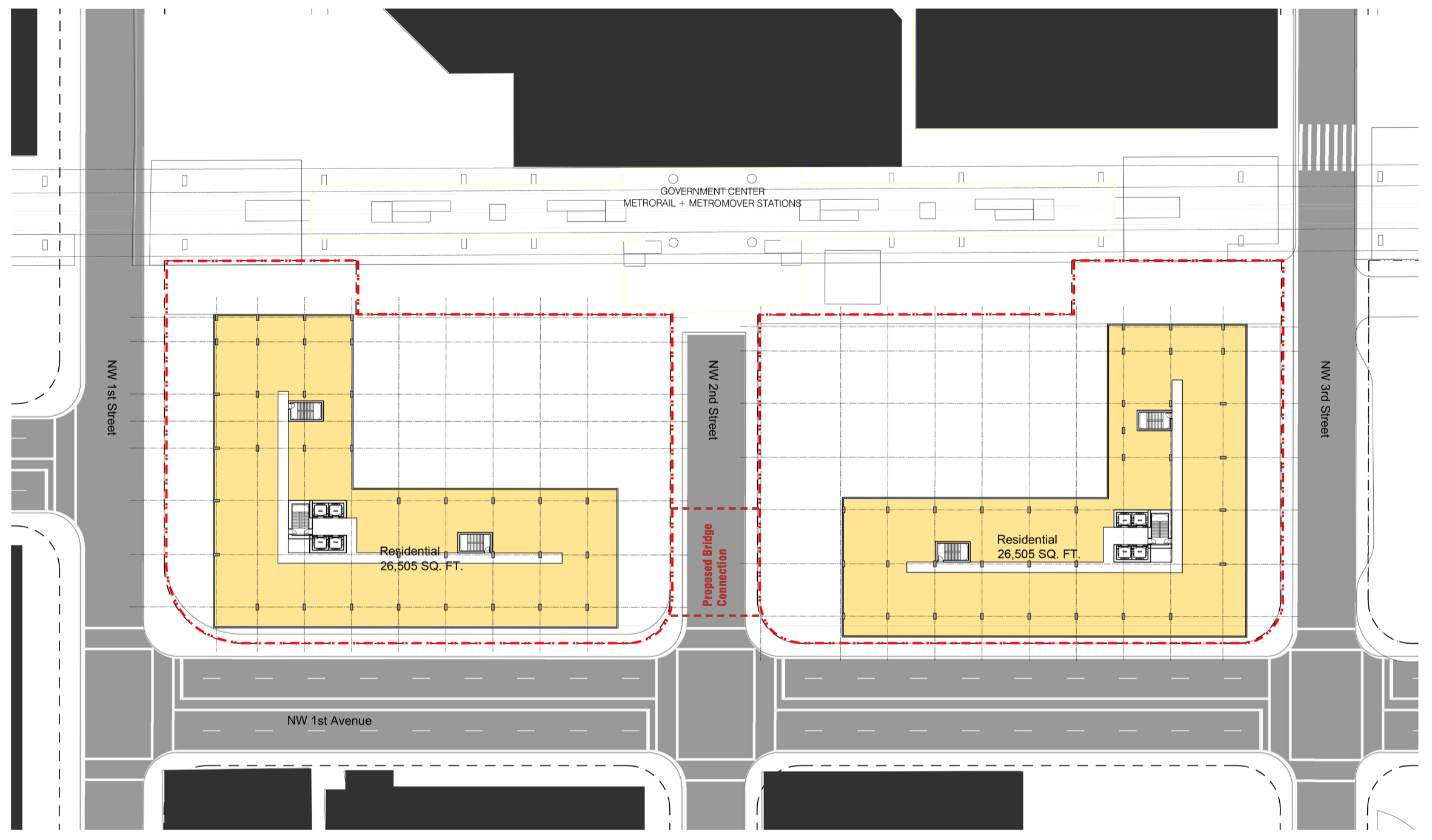 The developer is requesting to have the pre-application review meeting on May 20, 2021, so we may learn the outcome of the proposal very soon.

No permits have been filed, nor anticipated completion dates announced as of yet.

Plans And Renderings Unveiled For 501 First Residences In Downtown Miami