Hong Kong-based real estate developer Swire Properties (Swire) has reapplied for building permits with the Federal Aviation Administration (FAA) for One Brickell City Centre, an 80-story mixed-use supertall skyscraper that is proposed to top off at 1,049-feet above sea level at 700 Brickell Avenue in Miami’s Financial District. A total of four permit applications were filed on March 1, 2022 indicating the building would reach a structural height of 1,040-feet before factoring in the elevations of the development site. The filings mark the third time Swire applies for building permits to build One Brickell City Centre, having applied twice before and gaining approvals in 2015, which expired, and 2018, which will expire later this year in June. According to Swire’s recent investors presentation, One Brickell City Centre will yield approximately 1,967,000 square feet including retail, office, hotel and residential space.

Based on the most current renderings, the development assemblage for One Brickell City Centre is comprised of three parcels of land totaling 2.84 acres, or 123,560 square feet of floor area. All three lots are owned by affiliates of Swire Properties, and include the addresses 700 Brickell Avenue, 710 Brickell Avenue and 799 Brickell Plaza. There are two existing office buildings on the property of 9 and 10 stories that were built in 1971 and 1981, which would ultimately be demolished to make way for the new tower. The property is generally bound by Southeast 7th Street on the North, Brickell Avenue on the East, Southeast 8th Street on the South and Brickell Plaza on the West. The tower would rise next to the Metromover 8th Street Station, so there is the possibility of the development being connected to the station. 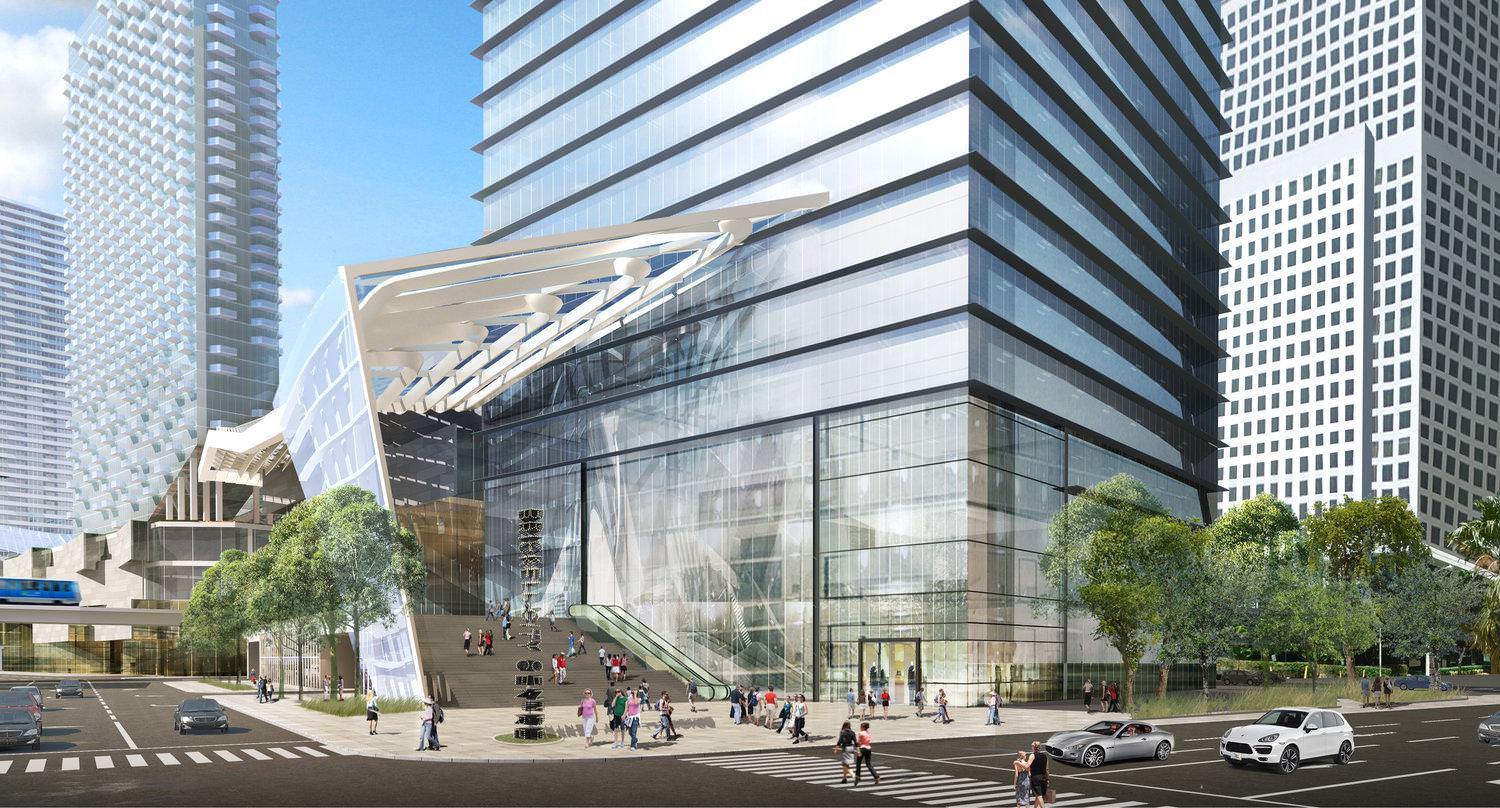 Below are the four filings for the 1,049-foot-tall supertall skyscraper.

Arquitectonica is most likely the architect behind the renderings for One Brickell City Centre considering the firm designed the first phase of the development.

A timeframe for construction is not yet known, but Swire will need to apply for demolition permits for the existing structures and submit site plans to city, or even county planners for approvals. The project falls within Miami’s Rapid Transit High Density zone, meaning Swire could pursue gaining approvals from Miami-Dade County’s planning commission.