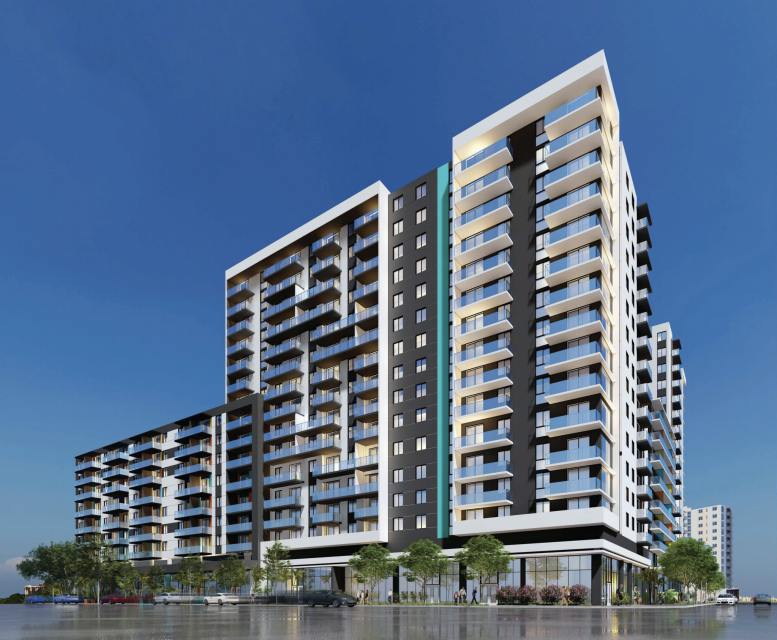 Renderings have been revealed via a new proposal for a mixed-use development named URBAN22 in Edgewater, Miami. Officially addressed as 2200 Northeast 2nd Avenue, the plans call for the construction of a 708,119-square-foot structure consisting of two 15-story towers rising from a multi-floor podium. The City of Miami Planning and Zoning Department is currently reviewing the application/proposal for the site, who’s owner are members of the Melo Group filed under Cardinal Plaza Corporation.

The developer has proposed to redevelop and combine two tracts of land consisting of 10 plots (addresses) along the entire western frontage of Northeast 2nd Avenue between Northeast 22nd Street (southern frontage) and Northeast 23rd Street (northern frontage). Currently, there are several vacant plots and a few single-story commercial and residential buildings on the site. The combined net acreage between the two tracts is a total of 1.8193 acres of land, or 85,379 net square feet. Zoning regulations allow for a structure of up to 823,227 square feet, so the proposal surely falls within the allowed buildable square footage. The location also sits right near the border shared by Edgewater and the Wynwood Arts District. 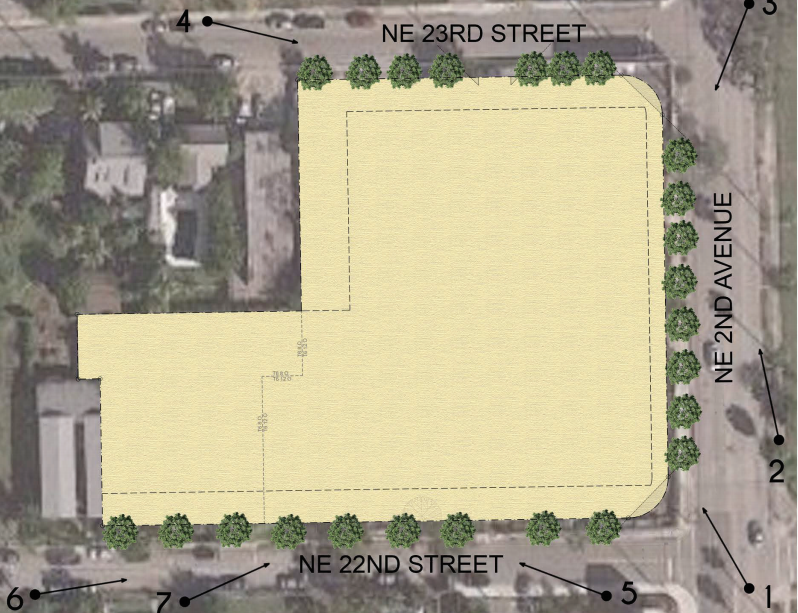 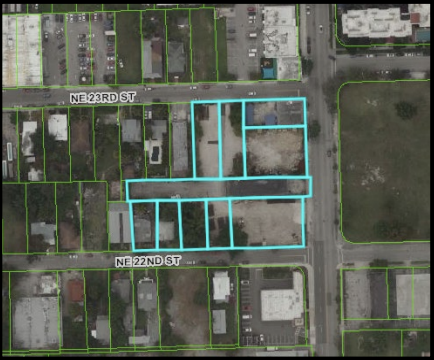 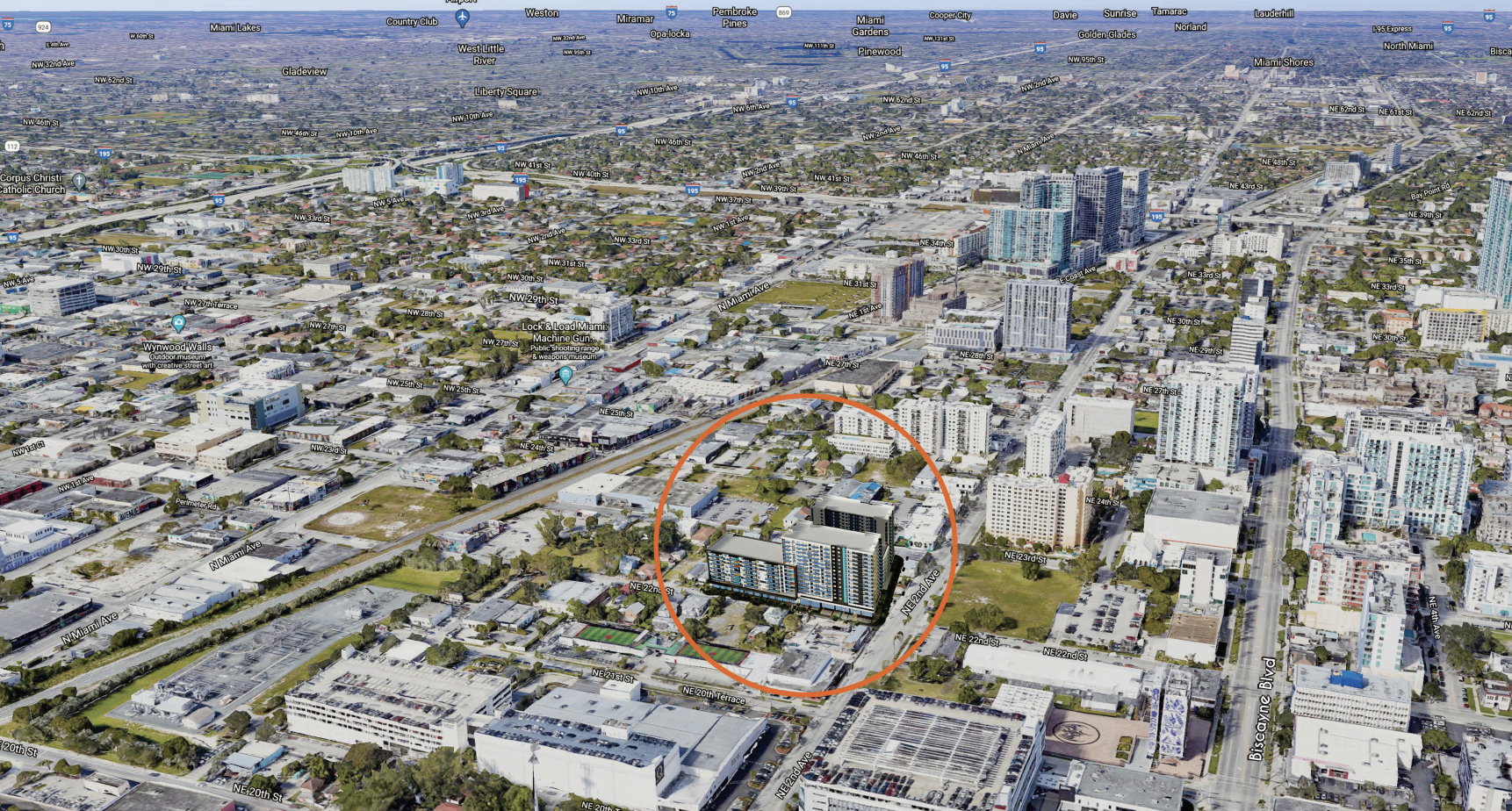 Location of URBAN22. Courtesy of G3aec.

To no surprise, the firm chosen to design the building is none other than Melo Architecture, an in-house team of architects from the Melo Group. The aesthetics of the new building reveals common features and textures seen on other developments from the firm. The renderings reveal that nearly every residential unit above the ground floor will feature a private balcony, as they are seen scattered throughout all elevations including those on the interior of the site. The two 15-story towers rise out of an 8-story podium on the northwest and southwest corner of the site looking over Northeast 2nd Avenue, structurally topping out at approximately 176-feet up-to to the elevator cores.

On the exterior, white-and-grey-colored stucco will be mostly used to enclose the superstructure, with occasional vertical stripes of turquoise-colored stucco. The light green glass windows will be framed in a dark aluminum; the same applies for the balconies, of which some will be divided with varying colors of glass. 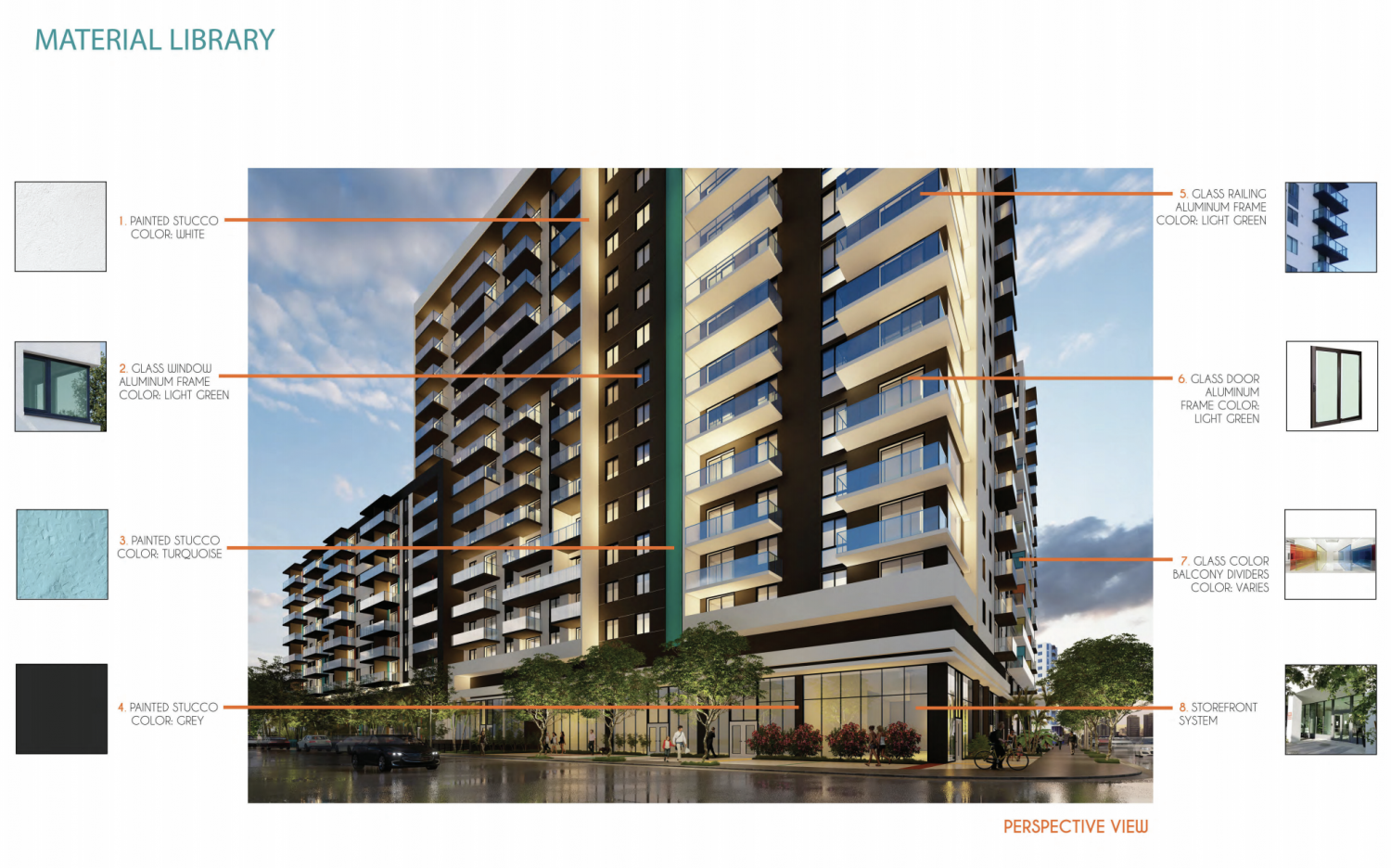 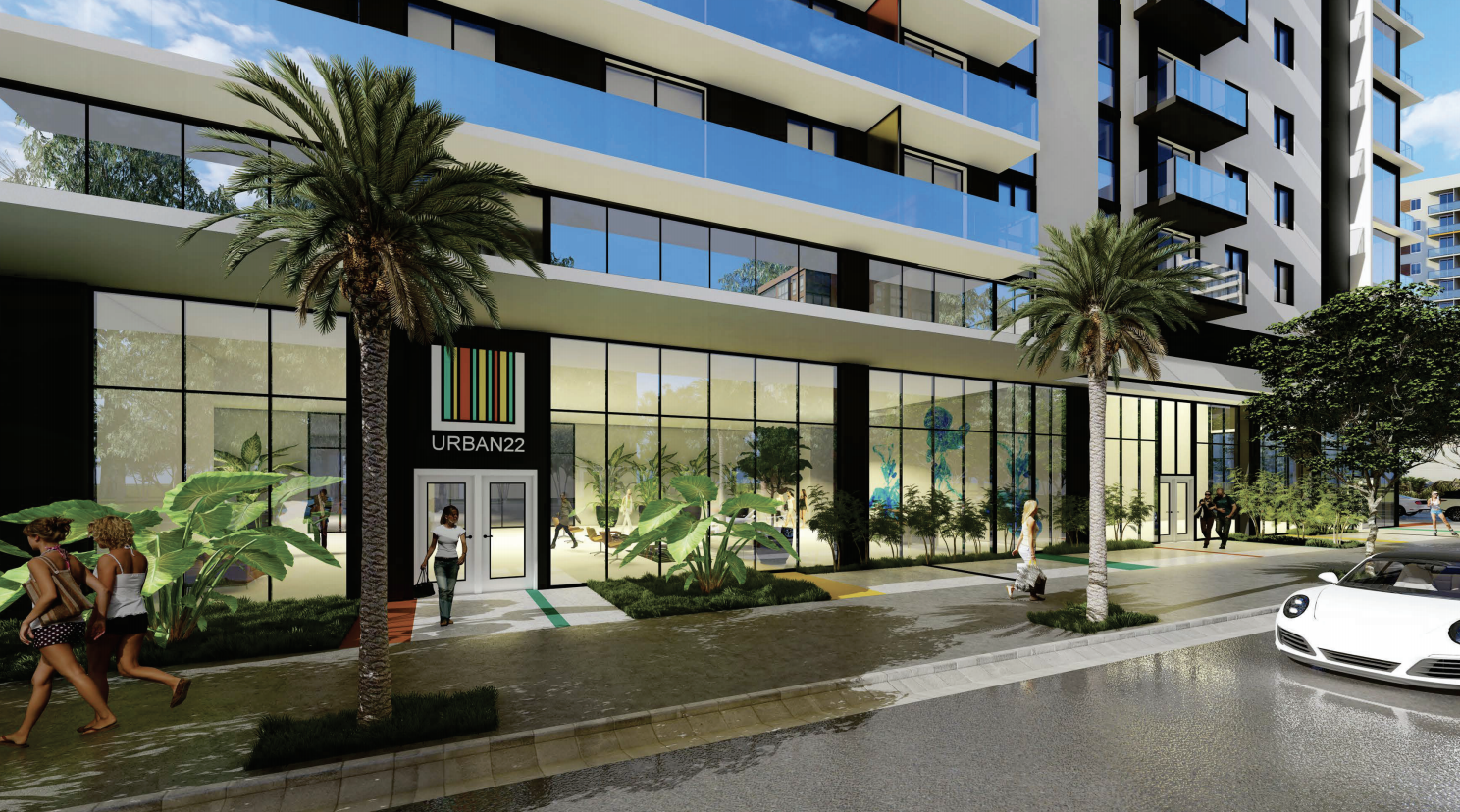 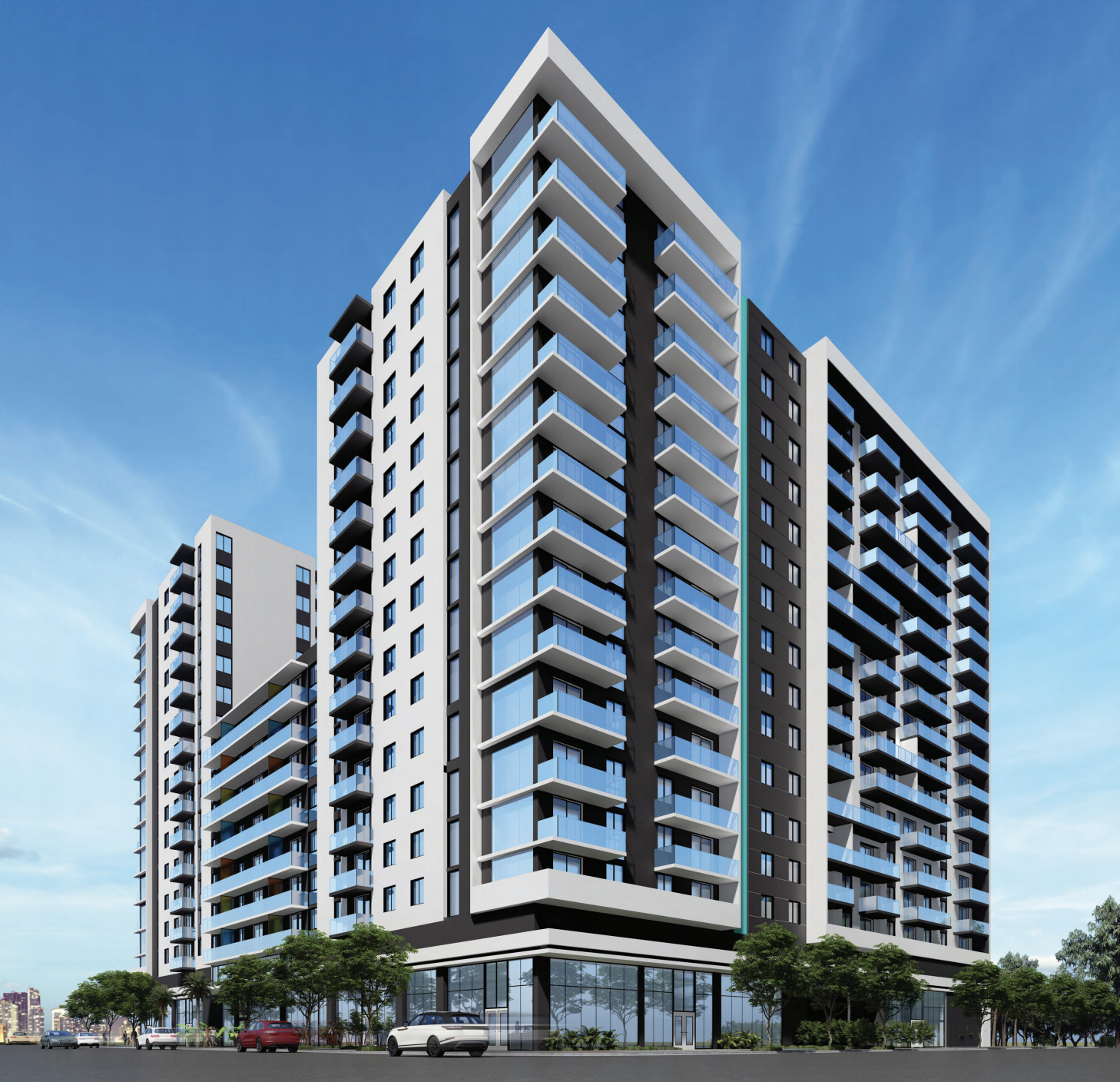 North and West elevations at URBAN22. Courtesy of G3aec. 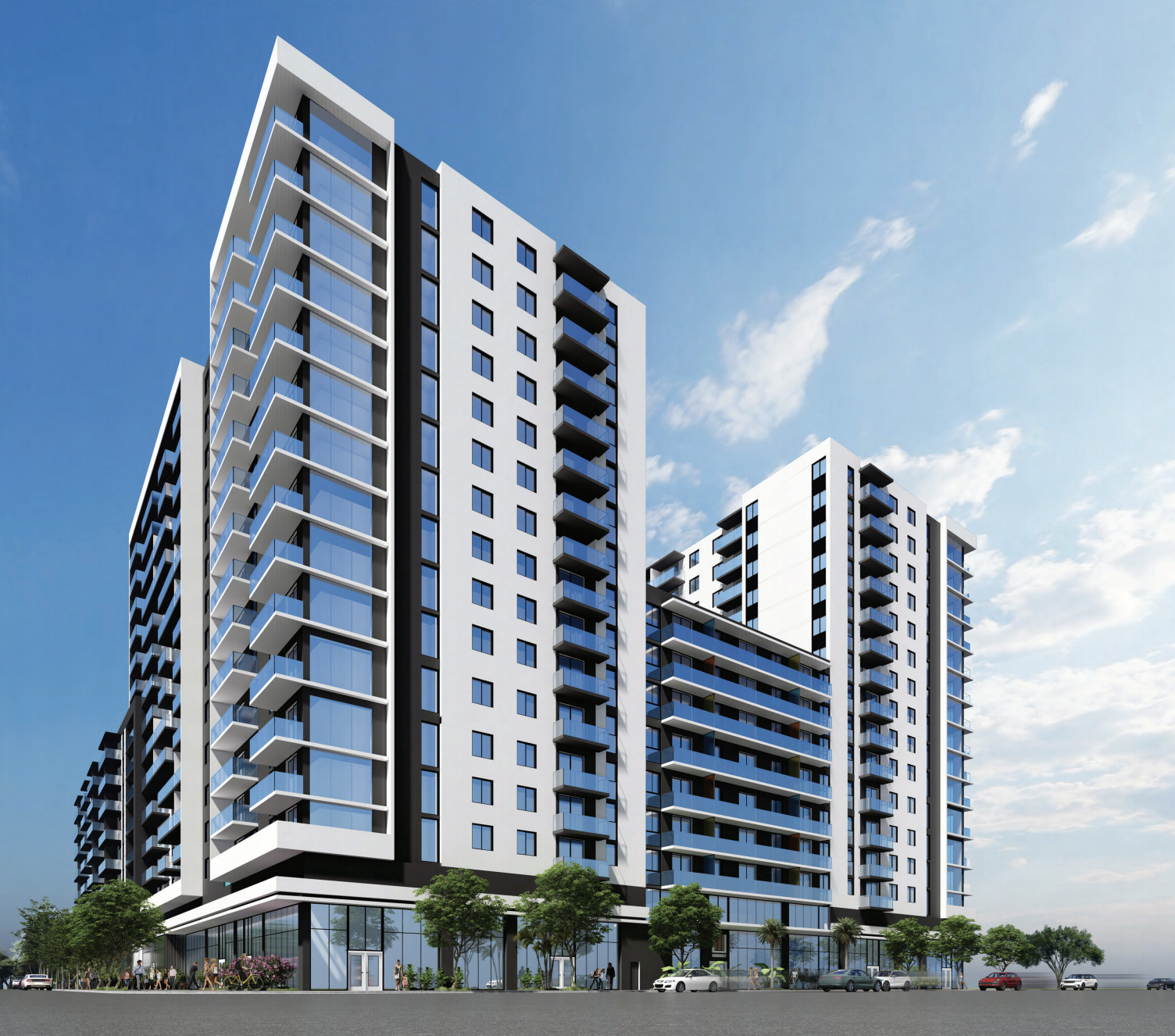 The eventual completion of URBAN22 will result in the creation of up to 441 residential units generously offering between 725-to-1200 square feet of living space, ranging from studios-to-3 bedroom layouts. Residents will have access to an off-street parking garage with up to 529 spaces; about 1.5 spots per unit. 21 bicycle parking racks will also be available. Then there is the commercial component at the ground floor with 7,168 square feet of space along Northeast 2nd Avenue; ideal for a markets and retail tenants. Office space totaling 12,619 square feet will be available at the ground and mezzanines levels. The 5th floor is where tenants will find amenities such as an outdoor pool deck with spa, garden terraces and a fitness center. 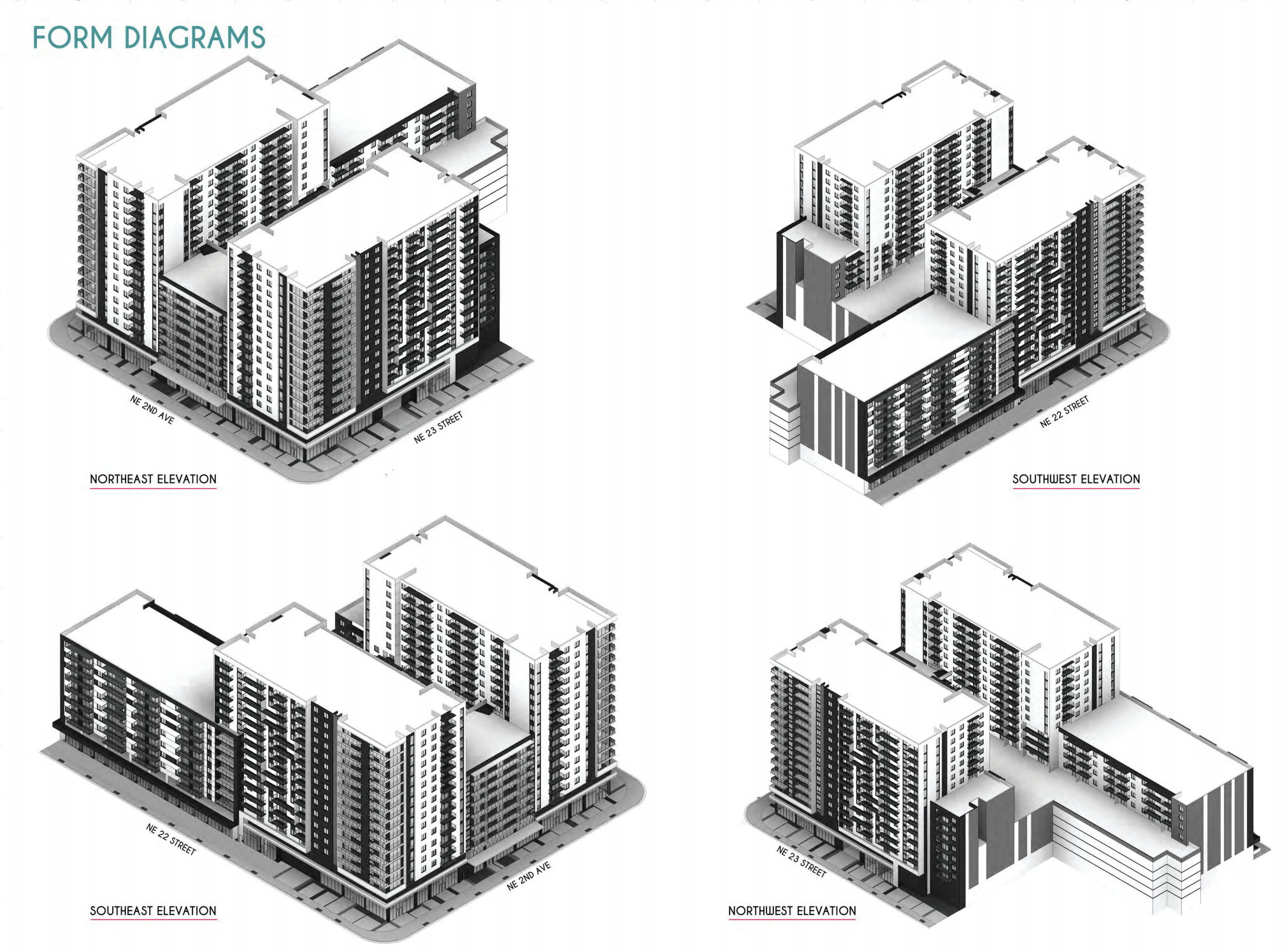 Upon completion, URBAN22 is set to give the block-front a long overdue facelift and serve the the growing community in a most optimal fashion, as more people continue to move down to Miami in search of quality space to live, work and play.

New construction permits were filed in November of 2020, but have not been approved yet. A completion date has not been announced. The approval or disapproval of the application will be decided on April 21, 2021.

1 Comment on "Renderings Revealed For URBAN22 In Edgewater, Miami"