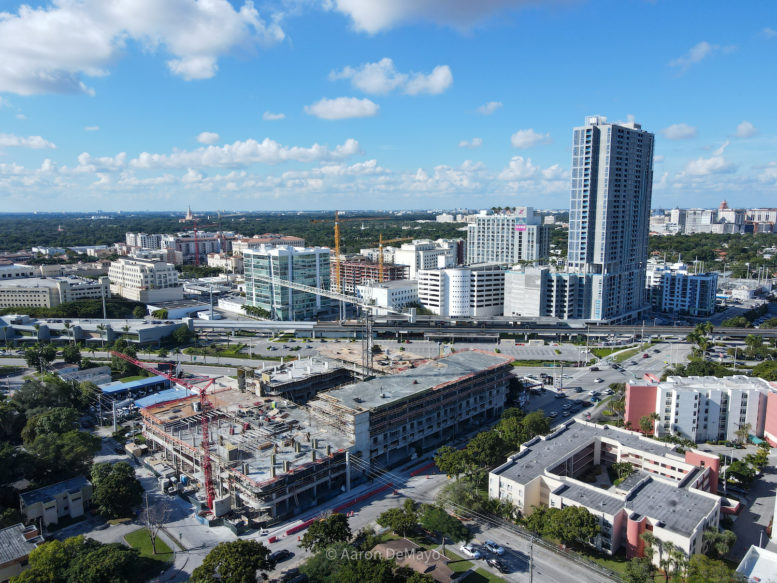 Miami’s Coral Gables neighborhood has been experiencing an uptick in active transit-oriented residential, office and mixed-use construction projects. Architectural designer and urban planner Aaron DeMayo recently photographed the area from above, capturing the immense amount of on-going construction and recently completed developments surrounding the Douglas Road Metrorail Station parallel to South Dixie Highway (US Highway 1) between Southwest 37th and 38th Avenues. Below are a number of relative major projects in the area varying in stages of construction, as well as a few that were recently completed.

We begin with the current tallest tower in the Coral Gables area, the 36-story Cascade residential tower at Link at Douglas which is inching closer and closer to completion. Addressed as 3050 Southwest 37th Avenue, the reinforced concrete superstructure topped out at approximately 404-feet earlier this year, notably dominating the skyline and standing almost completely unobstructed for the time being considering there aren’t many buildings of similar height near it. Although the exterior hoist elevator remains attached to the west-facing elevation, you can see most of the tower’s façade is complete, which sports white and grey smooth stucco finishes. The portion of the structure that still has a bit more to go is the podium, which still shows some exposed concrete. However, landscaping work appears nearly finished, and most glass windows have also been installed. Cascade is scheduled to open to the public in the Summer of 2022 with 421 apartments and the 25,000-square-foot Milam’s Market on the ground floor. Link at Douglas is being developed via a joint venture between the Adler Group, 13th Floor Investments and Barings. Arquitectonica is the design architect. 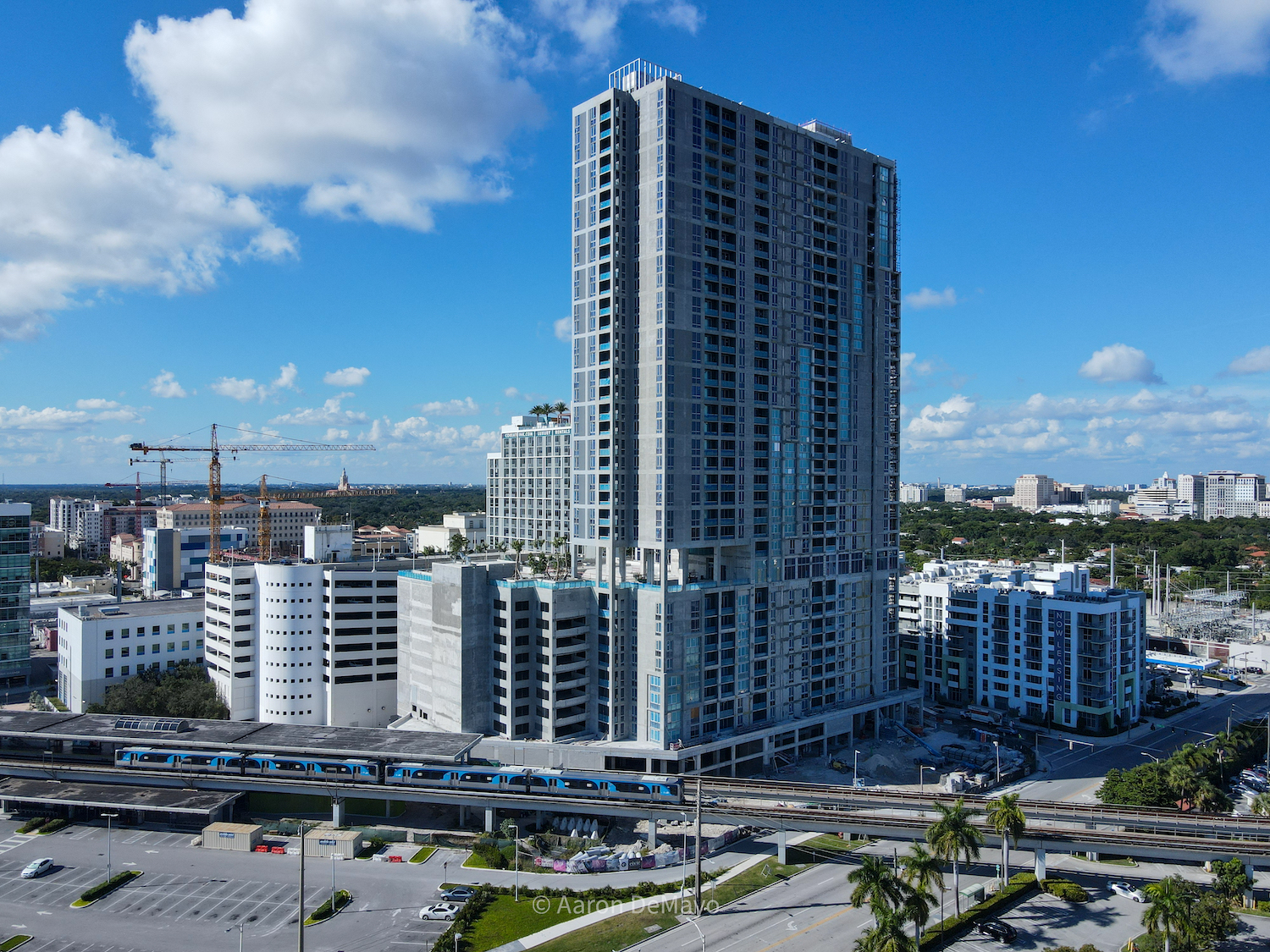 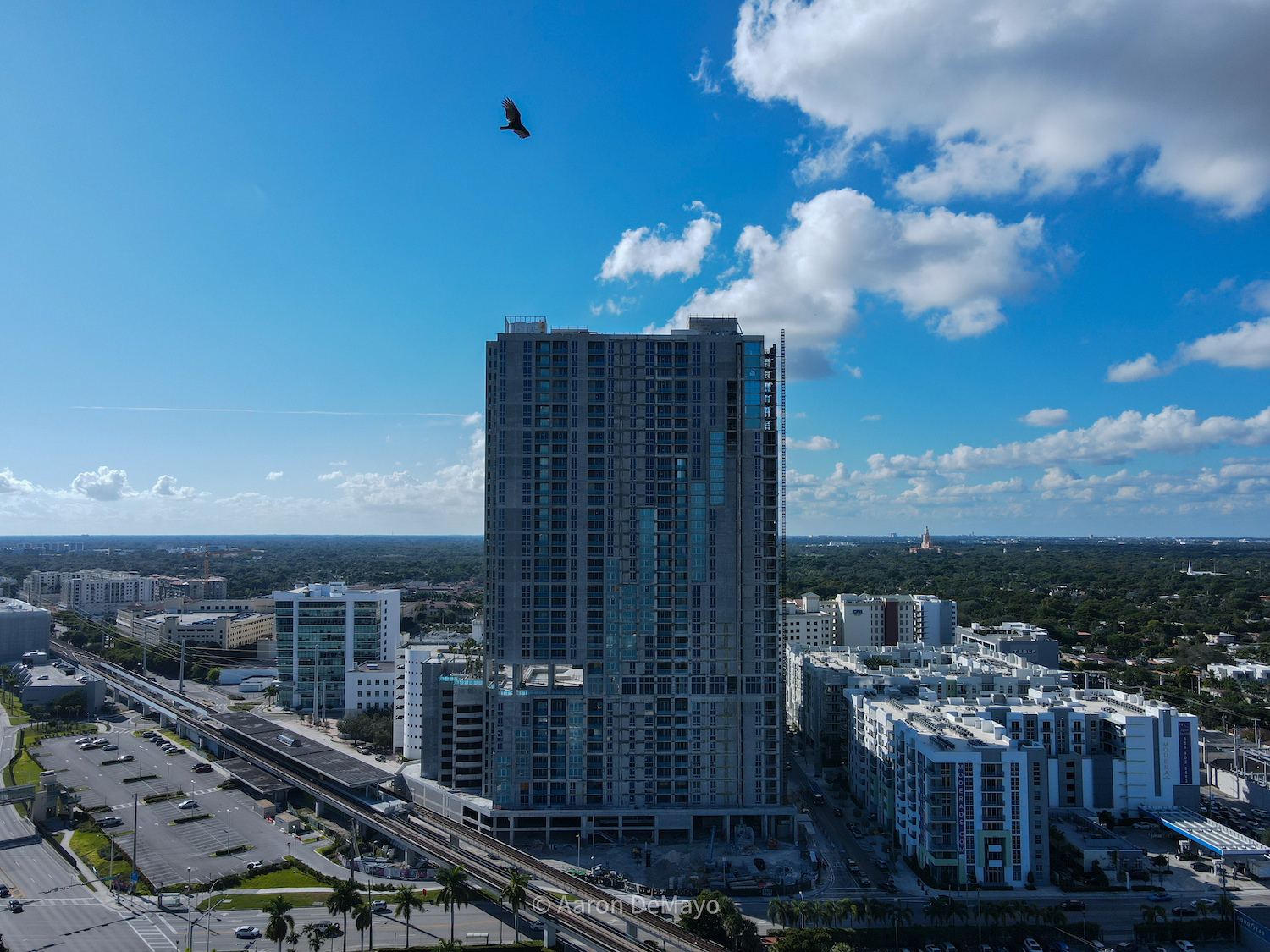 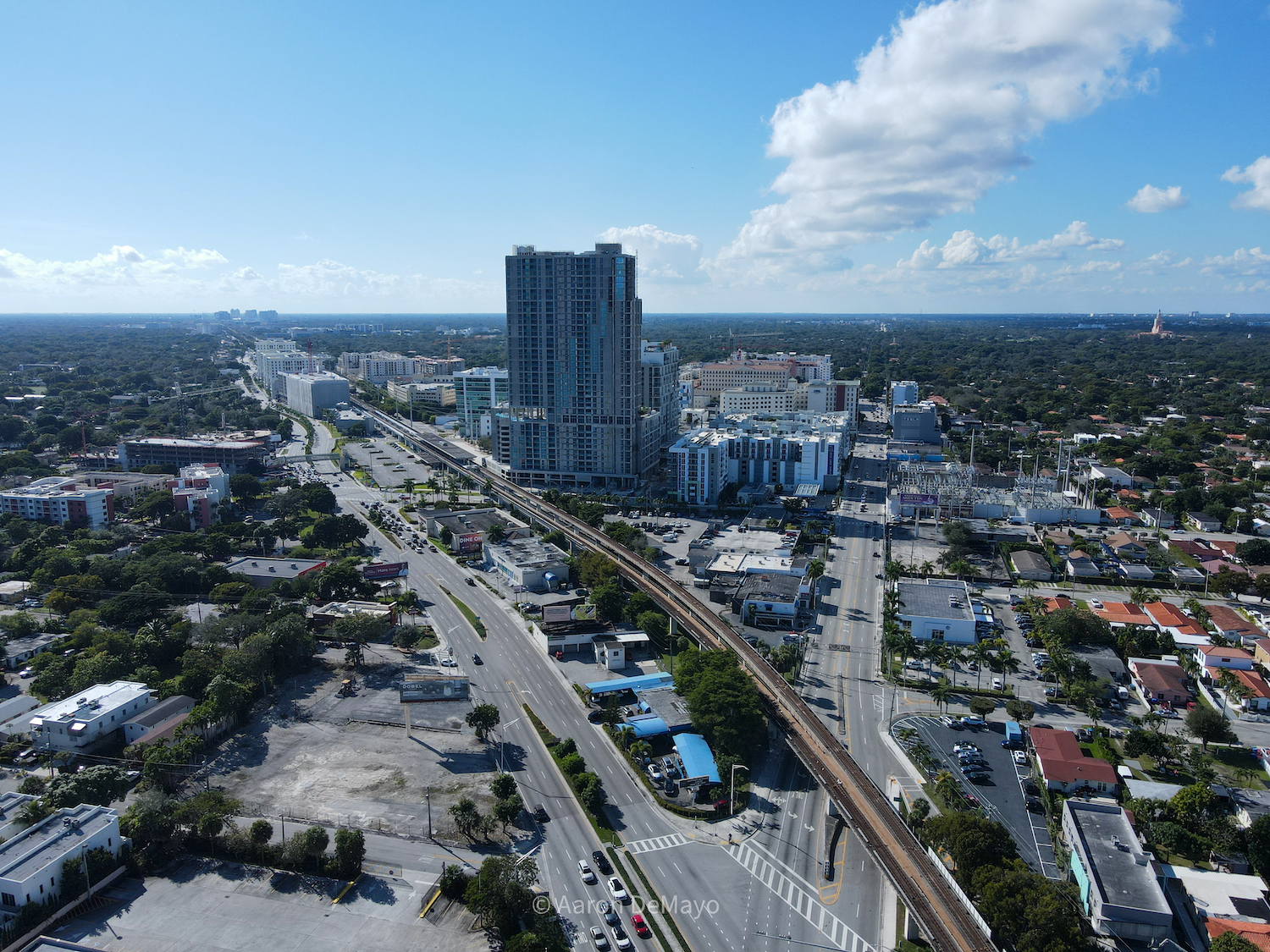 The 22-story Core tower opened to the pubic earlier this year with 312 rental units, pictured below. Core and Cascade make up Phase 1 of Link at Douglas. Two 39-story towers are planned for Phase 2 with 854 units. 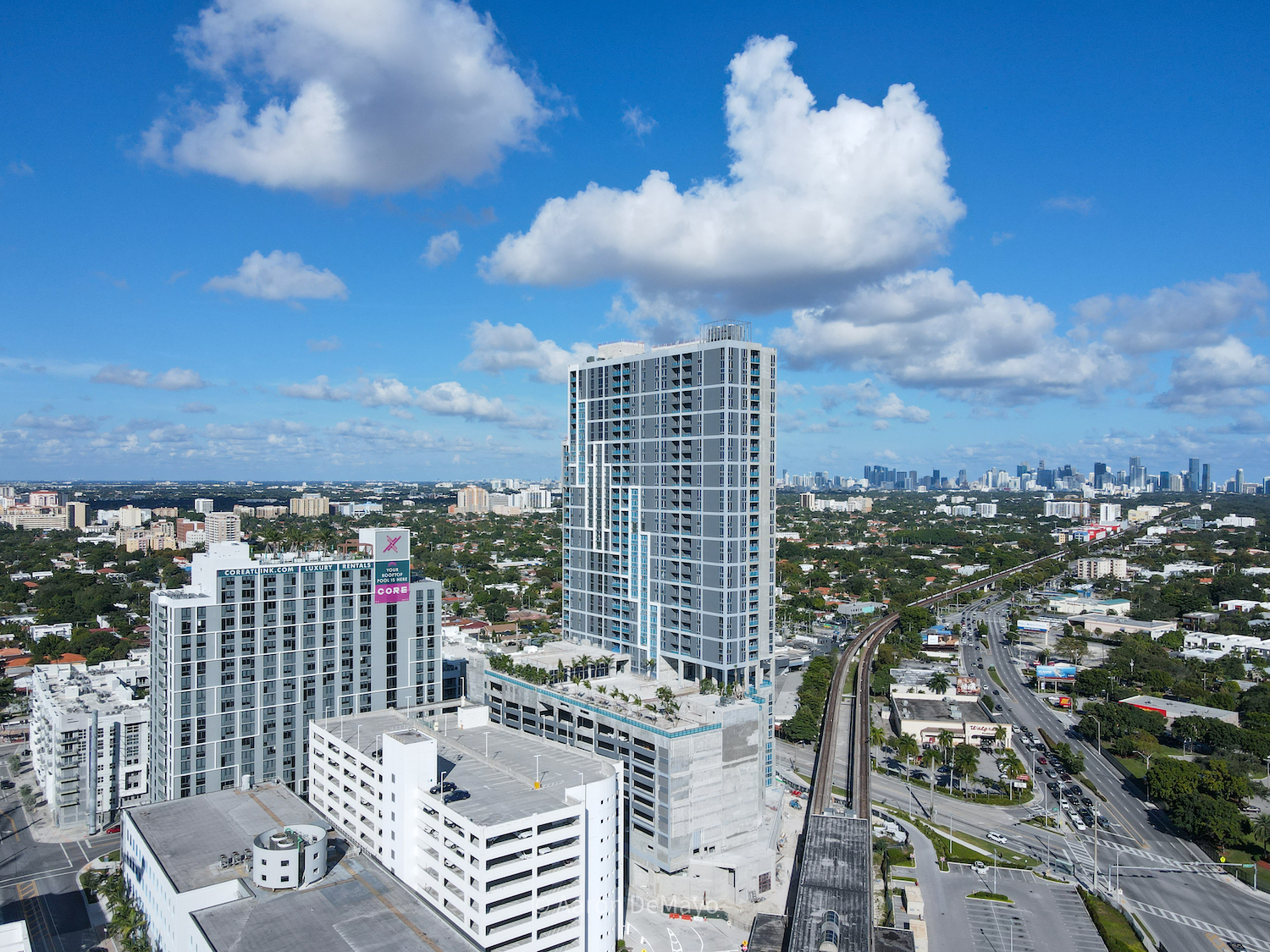 The next development we’re looking at is Platform 3750, a 12-story mixed-use building designed by Kobi Karp and located at 3750 South Dixie Highway across from the Douglas Road Metrorail Station. Construction continues to go vertical with the highest slab of concrete currently at the 6th floor on the west side of the site. The eastern portion appears to be topping off soon as it’ll only rise around 4 floors or so. Platform 3750 is being developed by Cornerstone Group and will contain 191 residential rental units, 27,706 square feet of office, 20,510 square feet of retail and 395 parking spaces. 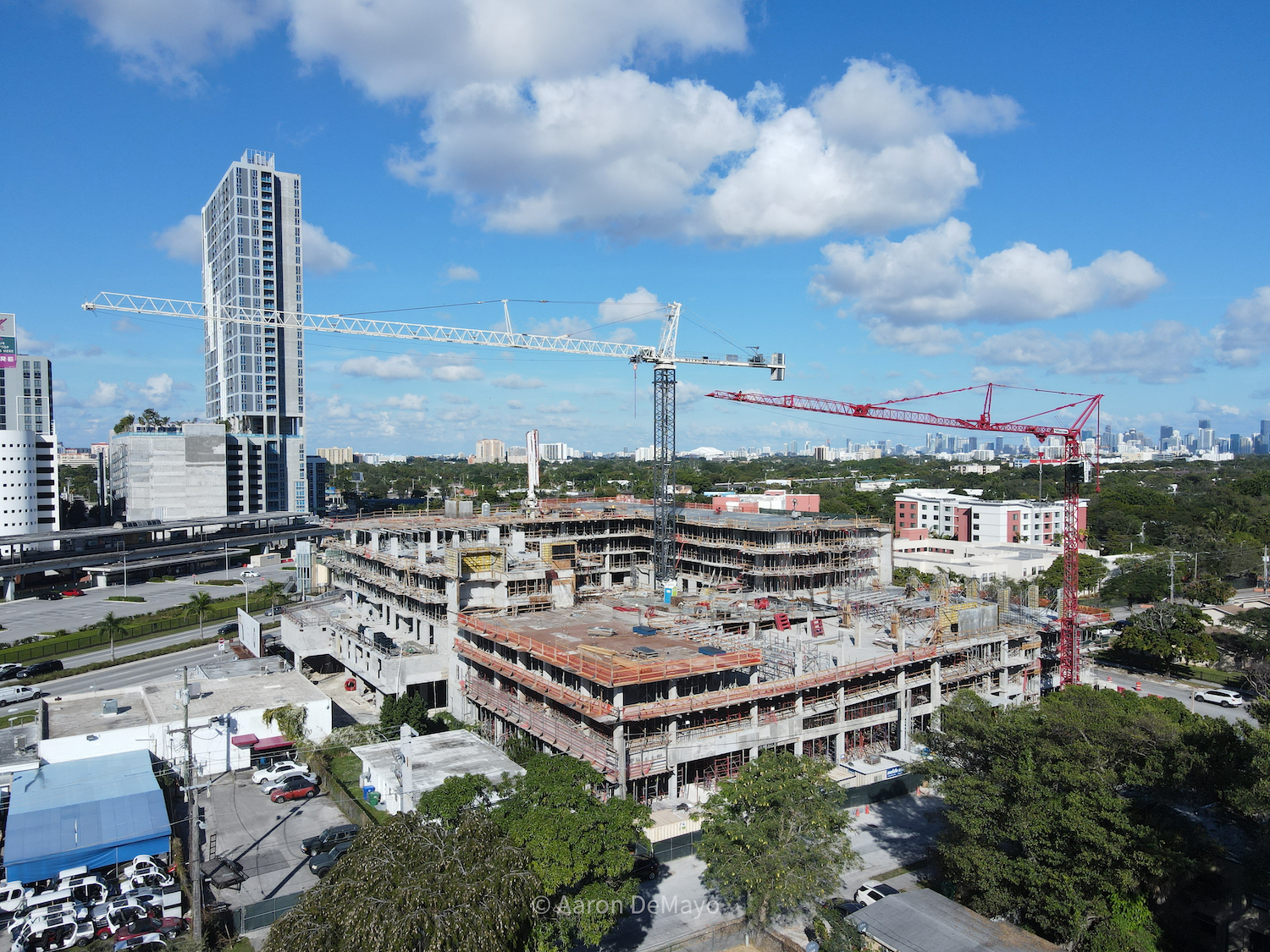 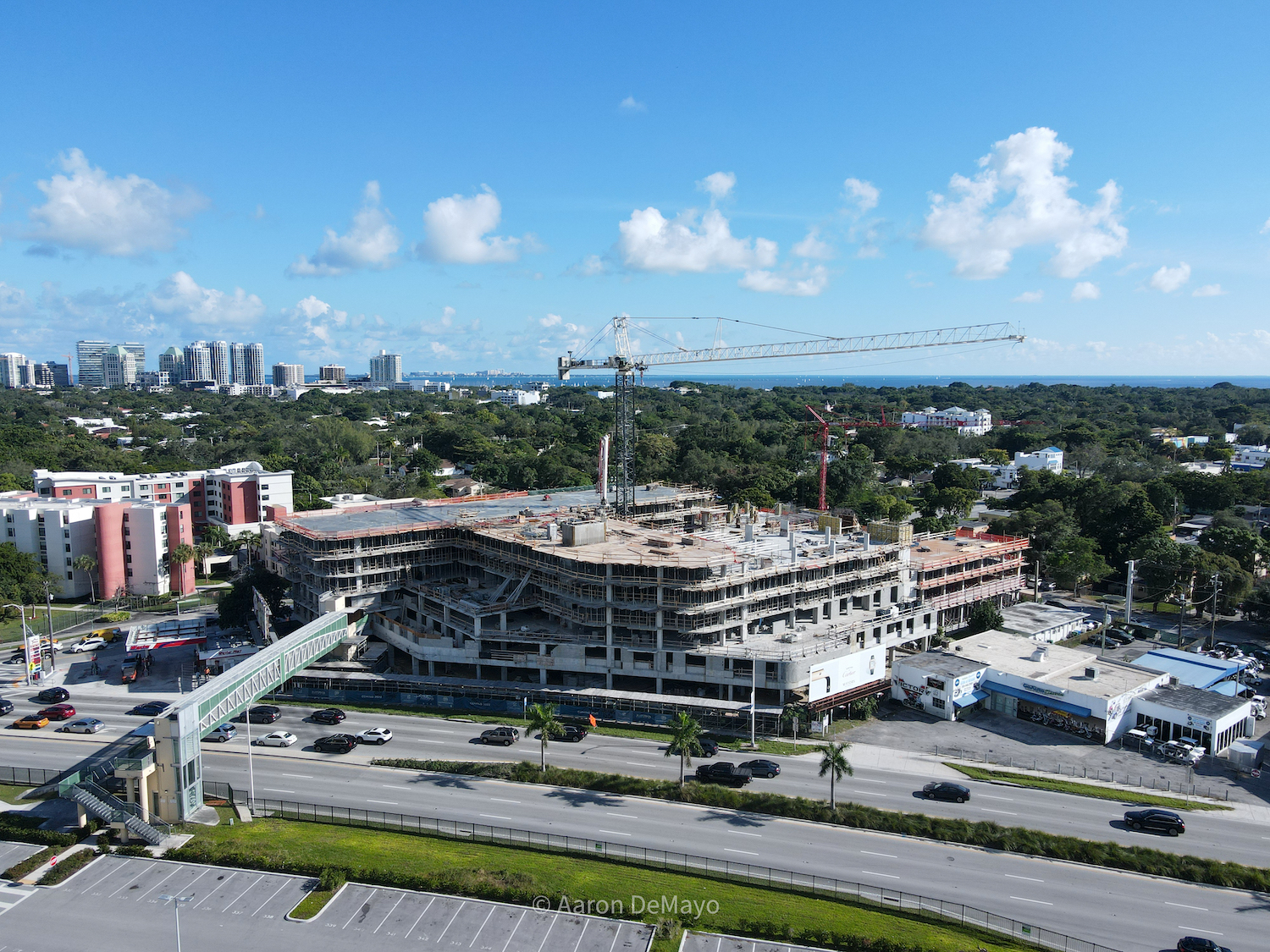 Towards the middle of the image below, the 20-story Shipping Avenue Apartments project at 3811 Shipping Avenue is seen on the rise with the concrete superstructure nearing the halfway mark. The building is designed by Arquitectonica and is being developed by Mast Capital, projected to yield 385,961 square feet of space including 254 residential units, 10,000 square feet of amenities, 825 square feet commercial space and 319 parking spaces. YIMBY predicts the project could reach completion early 2023. 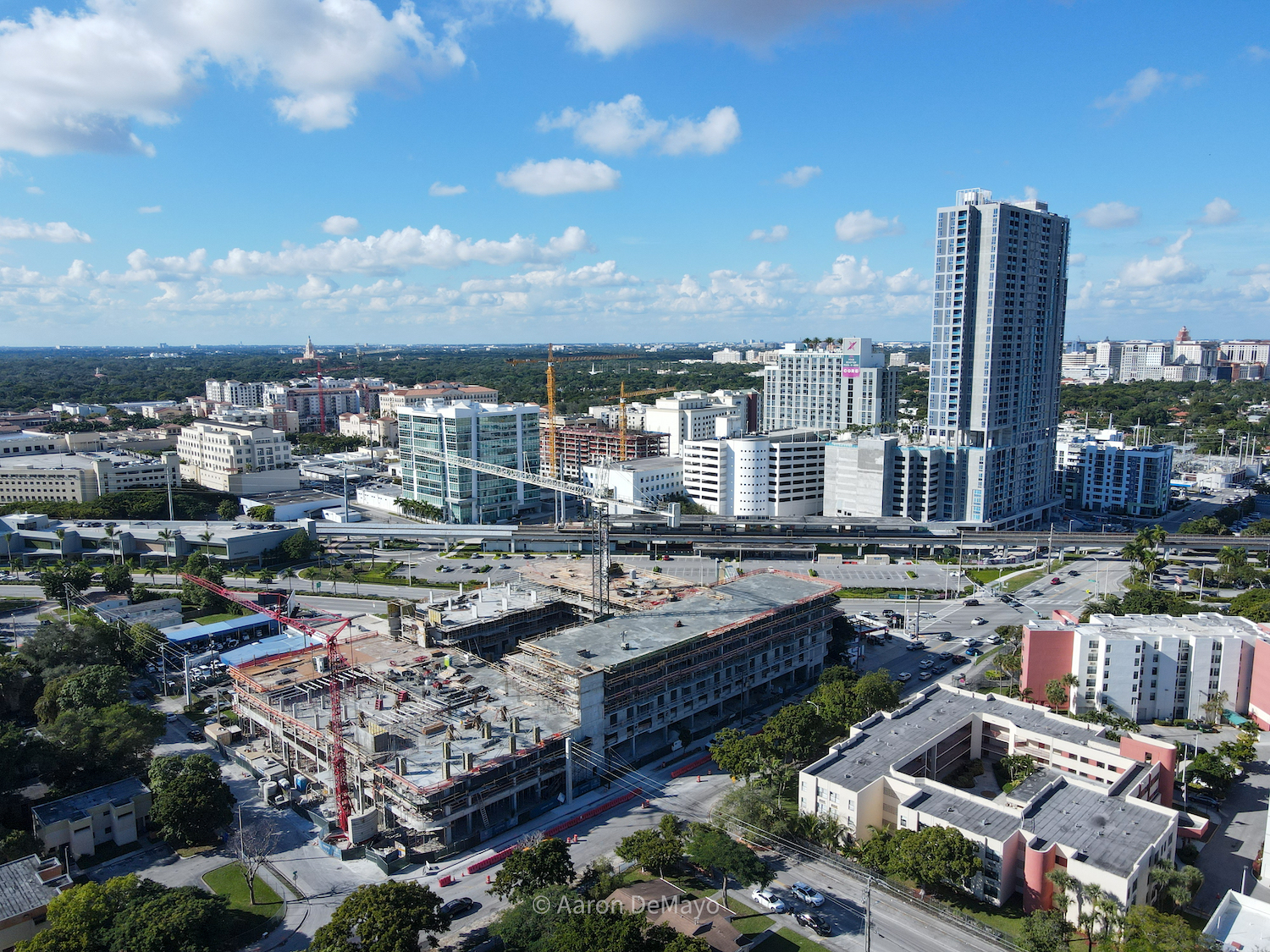 Further south along South Dixie Highway is the next project on our list, The Collection at 125 South Dixie Highway, being developed by Ugo Colombo of the CMC Group and Ken Gorin, President and CEO of The Collection luxury car dealerships. The 500,000-square-foot building will house a Land Rover dealership, expanding the auto brand into Coral Gables. The dealership will feature a 60,935-square-foot showroom and a 40,728-square-foot service station along with a car wash. The concrete structure is already fully formed and is now undergoing exterior work. 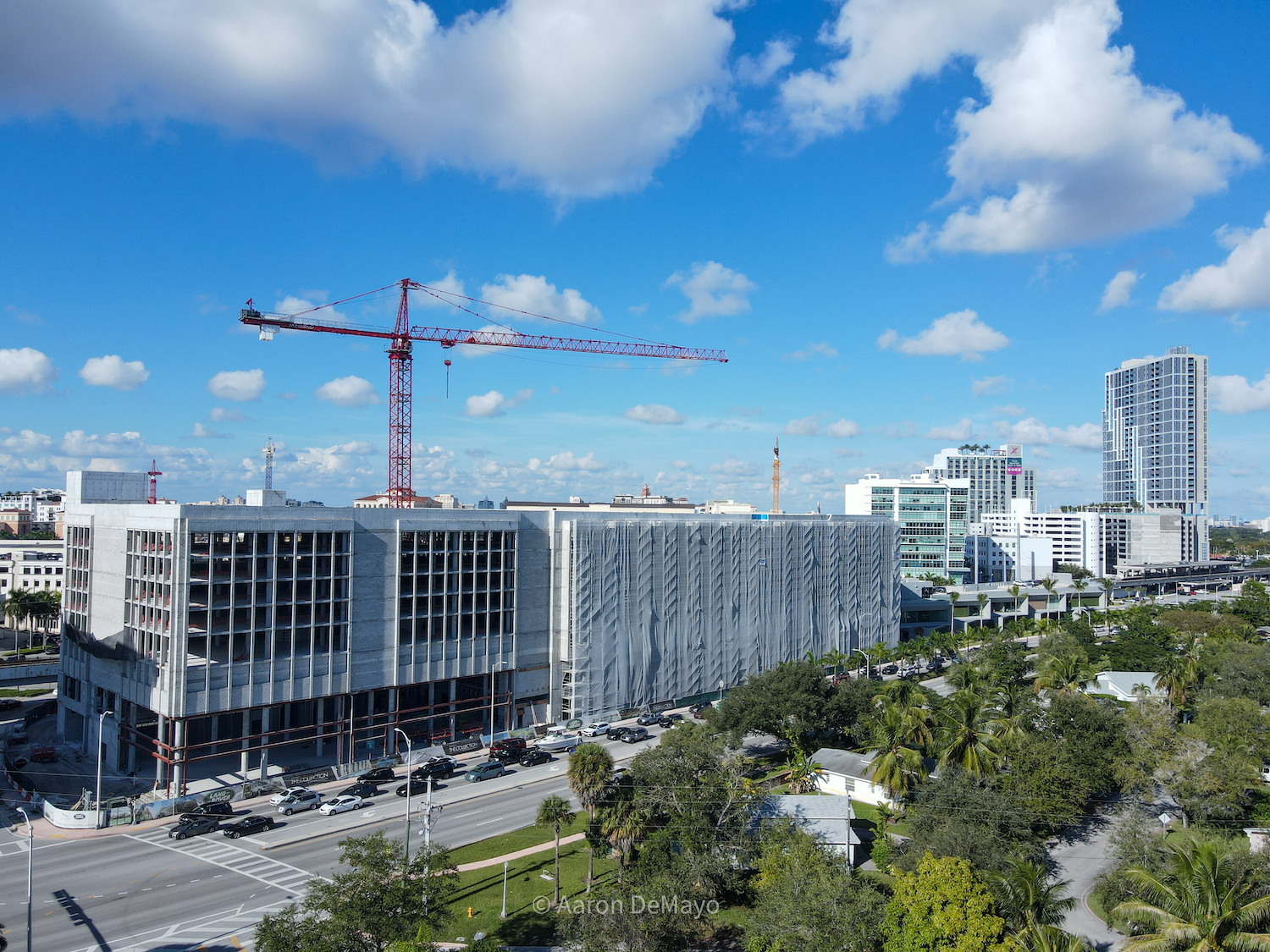 The Collection under construction. Photo by Aaron DeMayo. (@aaron_demayo) 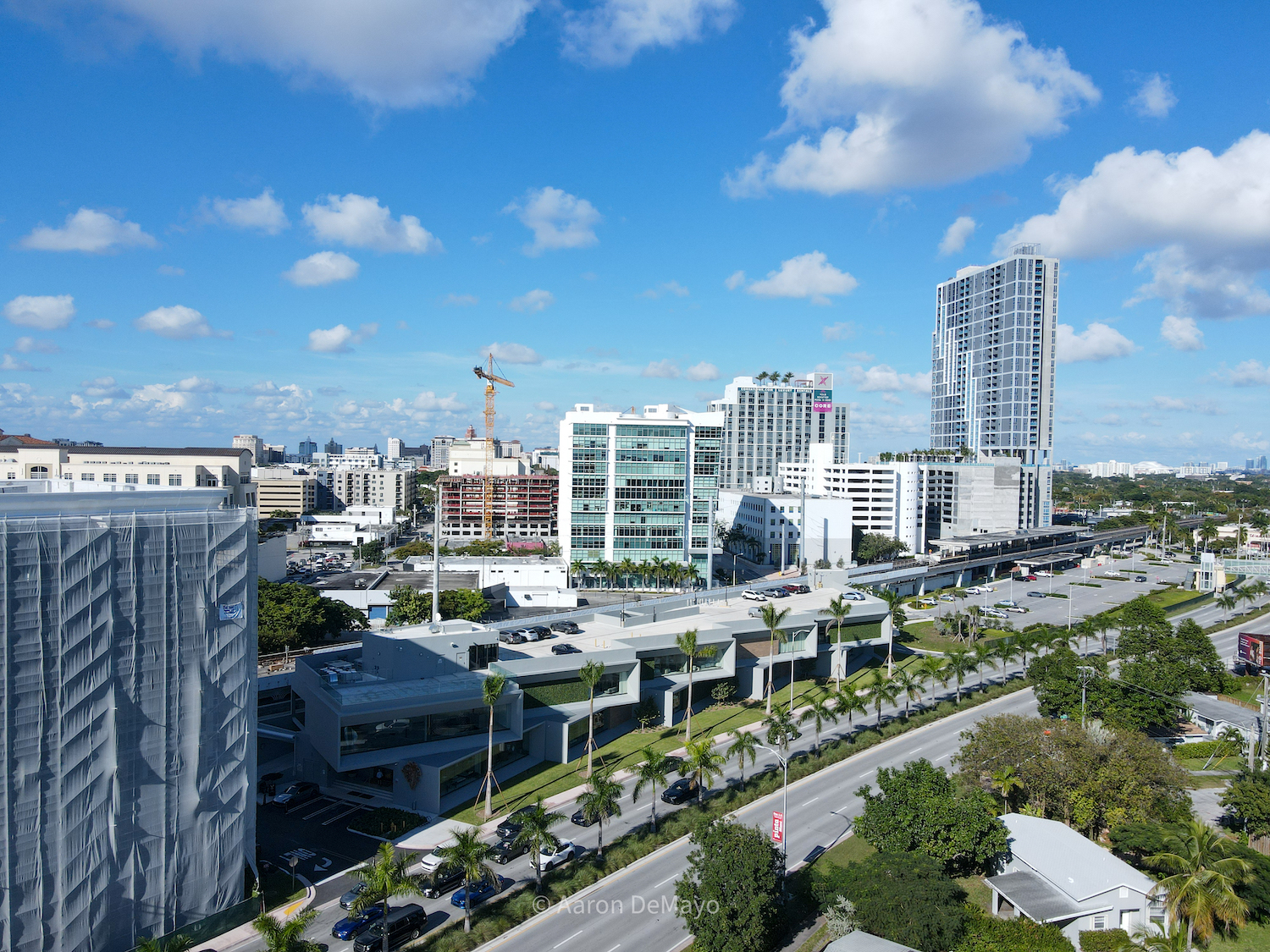 The Watermark at Coral Gables has made substantial progress at 363 Granello Avenue across from Gables Ponce. Exterior work appears to be underway, noted with the white plaster along some of the concrete walls, likely for water proofing purposes. The project is being developed by ZOM Living and Watermark Retirement Communities and will serve as an 8-story 8-story Class AA luxury senior living community situated immediately next to the Shops at Merrick Park. The Watermark will feature 504 multifamily units and 105,000 square feet of ground floor retail. 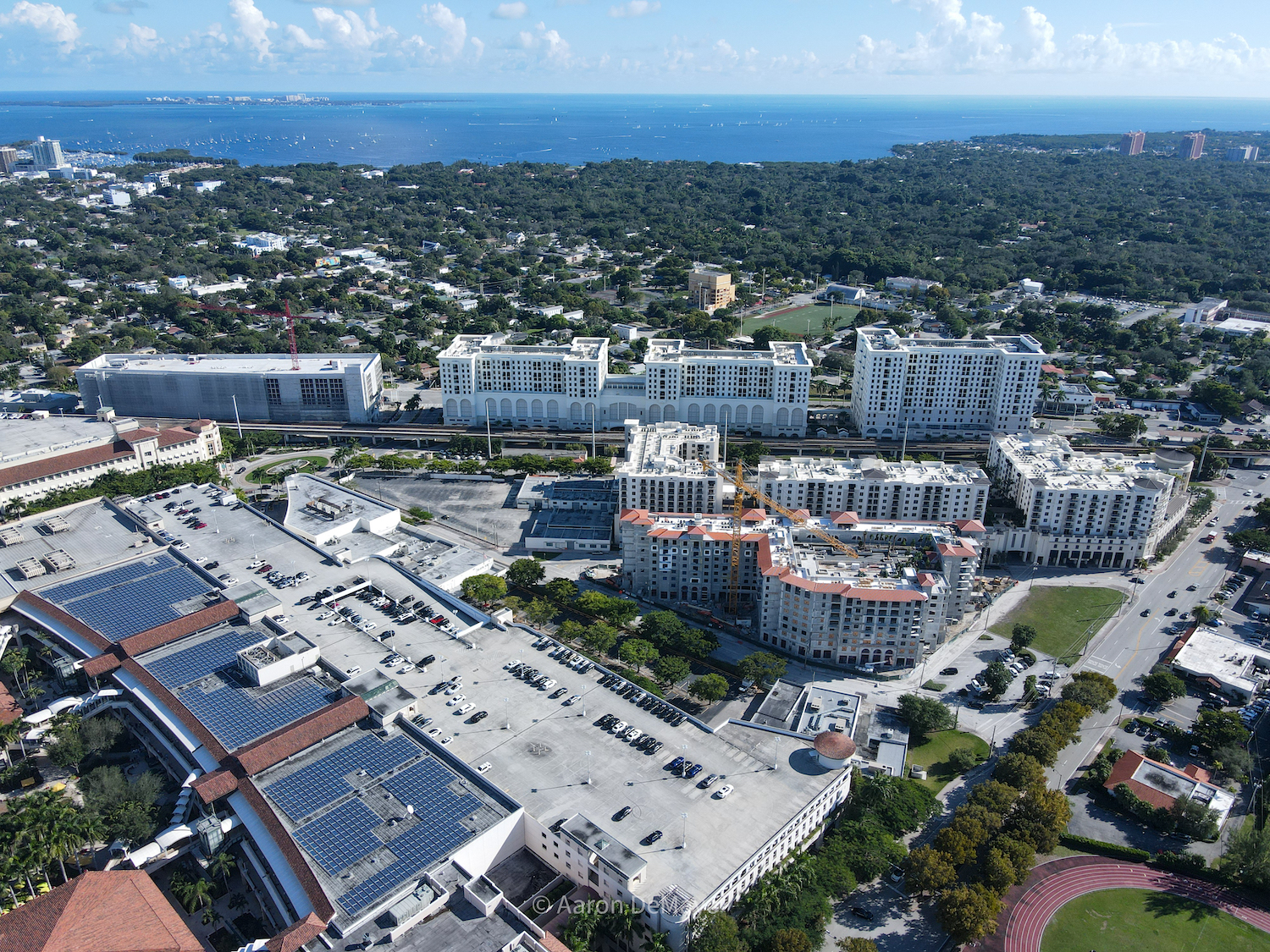 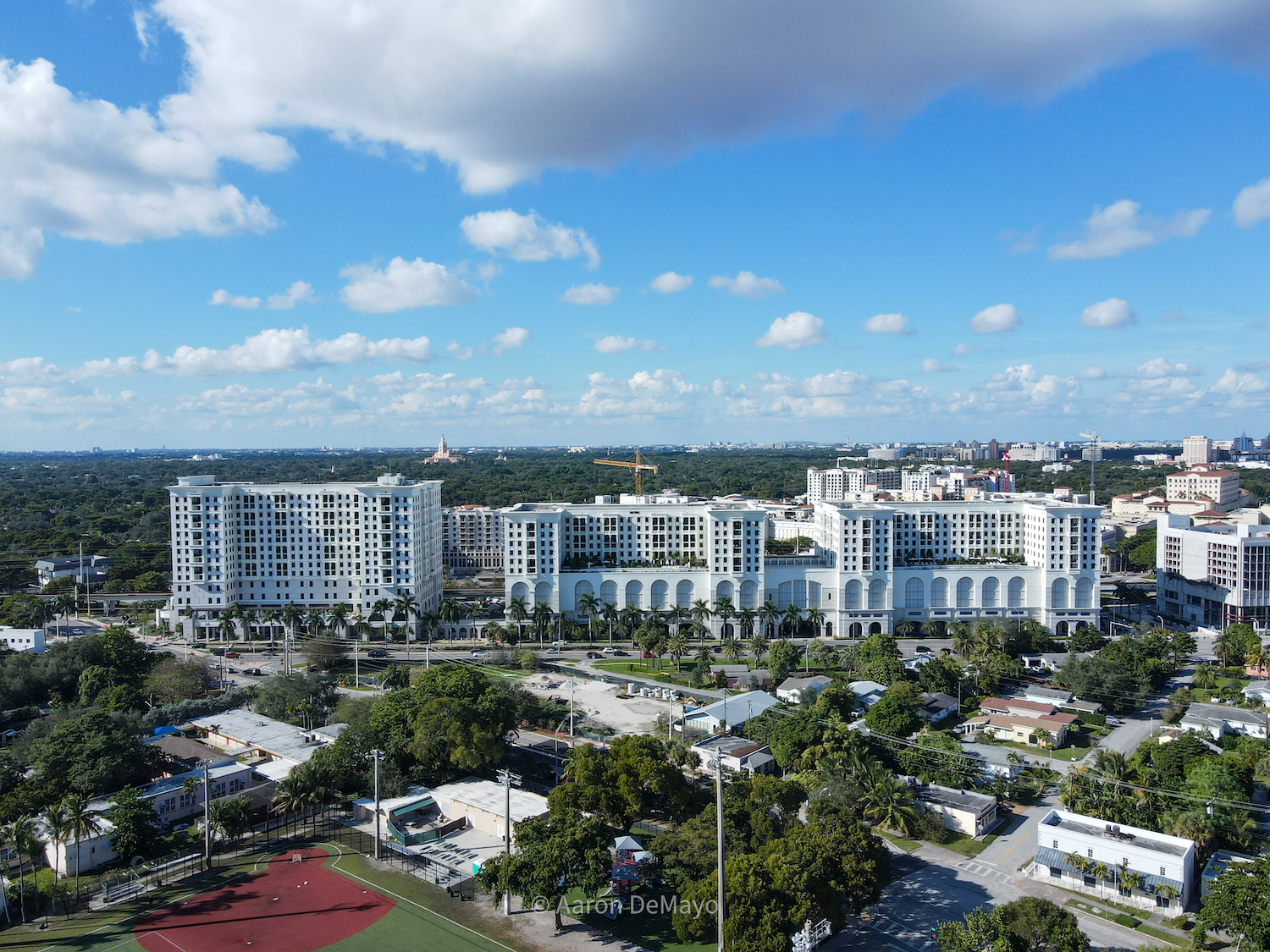 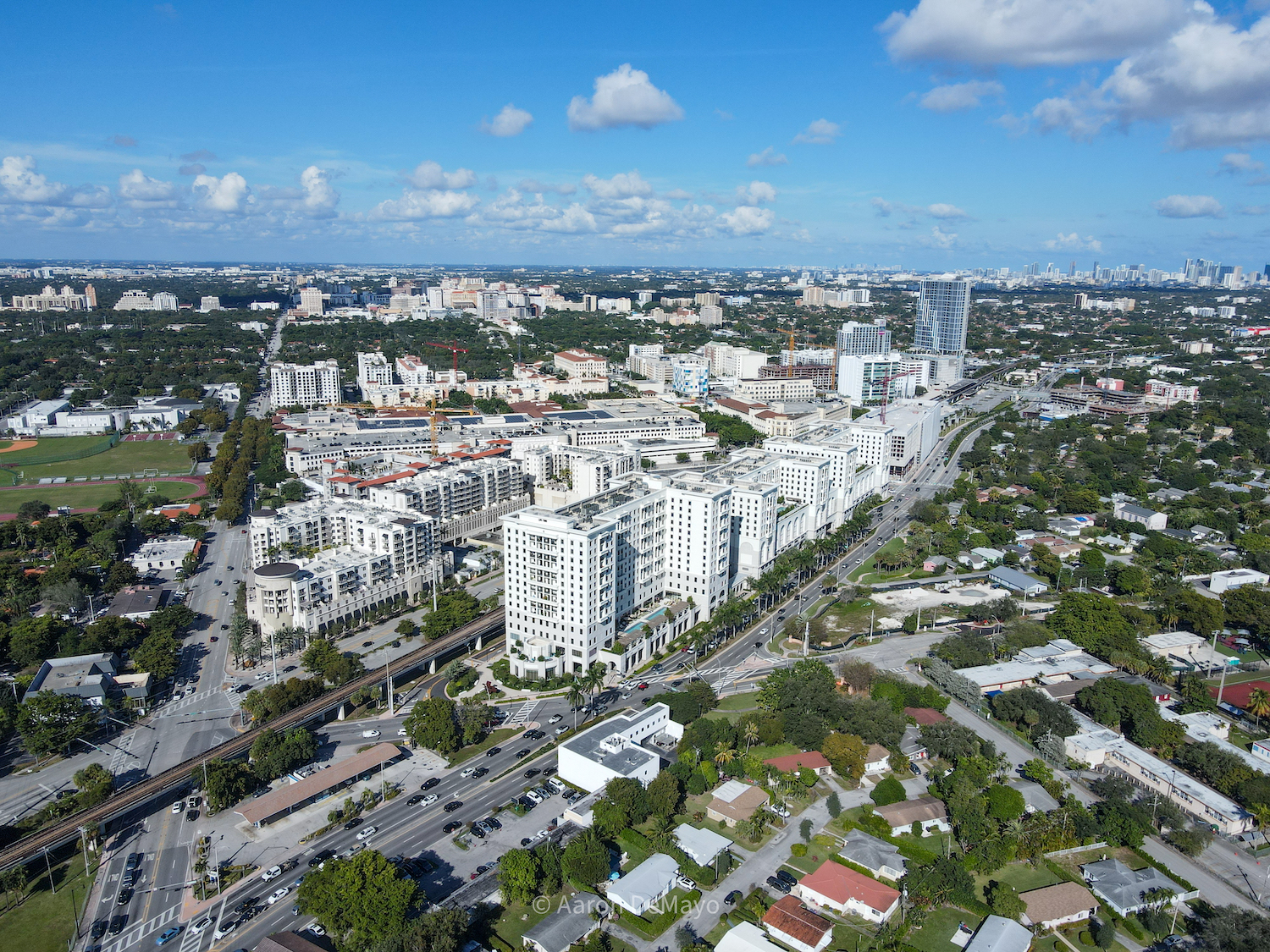 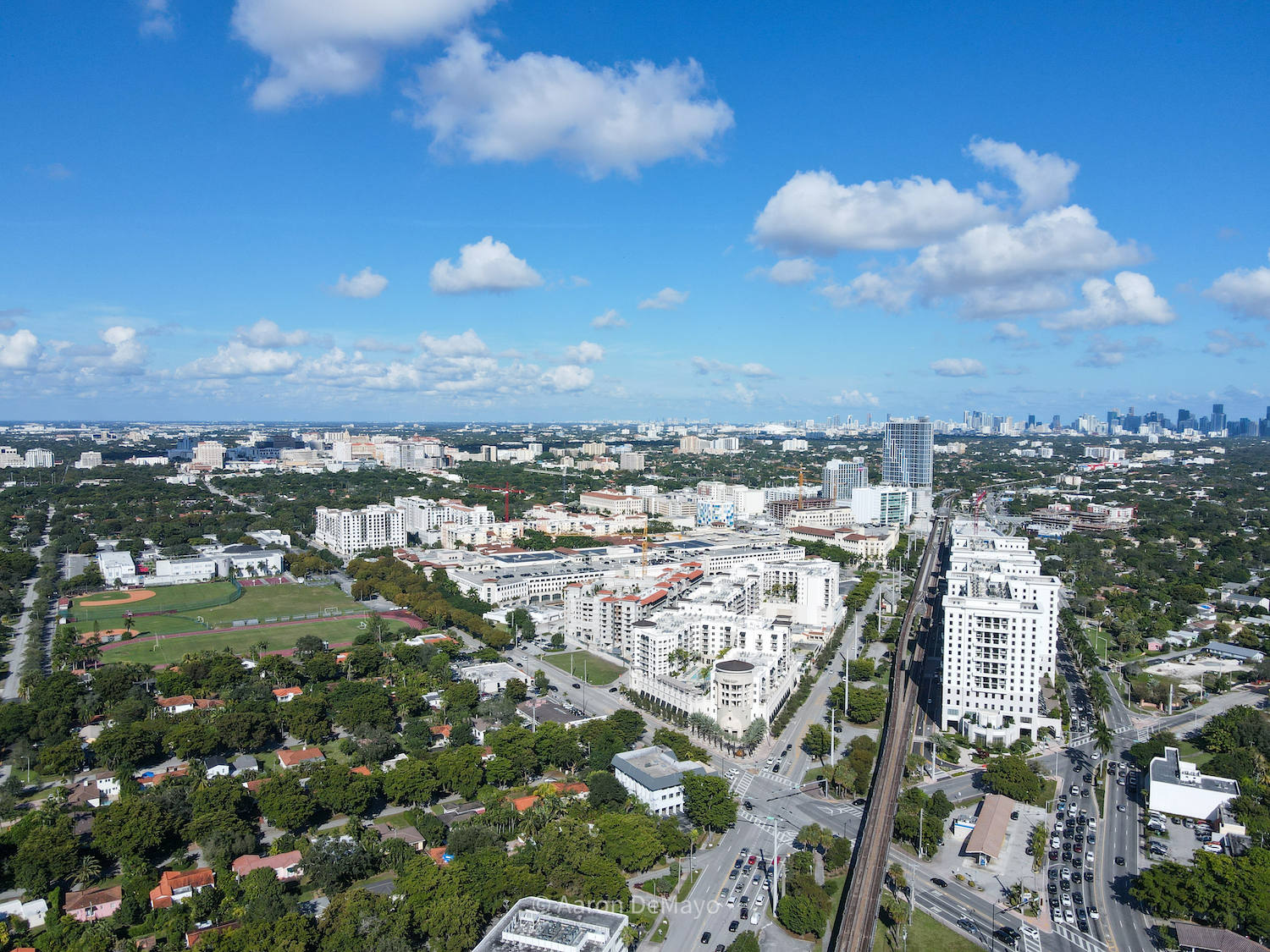 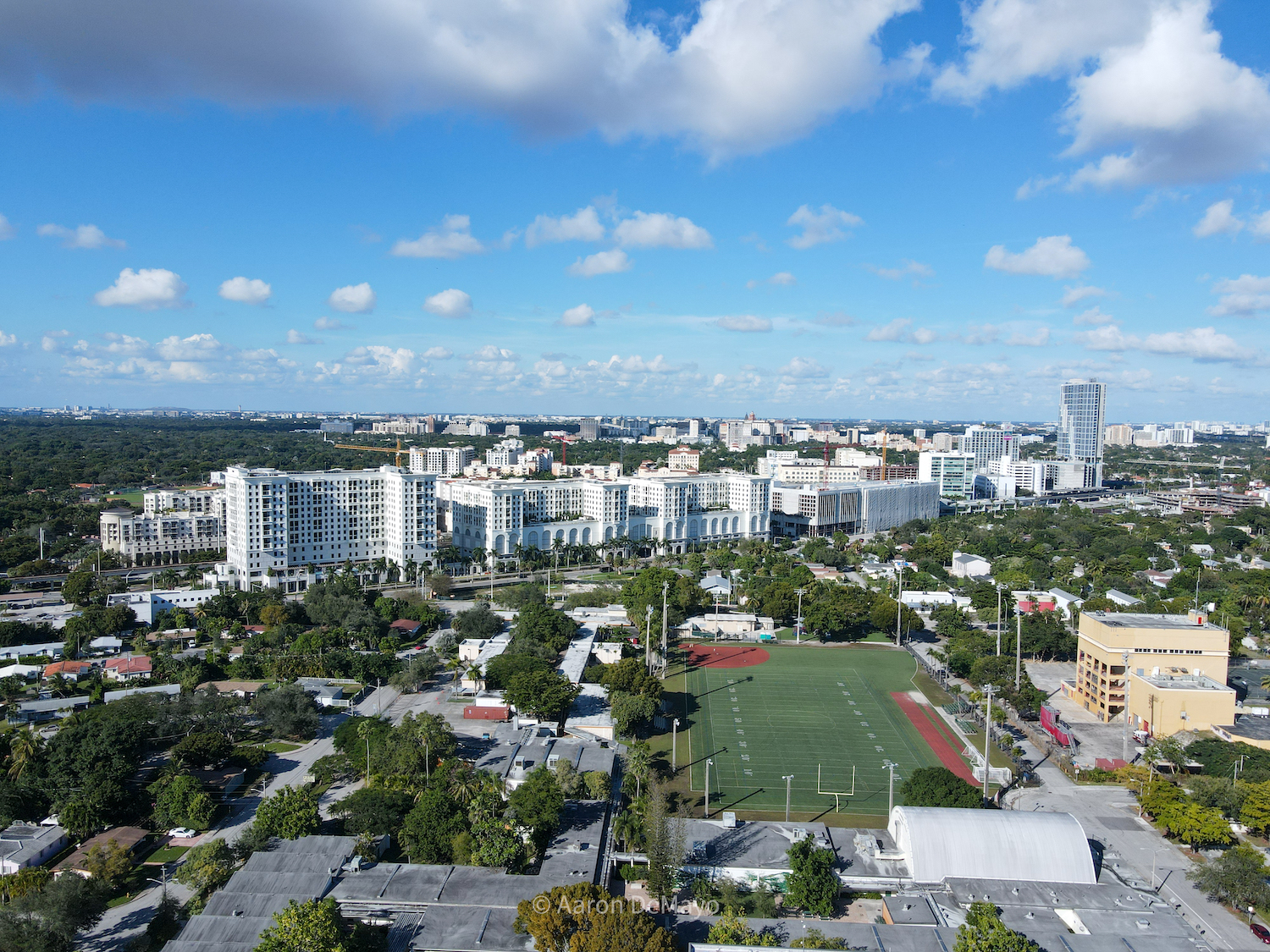 Alta Developers is beginning to go vertical on their 11-story 250 Bird mixed-use project at 250 Bird Road. Concrete columns can be seen being formed in and around the development site in between Aurora Street and Salzedo Street. The project will yield 215 apartments, 10,900 square feet of retail space, and 30,000 square feet of offices. Completion is scheduled for 2023. Behar Font & partners is the architect. 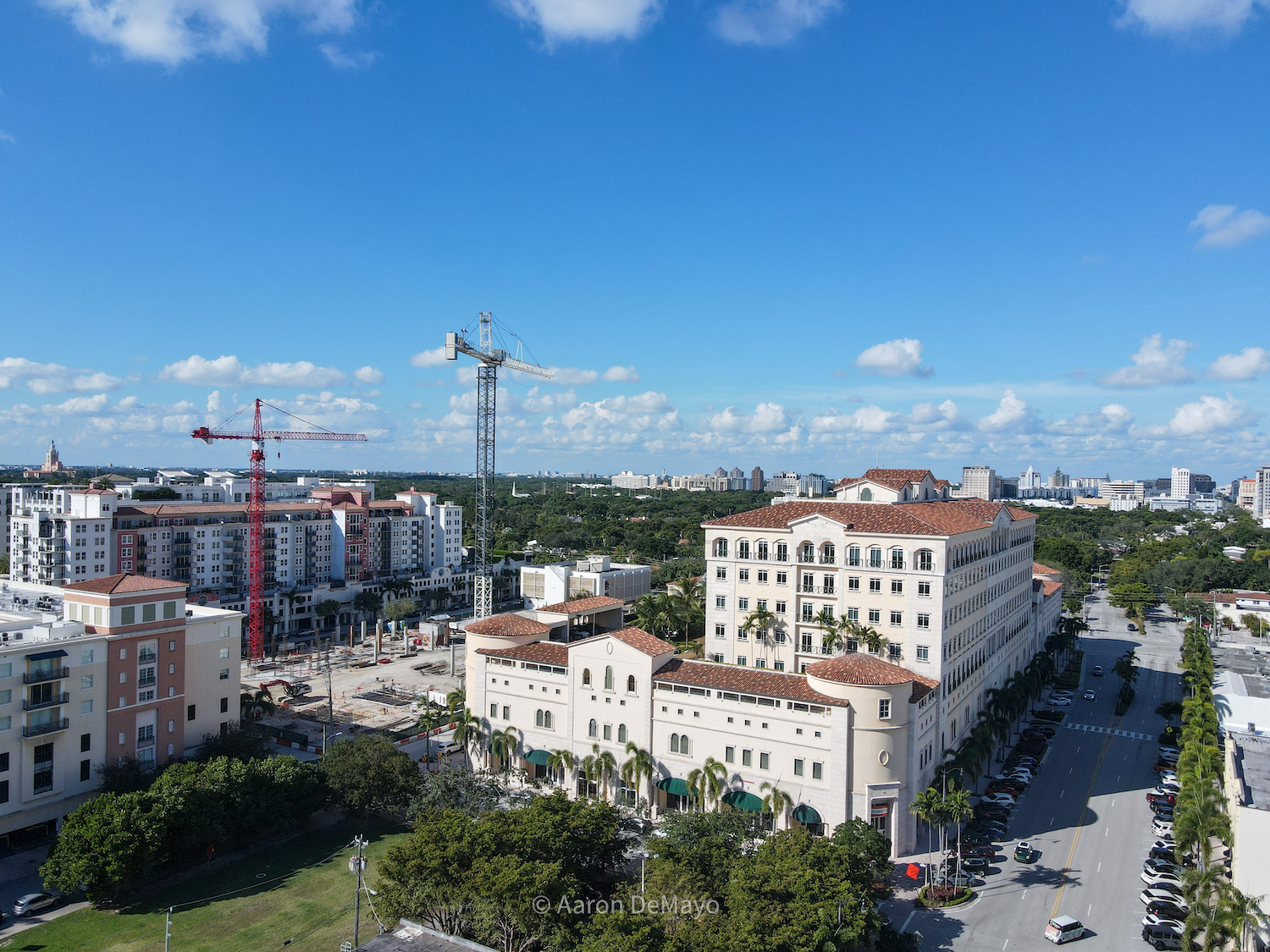 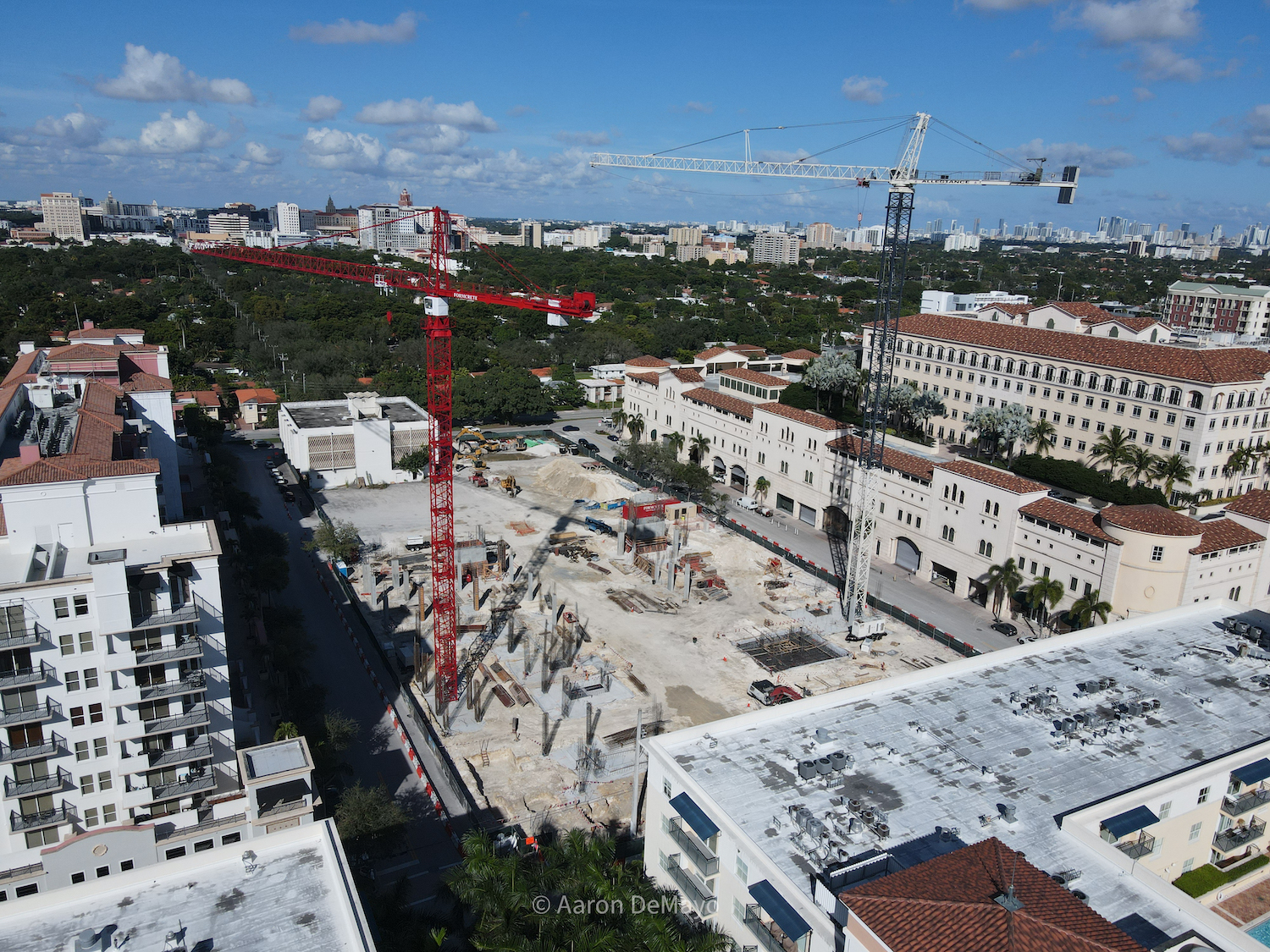