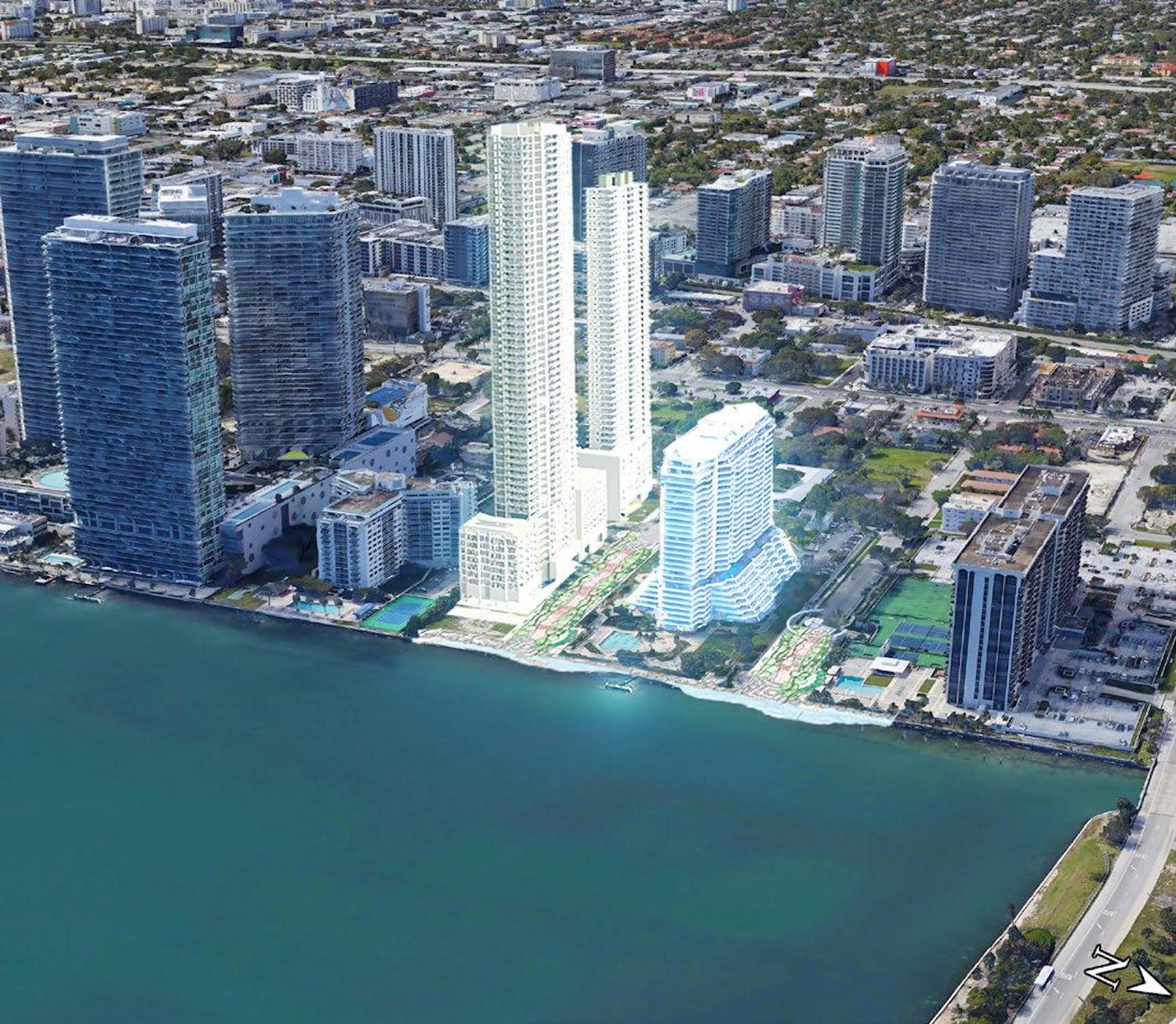 Applications have been filed with the Federal Aviation Administration (FAA) for the construction of a 649-foot-tall building at 640 Northeast 34th Street in the Beverly Point sub-division of Edgewater, Miami. Located at the very end of the street, the interior lot fronts Biscayne Bay and bound by Hamilton On The Bay to the North and Bay Park Towers Condominiums to the South. The two coordinates listed in the applications correspond to a development site currently owned by Denver-based real estate developer Aimco, who also owns Hamilton On The Bay. In their Fall 2021 Investor Presentation, the developer told investors that they completed the purchase of additional properties beside their Hamilton on the Bay apartment tower, which combined will allow for 1.1 million square feet of new construction. 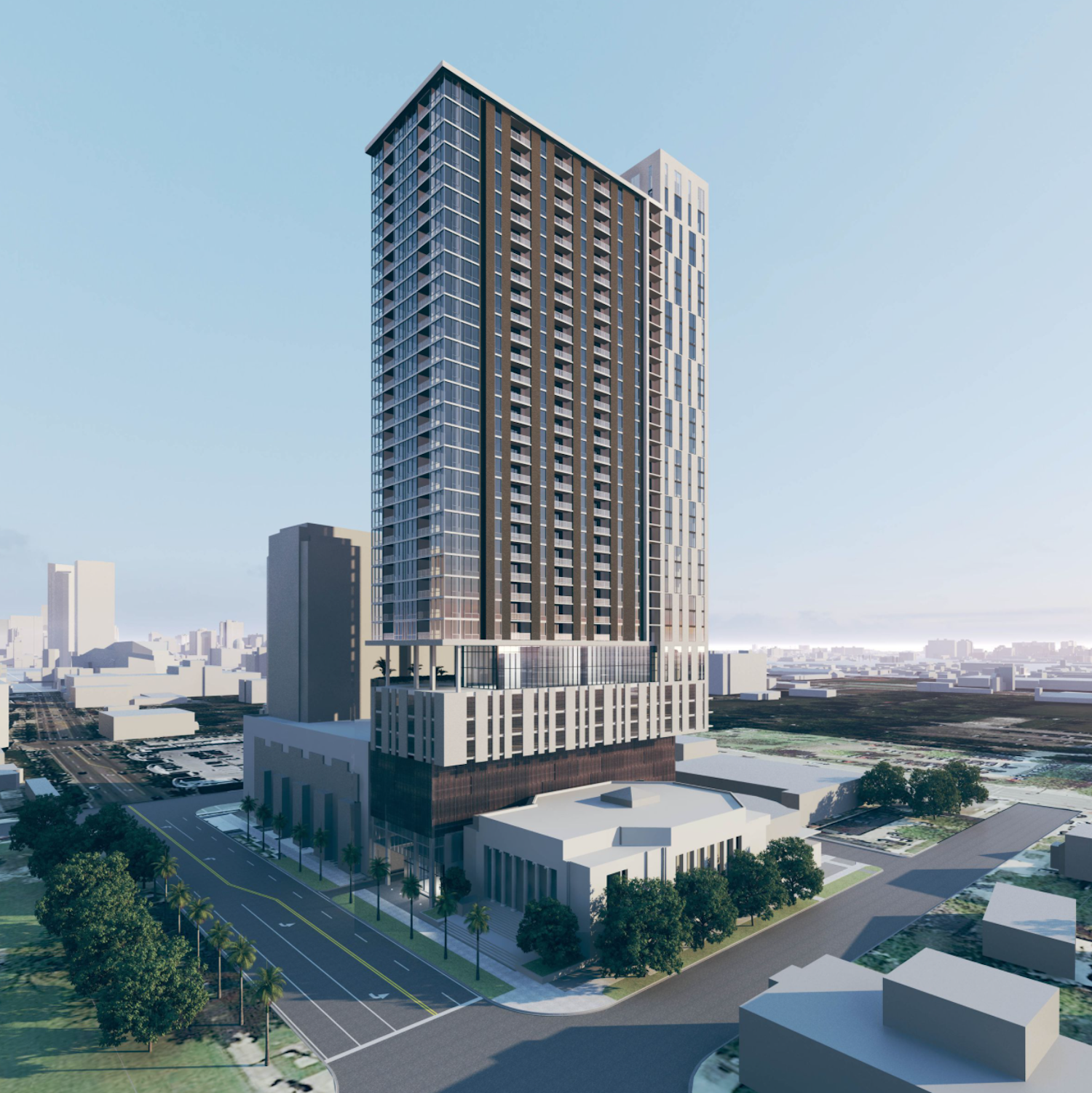 A group of developers are planning on reviving and redeveloping a nearly 1-acre piece of property near the Arts and Entertainment District in Edgewater, Miami. Skylight Real Estate Partners, Panther Capital Management and Arden Group formed a joint venture and purchased 1836 Biscayne Boulevard and 256 Northeast 19th Street from Fifteen Group for $20 million. Plans for the recently purchased site include the construction of a 40-story residential tower and the restoration of the First Church of Christ Scientist structure built in 1926, which would then be converted into over 15,000 square feet of retail. To the developer’s convenience, the property came with approved plans from 2019, allowing them to cut down on time typically spent in the planning stages. 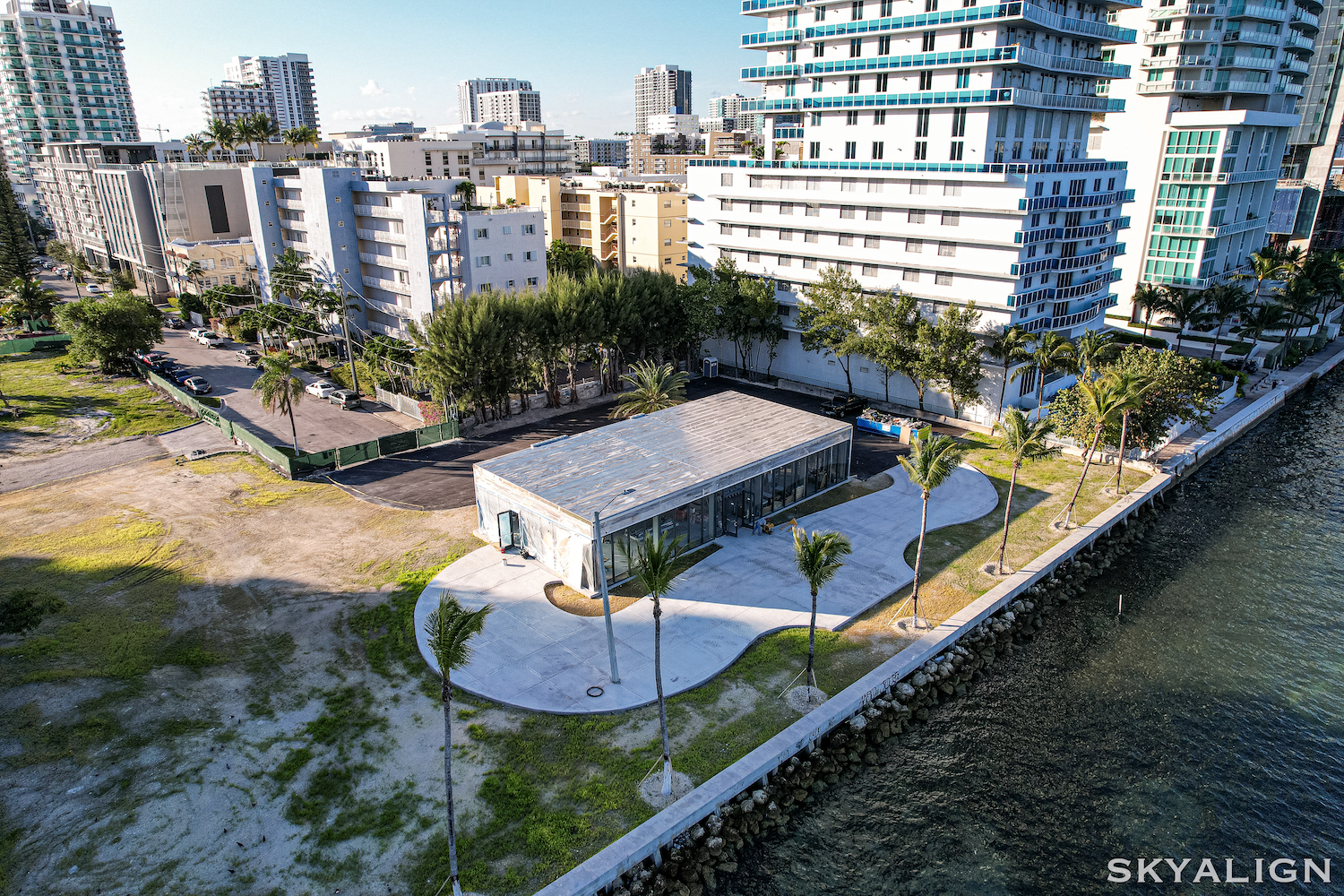 YIMBY checked in on the progress of the sales center under construction at the development site for Melo Group’s upcoming Aria Reserve, a luxury residential project comprised of twin 62-story towers at 700 Northeast 24th Street in Edgewater, Miami. Designed by Miami-based Arquitectonica, both structures will rise 649-feet along Biscayne Bay and yield a combined 782 condominiums featuring interiors by MORADA Haute Furniture Boutique and landscaping by ArquitectonicaGEO. The sales center is being constructed at 725 Northeast 24th Street by the developer’s in-house contractor, Melo Contractors Corp, and should span 3,116 square feet upon completion.

Denver-based real estate developer AIMCO is planning to redevelop an assemblage of properties in Edgewater near Biscayne Bay. In their recent Fall 2021 Investor Presentation, the company told investors that they completed the purchase of additional properties beside their Hamilton on the Bay apartment tower, which combined will allow for 1.1 million square feet of new construction. The assemblage is comprised of 10 plots of land approximately totaling 70,000 square feet, which may give way to two luxury residential towers well over 50 stories, and potentially addressed as 640 Northeast 34th Street. 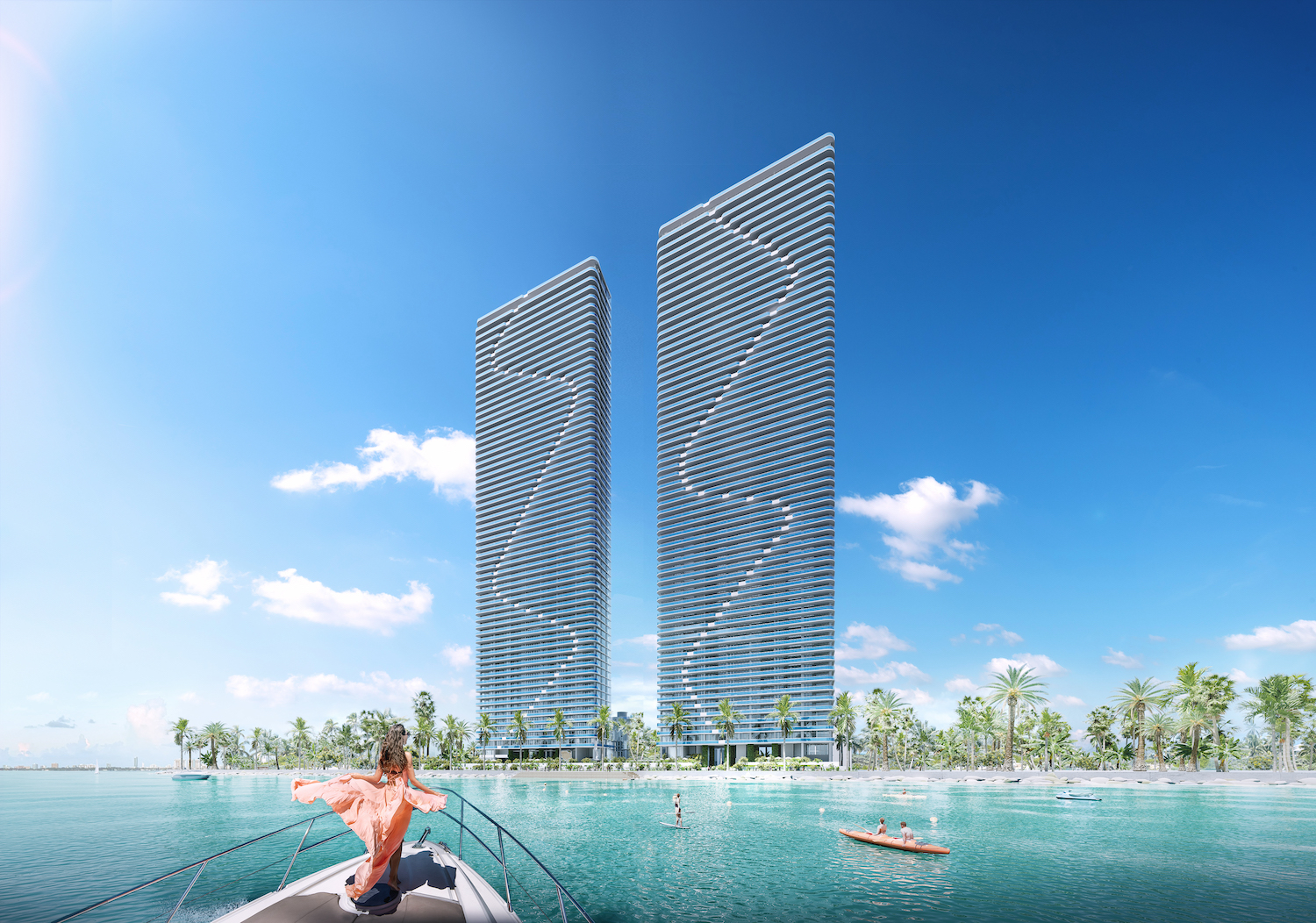 Melo Group has reportedly pre-sold 60% of inventory in under 6 months at the first phase of Aria Reserve, a 782-unit luxury residential development comprised of twin 62-story towers planned to be constructed at 700 Northeast 24th Street in Edgewater Miami. A major contribution to the boost in sales has been the recent lift of travel restrictions, as foreign buyers flock over to South Florida’s red-hot real estate market. Architecturally designed by Bernardo Fort-Brescia of Arquitectonica, with interiors by MORADA Haute Furniture Boutique and lush landscaping by ArquitectonicaGEO, the pair of glass structures will rise 649-feet along Biscayne Bay, and are anticipated to become the tallest twin towers along a water front in the country. The south tower will yield 383 units, and is scheduled to break ground early 2022.

Construction has topped out on 241 West 28th Stree

Work is continuing to take shape on the expansion

Exterior work is continuing to progress on The Ric

Preliminary plans have been revealed in a pre-appl

Exterior work is wrapping up on 212 West 93rd Stre