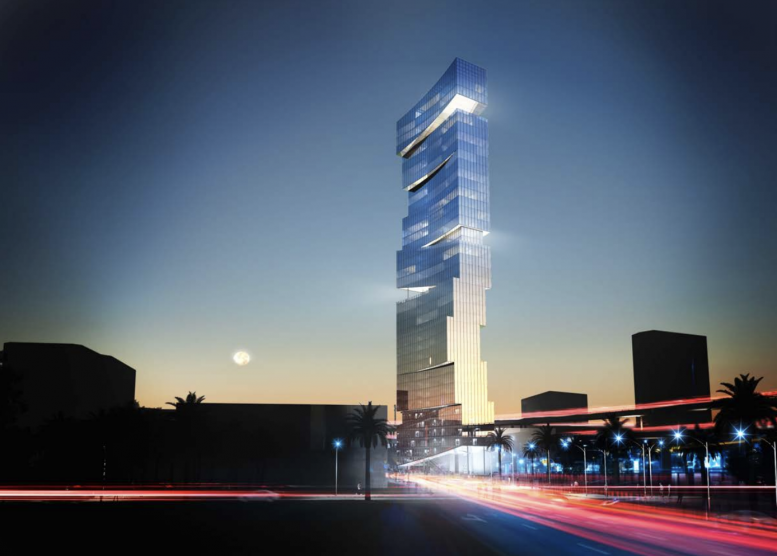 Plans to redevelop the site of an old warehouse at 205 Southwest 3rd Street in Downtown Miami have been in the works for quite some time now. The owner of the property, Blys Plank Inc., a company owned by Sean McCormick, has tapped Jo Palma from renown architectural firm PALMA, currently pursuing the new Joint Government Center In Fort Lauderdale, to design a 36-story mixed-use glass skyscraper called The Basel, which is set to rise in to the skyline and over the Interstate 95. The developer, who’s owned the site since the early 1970’s, looks to bring this project to life through a joint venture, as the property is located within what is deemed as an opportunity zone. 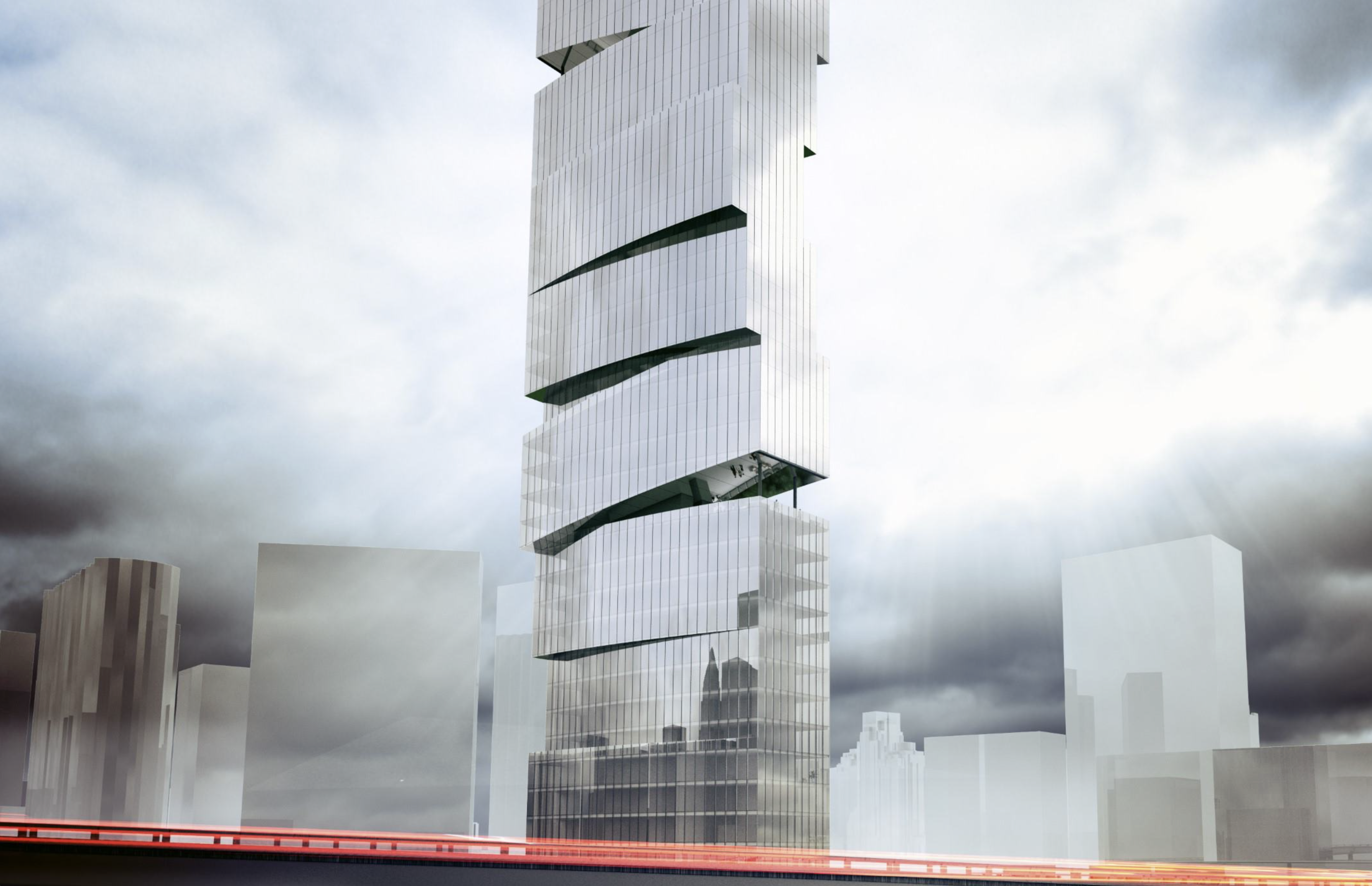 Renderings from PALMA reveal the striking design proposal for the tower. The superstructure consists of multiple offset and slipping volumes stacked upon each other, and clad in large glass floor-to-ceiling windows serving as the curtain walls. The glass panels of facade are aligned in a sloping manner at certain sections and elevations. The offset slipping forms of each volume allow for maximum and optimal unobstructed views of Downtown Miami’s skyline and beyond, as the design for the tower easily distinguishes itself from the surrounding structures and becoming a signature iconic building within the evolving cityscape. 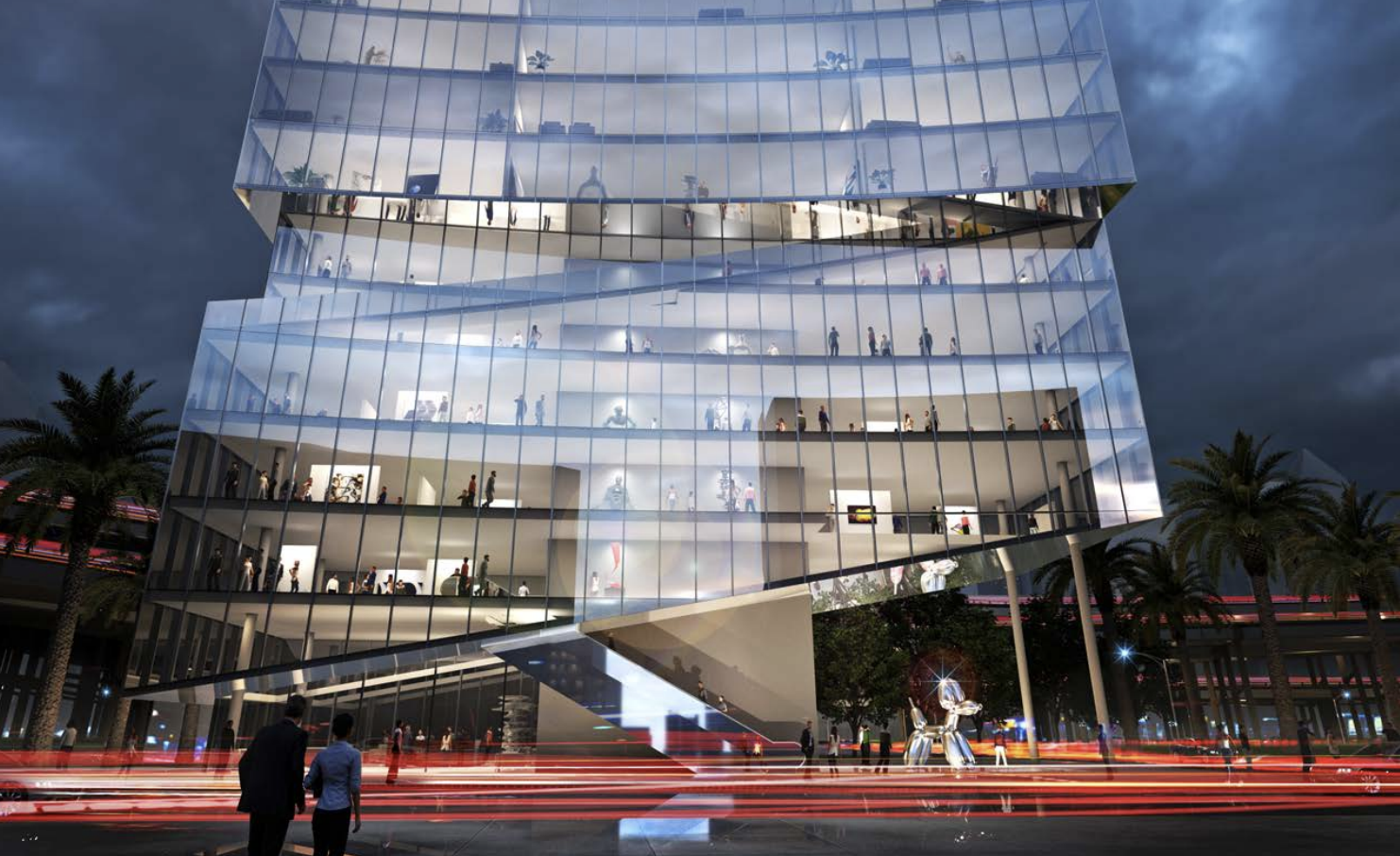 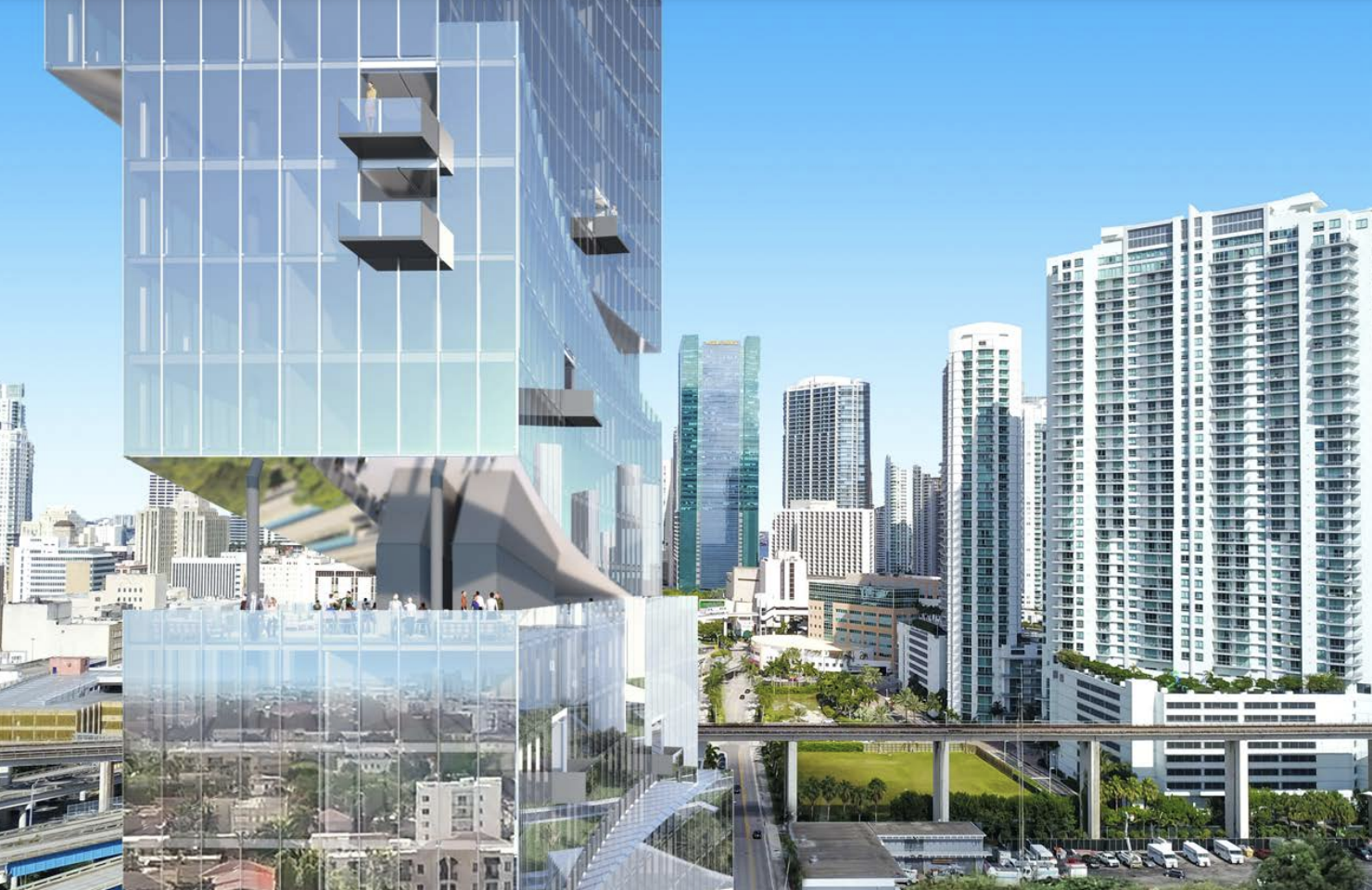 The Basel is planned to serve multiple purpose and potentially yielding 200,000 square feet of space; a modern art gallery and artists studios is to occupy the tower’s base and podium levels. Above the base will be a 65,000-square-foot boutique hotel, 110,500 square feet of residential space. Plans for office space could also be in the works. According to the developer, the project could cost up to $100 million.

Conceptual renderings are from 2018.

The project is still in conceptual and planning stages.