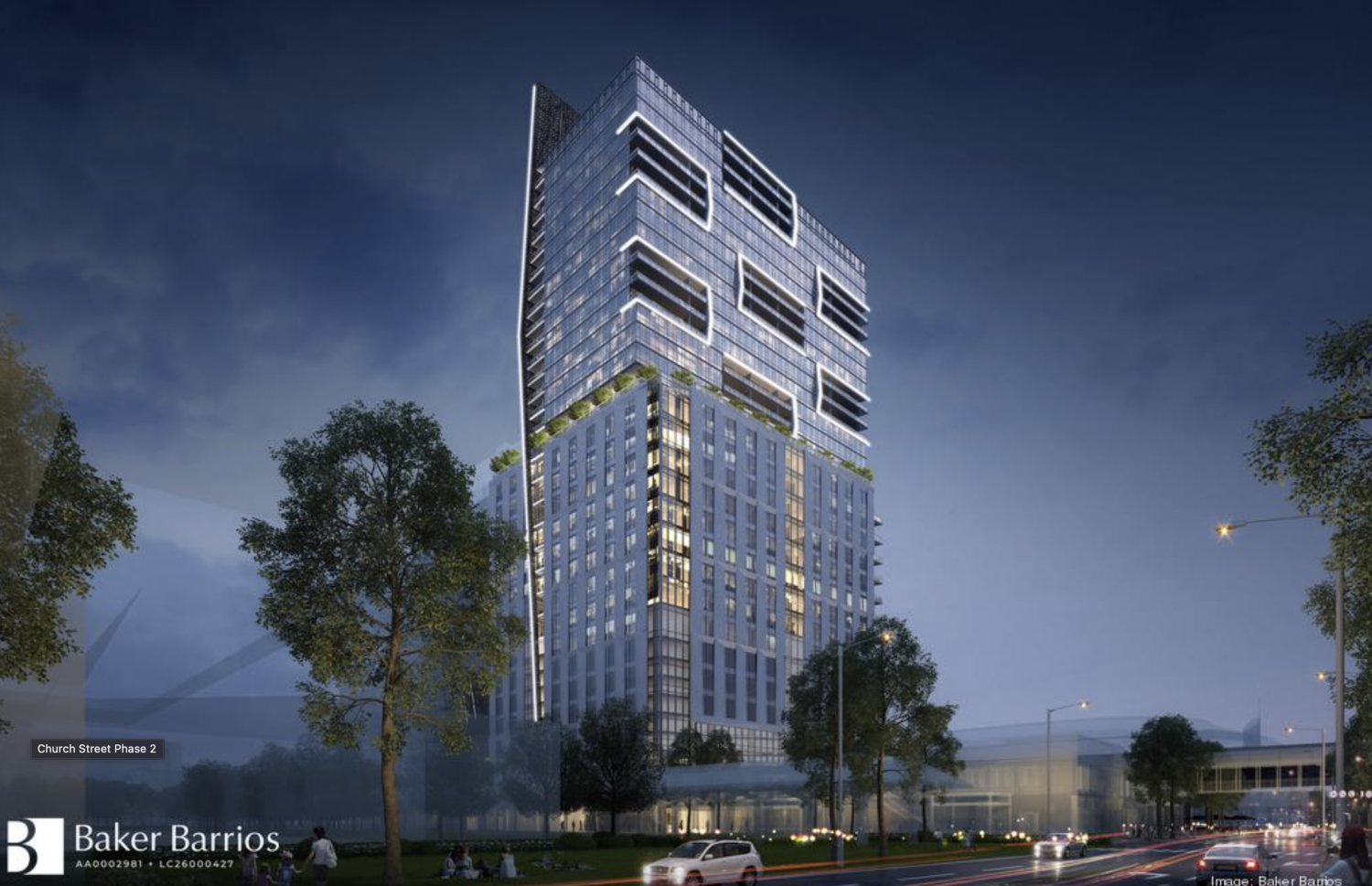 Orlando’s urban core is poised to see new large scale developments as Dallas-based real estate developer Lincoln Property Company may soon begin construction on  The Edge, a 34-story mixed-use skyscraper set to rise approximately 400-feet over the Downtown area some time during the fourth quarter of this year. The tower is expected to rise at 225 South Garland Avenue, just north of the developer’s 28-story SunTrust Plaza completed in 2020, replacing the former club/venue replacing the former Ballroom at Church Street Station. Designed by architect Baker Barrios, the project will yield 230 residential units, 200,000 square feet of office space and 4,000 square feet of retail.

Renderings have been published for a three-tower a

Below is a rendering looking south at the edifice

Construction has resumed on H Hotel W39, a 29-stor

Sales have launched for residences at 400 Central,

Construction has topped out on Parcel F, a 57-stor

Construction is now underway on the final tower of

New renderings have been revealed for The Cortland