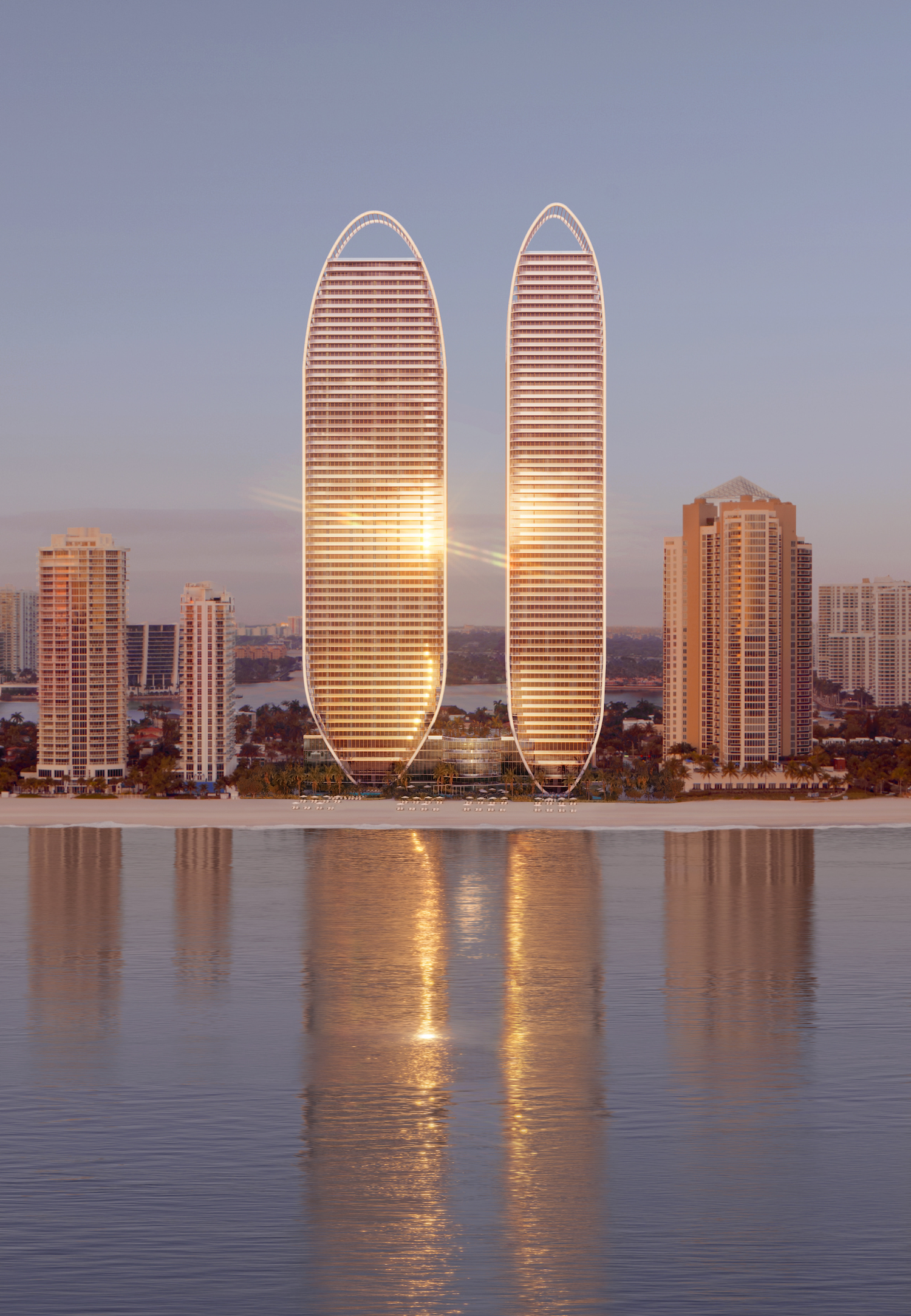 Fortune International Group and Château Group have officially announced the highly-anticipated St. Regis Residences in Sunny Isles Beach, an oceanfront ultra-luxury residential development comprised of two standalone 62-story towers planned to rise at 18801 Collins Avenue. Designed by global architecture firm Arquitectonica with interiors by São Paulo-based Anastassiadis and landscaping by EDSA, the development will be situated on 435 linear feet of waterfront property with panoramic views of both the Atlantic Ocean and Intracoastal Waterway. The South Tower will be the first to enter the market with 194 residences ranging from two-to-four bedrooms and including penthouses. With development sales that have consistently outpaced the rest of the area’s ultra-luxury condominium market, the project is yet another success story from the renowned partnership of Fortune International Group and Château Group. 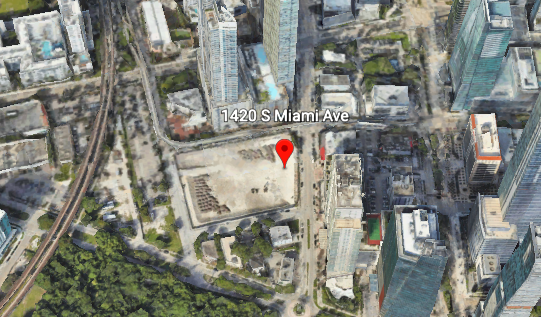 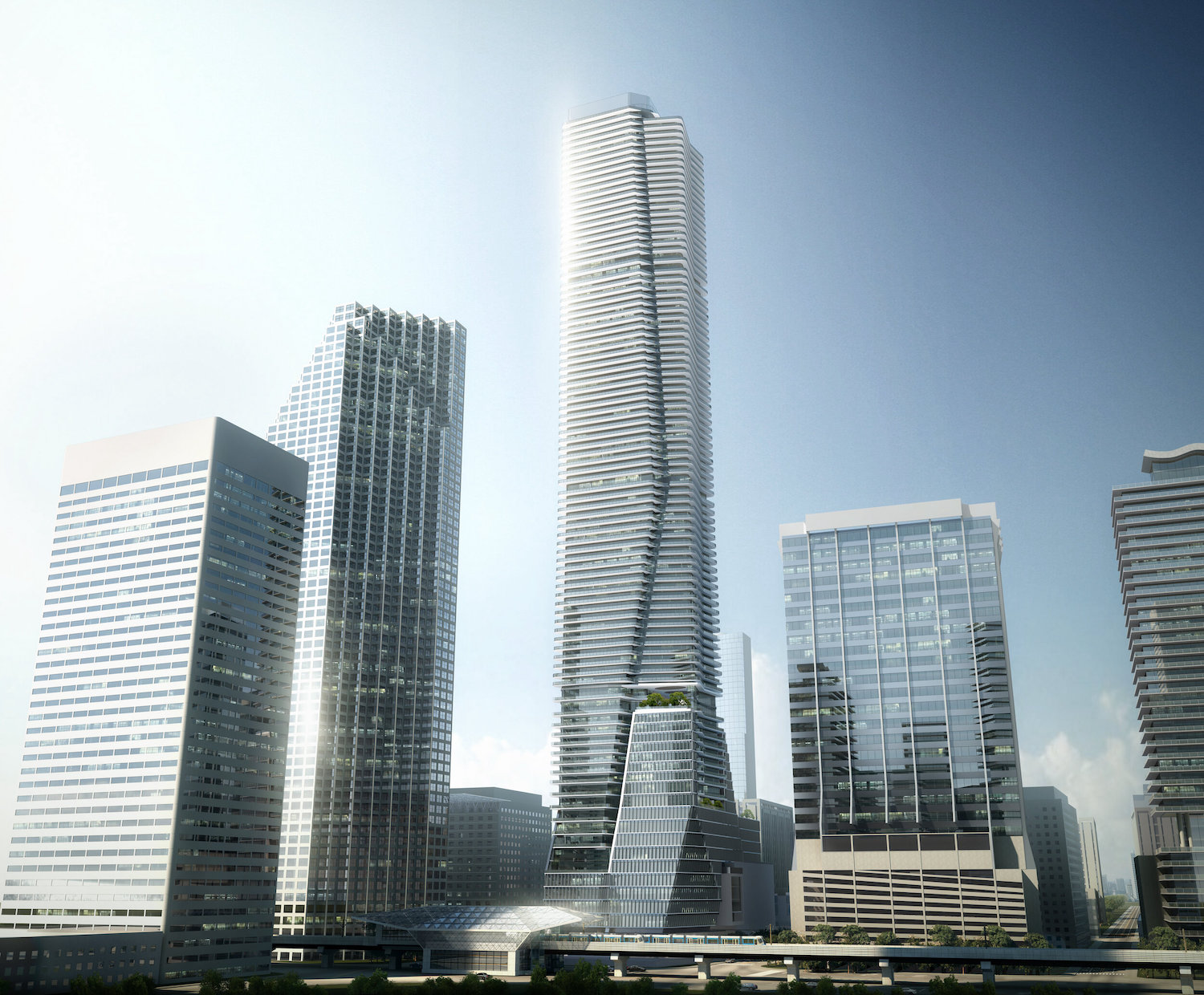 ODP Architecture & Design has released new renderings of One Bayfront Plaza, a planned mixed-use supertall skyscraper projected to rise well over 1,000-feet at 100 South Biscayne Boulevard in Downtown Miami. The renderings were first spotted on the architects official website, listed as an ‘on-going’ 2,015,457-square-foot building of mixed-uses, meaning the design may not final just yet. Nonetheless, the new design is a major update from the previous iteration from Kohn Pedersen Fox approved in 2017. The 2.26-acre property is owned by Northwestern Capital Corporation, an affiliate of Florida East Coast Realty led by Tibor Hollo, who developed Miami’s current tallest building – the 868-foot-tall Panorama Tower. The new building will rise from the site of an existing 19-story, 530,000-square-foot office tower, built in 1958. The developer plans to demolish the structure, but demolition permits have yet to be filed for the site. 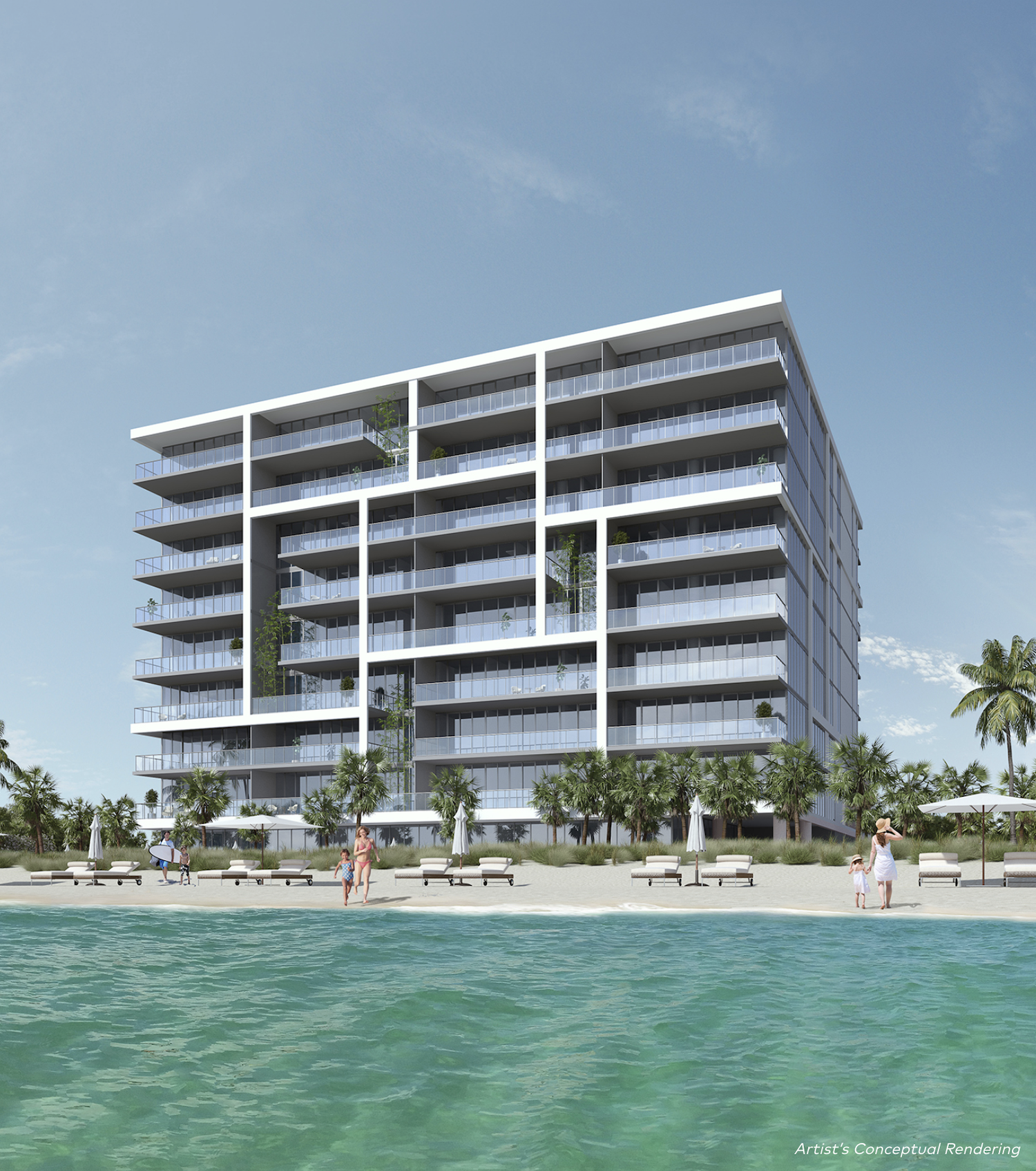 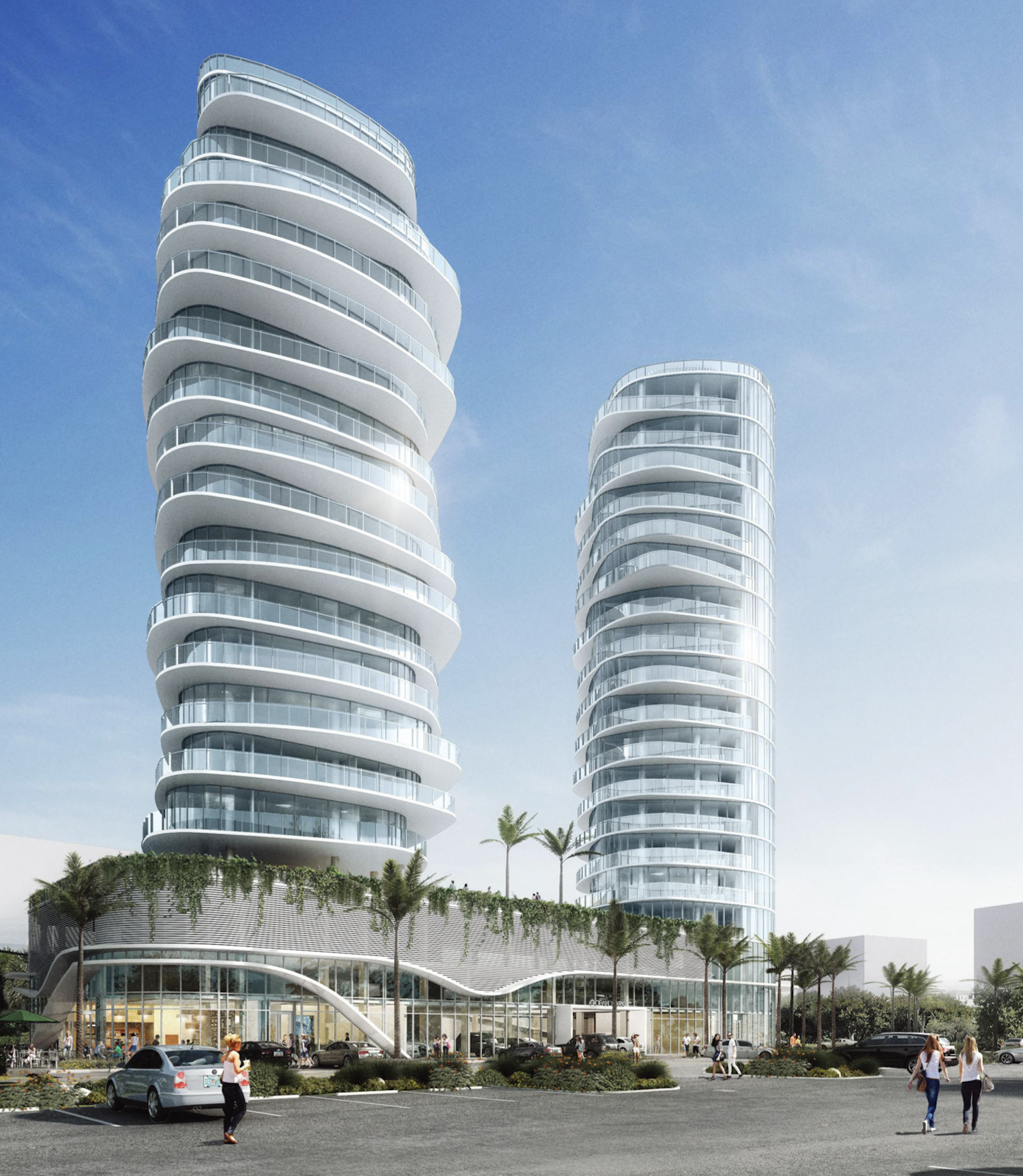 Today, the Development Review Committee of the City of Pompano Beach will consider a major site plan review for Ocean Park Beach Residences, a two-towered luxury residential building proposed to rise 19-stories at 1508 North Ocean Boulevard. Designed by G3aec and developed by Mount Vernon Property Holdings, LLC, an affiliate of Strategic Properties led by founder Tomas Sinisterra, the development is proposed to yield 28 luxury condominium dwelling units and approximately 3,044 square feet of commercial space. The vacant property spans a net 0.62-acres, or 27,045 square feet, and is bound by Northeast 16th Street on the North, North Ocean Boulevard on the West, the La Costa Beach Club Resort on the South and Public Kite Beach fronting the Atlantic Ocean on the East. Pompano Beach-based KEITH is the civil engineer.