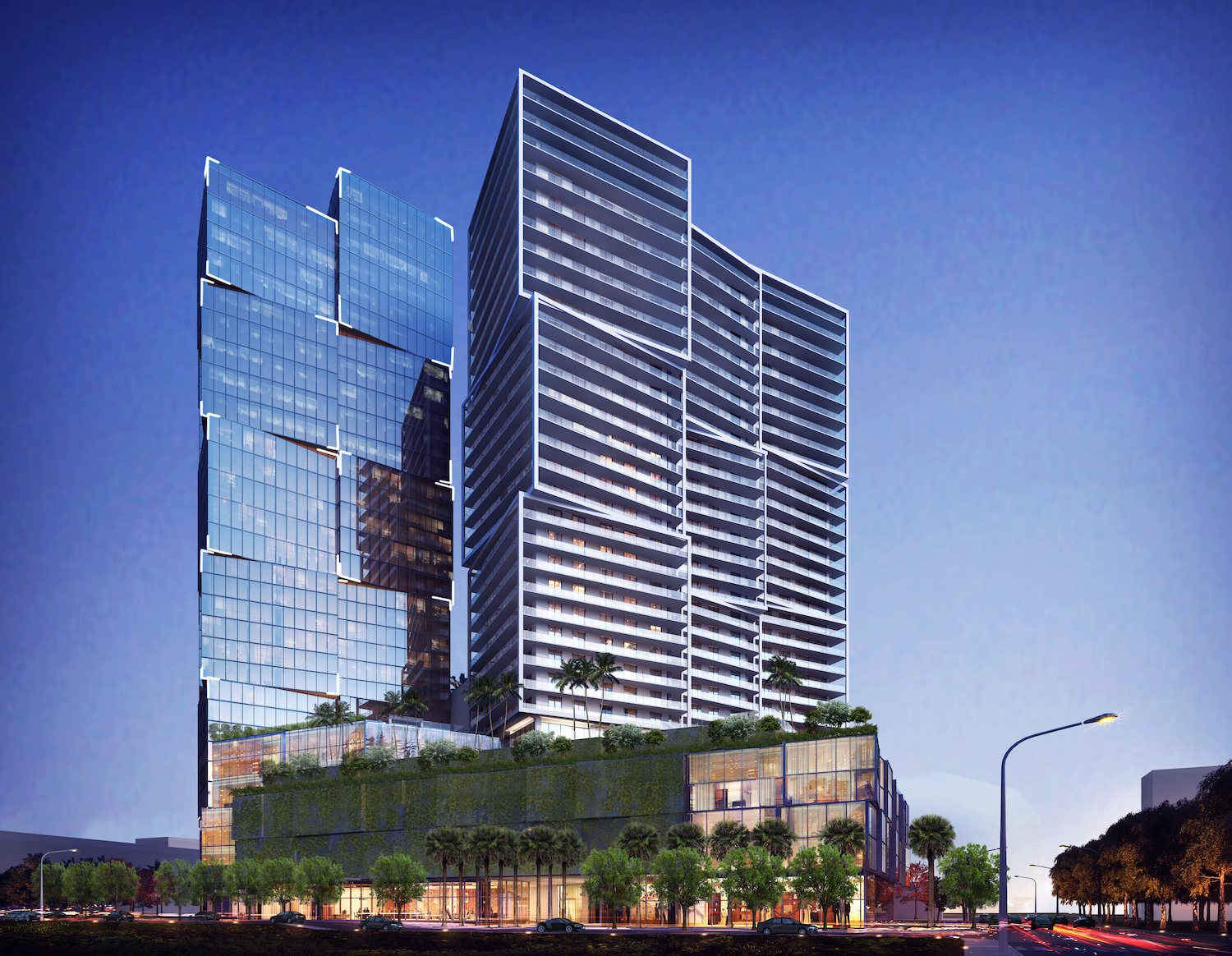 Having worked in the region for many years, leading global architecture firm Arquitectonica has announced the opening of their office in Rosemary Square. Located at 477 South Rosemary Avenue in Downtown West Palm Beach, the office provides close accessibility to the firm’s ongoing projects in design and under construction. This work has served to reinforce their commitment to growing a presence in the region and establishing the new location helps support the firm’s capabilities in Florida that also includes projects in Orlando, Tampa and Jacksonville. 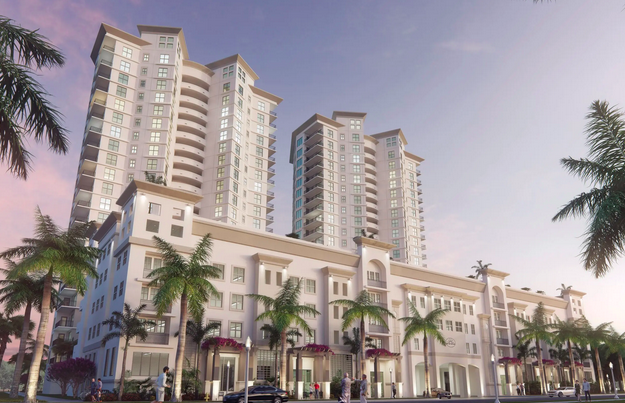 Prima Luce is continuing construction in Fort Myers, Florida. Upon completion, the $127 million luxury complex will offer homes starting in the low $300,000s. 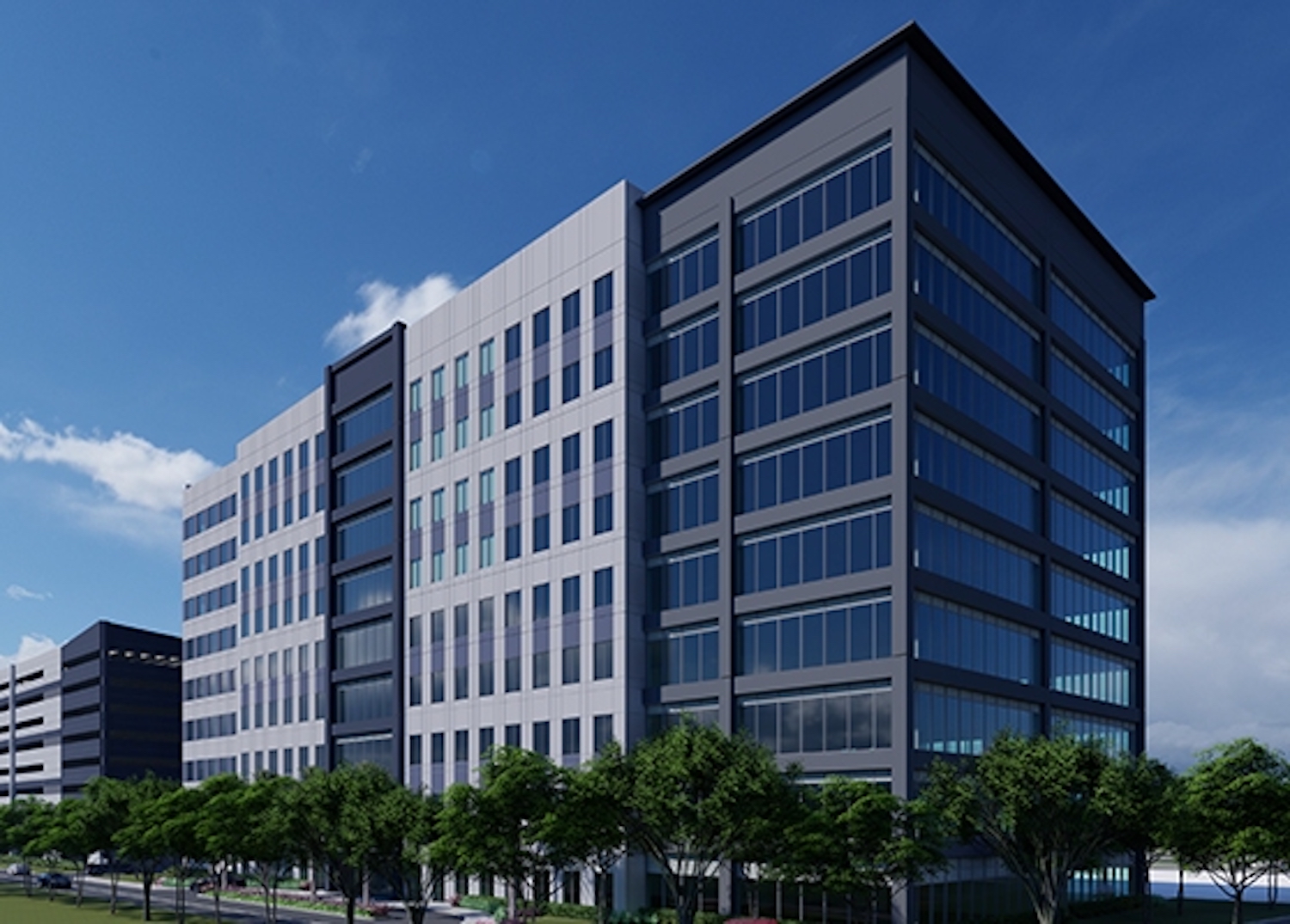 YIMBY recently checked in on the progress of a 9-story office tower and parking garage under construction at The City Center in O-Town West, a mixed-use community located in Orlando’s southwest corridor between the Walt Disney and Universal Orlando markets fronting Interstate-4. Designed and engineered by Apopka-based Finfrock, who is also the precast concrete manufacturer & installer and the general contractor, and developed by Orlando-based Unicorp National Developments, the new tower will yield 350,000 square feet of Class-A office space fit for over 1600 daily employees, and will become the new headquarters for Marriott Vacations Worldwide Corp. The 7.127-acre City Center development site, addressed as 7800 Palm Parkway according to property records, is located at the crossing between Daryl Carter Parkway and Palm Parkway, and will additionally yield a 160-key Zen Hotel, nearly 23,000 square feet of commercial space and a parking structure for over 2000 vehicles. 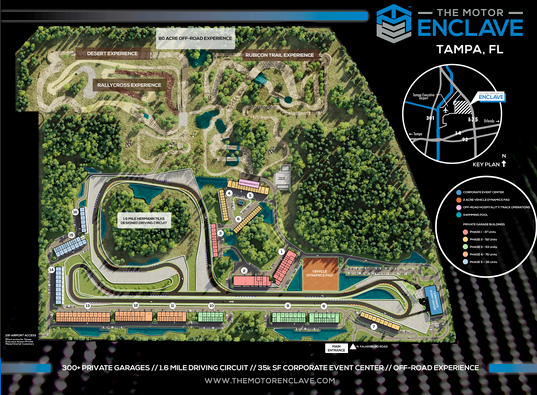 The Motor Enclave in Tampa, Florida, is presently undergoing construction. The Tampa Bay Business Journal reports that the 200-acre site will sit by the Tampa Executive Airport. Upon completion, the luxury development will offer 300 units, starting at around $280,000 each. 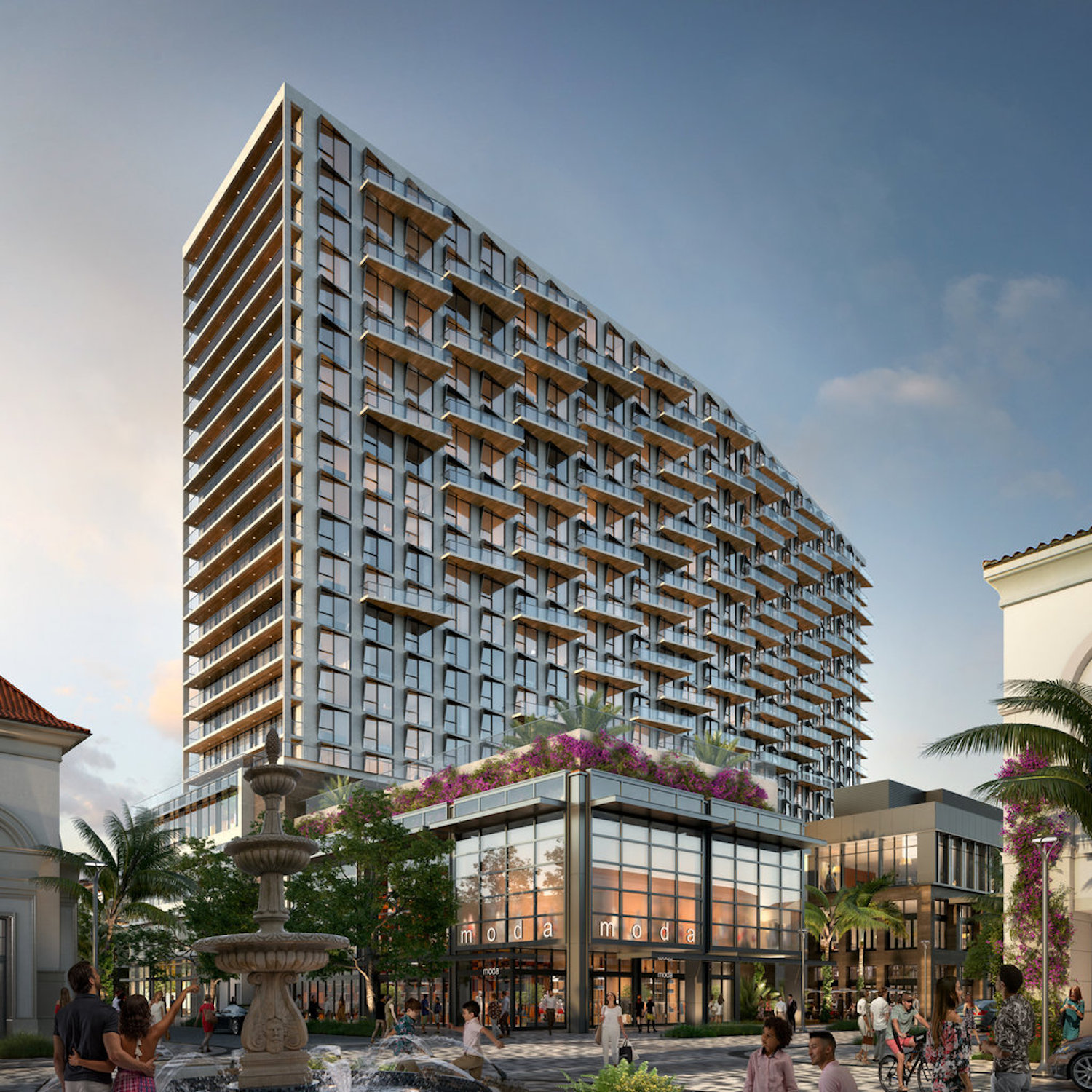 The Federal Aviation Administration received applications for permits to assemble two towers cranes for the construction of 575 Rosemary, a 21-story mixed-use tower to be developed at 575 South Rosemary Avenue in West Palm Beach by New York’s Related Companies, encompassing over 500,000 square feet of new construction including 364 state-of-the-art luxury residences, ground floor commercial space and parking. The project is designed by Boston-based Elkus Manfredi Architects and Omaha-based Leo A. Daly with Meyer Davis leading interior design. The new structure will rise in the heart of The Square, an upscale Mediterranean and Venetian-themed mixed-use complex owned by Related, offering residents easy access to the best of West Palm Beach’s local arts, culture and wellness programming, as well as entertainment and shopping corridors in the downtown area.