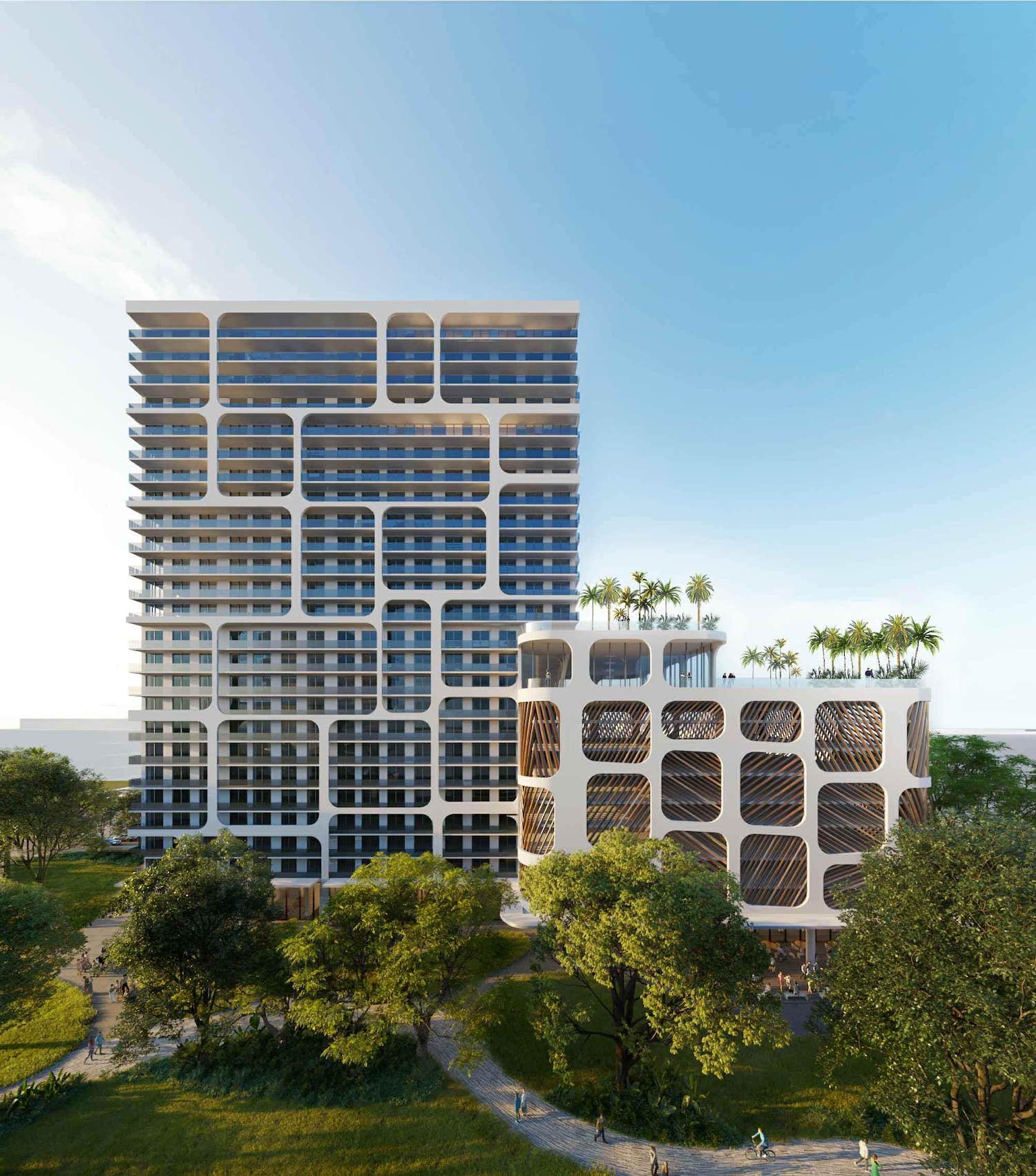 Permits have been filed for demolition work and tree removal at 6001 Northeast 2nd Avenue, a lengthy 6.11-acre stretch of land located within the confines of the Magic City Innovation District emerging at the borders between Little River and Little Haiti in Miami. The site is located specifically located between Northeast 2nd and 4th Avenues with Northeast 60th Street directly to the south and Northeast 61st Street is the northern most thoroughfare. Plaza Equity Partners is listed as the owner of both permit applications, who is developing the mixed-use community along with investment firms Lune Rouge and Dragon Global. Plans for this particular site include an approved multifaceted 25-story residential tower, currently dubbed Parcel 11, designed by Arquitectonica which includes 522,806 square feet of space including 349 luxury residential units, 13,010 square feet of retail space, and an adjacent connected parking and amenities structure with 393 vehicle spaces. 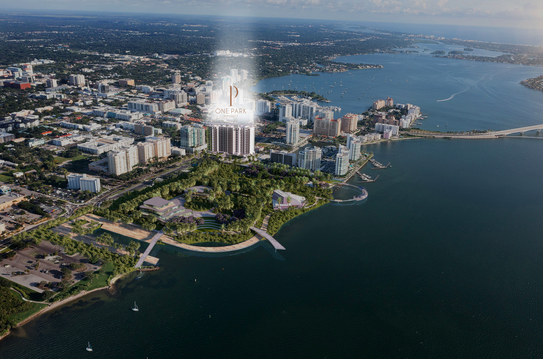 Construction on One Park Sarasota is expected to start later this Fall. The multi-million-dollar venture will offer 123 residences with six penthouses. Homes start at $2.8 million. Most units measure 2,760 square feet to 4,280 square feet––and they come fully furnished. The penthouses (each of which offer three bedrooms) measure 5,500 square feet to 8,460 square feet. 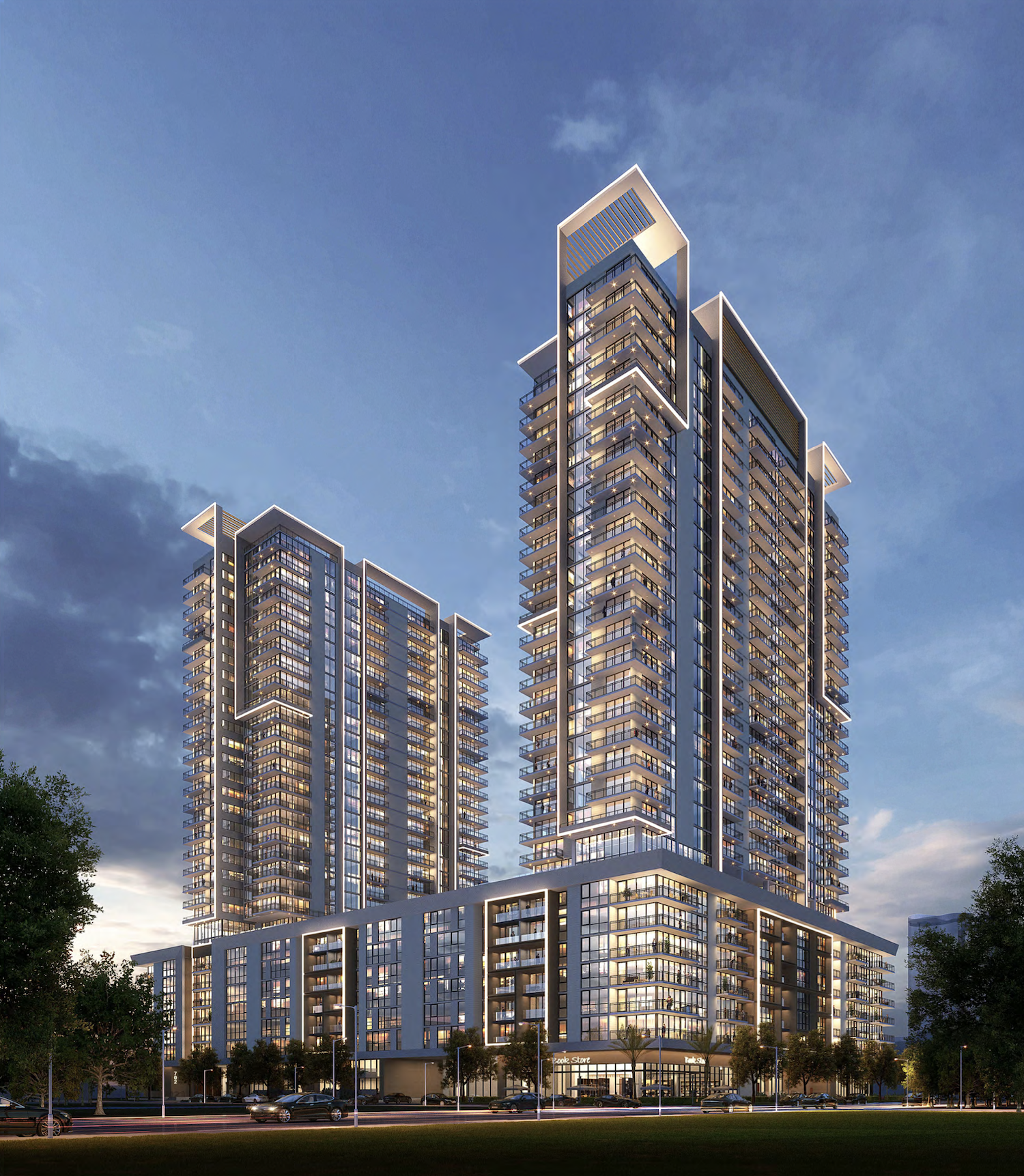 Site plans have been filed for The Benjamin, a 30-story, tw0-tower mixed-use development proposed for 777 Southeast 3rd Avenue in Downtown Fort Lauderdale. Designed by FSMY Architects + Planners for New York-Based developer The Benjamin Companies, the massive 1,170,112-square-foot superstructure would top off at approximately 341 feet and yield 542 residential units, 13,764 square feet of commercial space and 801 parking spaces. Architectural Alliance Landscape is serving as the landscape architect, Botel Thurlow Engineering is the civil engineer and Michael S. Wiener is the land use attorney. Fort Lauderdale’s Development Review Committee will consider plans for The Benjamin this upcoming Tuesday, August 23rd. 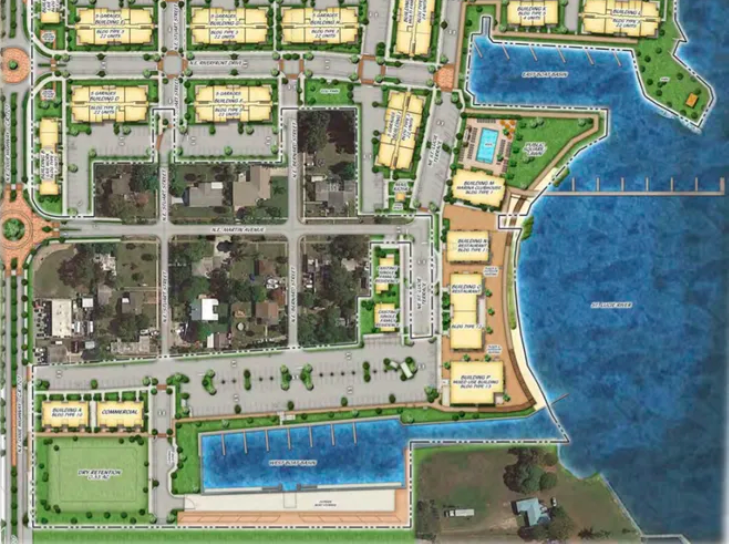 Rio Marine Village could reach completion within the next two-and-a-half years. After being in the works for nearly 15 years, the venture will offer 192 residential townhomes and apartments, per TC Palm.

Mast Capital has unveiled the interiors of Cipriani Residences Miami, the brand’s first ground-up residences in the United States. Designed by the internationally renowned firm 1508 London in collaboration with the Cipriani family, the tower captures the spirit of the brand – recognized for its distinguished style, world-class service and four generations of history and tradition – and features a design language consistent with Cipriani’s understated elegance reminiscent of yacht design. The vision for Cipriani Residences Miami will reinvent luxury in the Brickell neighborhood, known for its high-rise buildings, walkability and enviable water and city views, and epitomize the sophisticated lifestyle that residents will enjoy at the development.